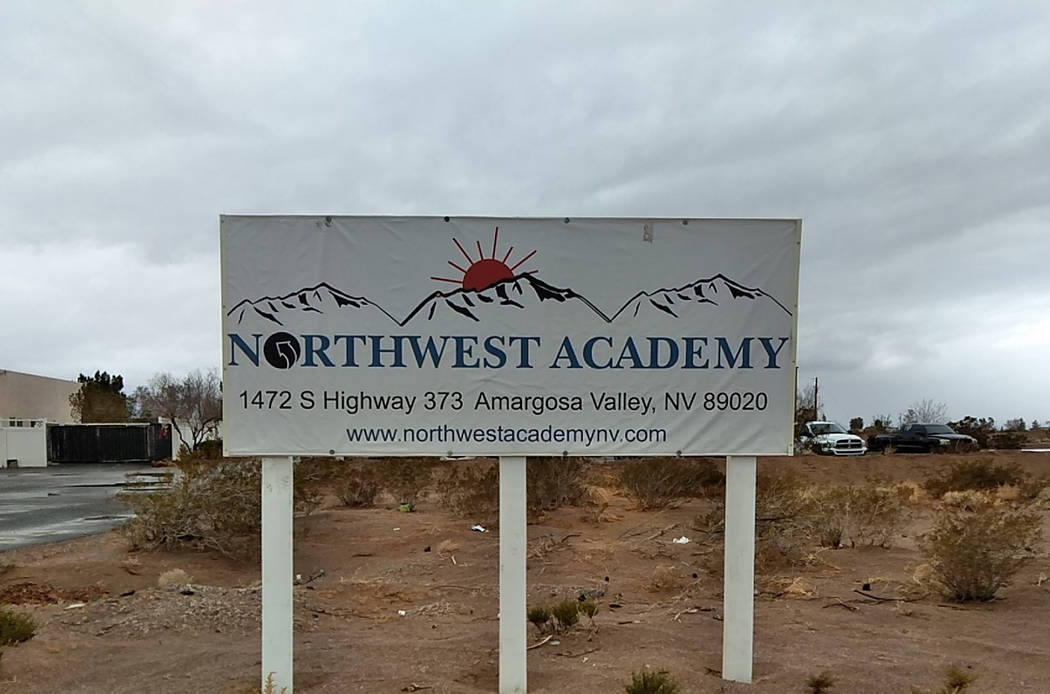 The Nevada Department of Health and Human Services has decided against shuttering an Amargosa Valley boarding school after a visit to the facility showed that steps were being taken to ensure students’ safety, a department representative said Monday.

Officials revealed last week that they were investigating reports of child abuse and water contamination at Northwest Academy, located near the Nevada-California border about 100 miles northwest of Las Vegas in Nye County.

Students are being served bottled water while several government offices work with the school to treat its water for high levels of arsenic and fluoride.

Though a physician’s report supported students’ claims that rashes on their skin was linked to the water contamination, Margot Chappel, deputy administrator for regulatory and planning services for the Nevada Division of Public and Behavioral Health, said a state epidemiologist found that evidence of the link was inconclusive.

“Without that definitive information, it seems premature to shut it down and have to displace and disrupt these kids’ lives and the treatment they may be in,” Chappel said.

According to a December report from the state Department of Conservation and Natural Resources, the facility’s water, which comes from a well, had fluoride levels measuring 2.9 milligrams per liter, above the U.S. Environmental Protection Agency’s recommendation that drinking water not exceed 2.0 milligrams per liter of fluoride.

At its highest, levels measured 3.8 milligrams per liter.

Though the substance, naturally occurring in Nevada’s soil, is added into drinking water to promote dental health, an excess can lead to damage of the teeth, said UNLV assistant professor Dan Gerrity, who studies water treatment.

Updated in 2001, the newest recommendation came after the agency found that the benefits of treating water to attain lower levels of arsenic, also found naturally in the soil, outweighed the costs of treatment, Gerrity said.

“The goal for just about everything is zero, but really that’s unattainable,” he said. “It would be costly to achieve.”

At its highest, the arsenic levels in the water sat at 0.104 milligrams per liter.

Still, long-term exposure could lead to cancer. How long that would take varies from person to person, Gerrity said.

The Department of Conservation and Natural Resources’ Division of Environmental Protection has been working with Northwest Academy since January 2017 to treat its water for contaminants, spokeswoman JoAnn Kittrell said in an emailed statement Monday. The facility stopped treating its water in October 2016.

The division gave the school formal notice in February 2018 that it would need to treat the water by Dec. 31, but the school missed the deadline.

The health department gave parents and guardians the opportunity to pull students from the school Thursday, Chappel said. By Friday afternoon, 12 of the school’s 37 students were removed from the program, leaving 25 under the supervision of eight staff members, she said.

At the time of her visit Thursday, the school had eight, 40-bottle cases of water and eight, 5-gallon jugs of water.

“I flew at 6 in the morning on Thursday from Reno to Las Vegas and drove out to the Amargosa Valley with the explicit purpose of looking to see if the place should be shut down,” Chappel said Monday. “By the end of the day, all of the issues that were being investigated had been addressed in some way or another, and all of the parents had been called to give them a choice.”