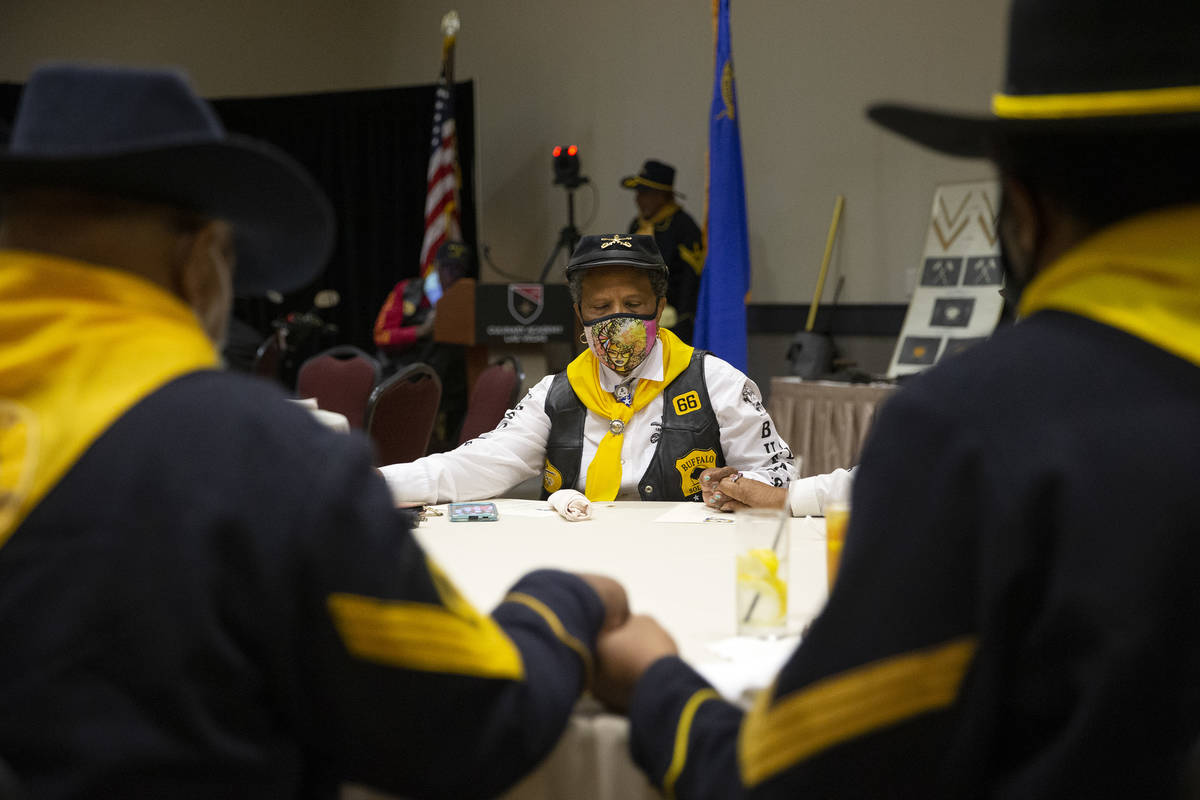 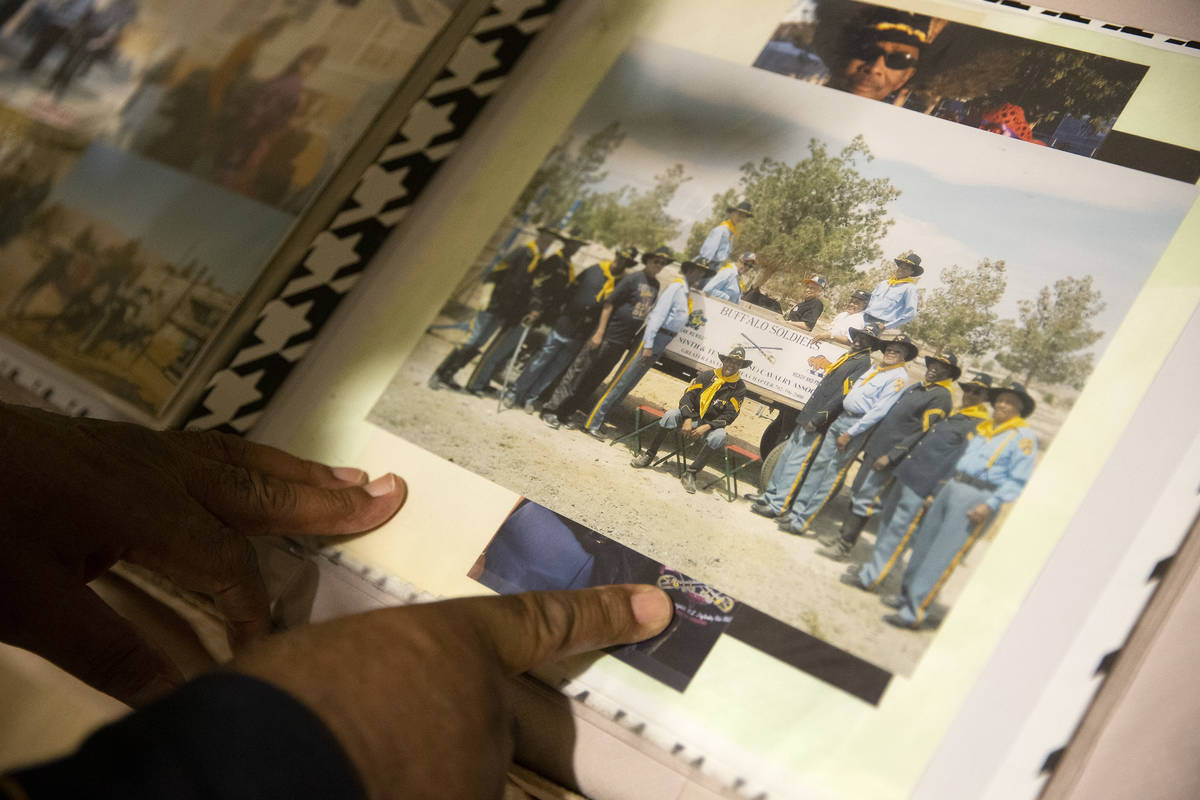 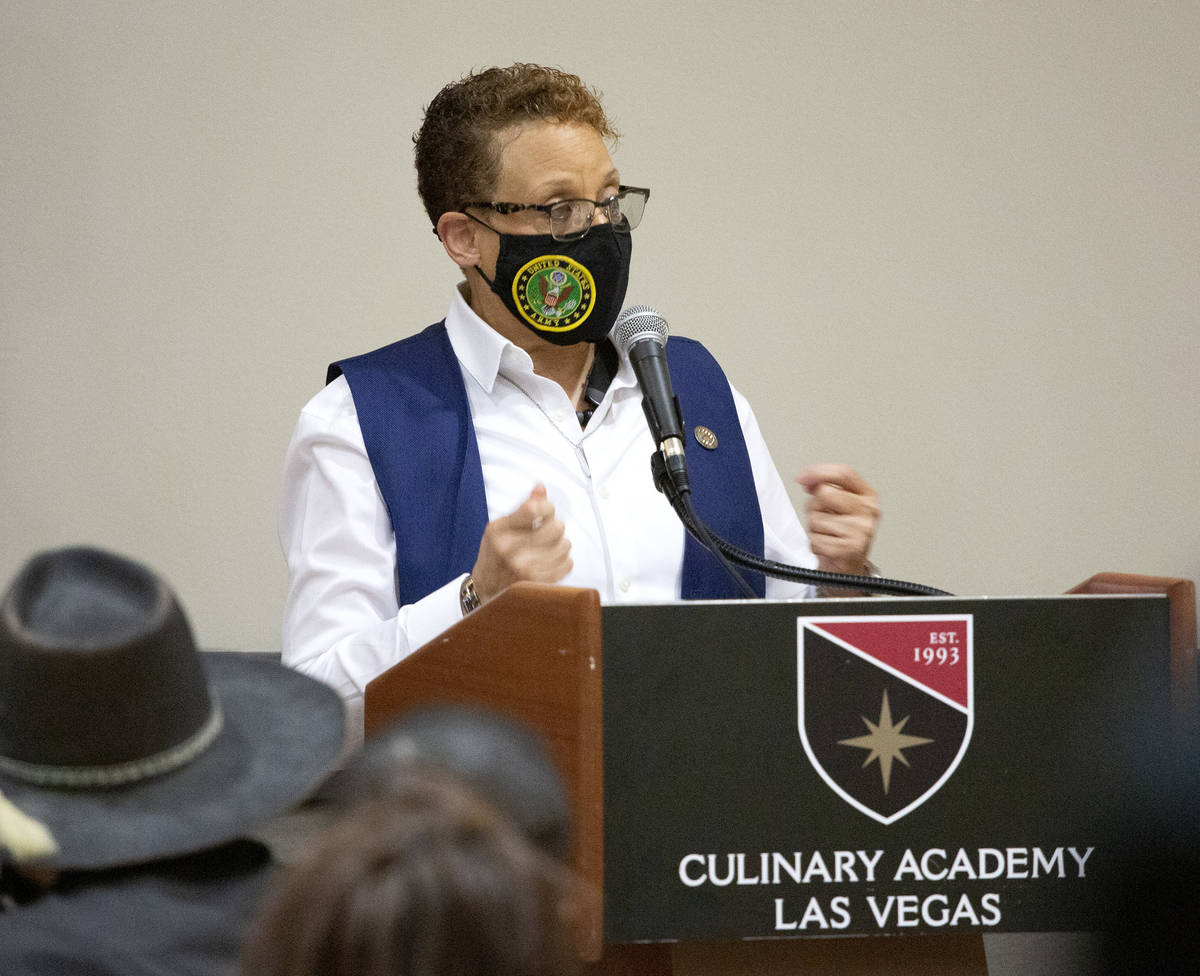 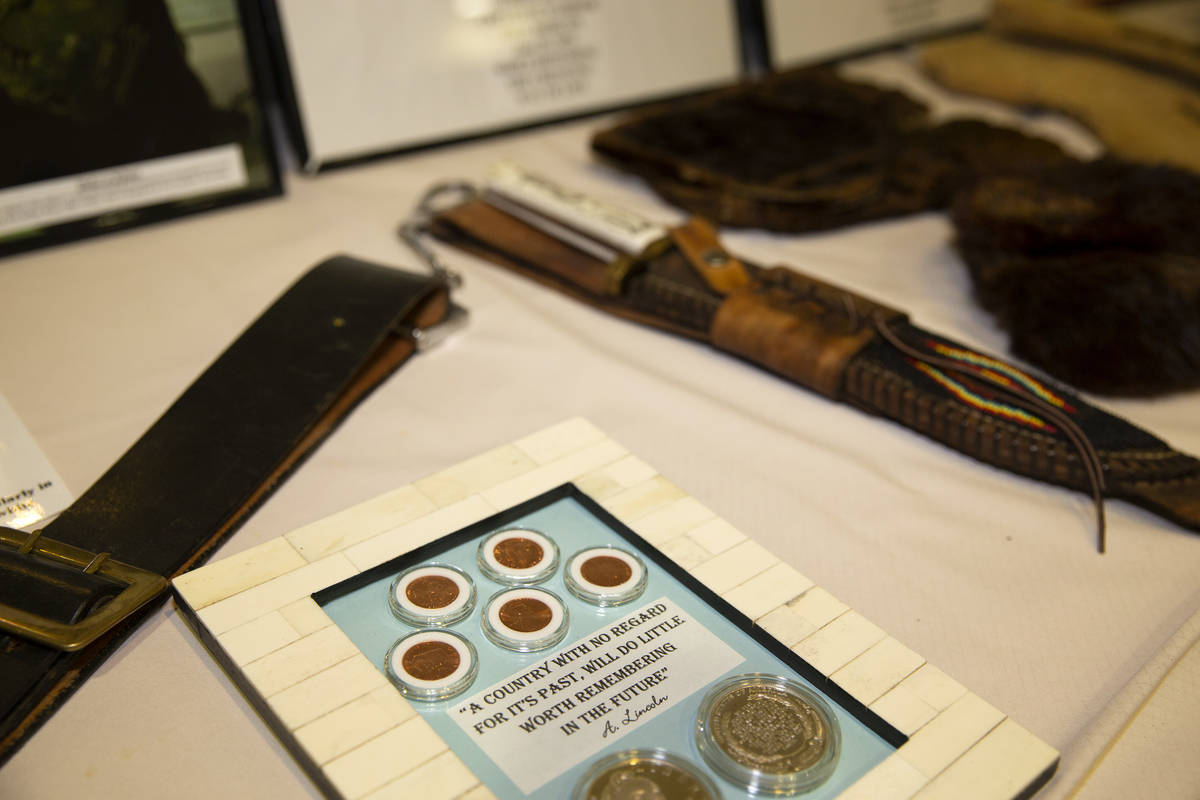 Antiques and memorabilia are displayed during an event for Buffalo Soldiers Day at Culinary Academy of Las Vegas on Saturday, July 24, 2021, in Las Vegas. The Buffalo Soldiers were a group of African American soldiers who served in the American Civil War. (Ellen Schmidt/Las Vegas Review-Journal) @ellenschmidttt 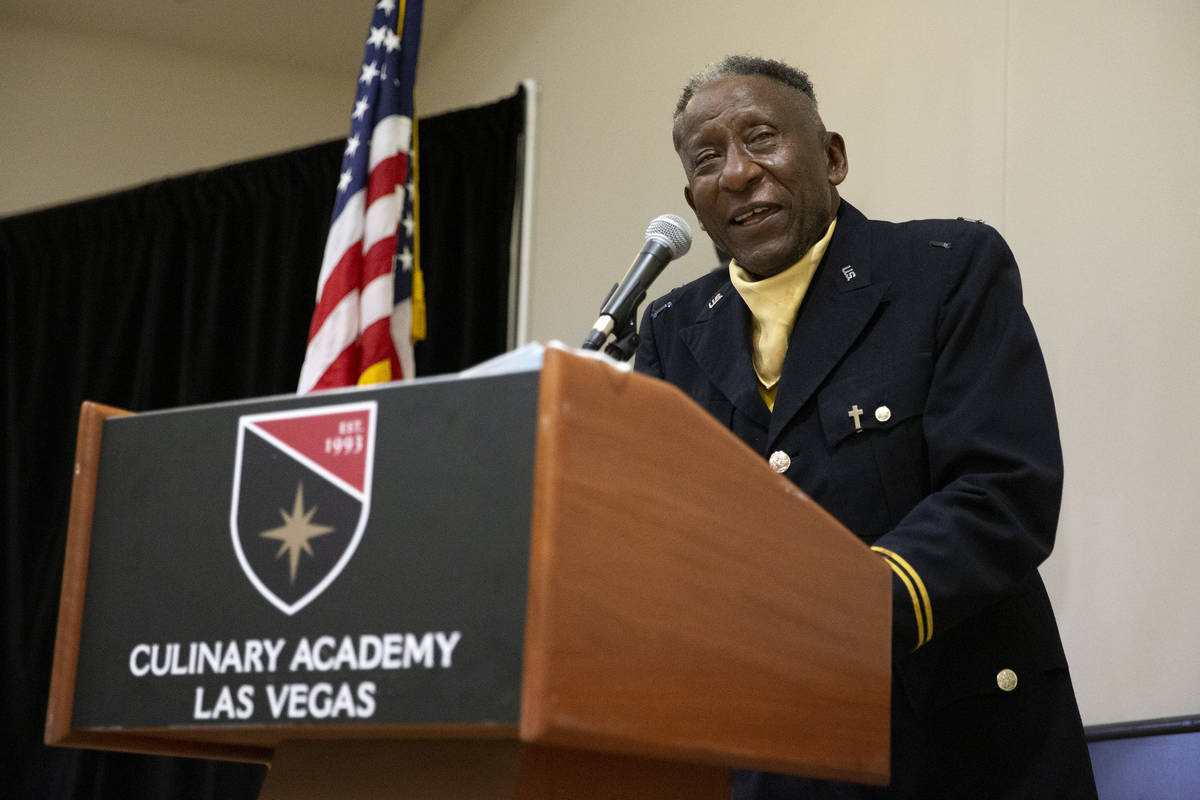 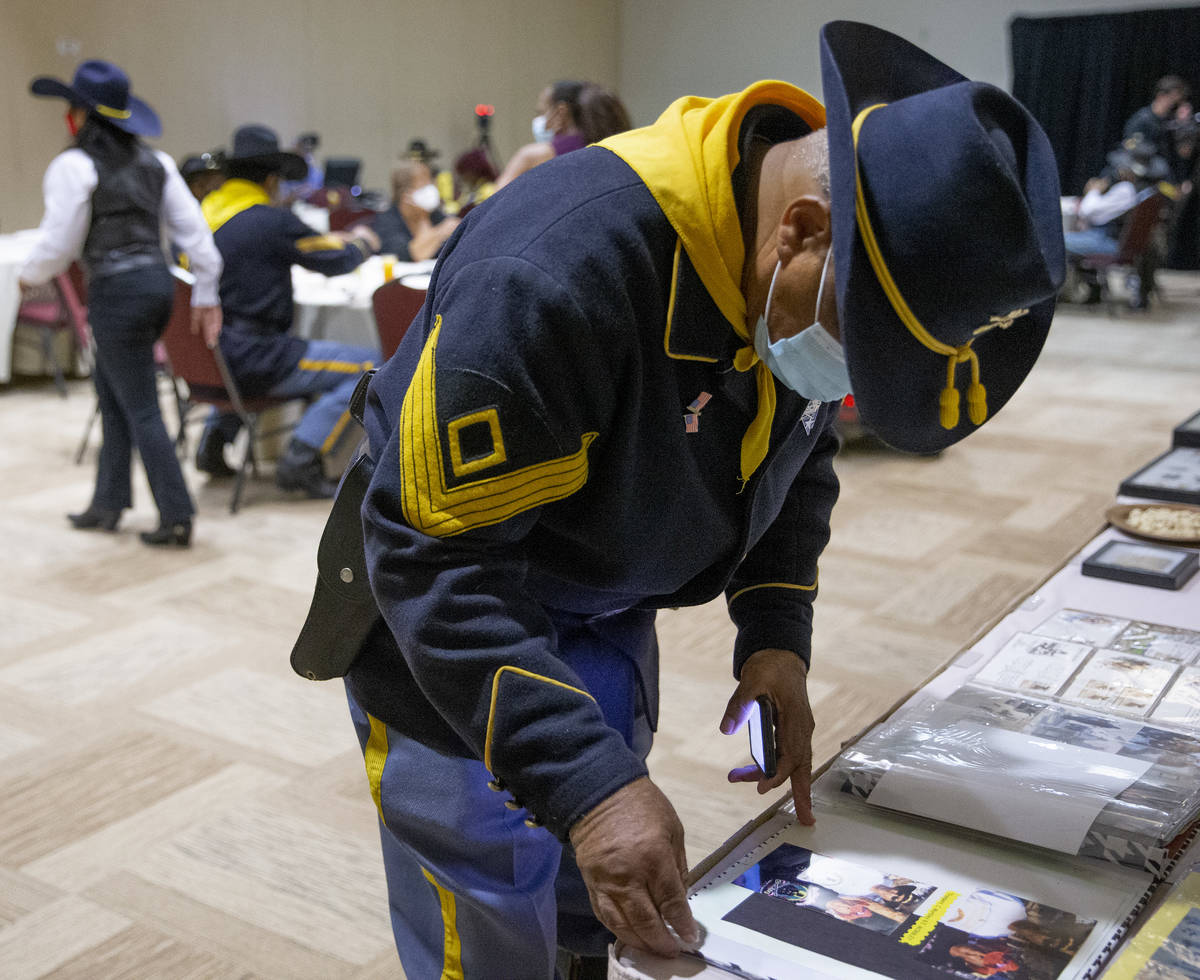 For the third year in a row, a group of history enthusiasts gathered Saturday to celebrate an often overlooked portion of American history: the Buffalo Soldiers.

In 2019, Gov. Steve Sisolak declared July 28 as Buffalo Soldiers Day, honoring the first Black soldiers in a peacetime army. Two cavalry and four infantry regiments were created in 1866, and following the Civil War the men served as some of the first park rangers in the Sierra Nevada and helped expand infrastructure throughout the West.

“We were the first state in the United States to actually have a national Buffalo Soldiers Day,” said JonJon Everet, the association’s vice president. “Other states have developed it now, but we were the first.”

The Buffalo Soldiers were the Army’s all-Black units, although they were led by white officers. Legend says their nickname was started by the Native Americans they fought against, and the buffalo coats they wore in winter.

Everet, who wore a black uniform with the signature cavalry hat and yellow scarf, said the association made up of mostly veterans. They work to preserve Buffalo Soldiers history by giving presentations at schools, he said.

Black people have always been a part of the U.S. military, even as they fought for freedoms not granted to them, Spearman said.

“It is you, the Buffalo Soldiers, that continue to remind this country — we’ve been there from the beginning, and we haven’t left,” she said.

Displayed at the front of the room was a table lined with Buffalo Soldiers and late 1800s military memorabilia collected by Fred Hampton, a veteran and association member. Hampton said that before the COVID-19 pandemic, he taught students in schools about the collection, which includes ceremonial swords, military pins and historic saddles. He’s now planning on donating it to the Southern Nevada Buffalo Soldiers association.

Hampton said the Buffalo Soldiers need to be remembered so people can learn from the racism they faced while in the military.

”History has a tendency to repeat itself,” he said.