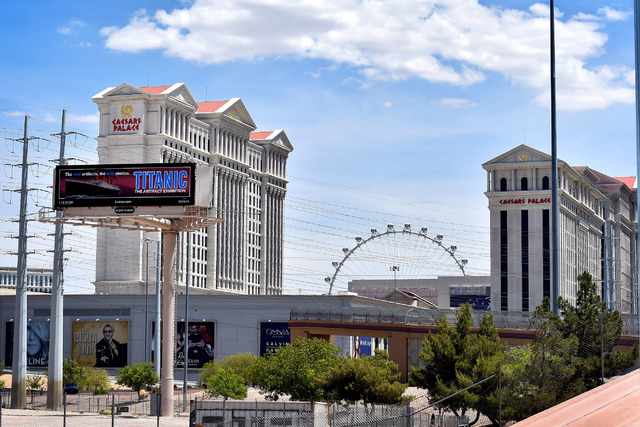 CARSON CITY — Caesars Entertainment Corp. has applied to the Nevada Public Utilities Commission to withdraw as a retail customer of NV Energy and purchase power directly via the wholesale market.

If approved by the PUC, Caesars would become the third large gaming company in the state to abandon the state-regulated energy company in recent months.

In two separate “exit” applications covering its Northern and Southern Nevada properties filed with the Nevada Public Utilities Commission, Caesars Enterprise Services indicated it would be prepared to leave NV Energy as soon as Sept. 1, 2017.

Exit fees would be assessed by the PUC to allow for the departure. The fees are intended to protect remaining customers of the utility for energy investments made in part to ensure a reliable supply of power to the departing companies.

The applications to purchase energy from a new electricity provider are dated Nov. 23 but were just posted to the PUC website.

If its exit is approved by state regulators, Caesars would join Wynn Resorts Ltd. and MGM Resorts International in leaving as retail customers of the utility to seek cheaper electricity on the wholesale market. The two gaming companies left Oct. 1. A third company, Las Vegas Sands Corp., opted not to proceed with its exit application.

PUC staff determine what companies seeking to leave the utility, doing business as Nevada Power in Southern Nevada, have to pay to cover investments already made in infrastructure to ensure a reliable supply of energy to its customer base.

The fees approved by the commission totaled $86.9 million for MGM and $15.7 million for Wynn.

The Nevada Legislature in 2001 approved a process allowing large companies to exit as retail energy customers as a way to lessen price pressures during the energy crisis at the time. Those circumstances no longer exist, but some large companies now are exiting because they expect to be able to negotiate more favorable rates for power on their own.

The first application to leave in recent years was filed by the data storage company Switch, but the commission rejected the proposal on a 2-1 vote in June 2015. Switch later struck a deal with Nevada Power to remain for at least three years. Its exit fee was estimated at $27 million.

But since then, the company has filed a lawsuit in U.S. District Court challenging the denial.

In a letter accompanying the Southern Nevada filing, Caesars says it is considering exiting as a retail customer because of the opportunity to take advantage of a competitive market and because the company has made a commitment to significantly reduce its carbon footprint.

The applications will now undergo a review by the PUC.