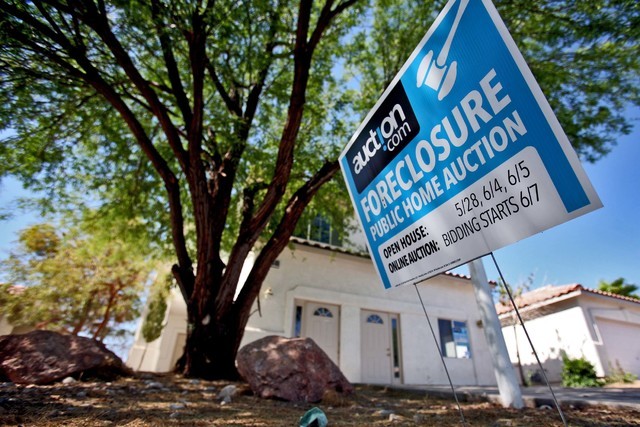 CARSON CITY — Millions of dollars meant to help distressed Nevada homeowners stay in their homes at the height of the recession were squandered by a state contractor on excessive rent, holiday parties, employee gift cards and other luxuries, according to a scathing federal audit released Friday.

In response, the head of Nevada’s Business and Industry Department asked the state attorney general to investigate.

The 60-page audit by the inspector general for the Troubled Asset Relief Program said Nevada should reimburse the U.S. Treasury $8.2 million for inappropriate expenses paid out of the state’s Hardest Hit Fund.

“We did not find isolated incidents, or that waste was under certain leadership,” Special Inspector General Goldsmith Romero said in a statement. “We found a pervasive culture of waste and abuse, coupled with a lack of performance.

“To allow this contractor to remain in this program puts millions of dollars of taxpayer dollars at significant risk and is a lost opportunity to give Nevada homeowners a fresh start to receive these funds.”

The U.S. Treasury provided $202 million in Hardest Hit Funds to the Nevada Housing Division, which contracted management of the program to Nevada Affordable Housing Assistance Corp., a nonprofit organization.

Romero said the corporation used the program as a “cash cow for every expense imaginable while all but stopping admitting new homeowners. That is the textbook definition of waste and abuse.”

Bruce Breslow, director of the Business and Industry Department, said his agency has had concerns about the nonprofit organization’s operations for two years and has been working with Treasury to regain oversight of the program. He welcomed the report and said although he disputes some of the findings, he was taken aback by others.

“We have also asked the Nevada attorney general’s office to immediately open an investigation” and “pursue action against those responsible for any misuse of taxpayer funds,” Breslow said.

Attorney general spokeswoman Monica Moazez said the office became aware of the audit Friday and will review the matter.

Creation of the Hardest Hit Fund was a response to the recession and financial crisis that left thousands of homeowners owing more on their homes than they were worth. Nevada was among the first states to receive funding to help eligible homeowners with mortgage modifications, principal reductions and accelerated short sales.

The program is to expire next year.

Rep. Dina Titus, D-Nev., said she was angered by the housing division’s lack of oversight and criticized what she called the state’s “Rube Goldberg-esque system, bloated with administrative costs.”

“While our economy continues to improve in the aftermath of the recession, the state’s indiscretion highlighted in the report may jeopardize its future ability to garner federal assistance that can help Nevada families,” she said.

The audit found that from October 2014 to July, the corporation’s CEO, Michael Hanley, received $500 per month, or $11,000 total, as a car allowance for a Mercedes Benz and more than $20,000 in severance when he was terminated. Hanley was terminated in May but paid through July per terms of his contract, records show.

The agency also spent more than $10,000 in federal funds at restaurants, a casino and a country club, and on catering and employee gifts. Hanley also received a $4,500 performance bonus, the audit said.

Although the agency was reducing its workforce, in 2014 it moved into new office space at North Las Vegas City Hall, nearly doubling its monthly rent from $6,000 to $11,200, the audit said. After a year, it moved again into smaller, cheaper quarters, and spent $20,000 on moving costs and new furniture, as well as $19,000 in lawyer fees for entering into and terminating lease agreements.

Funds were also used to pay lawyers to defend against a federal labor investigation and employee discrimination lawsuits, the audit said.

Breslow said the nonprofit organization is not a state agency, although in its earlier years state housing officials were on the nonprofit’s board. That changed about two years ago when two state employees who were on the board left, and the corporation replaced them with other members. State participation was relegated to an advisory role.

“From that point forward the money stopped flowing and the housing division’s attempts to try to intervene were blocked,” he said. “We’ve been working with Treasury for two years to get NAHAC to change its ways.”

“Many of NAHAC’s operational decisions are determined at closed board sessions where neither the Housing Division nor the HHF advisory committee are allowed to attend,” the letter said. “NAHAC believes itself separate from other state nonprofits, does not subscribe to the Nevada Open Meeting Law, and works without transparency. Furthermore, NAHAC does not make its location available to the public or have a published telephone number.”

Since the management shake-up this summer, Breslow said new leadership has been installed and the nonprofit organization’s bylaws amended to give the state greater oversight.

Verise Campbell, former deputy director of Nevada’s Foreclosure Mediation Program, was recently hired as chief operating officer, and board members include three appointments by the state.

“The new NAHAC board and the new COO were put in there to fix this mess,” Breslow said.

Although the audit recommended $8.2 million “in waste and abuse” be refunded to the U.S. Treasury so it can be put back into the program and distributed to Nevada homeowners, Breslow said his department believes “no more than $200,000 ultimately may be in question.”

He said it will be up to the U.S. Treasury to determine the final amount but added, “Whatever the number, those responsible should be held accountable.”