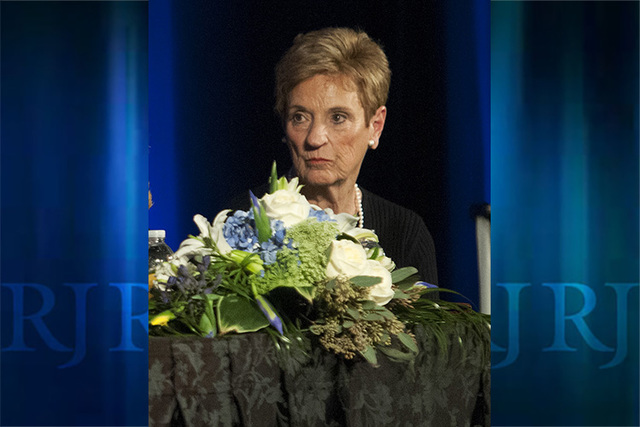 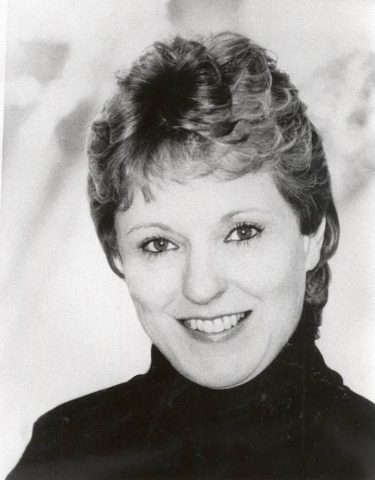 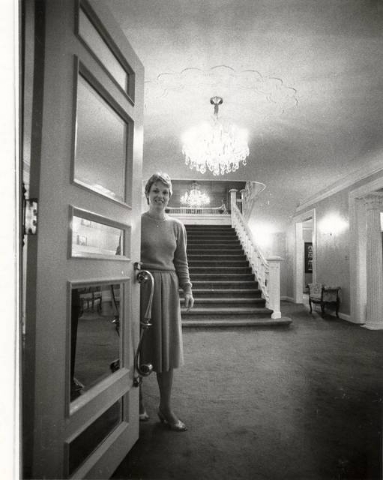 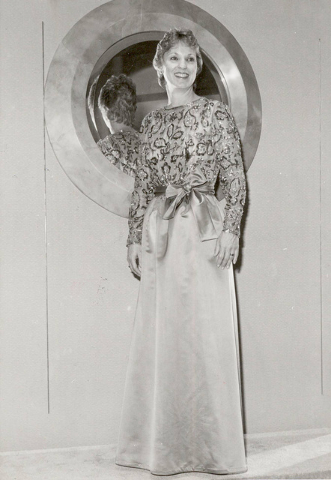 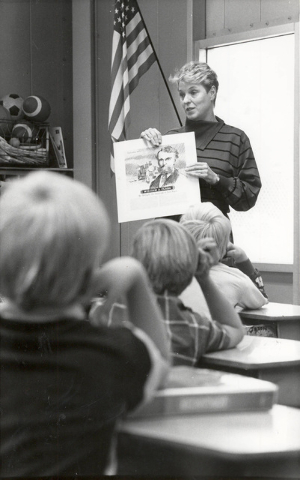 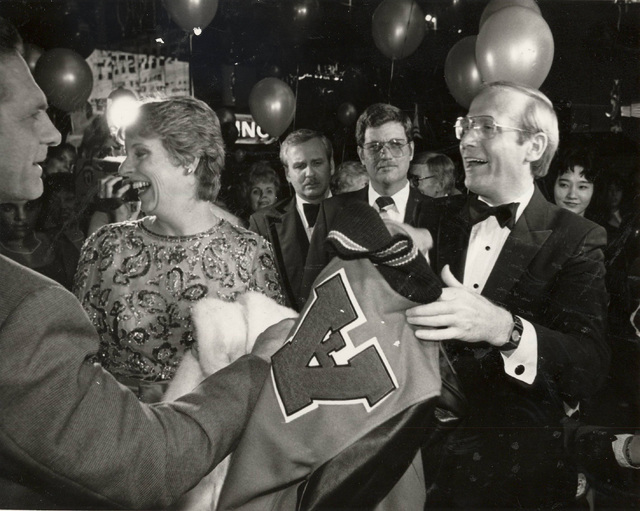 Bonnie Bryan is seen in this file photo with her husband, Former Gov. Richard Bryan, as he receives a letterman jacket as a memento of his days as a student at Las Vegas High School, Jan. 31, 1983. (Review-Journal File) 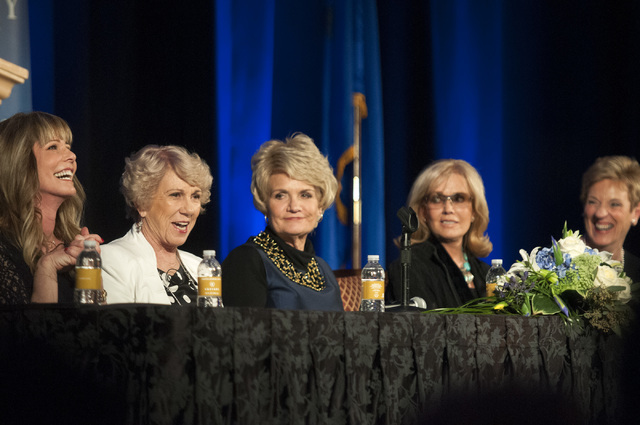 She was surrounded by her husband and family.

“I know I speak for many Nevadans who saw Bonnie as a splendid example of a First Lady and a superb role model for so many young people,” Bryan family spokesman Greg Ferraro said.

“A family favorite, Bonnie will be profoundly missed by her husband, her three children and their families, and her legion of friends,” he said. Their children include Leslie, Blair and Richard Jr.

“Her tireless work on behalf of our state won’t soon be forgotten,” Ferraro said.

“Married to Senator Bryan for 54 years, Bonnie, with her kindness and authentic warmth, left an indelible mark on the state she loved so much.”

Former Attorney General Catherine Cortez Masto said in a tweet: “Awful news on the passing of Bonnie Bryan. She made Nevada proud as our First Lady. My thoughts are with Sen. Bryan and his family.”

Awful news on the passing of Bonnie Bryan. She made Nevada proud as our First Lady. My thoughts are with Sen. Bryan and his family.

Gov. Brian Sandoval tweeted: “Bonnie Bryan epitomized elegance & strength of character with a passion for NV and devotion to her husband. My thoughts are with her family.”

Bonnie Bryan epitomized elegance & strength of character with a passion for NV and devotion to her husband. My thoughts are with her family.

Nevada State Democratic Party Chair Roberta Lange and Regent Sam Lieberman released the following joint statement: “Bonnie Bryan was a woman of valor who built a remarkable life focused on her family, her faith, and the citizens of Nevada. She was a champion for Senator Bryan and the issues he fought for, but she was also a strong and compassionate voice in her own right for our state and our party.”

Bonnie Bryan was born in Lodi, California, on June 24, 1939. She met Richard Bryan while attending college at the University of Nevada, Reno.

Bonnie Bryan served as first lady in the Governor’s Mansion in Carson City from 1983 to 1989. She then spent much of her time in Washington, D.C., after Richard Bryan was elected to the Senate, where he served from 1989 to 2001.

“I attribute my success to the fact she’s been my number one supporter,” Bryan said.

Bonnie Bryan said she regretted being absent from Nevada while she was in Washington, noting she spent much of her time at museums, the Library of Congress and other points of interest.

But she never regretted the public life that came with being married to a man who spent much of his life in public service putting in 12- to 14-hour work days.

In a YouTube video recorded for the Nevada Women’s History Project by Women of Diversity Productions, Bryan said she always knew her husband wanted to enter politics.

“However, knowing that he was going to be interested in it and living that kind of life are two totally different things,” she said.

But Bryan said doing it together at such a young age prepared her for the job.

Two programs Bryan said she was proud of as first lady was the Bonnie Bryan Brown Bag Program, which allowed senior citizens to take their prescriptions to a pharmacist to make sure they were taking their medications properly.

A more controversial program was a safe ride program in Northern Nevada to give rides home to teenagers who had been drinking.

“It was really successful … because the teens worked the program,” Bryan said.

Insurance costs forced an end to the program, she said.

Bryan was also active in many organizations during her time as first lady, including serving on the boards of the state chapter of the American Lung Association, the Sierra Arts Council and the Campfire youth organization, as well as the Alumni Association and Advisory Committee for the College of Arts and Sciences at UNR.

Bryan also worked with the state Tourism Commission and accepted invitations to talk about Nevada to groups around the country and world, from Ireland to Anchorage, Alaska.

After her service in the mansion, Bryan said she worked on a program to teach flag etiquette to young children.

Bryan was also involved in Arbor Day activities, and in 1986, she and representatives from each of Nevada’s 17 counties got out shovels and planted young trees between the century-old American elms that surrounded the state Capitol to act as replacements once the older trees succumbed to age or disease.

In the YouTube interview, Bryan welcomed the addition of an event center built next to the Governor’s Mansion to host large events.

“I remember our kids would come home and want to make tacos or chocolate chip cookies or do the things teenagers want to do and I said, ‘Well you can’t do that, we’re having an event here.’” she said.

The addition made the Governor’s Mansion much friendlier for families, Bryan said.