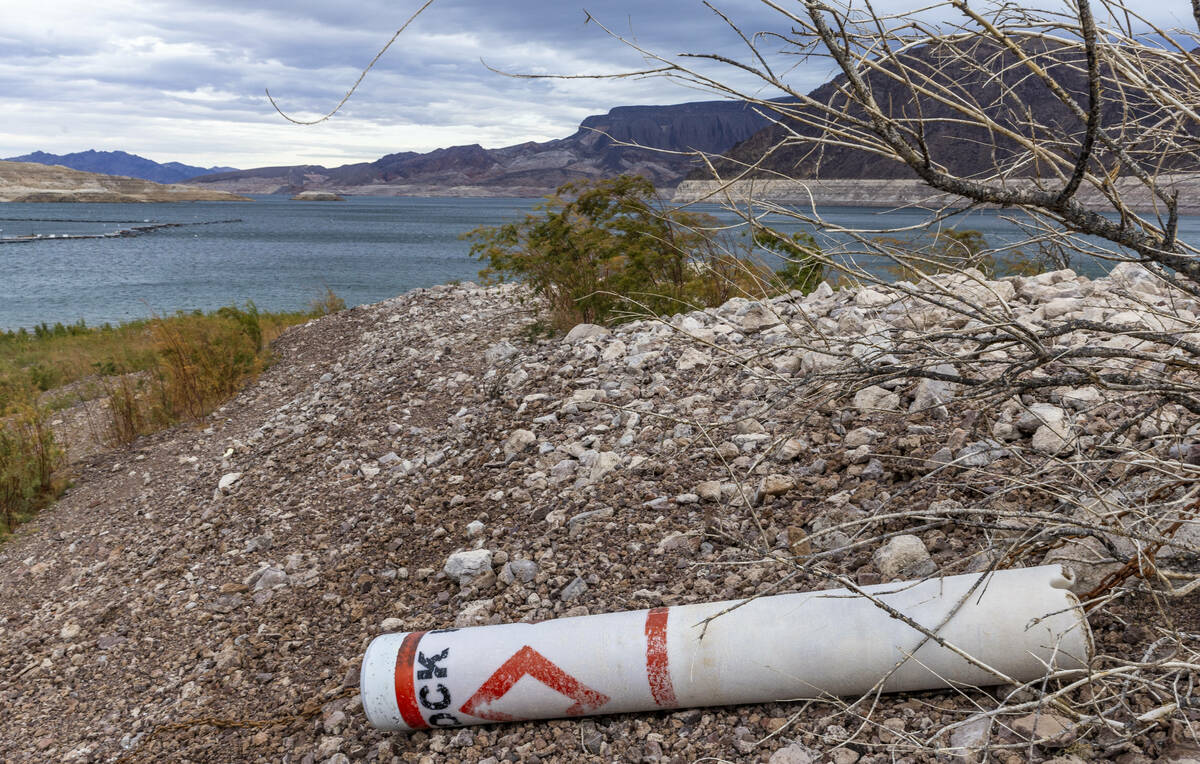 A floating marker buoy remains tethered to the ground formerly in the water as the level continues to recede at the Lake Mead National Recreation Area on Tuesday, Dec. 27, 2022, in Boulder City. (L.E. Baskow/Las Vegas Review-Journal) @Left_Eye_Images 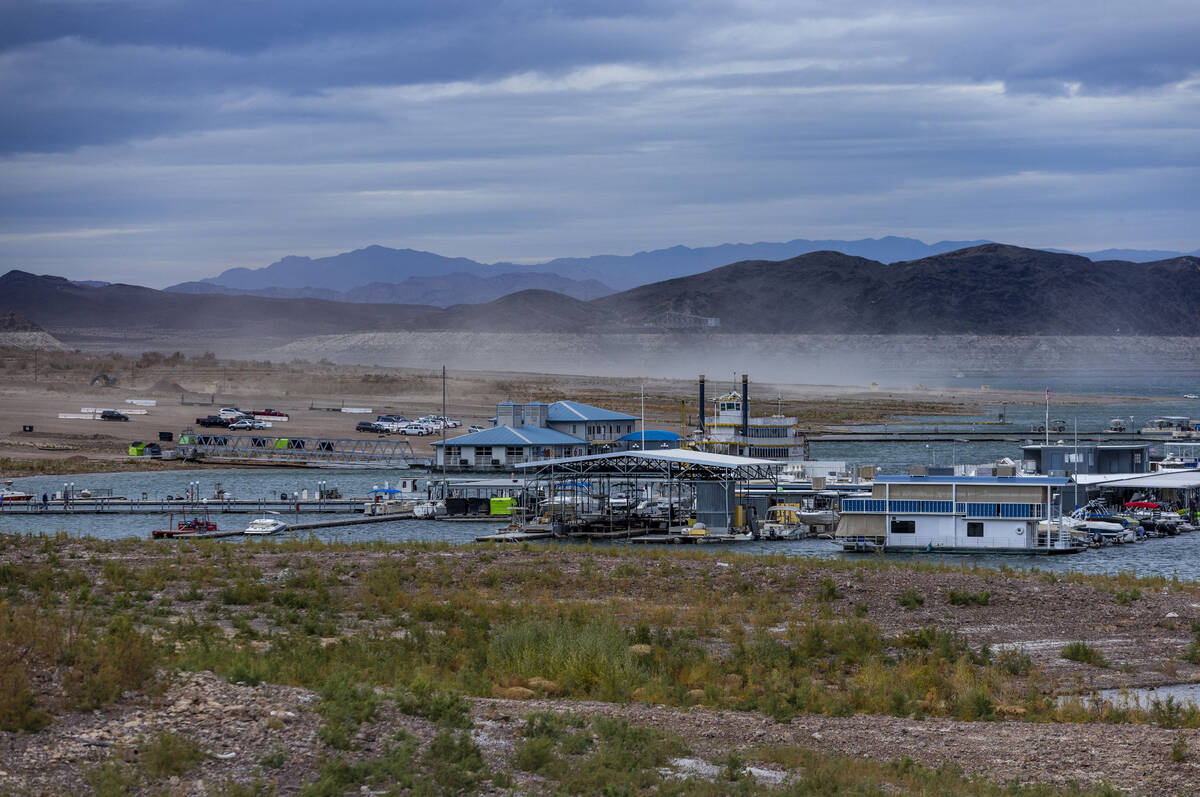 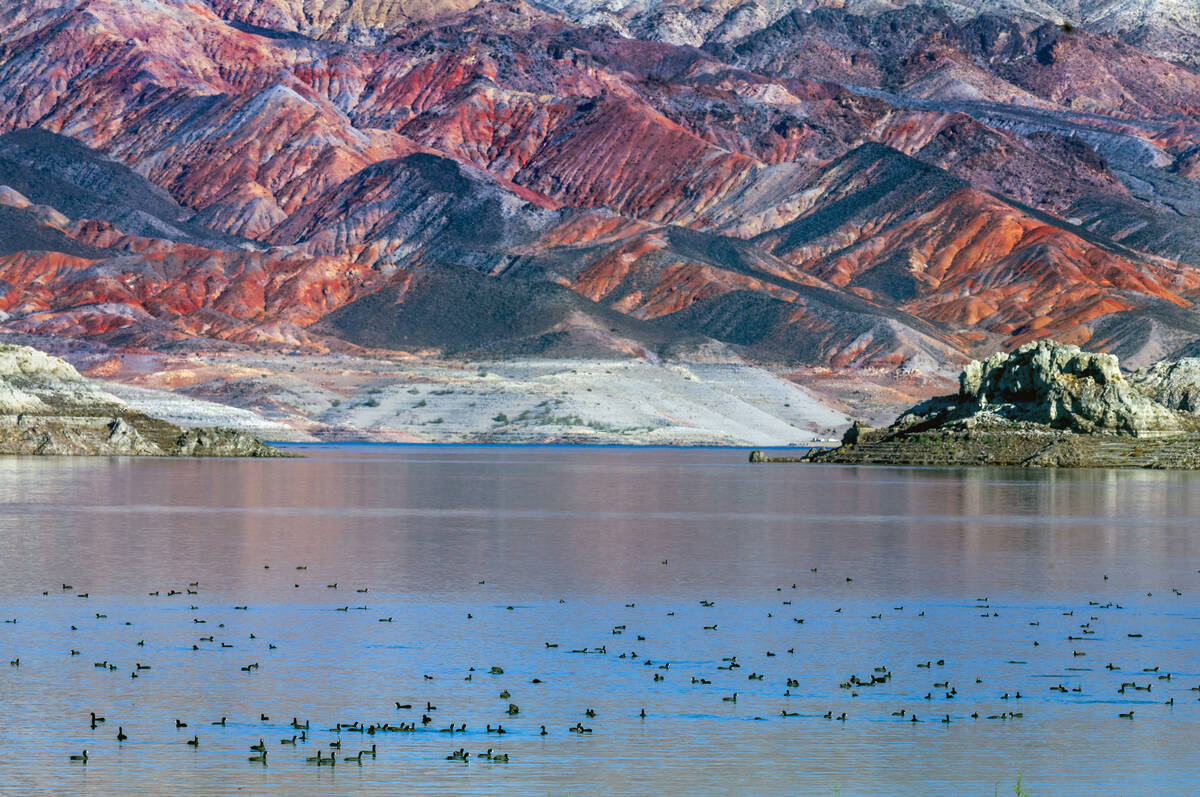 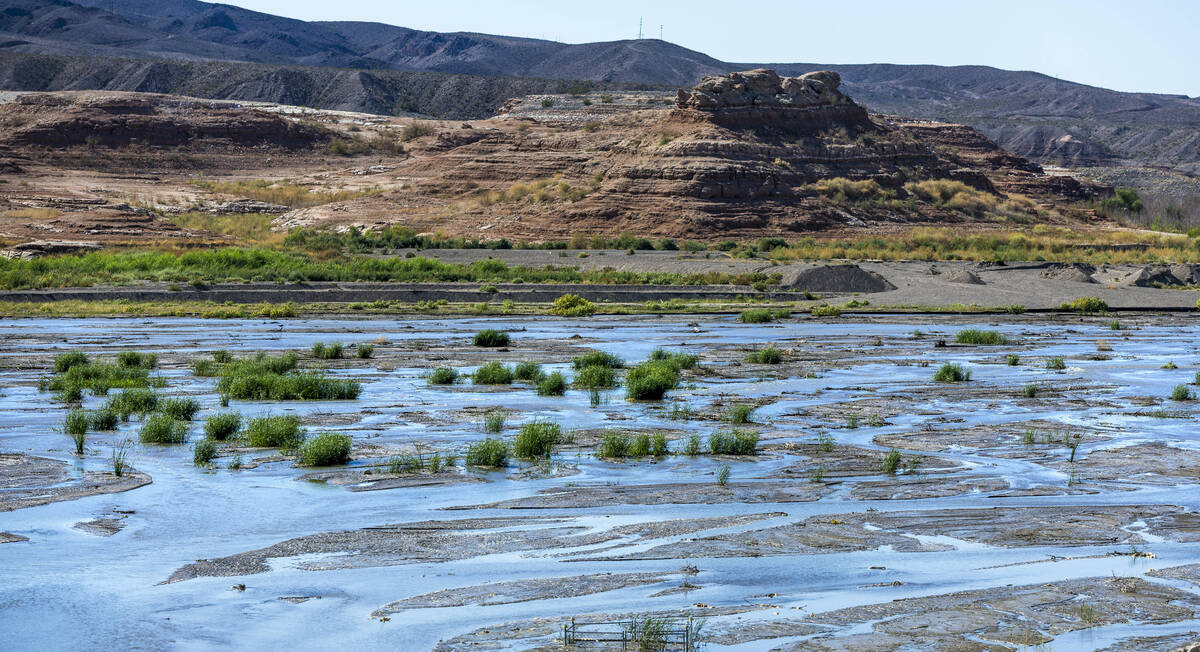 Parts of the lake are becoming more like marshes as here near Government Wash at the Lake Mead National Recreational Area on Tuesday, Oct. 18, 2022, near Boulder City. (L.E. Baskow/Las Vegas Review-Journal) @Left_Eye_Images

Hefty snowfalls from a series of atmospheric rivers have brought a slightly rosier outlook for the beleaguered Colorado River.

While not enough to fend off the falling water levels entirely, the snow that has dropped in recent weeks across the mountains that feed the river is expected to slow the decline at Lake Mead, according to the latest federal projections released last week. Forecasters now expect Lake Mead to finish this year around 1,027 feet elevation, about 19 feet lower than its current level. That’s about 7 feet higher than the 2023 end-of-year elevation in the bureau’s forecast from last month.

As for Lake Powell, the reservoir located on the Utah-Arizona border is now expected to finish 2023 at 3,543 feet, or 16 feet higher than last month’s forecast and about 19 feet higher than its current level.

Still in a shortage

While the projections have improved with the snowpack, the forecasted levels mean that Lake Mead would remain in shortage conditions for at least a third consecutive year.

“I think the big picture is that we’re dealing with some very long-term deficits along the Colorado River system,” said Steph McAfee, the state climatologist and a professor at the University of Nevada, Reno. “A good year is good news. And I don’t want to diminish that. But it’s not going to fix the problem.”

The basin has been aided heavily by a series of nine atmospheric rivers that battered much of the West over a three-week period that started days after Christmas. Snowpack numbers across the region are far above average, with some parts of California and Nevada currently near or more than 200 percent of average for this point of the year.

For the Colorado River, the majority of the runoff will be snow melting off the Western Rockies where the snowpack currently sits at a healthy 146 percent of average.

The April through July snowmelt runoff is expected to swell the river to 117 percent of its 30-year average as that snow melts and runs downstream to Lake Powell, according to the latest projections from the Colorado Basin River Forecast Center. That’s a substantial uptick from the 79 percent of average that the center had forecasted for the river last month.

The question now is whether that wet trend will continue — something that is very difficult to predict for the upper Colorado River basin, McAfee said. One encouraging sign for the basin as a whole has been the cooler-than-normal temperatures, which she said has helped keep the snowpack from melting off too early.

Meanwhile, the seven states that pull water from the Colorado River are scrambling to come up with an agreement for how to cut an unprecedented amount of water use along the river starting this year. Federal officials say the effort is needed to prevent the country’s two largest reservoirs from crashing to levels that would threaten hydropower generation and water delivery operations at Hoover and Glenn Canyon dams.

Bureau of Reclamation officials have given the states until the end of January to agree to a consensus proposal for how to make those cuts, or risk the federal government taking those actions on its own.

“Even if we had enough good years in a row to bring Lake Mead back up to where it was in 1984 and 1985, we would still have to deal with this issue in the future,” McAfee said. “So we might as well figure out how to deal with it now.”