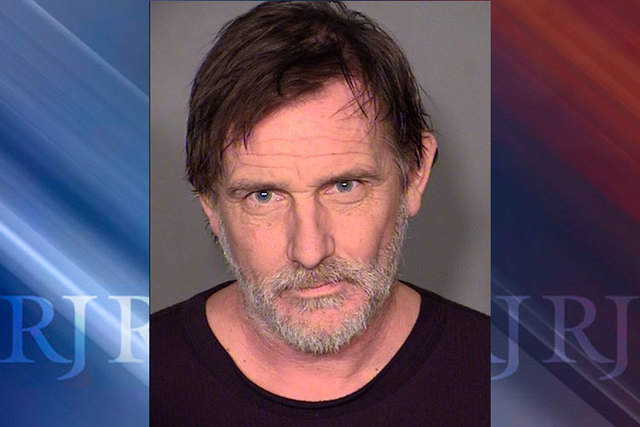 A Laughlin man convicted of second-degree murder for killing his octogenarian father was sentenced Tuesday to 18 to 45 years in prison.

Thomas Supranovich, 52, was convicted by a Clark County jury Sept. 28 of second-degree murder. At the Regional Justice Center on Tuesday he was sentenced to 25 years in prison with possibility of parole after 10 years and a consecutive enhancement of eight to 20 years in prison for killing a victim 60 or older.

Prosecutors said the son had used a pillow to smother his father, Demetry Supranovich, 88, who was found facedown and naked on a cushionless living room love seat in their Laughlin residence on Sept. 20, 2014. A medical examiner determined Supranovich had been dead for at least 20 hours before he was found.

At trial prosecutors pointed to a small blood stain on a pillow they said Thomas Supranovich had used to smother his father. They said the stain came from a cut on the elder man’s mouth.

Defense attorneys argued that Supranovich hadn’t killed his father. On Tuesday, Supranovich reiterated the claim, reading a long list of arguments for the murder’s impossibility to District Judge Susan Johnson. He later tried to interrupt his brother, Daniel Supranovich, who was making a statement.

In checking Thomas Supranovich for weapons after the body was found, police recovered a pile of cash and a check book and debit card in the name of the dead man. Police later learned he took $3,300 from his father’s bank account in 11 withdrawals over 20 days before the killing.

Prosecutor John Giordani said Demetry Supranovich was manipulated and taken advantage of. He said the elderly man was in hospice care and had tried for a month to oust his son from the house.

“He was crying out for help,” Giordani said. “Unfortunately, the system failed him in that regard and the son was able to stay with him and basically suck him dry until ultimately taking his life.”

In court Tuesday, Thomas Supranovich read excerpts from a letter he sent Johnson in which he argued that his father couldn’t have been smothered. He contended there were no abrasions or scrapes on his father’s face and the blood trailing from his mouth wasn’t smeared.

He asked Johnson to vacate the judgment or postpone sentencing. She refused.

Daniel Supranovich later said the case has been a nightmare for him and his family. He said he lost both his father and his brother.

“The difference between those people who care and those that don’t is seen easily today by the arrogance of what you’ve seen in the total denial of any responsibility on his part,” he said of his brother. “I will never be able to create another memory with my father, good or bad or indifferent, it doesn’t matter, it was robbed from me.”