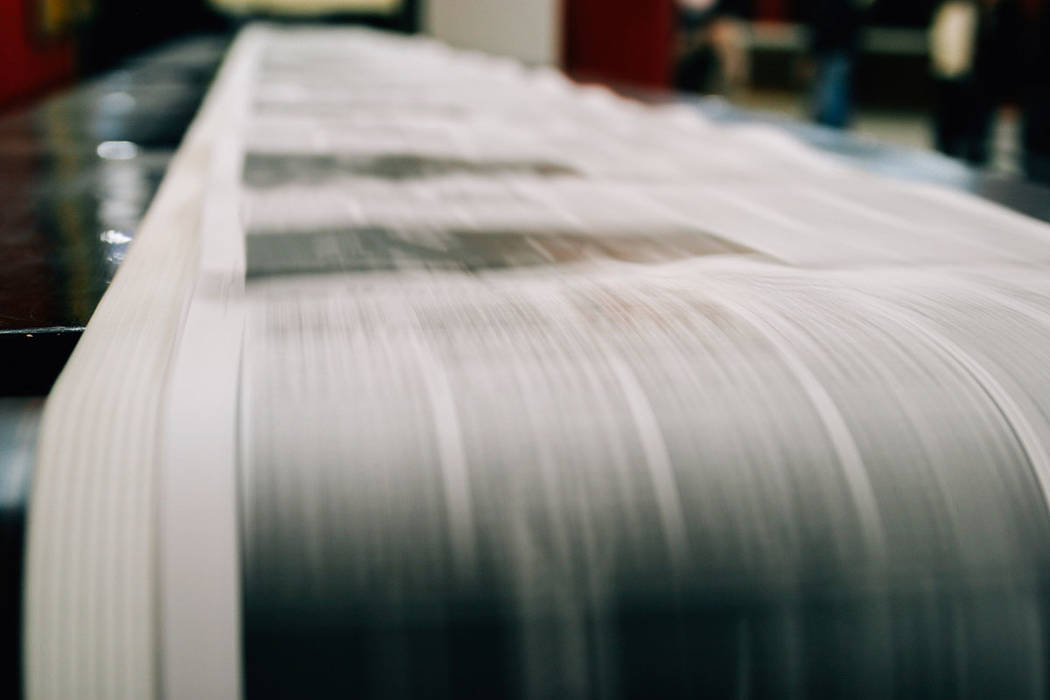 CARSON CITY — The owner of four northern Nevada-area newspapers says it’s reducing the number of days it prints the newspapers each week.

Sierra Nevada Media Group says tariffs on newsprint, the impact of paper on landfills and changing habits of readers all influenced the decision to change the publishing schedule.