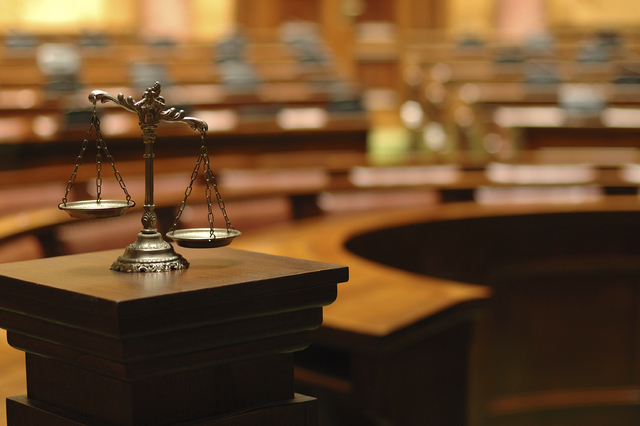 CARSON CITY — A state panel voted unanimously Wednesday to approve $782,500 to fund the new state appeals court that is expected to begin operations early next year. Approval came as 36 applicants filed for one of the three new court positions by a 5 p.m. deadline.

The vote by the Board of Examiners, including Gov. Brian Sandoval, sends the funding request to the Legislature’s Interim Finance Committee for review in early December.

Approval is expected since lawmakers set aside funds for the operation of the court pending voter approval. Question 1, establishing the court, passed with nearly 54 percent of the vote in the Nov. 4 general election.

The funding will carry the new court and its three judges through the end of the fiscal year on June 30, 2015.

“I think its going to be good for the legal system in the state of Nevada,” Sandoval said following the vote. “We do have the busiest Supreme Court in the nation. Hopefully with the implementation of the appellate court it will expedite those more difficult cases before the Nevada Supreme Court.”

Interviews for applicants are scheduled for Dec. 1-4.

The names of the finalists will be submitted to Sandoval, who will make the appointments so that the new judges will take office on Jan. 5.

The new court, which will dispose of more routine cases from the state’s district courts that are now reviewed by the Supreme Court, will be effective starting Jan. 1, although it may take awhile to begin operations.