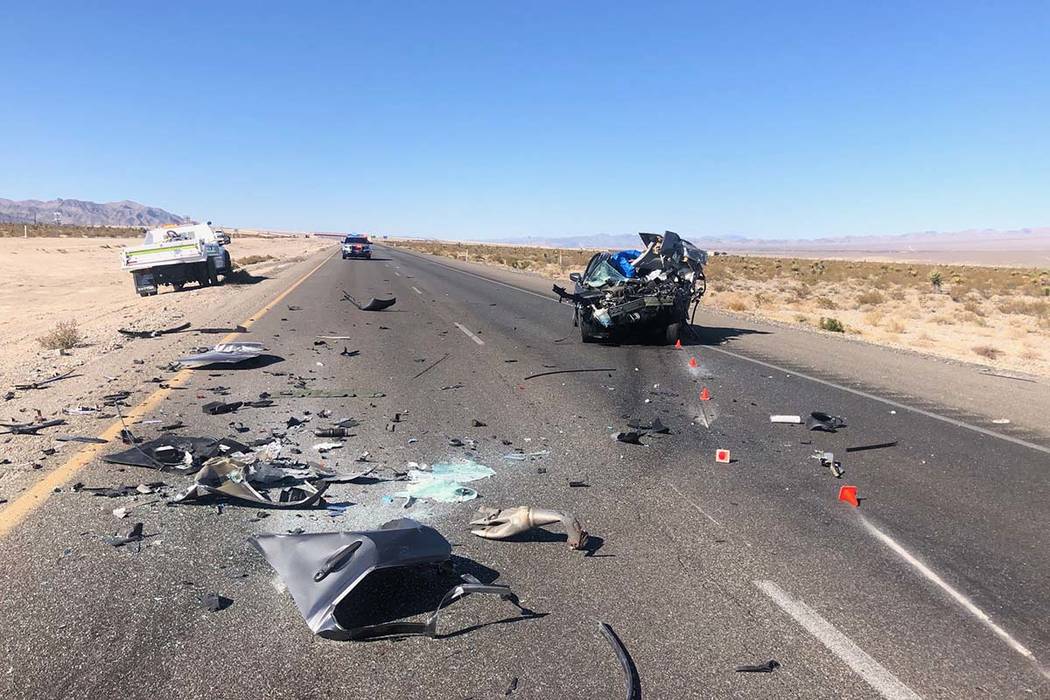 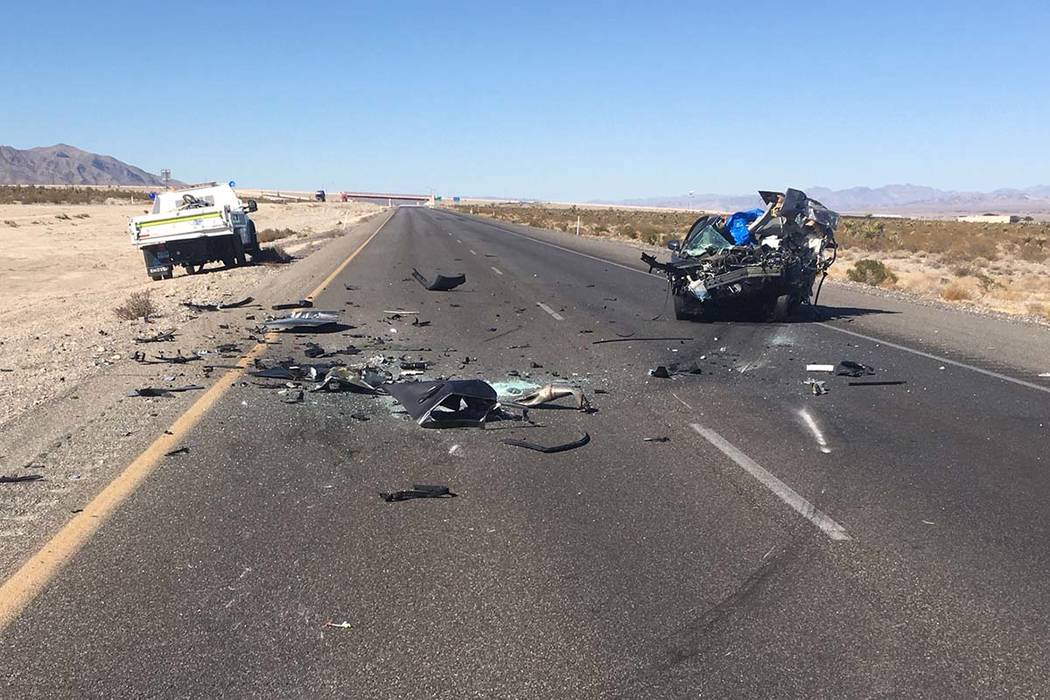 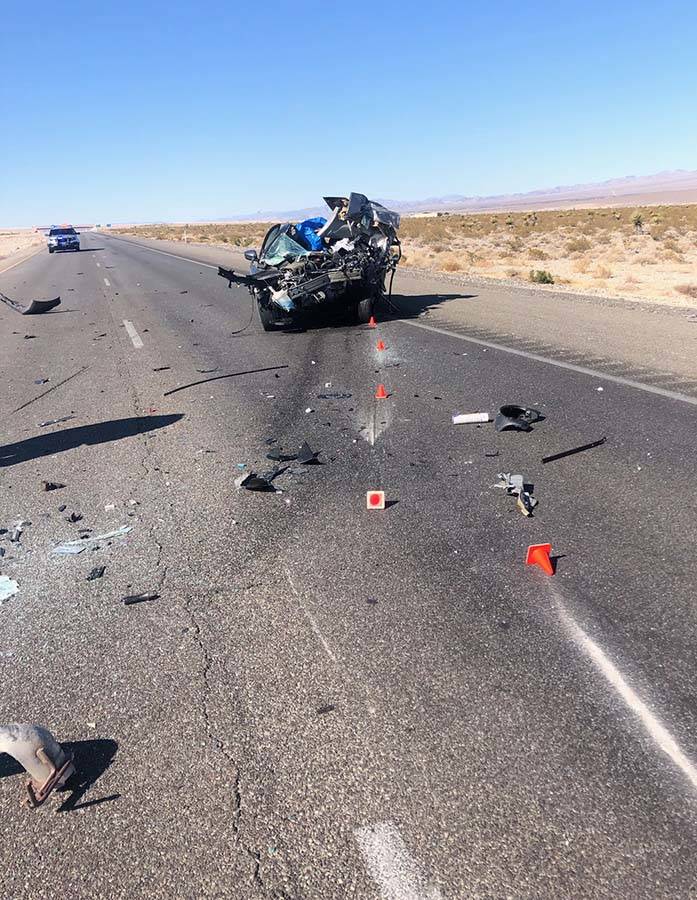 A state corrections officer was killed Tuesday afternoon in a two-vehicle crash involving a Nevada Department of Transportation truck on U.S. Highway 95 northwest of Las Vegas.

Nevada Highway Patrol responded to northbound U.S. 95 near the Snow Mountain Road exit at 12:18 p.m. Spokesman Jason Buratczuk said an NDOT truck was driving slowly on the left shoulder during freeway maintenance when it was hit from behind by another vehicle.

NDOT spokesman Tony Illia said the agency truck was struck while shadowing another vehicle pulling a broom trailer, clearing dirt and debris from alongside the freeway shoulder about 1 1/2 miles north of state Route 157, also known as Kyle Canyon Road.

Illia said the driver of the vehicle that hit the truck was a state corrections officer and was pronounced dead at the scene. The driver of the NDOT truck suffered minor injuries, he said.

Buratczuk said the highway could be closed for up to four hours.

The Highway Patrol was looking to talk to anyone who witnessed the crash. Anyone with information can contact troopers at 702-432-5084.