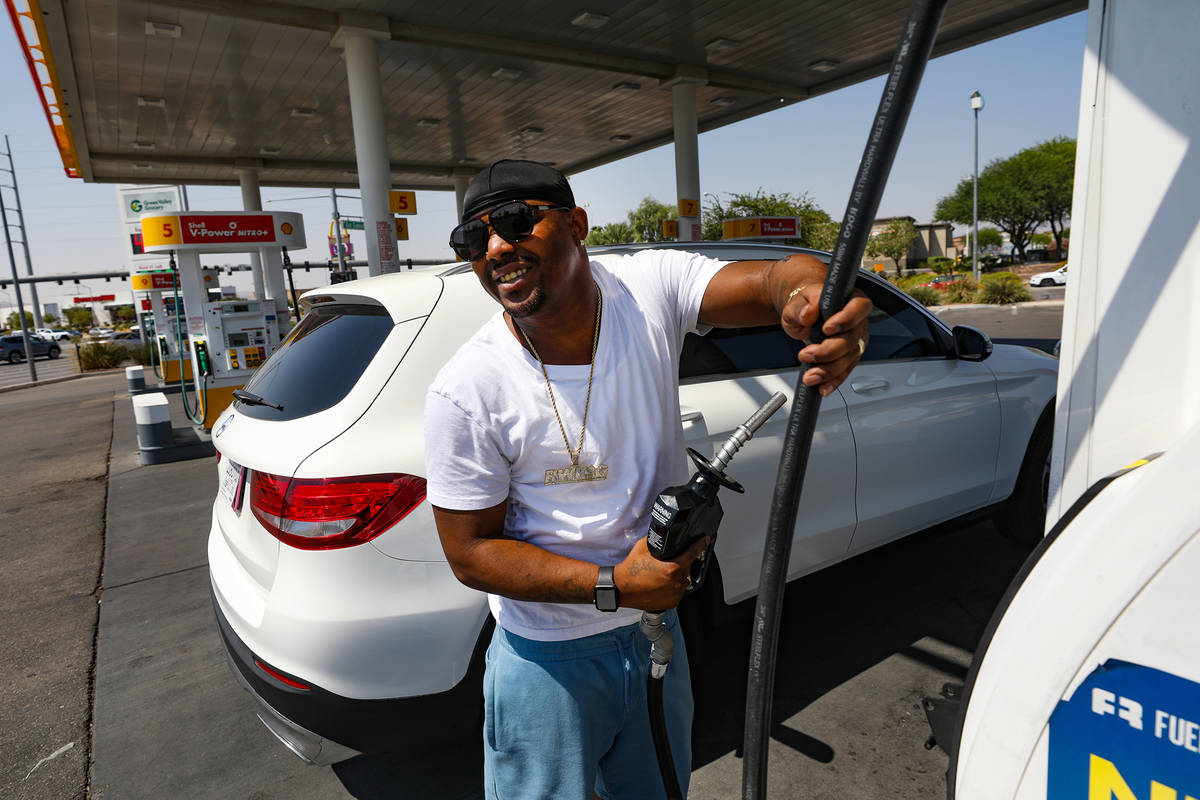 Deangeles Phipps speaks to the Review-Journal as he fills his car with gas at a Shell station on Blue Diamond in Las Vegas, Wednesday, Aug. 4, 2021. (Rachel Aston/Las Vegas Review-Journal) @rookie__rae 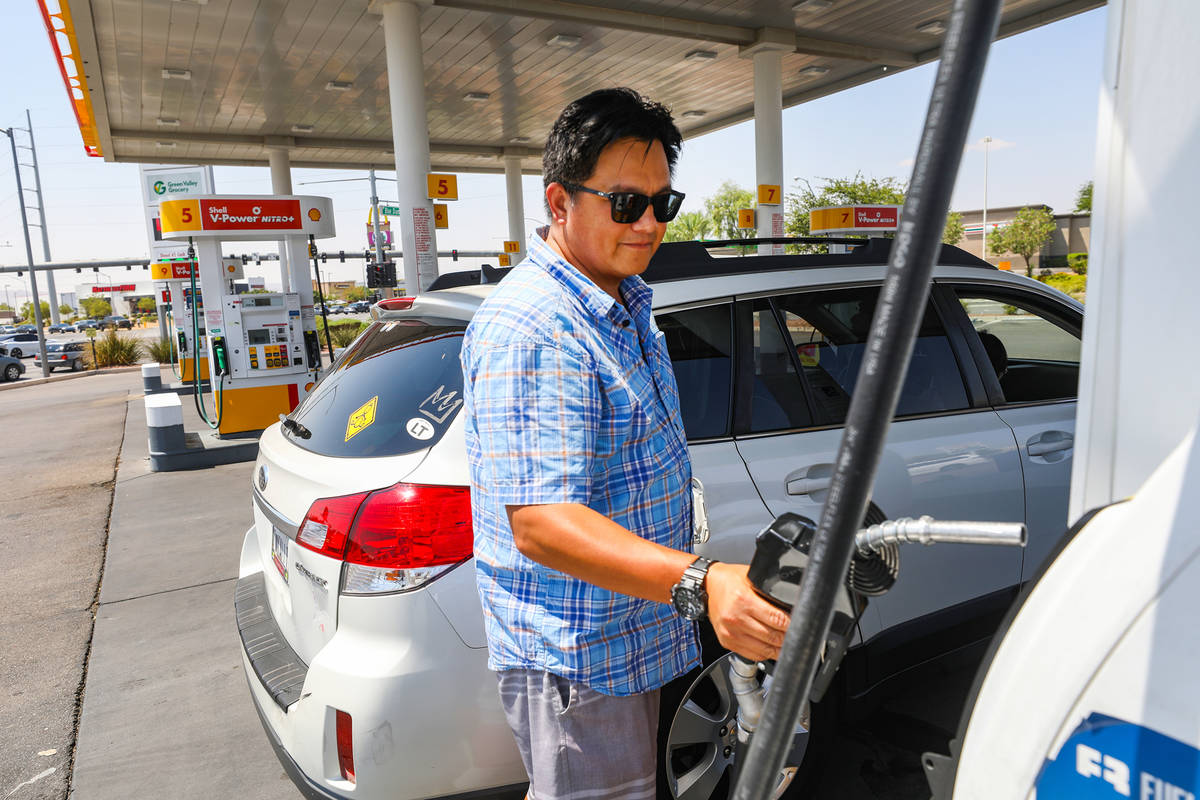 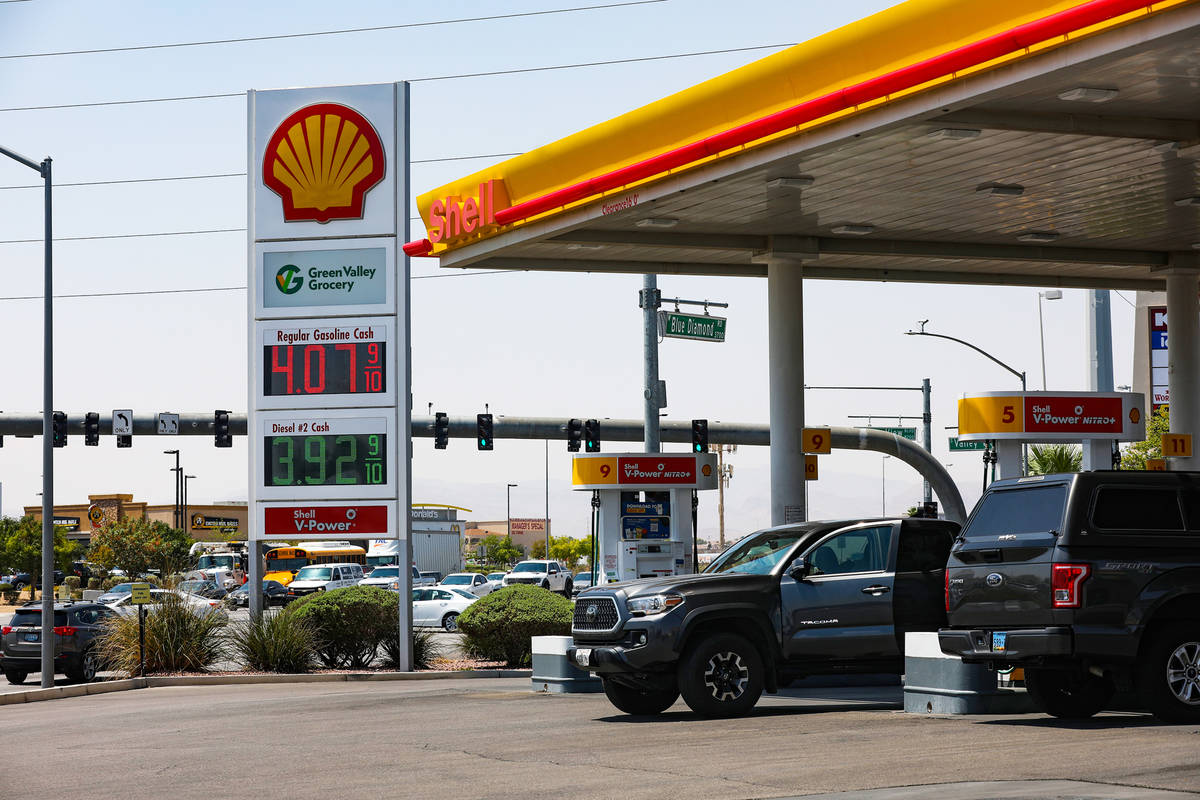 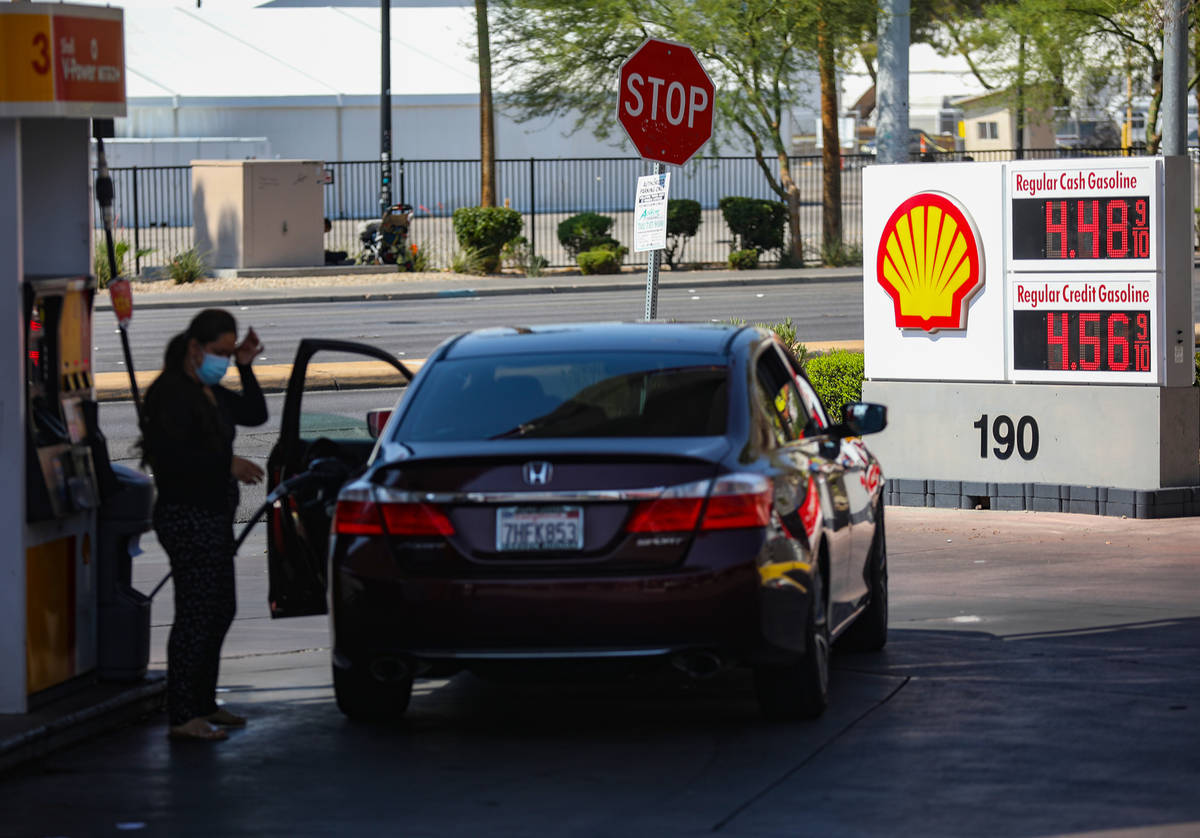 Deangeles Phipps stopped at the Shell station on Blue Diamond Road, where a gallon of regular gasoline was going for $4.07, midday Wednesday to top off his tank.

With gas prices in Nevada hovering around $4 a gallon, Phipps said he spends about $85 to fill up his SUV these days. That’s led the Las Vegas resident to cut back on driving a bit in recent months. Still, Phipps notes, sometimes he just doesn’t have a choice.

“Gas prices (have) been really high for a while,” he said. “But it seems like they’ve been fluctuating a lot higher than usual recently.”

According to AAA, the average price for a gallon of regular gas in Nevada crept up over $4 per gallon, for an average of $4.02 statewide. That’s the highest the state has seen since 2014, a spike in prices that have been on the upswing for months.

And the cost per gallon can vary — at least one Las Vegas gas station this week posted prices higher than $4.50.

Increased demand, as pandemic restrictions wane and vaccinations rise, and a rise in crude oil prices, which are around $70 a barrel, are contributing to surging gas prices, AAA spokesman Sergio Avila said.

“When you have prices of crude oil that are that high, it’s just going to lead to high gas prices, especially as we continue rounding out the summer travel season,” Avila said. “A lot of people are still driving.”

Drivers may soon see some relief, Avila added. Typically, gas prices rise during the summer months. As kids go back to school and summer vacations come to an end, some of the demand for gas will subside and lower prices may follow, Avila said.

The AAA representative added that crude oil prices could soon dip, thanks to a global agreement in mid-July to increase production.

“We’re hoping that we could be at a plateau in gas price increases,” Avila said. “But if crude oil remains high or continues to climb, that’ll dictate the price of gasoline in the next few weeks.”

It’s the same story across the country. According to AAA, the national average has risen to nearly $3.18 per gallon as of Wednesday — the highest since 2014. Prices are more than 5 cents higher than a month ago and $1 dollar higher than this time last year.

The average gas price in Las Vegas is slightly above the state average, at $4.03 per gallon of regular gas, up 28 cents from a month ago, according to AAA data. In the past week, prices are up about 8 cents per gallon.

As of Wednesday afternoon, gas prices in Las Vegas ranged as high as $4.56 per gallon, which was recorded at the Shell station on the corner of Flamingo Road and Koval Lane near the Strip, according to GasBuddy.

Some gasoline deals remain in the valley. Costco members can get gas for $3.49 at stations on South Martin Luther King Boulevard in Las Vegas and St. Rose Parkway in Henderson, the cheapest stations in the valley, GasBuddy data shows.

Nevada has the third-highest gas prices in the nation, according to AAA data. The data shows the state’s average price for a gallon of regular unleaded gas was behind just Hawaii at $4.08 and California at $4.38.

Prices are high in the Silver State, but Esteban Prado, who was filling up his tank around noon off Blue Diamond Road as well, offered some perspective. Prado was on his way to Zion National Park for a long weekend with his family. Las Vegas gas prices were a welcome sight for the Los Angeles native.

“Last time I checked, it was like $4.30 for regular gas (in California), so this is kind of a relief,” Prado said Monday, as he filled up for $4.07 a gallon on his way to Utah. “Some places in Los Angeles are almost five bucks.”

Prado considered stopping in Baker, near the California-Nevada border, while on his way through the desert Wednesday morning. He decided against it because he “knew Las Vegas was going to be cheaper.”