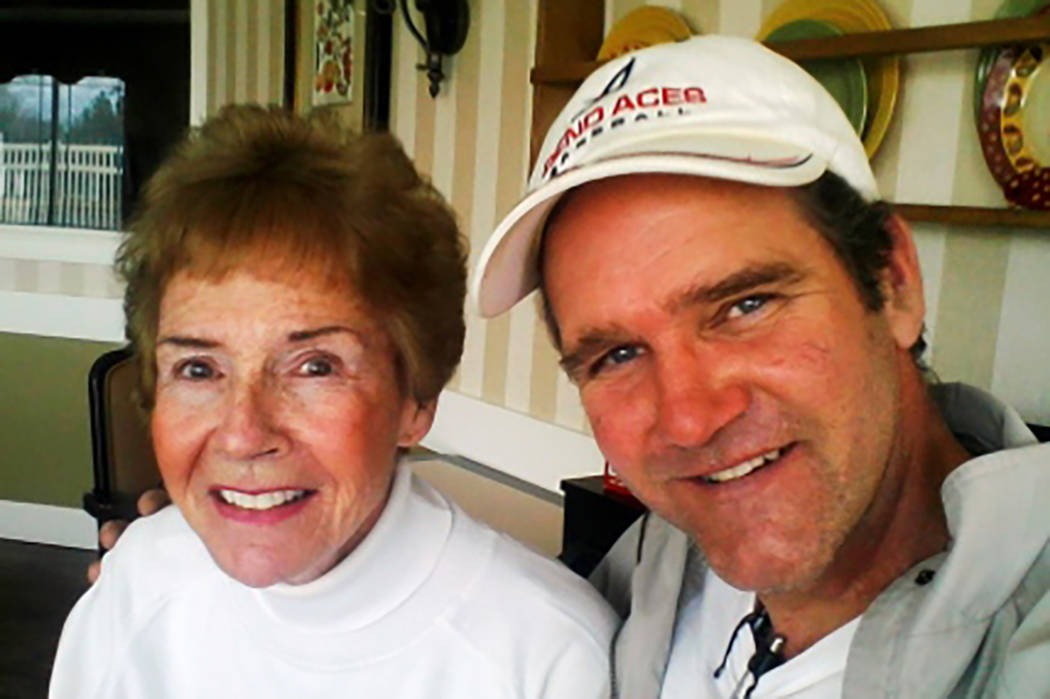 Susan Hillygus and her son, Roger, in an undated photo posted to a website that advocates for victims of guardianship abuse. Roger Hillygus had lost custody of his mother and the trust fund that paid for her care.

Susan Hillygus died Oct. 16, the Washoe County Medical Examiner’s office confirmed this week. Taken from her care facility on Aug. 8 by her son, Roger, she was found unharmed a week later at the home of her brother in a Los Angeles suburb, where her son had fled with her.

Her medical condition “would have of course been a challenge, as any case with a victim who may not be able to testify would be,” said Michelle Bays of the Washoe County district attorney’s office. “Her death is sad for her family and the same type of challenge to a case when a victim is not here to testify.”

Roger Hillygus was taken into custody by Los Angeles County sheriff’s deputies Aug. 16 after falling asleep seven hours into a stand-off with police in the Bellflower apartment complex where he holed up with his mother for nearly a week. He faces charges of second-degree kidnapping, conspiracy to commit kidnapping and burglary.

Those same charges were initially leveled at one of two men who went with Hillygus to see his 80-year-old mother at the Stone Valley Alzheimer’s Special Care Center on Aug. 8. Hillygus, formerly his mother’s guardian, had been stripped of that role in a long-running family guardianship dispute and was not authorized to leave the facility with her.

Reno police’s decision to charge Stewart Handte, a veteran Nevada law-enforcement officer, as an accomplice drew national attention to the case. Handte is a former Mineral County sheriff who during a 30-year career in law enforcement also served in the state Highway Patrol, as a Storey County deputy, and as chief of two tribal police forces.

Handte was arrested despite telling police he was unaware of Hillygus’s plans to abscond with his mother. Hillygus had earlier displayed a document purporting to be a jury verdict that restored him as guardian. They had left the facility unchallenged by staff there.

Hillygus had filed so many frivolous and defamatory motions in the guardianship dispute that opposing lawyers had sought to have him declared a “vexatious” litigant, and he was removed as guardian in 2015 after repeatedly failing to heed court orders.

Handte was taken forcefully into custody by a half-dozen officers in tactical gear the day before Hillygus and his mother were found. Despite being charged with serious felonies, he was released without having to post bail. The top charges against have been dropped, and he now faces only a conspiracy charge.

Prior to his arrest, Handte had been in communication with a reporter on a daily basis regarding the events surrounding the abduction and, later, his arrest.

The cases against the two are scheduled for conference a week before Christmas. Joey Gilbert, Handte’s attorney, declined to discuss specifics but said available evidence, along with his own investigator’s review of events, pointed to a “rush to judgment” against Handte.

“I don’t see where Mr. Handte committed a crime or anything that rises to the degree of what he’s been charged with,” Gilbert said.