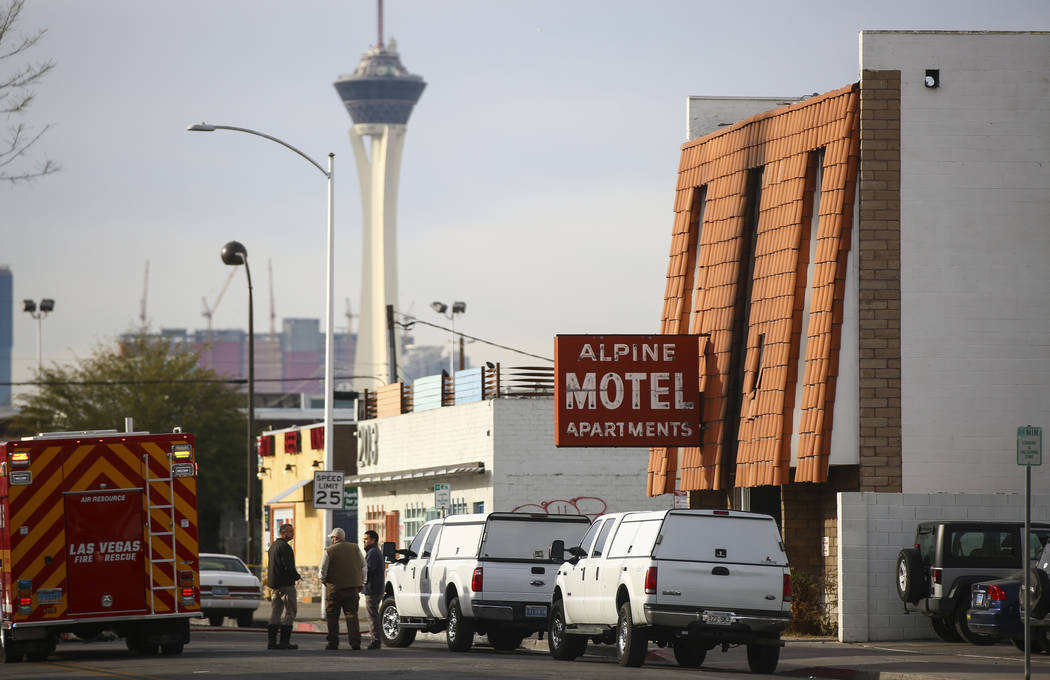 Nevada’s top stories of 2019 included the deadliest fire in Las Vegas’ history, a precedent-setting Legislature and a suicide on death row, a threatened but averted teachers strike, a high-profile DUI crash and an internet prank to “storm” Area 51 in search of aliens.

All in all, quite a way to close out another decade in the Silver State.

After a joke Facebook meme about storming the gates of Area 51 to “see them aliens” went viral — garnering the attention of millions across the world — a sparsely populated Nevada county had the Storm Area 51 craze thrust upon it. Only a few thousand people showed up at the main festival Alienstock, held Sept. 19-22 in Rachel. Hundreds of people gathered at two Area 51 fences over the four days, resulting in six arrests, with lawsuits and debt left behind for event organizers and Lincoln and Nye counties.

Las Vegas City Councilman Steve Seroka, facing an intense labor union-led recall effort less than two years into his only term, suddenly resigned in March without explanation. The Review-Journal later reported that a female aide in his Ward 2 office had accused him of sexual harassment shortly before he stepped down. Seroka did not respond to several messages seeking comment on the allegations.

Northwest Academy, a private boarding school in Nye County, was closed in February after its married owners were arrested on charges of child abuse or neglect. A monthslong investigation by the Las Vegas Review-Journal later revealed a multi-agency failure that allowed the facility to open and continue running for years despite allegations of abuse and neglect and the owners’ ties to a shady network of boarding schools around the world.

Scott Gragson, a prominent Las Vegas real estate broker and the grandson of a former mayor, was arrested in May after a fatal high-speed DUI wreck outside an upscale Summerlin community, a case that has highlighted issues surrounding delayed blood draws in Nevada and that calls into question whether the Clark County district attorney’s office is applying murder charges in DUI cases equitably.

The FBI announced in January that a panel of experts had failed to determine why gunman Stephen Paddock carried out the Route 91 Harvest festival attack, which left 58 concertgoers dead and more than 800 injured. In a three-page summary report, the agency also reiterated that Paddock, 64, acted alone. The report marked the only time the agency released any documentation on or about its investigation into the Oct. 1, 2017, mass shooting. Las Vegas police previously released a separate investigative report that also failed to identify a motive.

In January, death row inmate Scott Dozier, who had been at the center of a debate over Nevada’s use of certain drugs in capital punishment and had pressed for the state to carry out his sentence, died by suicide. Authorities had twice halted his execution, the latest after a drug company sued the prison system over the use of its sedative midazolam.

It was a tense summer after the union representing teachers in the Clark County School District threatened to call an illegal strike at the start of the current school year over promised raises and other increases that the district said it couldn’t afford. The issues were finally resolved on Aug. 28, days before the end of the summer break, but the dispute strained relations between Superintendent Jesus Jara and the district rank and file, and with newly elected Gov. Steve Sisolak, who promised the raises during his campaign.

The city of Las Vegas faced national criticism in November after the City Council passed an ordinance making it a misdemeanor for the city’s homeless to sleep or camp downtown or in residential areas while there is space in the shelters.

Nevada became the first state to seat a female majority in its Legislature, most of them Democrats. It was a feat lauded throughout the year and one that continues to draw notice, often with every passing visit of a Democratic presidential candidate to the state. The watershed achievement hardly rested on its own merits, however, as issues of standout relevance to women were significant elements of the Democratic legislative agenda, including efforts regarding economic opportunity, health care, education, housing, and criminal and social justice.

Six people were killed just days before Christmas in the deadliest residential fire in city history. Thirteen people also were injured, five of them critically. Firefighters said the fire was likely accidental and caused by a stove used to heat an apartment, but Metro homicide detectives are investigating to determine if there was criminal misconduct.