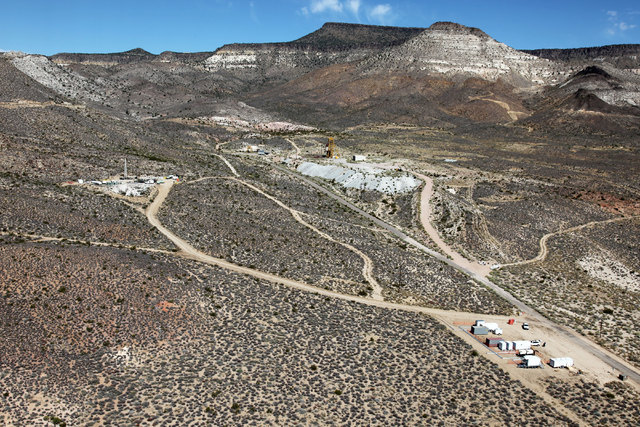 The area where a below-ground arms control verification experiment was conducted May 21, 2015, in the northeast section of the Nevada National Security Site is shown in this photo from 2010. (Courtesy/National Nuclear Security Administration)

The company, known as NVS3T, will take over Sept. 30 for National Security Technologies LLC, with both companies sharing a four-month-long transition period, said a spokeswoman for the National Nuclear Security Administration, a branch of the Department of Energy.

Five competitors vied for the contract, which is valued at $5 billion through 2026 if all options are exercised.

The security site, 65 miles northwest of Las Vegas, was formerly known as the Nevada Test Site where full-scale nuclear weapons tests were conducted from 1951 to 1992. Among its current missions is to help ensure the safety and reliability of the nuclear weapons stockpile through science-based experiments.