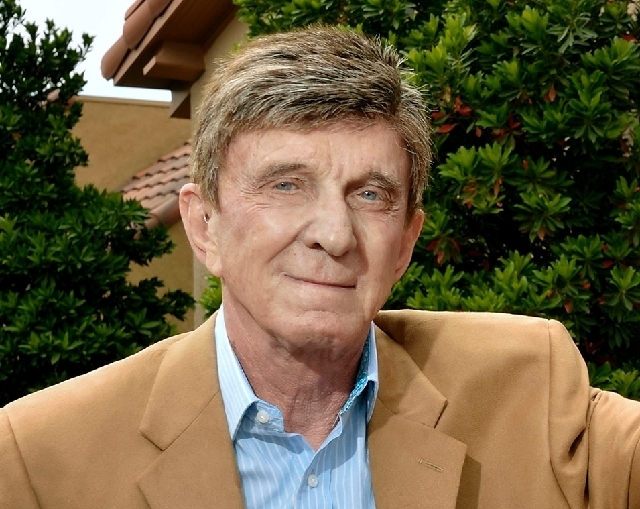 CARSON CITY — The Nevada Constitution gives citizens the right to weigh in on public policy issues through the use of ballot initiatives and referendums.

The petition process, which dates nationally to the populist era of the early 20th century, lets the public put measures to the voters directly, bypassing the legislative and executive branches of government.

But having the right to petition is a far cry from successfully navigating the many hurdles to limit ballot access.

Many people try to put measures on the ballot, and many fail.

Las Vegas attorney Kermitt Waters, who several years ago successfully qualified a constitutional amendment that passed reforming the use of eminent domain, has also seen the other side. His efforts in 2014 on an initiative petition to amend the constitution to raise the mining tax and impose a gross receipts tax went nowhere.

“You don’t have the right to petition in Nevada,” he said. “Not anymore. But if I win this in federal court it will be a new day.”

“The rules violate the First Amendment as they are applied,” Waters said. “On its face the rules are not unconstitutional. But as applied it’s a joke. If it affects mining or gaming you’re not going to get it on no matter what.”

No new citizen-backed initiative petitions or referendums made it to the ballot in 2008, 2010 or 2012. In 2014 the teachers association qualified its margins tax. The proposal was soundly defeated.

There are some success stories. The four questions on the Nov. 8 general election ballot, including proposals to require background checks for most gun purchases and legalize the recreational use of marijuana, were qualified through the initiative process.

But they are the exceptions, and they are usually backed by groups with the money needed to navigate the process.

The third branch of government, the judiciary, frequently rules against the validity of publicly sponsored ballot measures for a variety of reasons.

Witness the recent state Supreme Court ruling on the net metering referendum proposal. The court ruled unanimously that the measure’s description of effect, which explains to those signing the petition what the referendum would do, was inaccurate. Question 5 got tossed Thursday after a pro-rooftop solar group spent a lot of time and money to collect the necessary signatures for it to qualify.

The public’s road to the ballot is littered with such measures.

State Sen. Tick Segerblom, a strong advocate for Question 2 which would legalize the recreational use of marijuana, said he has opposed efforts in the Legislature to make ballot access by the public more difficult, but does not support making it any easier.

“The law is clear,” the Las Vegas Democrat said. “It has to be a single subject. You need to hire a good attorney. You can do it if you follow the letter of the law.

“It is an avenue for people to correct injustices,” Segerblom said. “I’m not so concerned about making it easier but I don’t want to make it tougher. A lot of groups don’t like it at all.”

For the failed rooftop solar petition, it appeared as if the pro-solar group, which was from out of state, tried to overreach, Segerblom said.

Nevada’s process is particularly difficult because once filed with the secretary of state’s office, a petition or referendum can be legally challenged before proponents even begin to collect the tens of thousands of signatures needed to qualify for the ballot.

The challenge process eats up precious time proponents could use to gather signatures and often the clock runs out.

That happened this year with the proposed referendum on the commerce tax. Proponents could have refiled the measure following a May 11 state Supreme Court decision rejecting the measure because of an improper description of effect, but there wasn’t time to collect enough signatures by a June 21 deadline.

In 2012, an anti-abortion group had to file its petition three times to collect signatures for its “personhood” initiative that sought to ban birth control, embryonic stem cell research or other procedures that intentionally kill a fetus. Legal challenges by the American Civil Liberties Union and others required the refiling of the measure. It never qualified for the ballot.

Supporters often simply don’t have the resources or time to collect the signatures, a major roadblock. The rules are complex, requiring signatures representing 10 percent of those who voted in the prior general election. They must be collected from each of Nevada’s four congressional districts.

There are requirements for those circulating the petitions to ensure the validity of the signatures.

But many others have been kept off the ballot because of legal challenges. In addition to the description of effect, ballot measures are confined to a single subject. Waters said this has been interpreted so narrowly that measures are frequently disqualified on this basis.

Senate Bill 224 from the 2005 session enacted the single-subject rule for initiative petitions, and Assembly Bill 81 from the 2011 session required signatures to be gathered in each congressional district.

The whole purpose of the challenge process is to eat up days and weeks so that proponents run out of time, Waters said.

He is challenging Nevada’s ballot access rules on his own dime.

“I get nothing for this,” Waters said. “It’s pro bono. I want to help the people of Nevada get their constitutional rights back that were taken by the Legislature.”