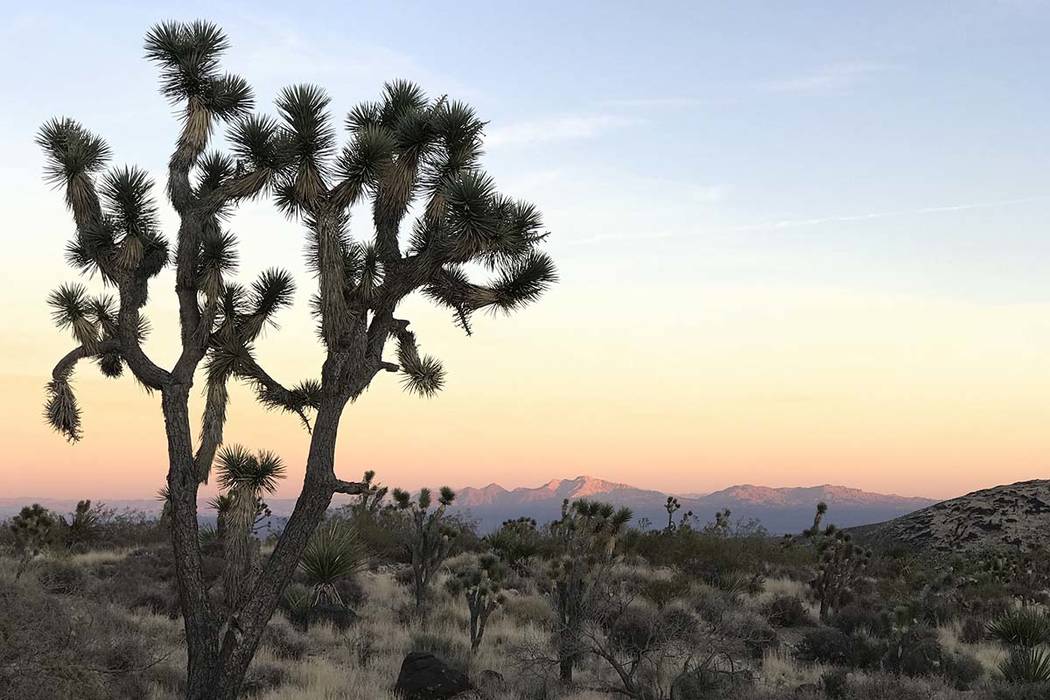 A Joshua tree frames the view of Spirit Mountain at sunset on Nov. 25, 2017. A wind farm with as many as 248 40-story turbines has been proposed for the area. (Henry Brean/Las Vegas Review-Journal) 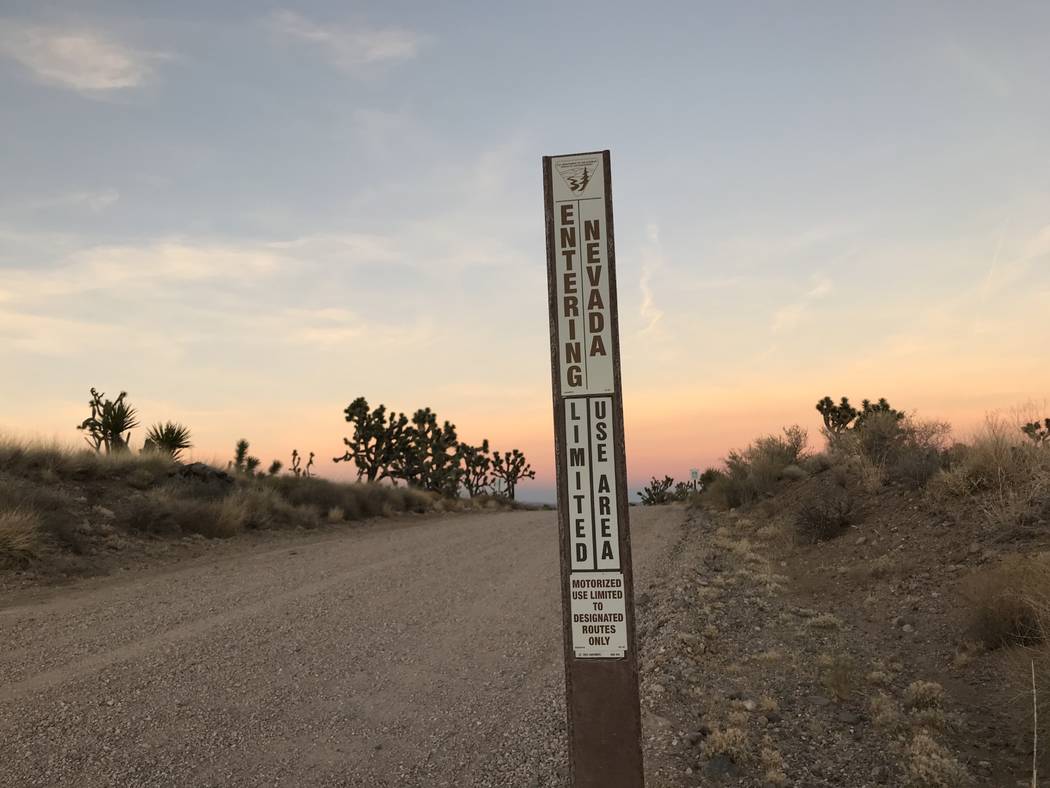 A sign marks the state line on a dirt road west of Searchlight on Nov. 25, 2017. A wind farm with as many as 248 40-story turbines has been proposed on the Nevada side of the line. (Henry Brean/Las Vegas Review-Journal)

SEARCHLIGHT — A proposed wind project hit a gale of opposition Monday, as the Bureau of Land Management hosted the first of four meetings on the massive renewable energy project.

About 50 people in this town of about 400 residents turned out to voice their displeasure with the project, which could bring more than 200 wind turbines, each the height of a skyscraper, to the hills 10 miles to the west.

Residents raised concerns about eagles being killed by the spinning blades as well as miles of new roads being cut through the eastern edge of one of the largest Joshua tree forests in the world.

Several people said they were worried about losing their pristine views and having their dark night skies diminished by the blinking red warning lights atop the turbines.

The proposed site is adjacent to Mojave National Preserve and Castle Mountains National Monument in California and two wilderness areas in Nevada.

During Monday’s meeting, O’Neill called it “the most misguided renewable energy project in the country.”

The BLM has agreed to conduct a review of the wind farm, which could cover more than 32,500 acres of public land, all in Nevada.

Eric Jacobson of Eolus North America said only about 700 acres would be disturbed by the project.

Jacobson said it was too early to know how many turbines might be built, how tall they might be or where the electricity might be sold.

According to a fact sheet from the company, the project could generate as much as 500 megawatts of electricity, enough for up to 125,000 homes, and produce 200 to 400 construction jobs and 20 to 40 permanent operational jobs.

Unrelated plans for another, smaller wind energy project near Searchlight were abandoned by a different developer last year in the face of strong local opposition, including legal action.

Searchlight resident Judy Bundorf, who led the charge against that earlier project, said Monday that she is sick of rural residents being asked to sacrifice their landscapes and lifestyles to supply power to city dwellers in Southern California or Las Vegas.

Bundorf suggested building the wind farm on Blue Diamond Hill or Sunrise Mountain in the Las Vegas Valley instead.

“It will be nice for the residents of the city to be able to see their renewable energy as well as use it,” she said to a round of applause from the audience.