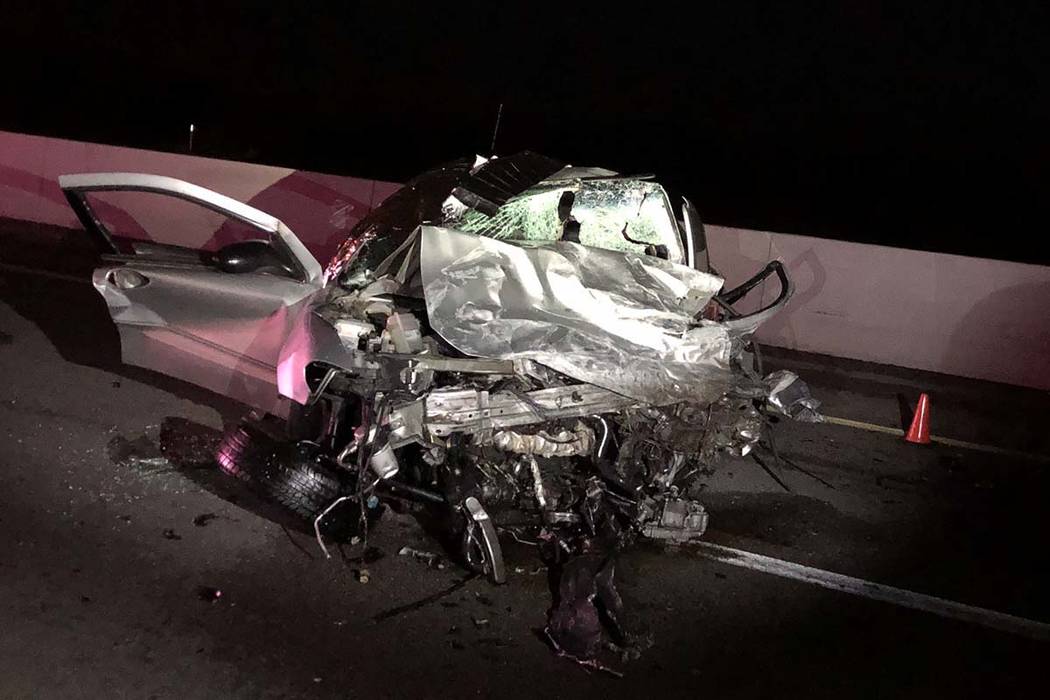 One of the vehicles involved in a wrong-way crash that left two people dead on Thursday, Dec. 5, 2019, near Primm. (Nevada Highway Patrol)

The second motorist killed in a wrong-way crash Thursday night on Interstate 15 is identified as Frank Thomas, 42, of Jean, according to the Clark County coroner’s office.

The crash occurred about 9:55 p.m. on I-15 at mile marker 3 north of Primm, when the driver of an Oldsmobile headed north in the southbound lanes slammed head-on into a Chevrolet van.

The coroner’s office did not identify Thomas as the wrong-way driver, but his personal information matches the description of the wrong-way driver provided by authorities at the crash scene, who said the Oldsmobile driver was a 42-year-old from the Primm area.

A second motorist, John L. Camilo, 51, of Valley Village, California, was also killed in the crash, the coroner’s office said on Friday.