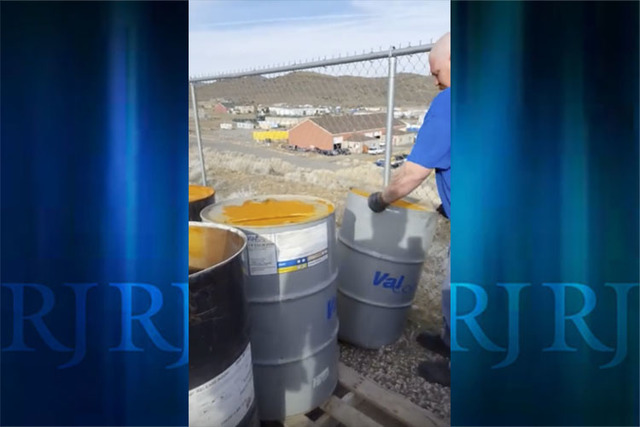 A viral video of unidentified men draining barrels of liquid in the Nevada desert has prompted an investigation by the Nevada Division of Environmental Protection. (Screengrab/Joseph Baylon/YouTube) 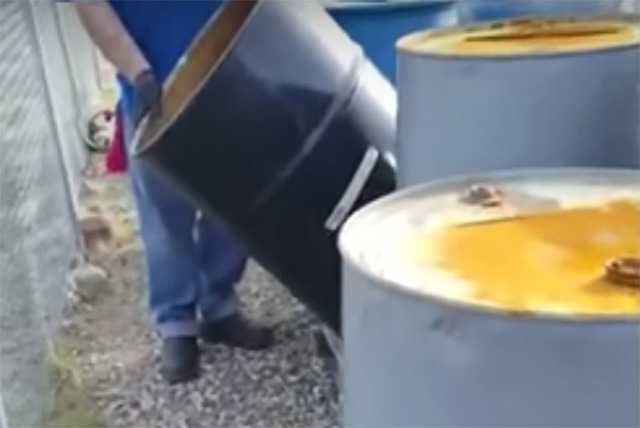 A viral video of unidentified men draining barrels of liquid in the Nevada desert has prompted an investigation by the Nevada Division of Environmental Protection.

“The Nevada Division of Environmental Protection has received reports related to the YouTube video and is currently investigating to determine the extent and veracity of the claims,” the division said Wednesday.

The video, posted Tuesday, had racked up nearly a million views by press time. It seems to depict men draining barrels of an undetermined liquid in the Nevada desert. The video contains graphic language.

An unidentified man, whose voice is overheard throughout the video and whose face appears briefly, claims to be an employee of a company that he said ordered him to dump the liquid in March.

“We’ve been ordered to dump these barrels, two or three a night, and then burn them out,” the man said. “This is what we got to do or we’ll lose our jobs.”

A second man, referred to only as Cliff, then pours an unidentified liquid out of a barrel and through a chain link fence.

“This is all the sludge out of our parts washing machine —acid, all kinds of stuff,” he said. “They’re making us do this.”

Nevada Appeal reported that the employees work for Production Pattern and Foundry based in Lyon County. Craig Banko, a company spokesman, told Nevada Appeal that the video “completely blindsided us.”

“It was a huge surprise especially to a family-run business that’s been in business over 60 years,” Banko told Nevada Appeal. “This is not our policy. This is not how we’ve done business for 60 years.”