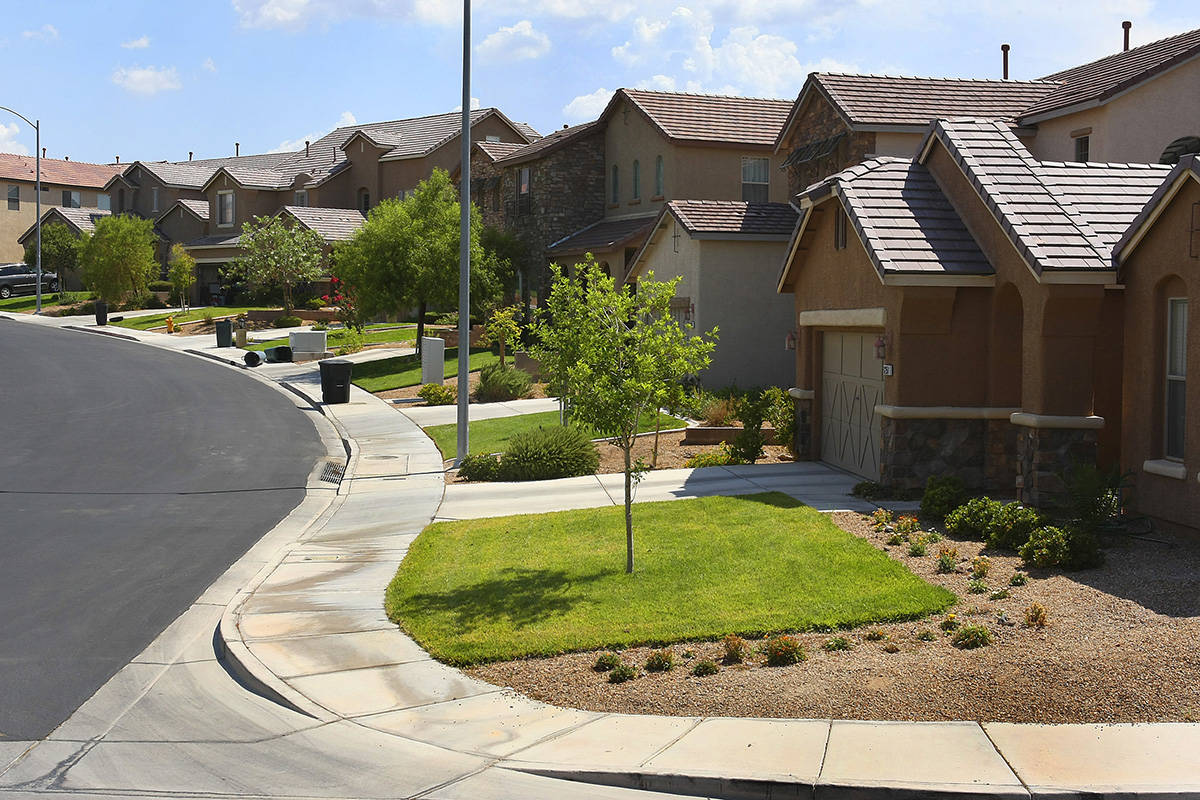 Grass lawns are shown in the front yards of homes in the Anthem master-planned community in Henderson in this 2007 photo. (Review-Journal File Photo)

A water official in Las Vegas says there ought to be a law requiring the removal of thirsty grass landscaping that isn’t used for recreation.

Southern Nevada Water Authority public service director Andy Belanger tweeted after a Legislature hearing on Monday that the definition of unused turf is grass that never gets stepped on except when it’s mowed.

The idea gained immediate backing from one environmental advocacy group.

The Center for Biological Diversity pointed to ongoing drought in Southwest states that rely on the Colorado River and called the proposal the kind of bold thinking needed to avoid disaster.

The center’s state director, Patrick Donnelly, said getting rid of non-functional turf would send a strong message that Nevada is committed to water conservation, and would set an example for other states to follow.

He says a ban on non-functional turf would benefit the environment, endangered species and public health.