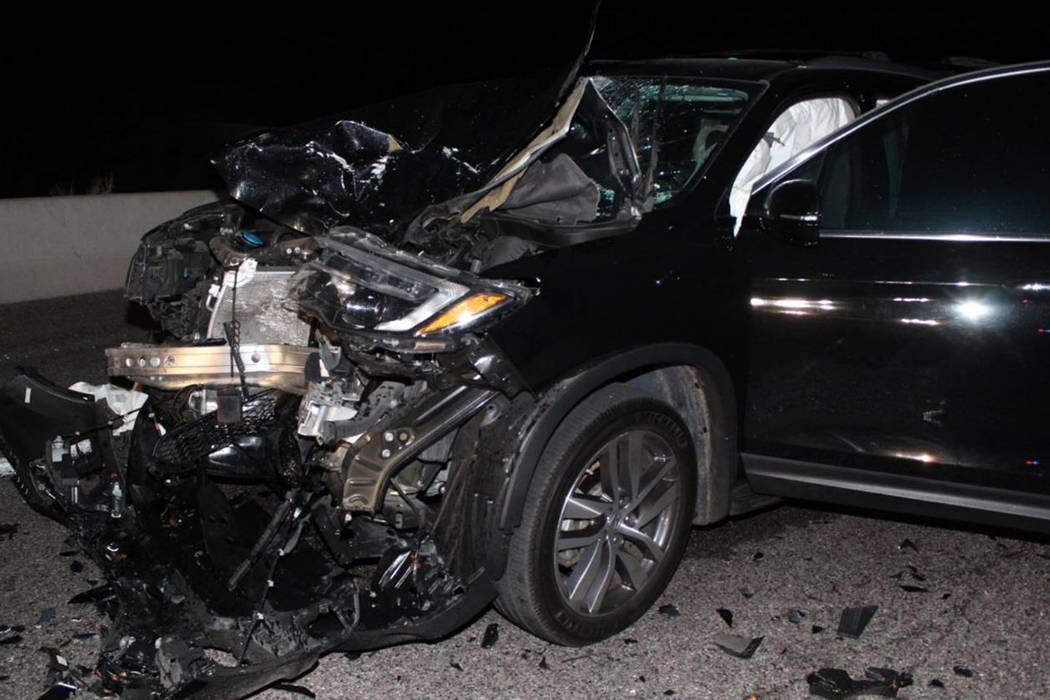 A woman was killed in a two-car collision that shut down U.S. 95 for hours near Beatty on Monday, Nov. 4, 2019. (Nevada Highway Patrol)

The Nevada Highway Patrol has identified the woman killed in the two-car collision that shut down U.S. 95 for hours near Beatty on Nov. 4.

Just before 5:05 p.m., a Freightliner Cascadia tractor trailer, a 2018 Ford Fusion and a 2004 Lexus ES330 were northbound on U.S. 95 near Nye County Mile Marker 92, according to a highway patrol release. A Toyota Prius was southbound.

According to the release, Johnson overcorrected and swerved from the shoulder into the northbound lane, where she hit the left side of the tractor trailer and “continued underneath the truck’s trailing unit causing the trailer’s left side wheels to ride over the top of the Toyota.”

The driver of the Ford swerved off the shoulder and onto a downhill embankment. They were taken to University Medical Center, as was a passenger from the Prius.

Johnson, the driver of the Prius, was pronounced dead at the scene. She was from Glendale, Arizona, according to the highway patrol.

Witnesses told NHP that the Prius did not have its headlights on, the release said.