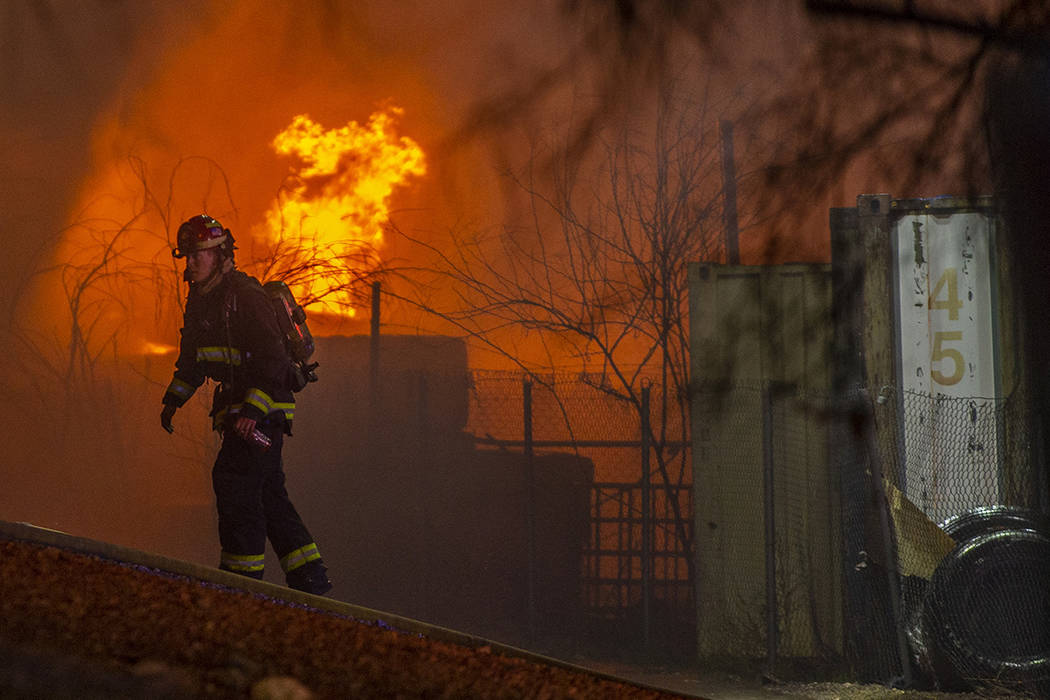 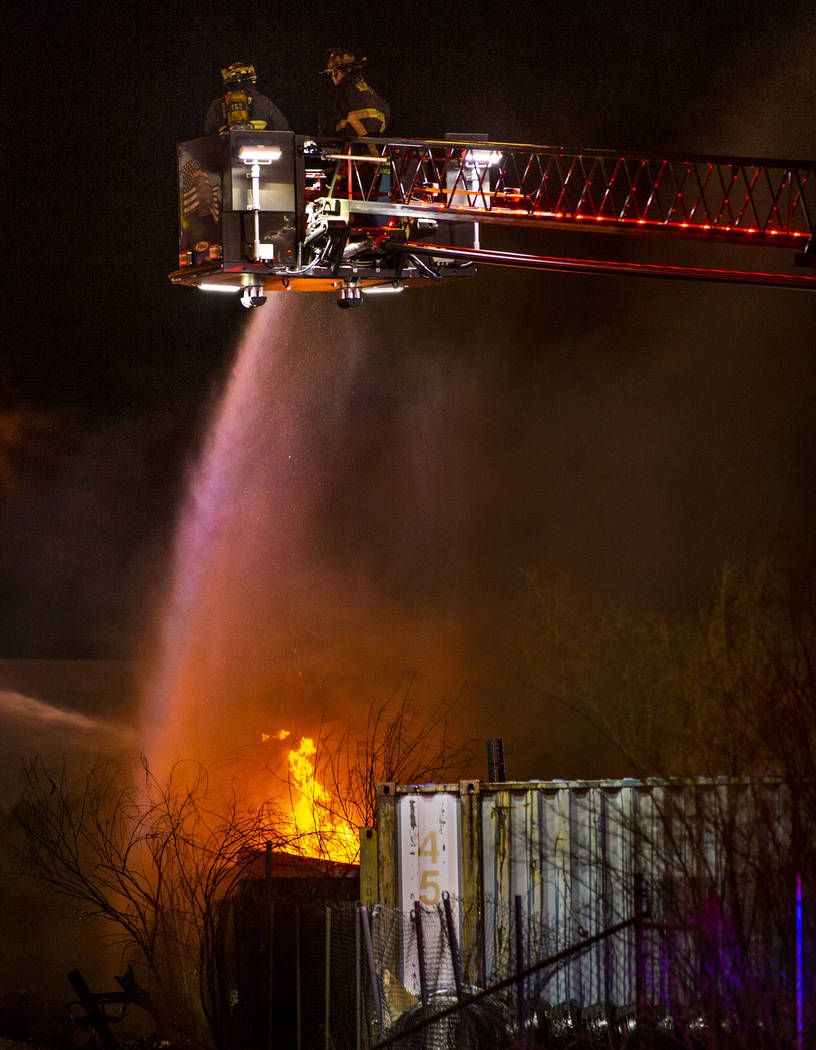 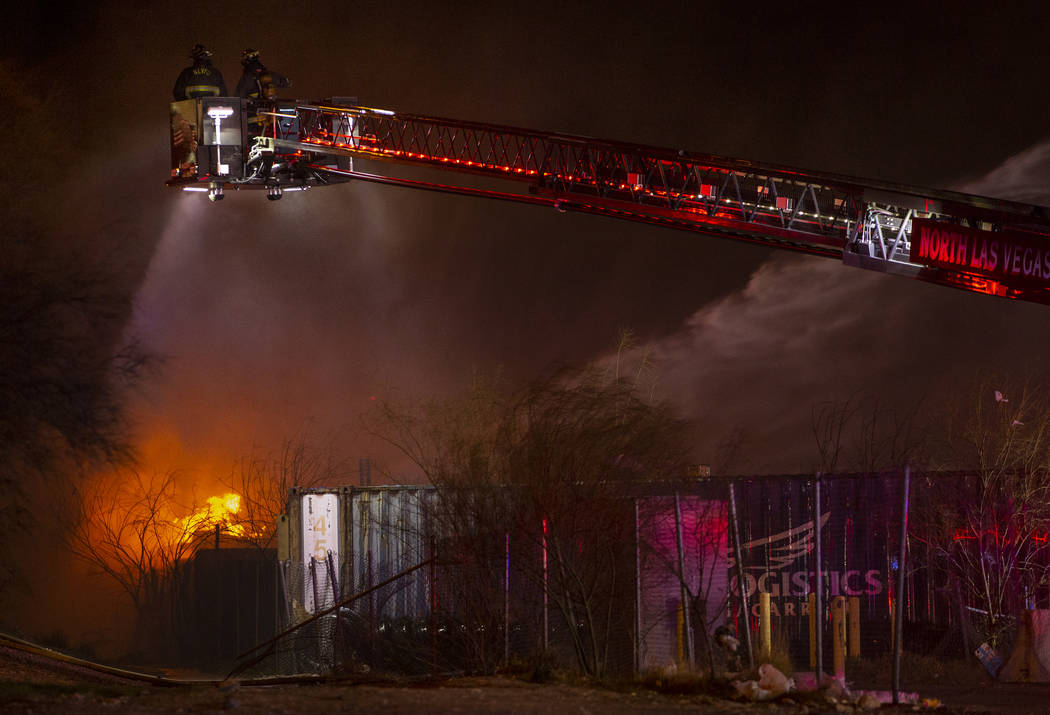 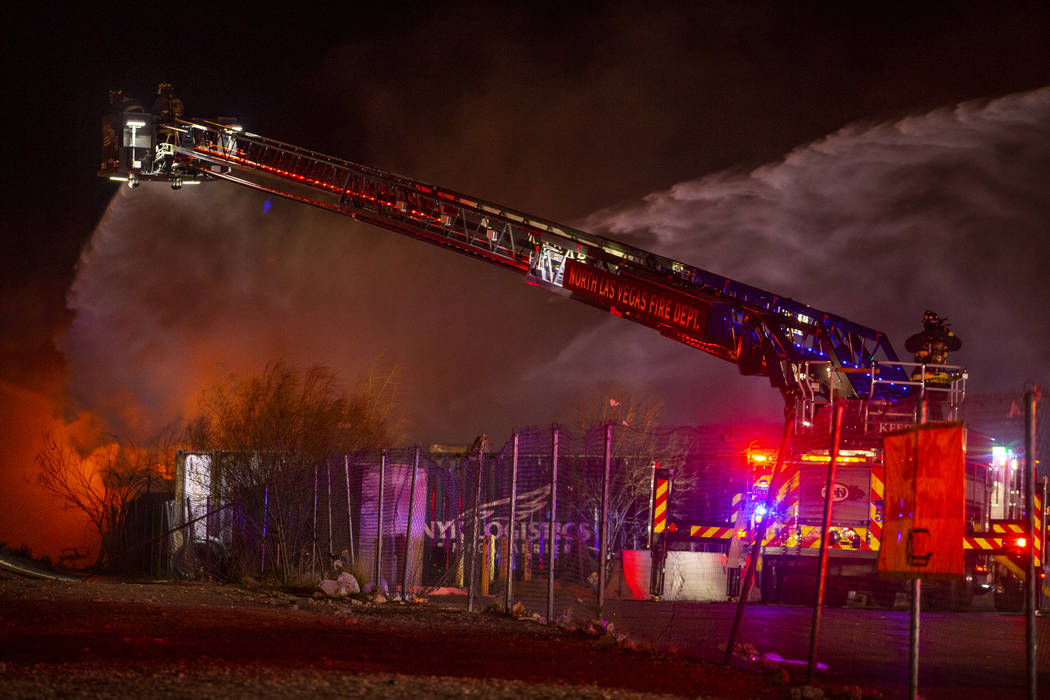 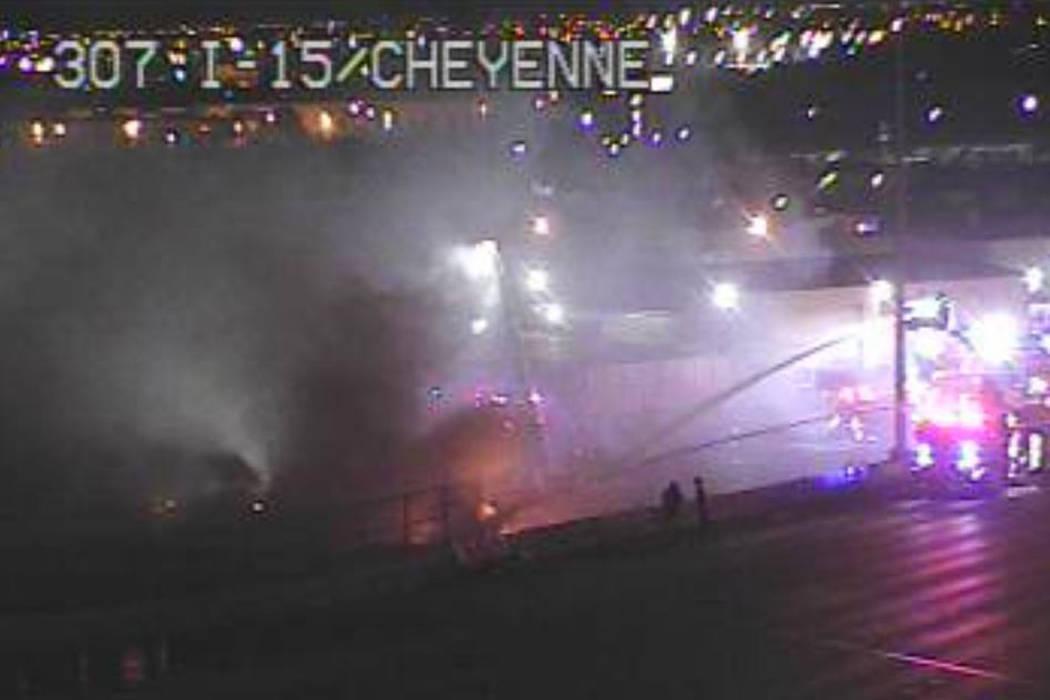 Cheyenne Avenue and Losee Road have reopened after a tire fire Monday night.

Eastbound Cheyenne Avenue was closed near Losee as crews from the North Las Vegas and Las Vegas fire departments investigated the cause the blaze.

The North Las Vegas Fire Department was called to the Purcell Tire and Service Center, 3140 Losee Road, at 8:25 p.m., and initially responded with one engine. But when firefighters arrived, spokesman Nino Galloway said, four more engines, two trucks and a “specialty rig” were called to assist.

The fire was put out by 11 p.m., but Galloway said crews were still cleaning the scene and investigating. He said the large number of tires created a lot of smoke, which was worsened by Monday night’s winds that were up to 30 mph.