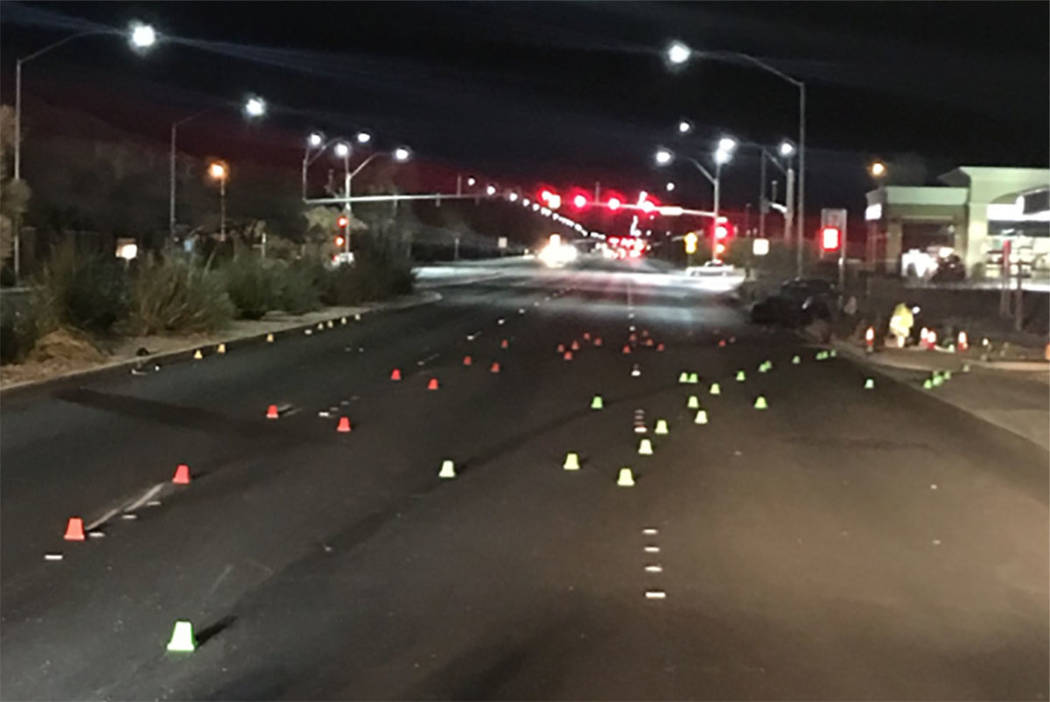 Police secure the scene of a fatal car crash near Losee and Washburn roads on Saturday night, Feb. 24, 2018, in North Las Vegas. (NLVPD via Twitter)

The Clark County coroner’s office has identified the man killed in a Saturday night car crash in North Las Vegas.

Jerry Burns, 65, of North Las Vegas, died from multiple blunt force injuries. His death was ruled an accident by the county coroner.

The crash happened at about 10 p.m. Saturday near Losee and Washburn roads.

Police said Burns’ SUV was heading north on Losee Road when a speeding sedan swerved from the middle lane and hit the back of the SUV, pushing Burns into the car in front of him.

Both Burns and the speeding sedan’s driver were taken to a local hospital in critical condition, where Burns later died, police said.

The condition of the other driver, who police suspect was driving impaired, was not immediately available Monday. It’s unclear whether the driver had been charged in connection with the crash.