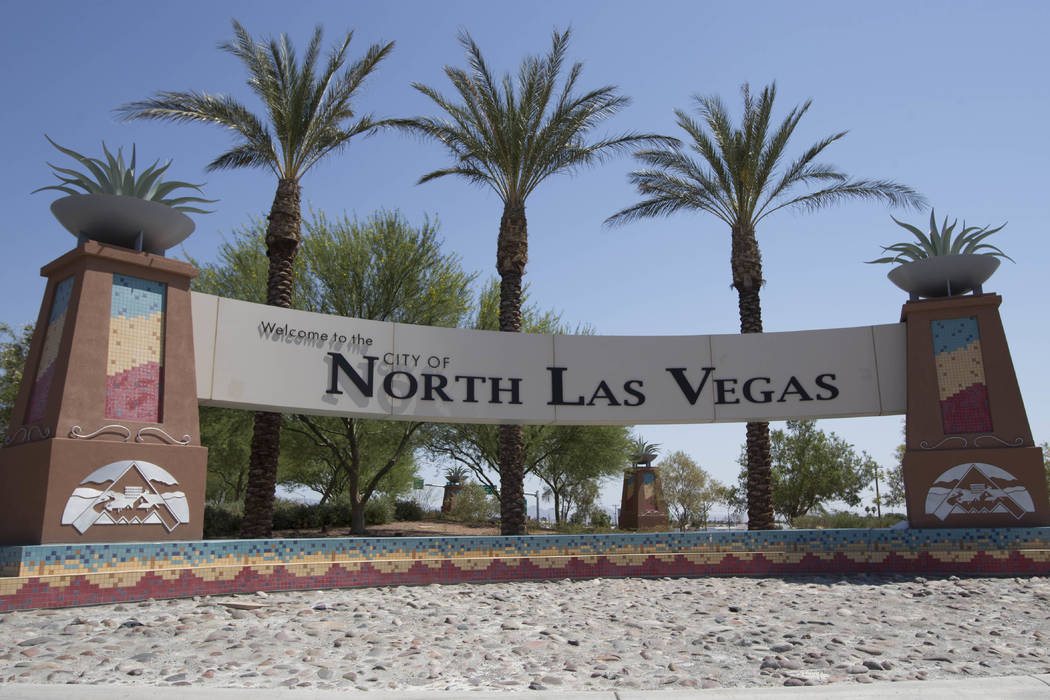 The Welcome to the City of North Las Vegas Sign is seen on Thursday, June 23, 2016. Richard Brian/Las Vegas Review-Journal

Conceptual drawings by Las Vegas-based SH Architecture illustrate wide, open spaces with a circulation desk, an artwork wall, an outdoor reading patio and areas for adult and children’s books on the first floor.

Upstairs, the $2.2 million library will be equipped with meeting rooms, offices, study spaces, a computer lab and a career center. A previous federal community block grant paid for a new elevator, flooring, air conditioners and designs drawn up by SH Architecture.

Separately, the City Council on Wednesday approved an engineering contract for WSP USA to start work on a $10.7 million project aimed at adding sidewalks, crosswalks, bicycle paths, landscaping, lighting and other improvements to an area bounded by Interstate 15, Carey Avenue, Belmont Street and Owens Avenue in downtown North Las Vegas.

WSP USA will complete the first phase of the project for $246,500, which includes a realignment of Williams Avenue between Las Vegas Boulevard and Gilder Street that will be coordinated with ongoing construction for the new library, according to a city report. The project is funded by the county’s fuel revenue indexing tax.

“We’ve done so much in the hinterland and in the other parts of North Las Vegas, but when we spend time and energy working in downtown sections and corridors, it’s so important for those taxpayers that live down here,” Mayor John Lee said. “They’re not forgotten and they’re at the top of the list when it comes to doing what we can to make that area the best that we can.”