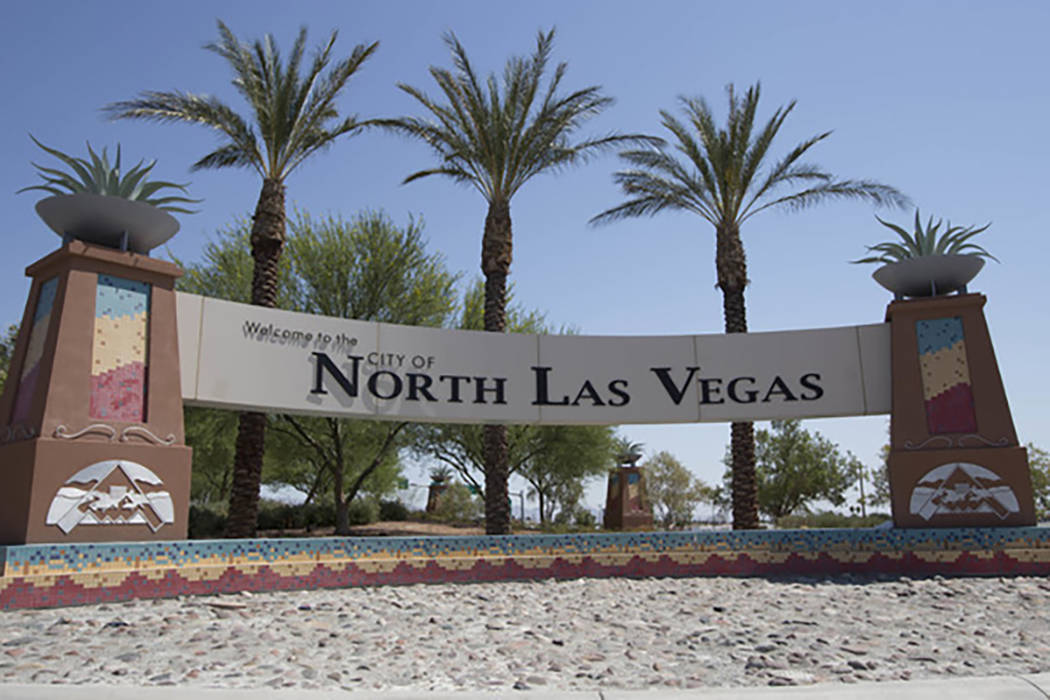 The Welcome to the City of North Las Vegas Sign is seen on Thursday, June 23, 2016. (Richard Brian/Las Vegas Review-Journal)

City Manager Ryann Juden said that city and union officials negotiated a series of labor pacts aimed at providing for current workers while also having enough money this year to hire additional employees that were lost during the economic downturn.

“These contracts are examples of collective work with our bargaining groups and the importance of investing and reinvesting,” Juden told the City Council.

Contracts with the city’s firefighters and firefighter supervisors, retroactive to July 1, 2017, offer no raises during the first year.

“Of course we’re not offering a whole lot of money, but it’s something your members can work with and we can sustain,” Councilman Isaac Barron said.

The deal was struck nearly a year after Craig Romey, president of the firefighters’ union, declared an “impasse” as the previous two-year contract with the city was set to expire. The fire chief and assistant chief are not represented by the union.

On Wednesday, Romey said labor negotiations “turned over a new page to get things moving in the right direction again” after Juden was appointed interim city manager in January, and both sides were able to avoid the high costs of going into arbitration.

City employees represented by Teamsters Local 14 received a one-year extension on a current two-year pact with North Las Vegas. The deal allows for a 2 percent base wage increase that goes into effect on July 1, along with a $46 monthly increase to medical insurance contributions.

“We acknowledge and support the city’s effort to balance rewarding current employees and adding staff to address the growing demands of city services,” said Lynn Griffith, an office manager for Teamsters Local 14. “We look forward to working with the city as the local economy continues to grow from the great recession that we had.”