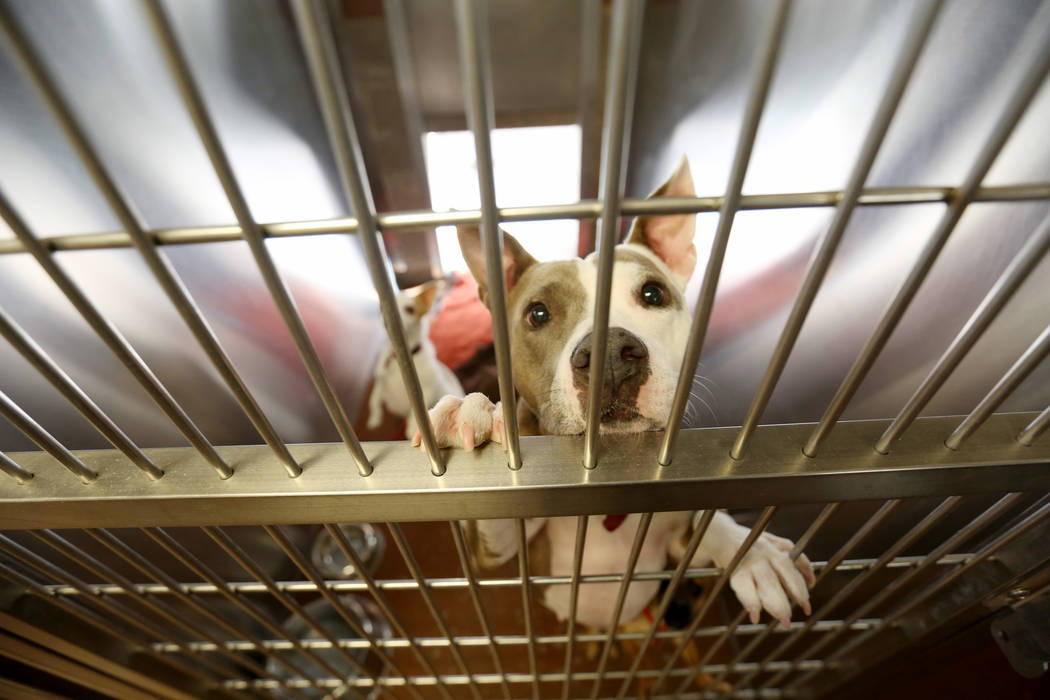 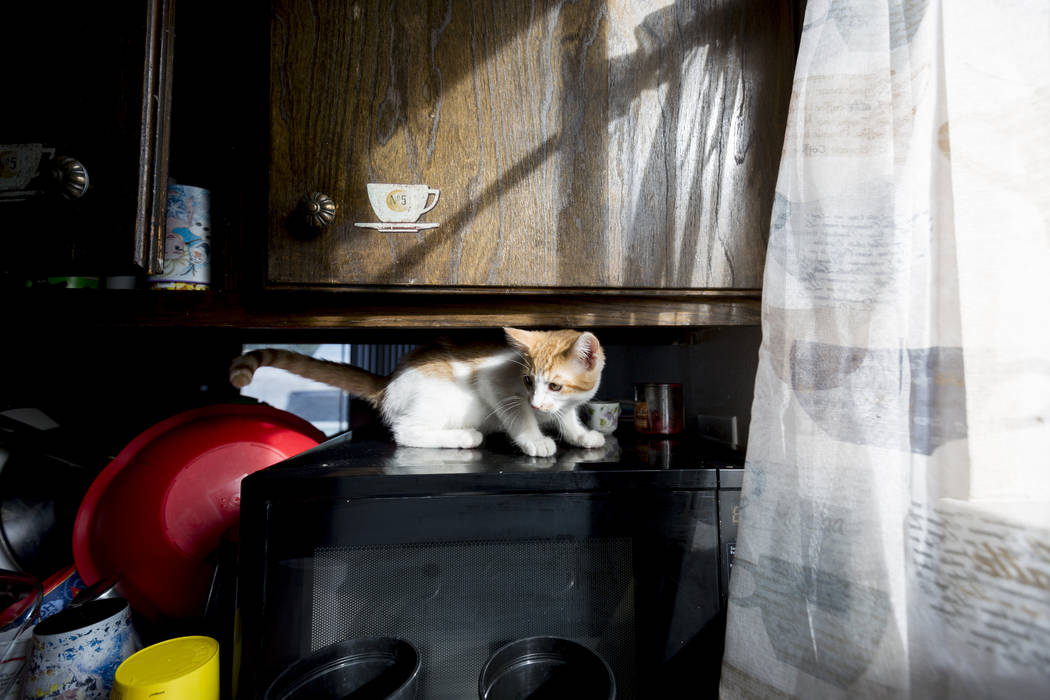 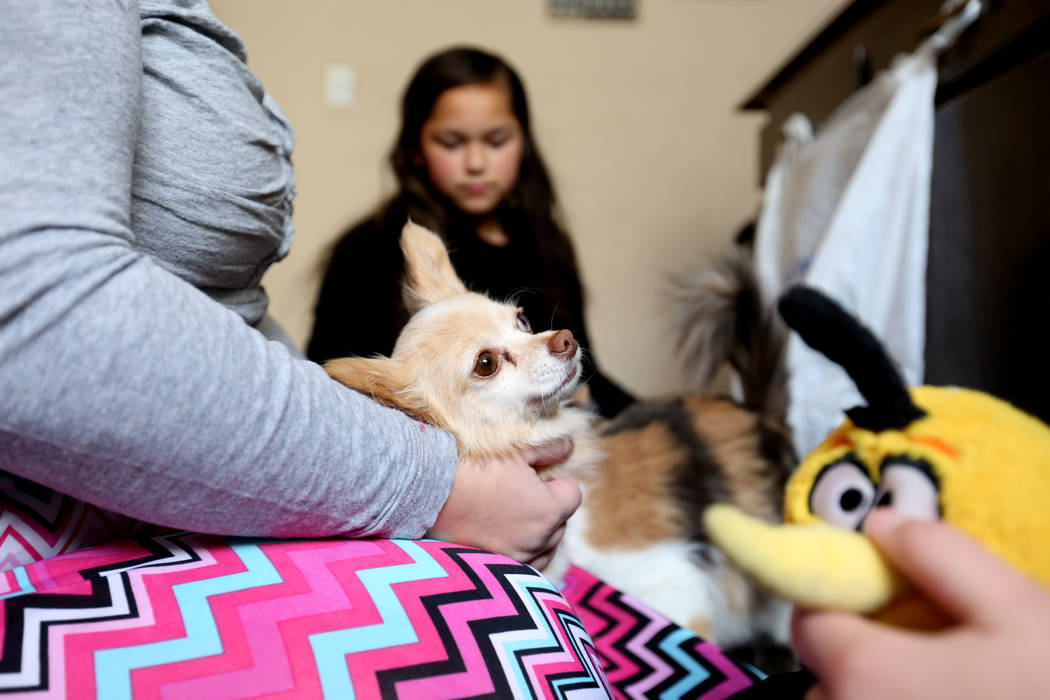 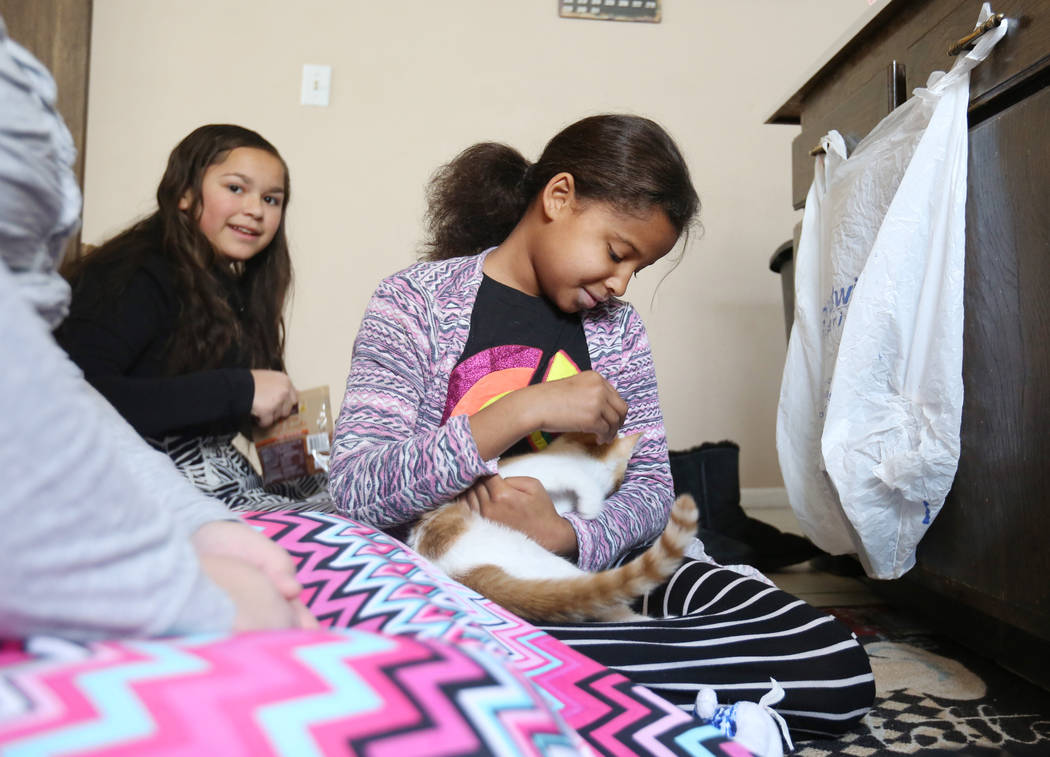 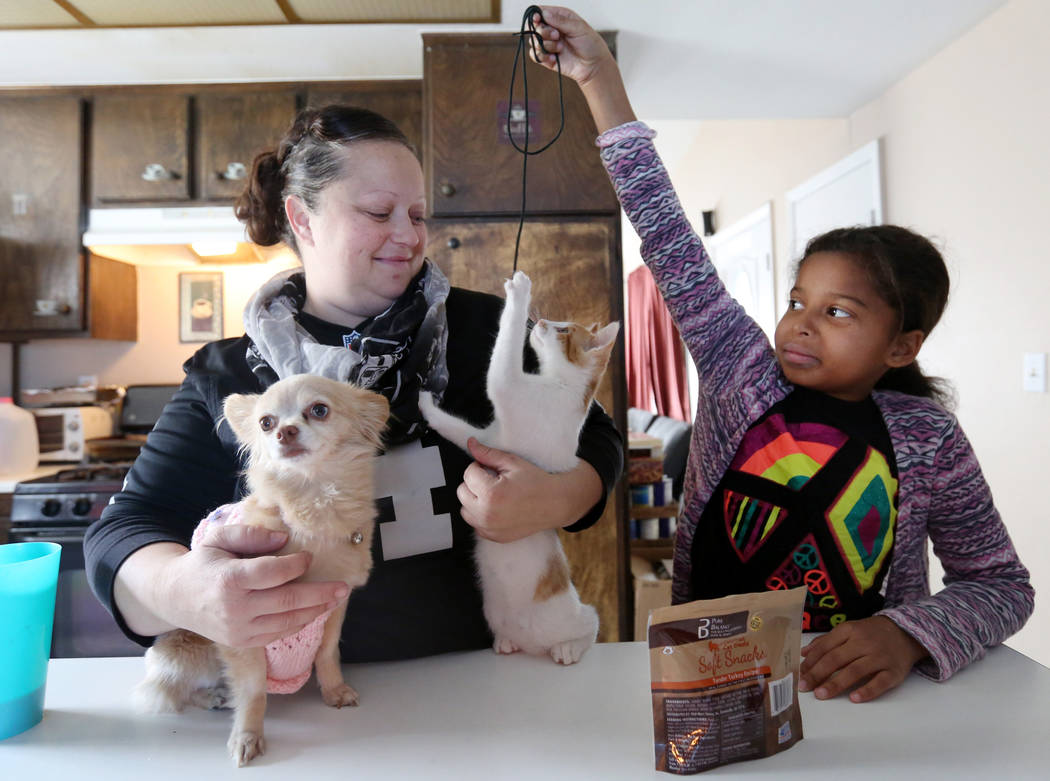 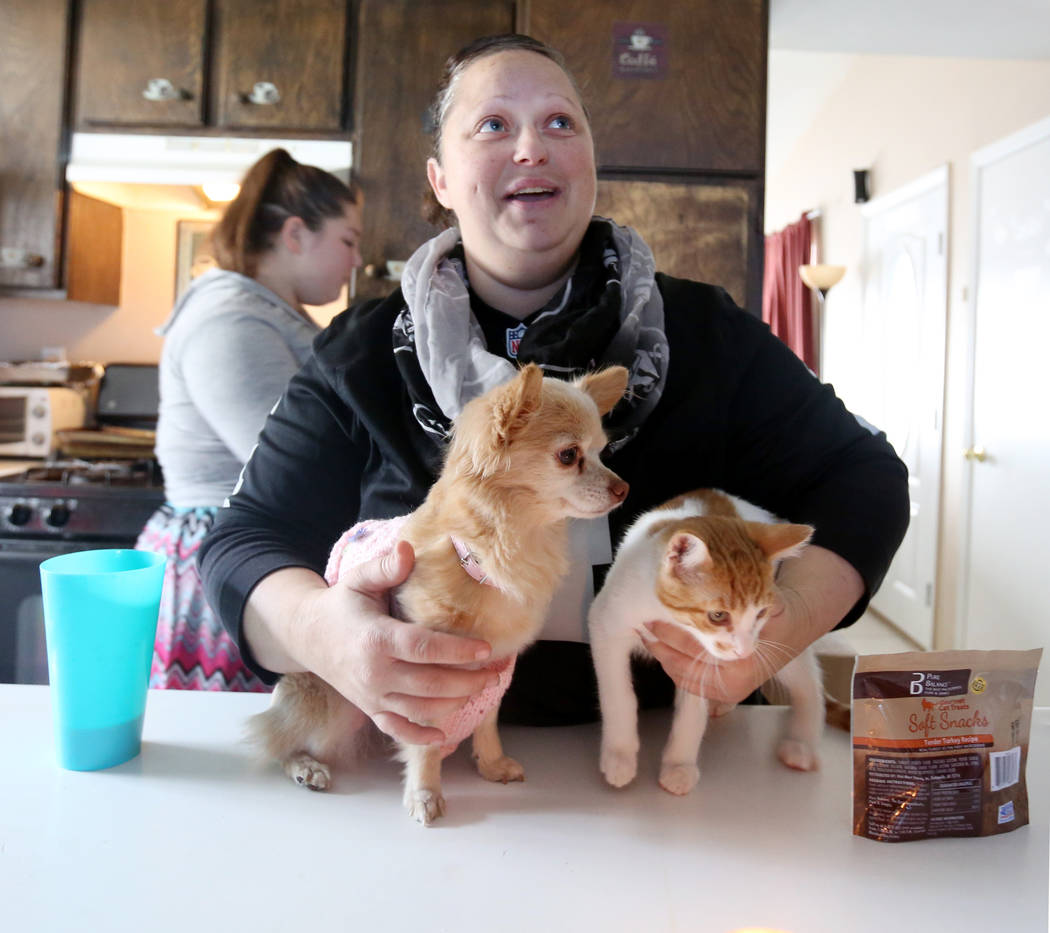 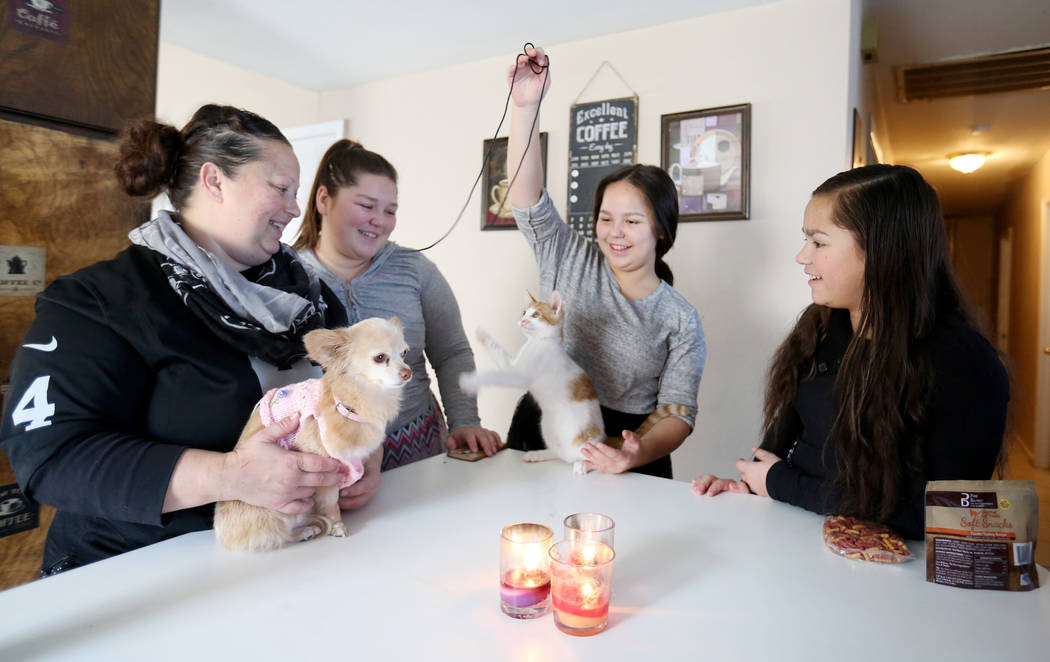 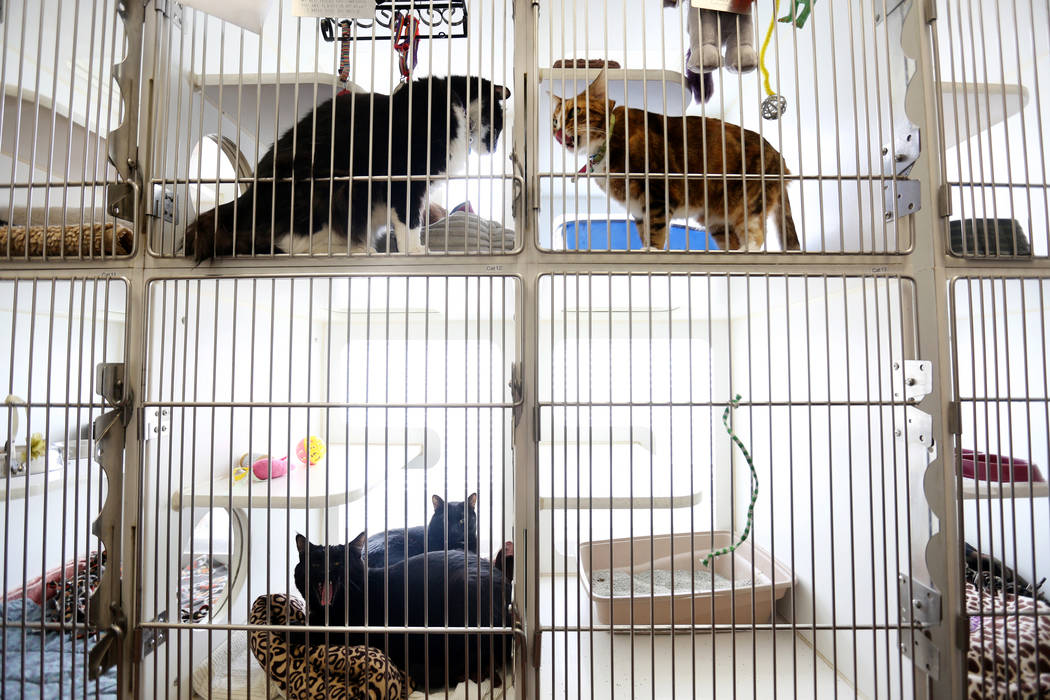 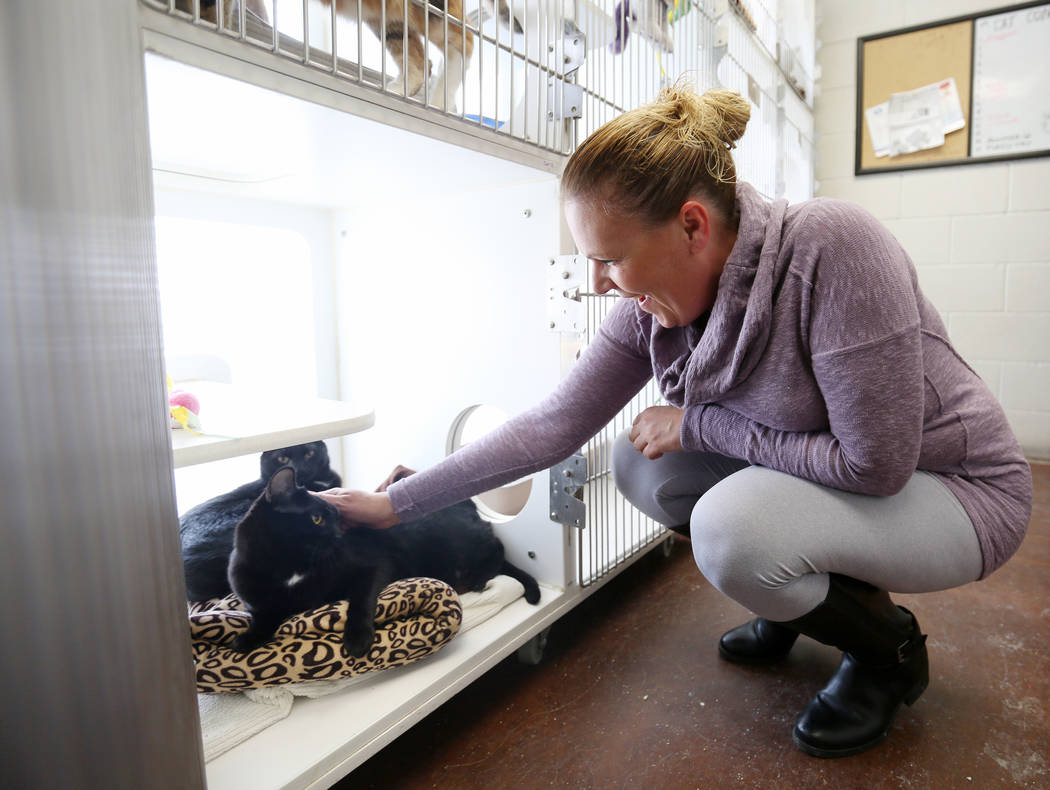 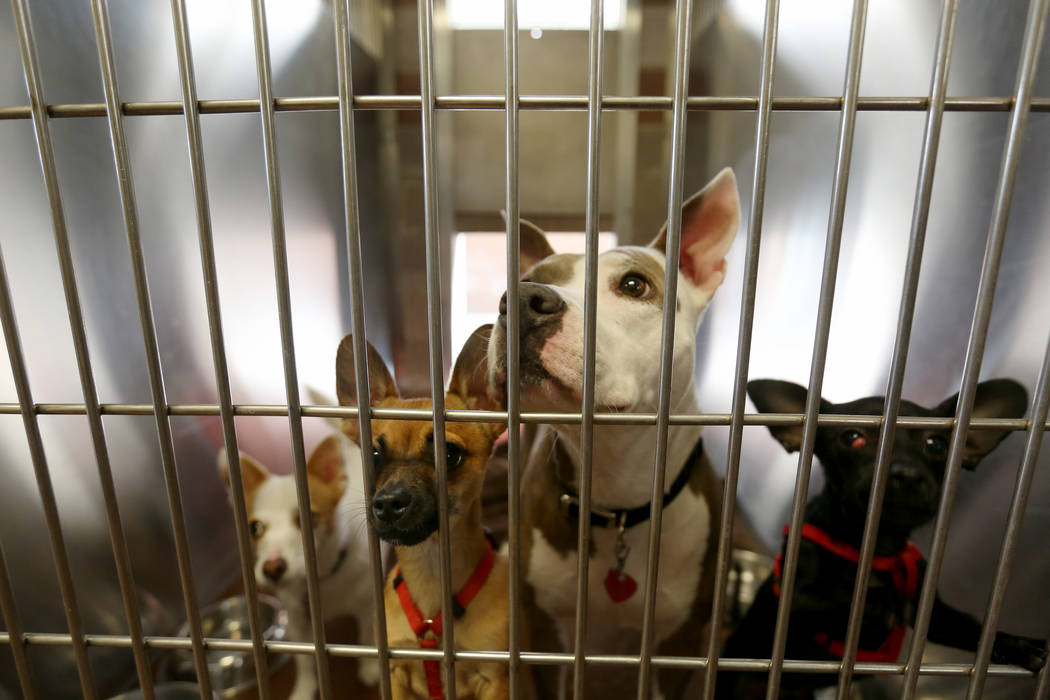 Once upon a time, Elena Saccapilltio dreamed of life in Las Vegas. She would do hair and makeup for MMA fights.

Her boyfriend at the time, who would end up being her abuser of 10 years, would fight professionally.

“I’m like, ‘We could move to Vegas and end up doing good there,’” Saccapilltio said over the phone on a recent Friday.

But on a June afternoon while Saccapilltio, a native of San Jose, California, ate lunch with two of her four daughters and her then-boyfriend, plans changed.

“I was trying to get us out of the car and gather our things,” she remembered.

Saccapilltio and her boyfriend were, once again, fighting, when she saw her 15-year-old, Kalena Segars, pull her 12-year-old, Rozlyn Segars, onto her lap and cover her eyes with one hand and ears with the other.

“And that was the breaking point for me. I was like, ‘I cannot do this any longer. I don’t want my girls to ever be in that type of situation and think that type of relationship is OK.’”

So Saccapilltio made a plan to leave. The problem: “Every time we would leave, the girls would be worried about the animals.”

Saccapilltio, 40, and the girls own six “fur babies,” as she calls them: Penny the cat; Persia and Prunella, both Chihuahuas, though the latter has some Jack Russell terrier in her; Penelope, another cat; and the two odd ones out: Monroe, Penelope’s sibling, and Alex, the 3-month-old kitten up for adoption.

“I was like, ‘We need somewhere for the animals to go while we figure out what we could do,’” Saccapilltio said.

Enter Noah’s Animal House. The pet shelter lives next door to The Shade Tree, a North Las Vegas shelter for women and children who are victims of domestic abuse. It serves as a boarding house for the pets of Shade Tree clientele.

Saccapilltio read somewhere on the internet that Noah’s Animal House would open a location in Reno, but not for another year or more.

She dug a little deeper, and learned that a location already existed near Las Vegas. Suddenly, the city she once dreamed of starting a new life in came into the picture once again.

“I’m like: No way. This is not true,” Saccapilltio remembered thinking.

Jazmen Segars, 19, Saccapilltio’s oldest daughter, wasn’t too excited. “She said, ‘Oh no, it’s too hot there,’” Saccapilltio said. But the mother promised Jazmen a pool.

So the family packed Walmart bins filled with clothes in the back of a van, scooped up their four-legged friends and drove to Sin City.

Staci Alonso was shocked when she learned more than a decade ago that women would either have to surrender their pets or leave when seeking help at The Shade Tree.

She has pets of her own and recognized “just how much they get you through difficult times,” said Alonso, an executive vice president for Station Casinos Inc. and a 16-year member of The Shade Tree board of directors.

Which is why when a young woman came in with her cat, Alonso fostered the feline in her home while the woman received help.

“She was only 19, and felt she was ready to take a chance and get help,” Alonso remembered, “but it could not be without her cat.”

After that, Alonso set out to establish Noah’s Animal House, named after her son and the biblical Noah’s Ark. It became so popular after word of its construction spread that Alonso and other volunteers took 120 pets into their homes in the year that Noah’s was being built.

The shelter celebrated its 10-year anniversary at a recent event. In the past decade, 1,400 pets have taken cover at the shelter.

Its own statistics show a return rate of 20 percent in women and children who come without pets, compared with 2 percent in families with animals, Alonso said.

“Our goal is to build more in other cities or states,” she said. “Today, there’s more and more news coverage of the need for domestic violence shelters to have a pet service, so it’s gratifying to have 10 years of history to provide others about the importance of this partnership.”

When Sacapilltio and her family walked into The Shade Tree in August 2016, she said, the welcome her animals received was beyond her expectations.

“That made it so much easier for that night of sleep, to know they were being taken care of just a couple feet away from where we were sleeping,” she said.

Her daughters signed up for multiple half-hour slots in the center’s cuddle rooms each day, walked their dogs and asked to help walk others.

“My daughters always say that their animals hold secrets,” she said. “It’s true. They don’t actually tell what you tell them, but at the same time, they respond to how you respond.”

About three months after the family checked into The Shade Tree, they were able to leave and move into a house of their own. The five looked at 45 or 50 houses in that time, finally settling on the perfect spot just 10 days before Thanksgiving.

They lugged their Walmart bins full of clothes into the house. The shelter donated an old Keurig coffeemaker to the family.

For the first time, the family celebrated the holiday peacefully. And Saccapilltio’s promise to Jazmen was fulfilled.

“Of course, it has a pool in the backyard,” the mother said.