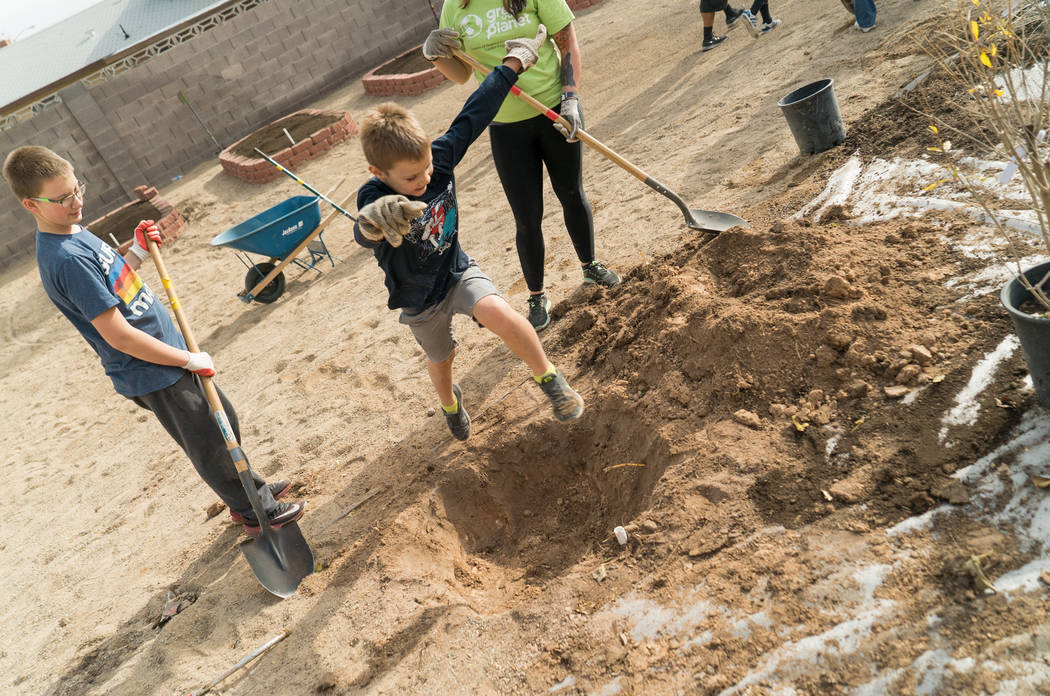 Students work on a garden at Harris Elementary School in December 2017. (Green Our Planet) 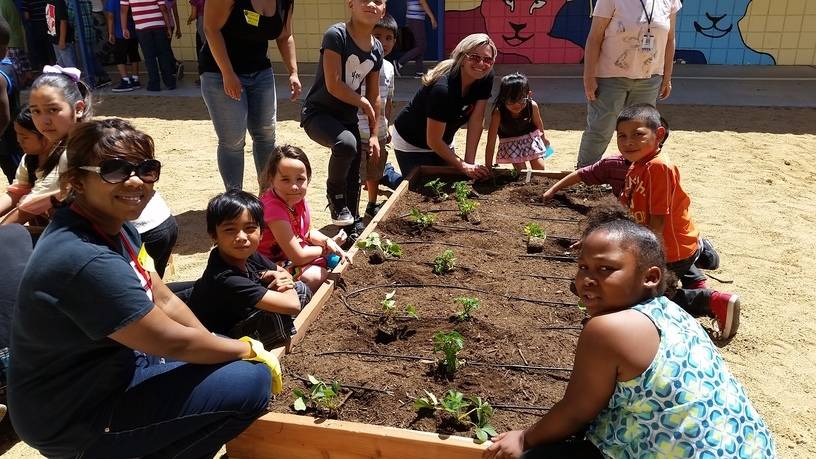 Students at Lake Elementary School are seen after their garden expansion. (Green Our Planet) 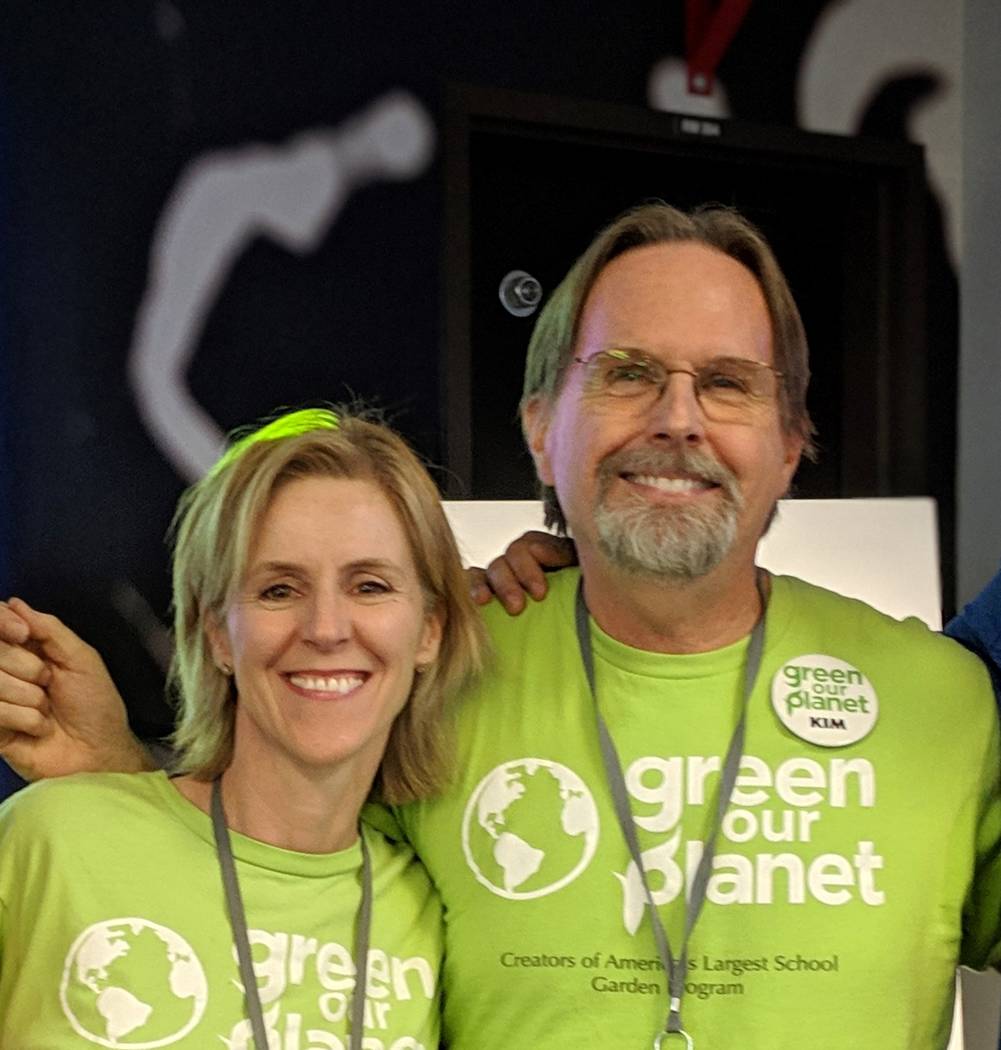 Green Our Planet, the southwest Las Vegas-based crowdfunding platform that began in 2013 and became the largest school garden program in the U.S., started as a small side project for Ciara Byrne and Kim MacQuarrie.

While building the company’s website, their developer said they should start with funding a program locally. They decided to use the platform to fund their first school garden for Wallen Elementary School in Henderson in 2013.

Today the nonprofit organization has installed 167 school garden and works out of the Innevation Center in southwest Las Vegas. Byrne is being recognized nationally for her efforts. She was selected as an Obama Foundation fellow in April, joining its second-ever class. She and 19 others were picked from among 5,000 applicants. The foundation selects fellows who work in the community to solve important public problems, show diverse talent and approaches to drive change and who have made a direct impact on the community.

This year’s Obama Foundation fellows will gather for four workshops in Washington D.C. to work with leaders and potential partners to find ways to scale their work and inspire communities to be engaged with their work according to a foundation press release.

Byrne said that at the first meeting of the fellows in Washington, D.C., in May, leaders of various community groups across the country were brought in to talk about scaling the fellows’ projects.

Back in Las Vegas, MacQuarrie said the “knee-jerk” reaction to the idea of school gardens here is that “nothing grows in the desert” and countered that “with over 300 days of sunshine, the right soil and water, a lot can grow here.”

MacQuarrie grew up in Las Vegas after moving to the area in second grade in 1963. The three public schools MacQuarrie attended in the city, Lake Elementary, Orr Middle and Valley High School, all now have gardens.

“Our motivation was that everyone needs to be a conservationist if we are going to protect the planet,” Byrne said of the pair’s organization, adding, “What we saw in the gardens was a way to connect to children and help them fall in love with the planet in a way that, when they grow up, they will want to protect it.”

As Green Our Planet grew, Byrne said, teachers started asking for a curriculum to go along with the garden. Around that time the organization paired with Three Square food bank to apply for a grant to create Nevada’s first STEM garden curriculum for kindergarten through fifth grade.

Byrne said she’s passionate about the students they work with, many of whom come from low-income neighborhoods.

“When you grow up in poverty, that is trauma for these kids, and so many of them have told us that the garden is their sanctuary,” Byrne said. “That is what gets me out of bed in the morning, knowing that these gardens create an opportunity for joy for teachers and students. When you are joyful at school, you want to go to school, and going to school is good for your future.”