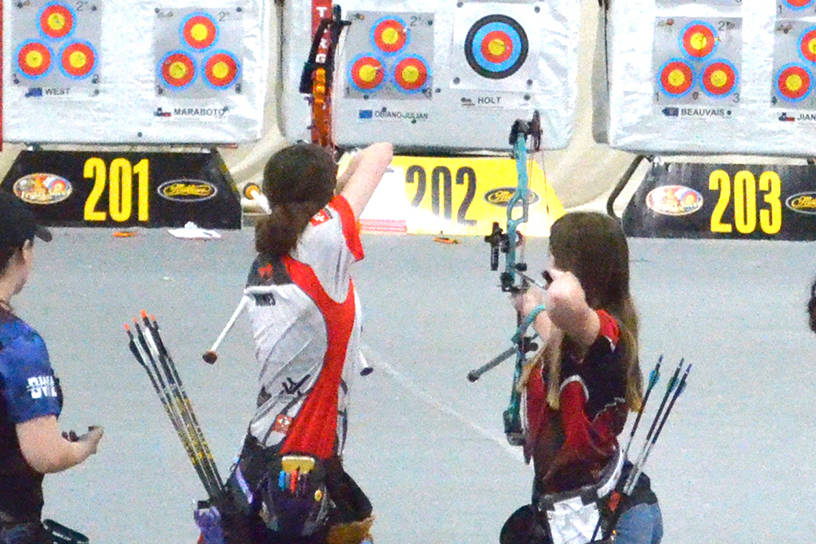 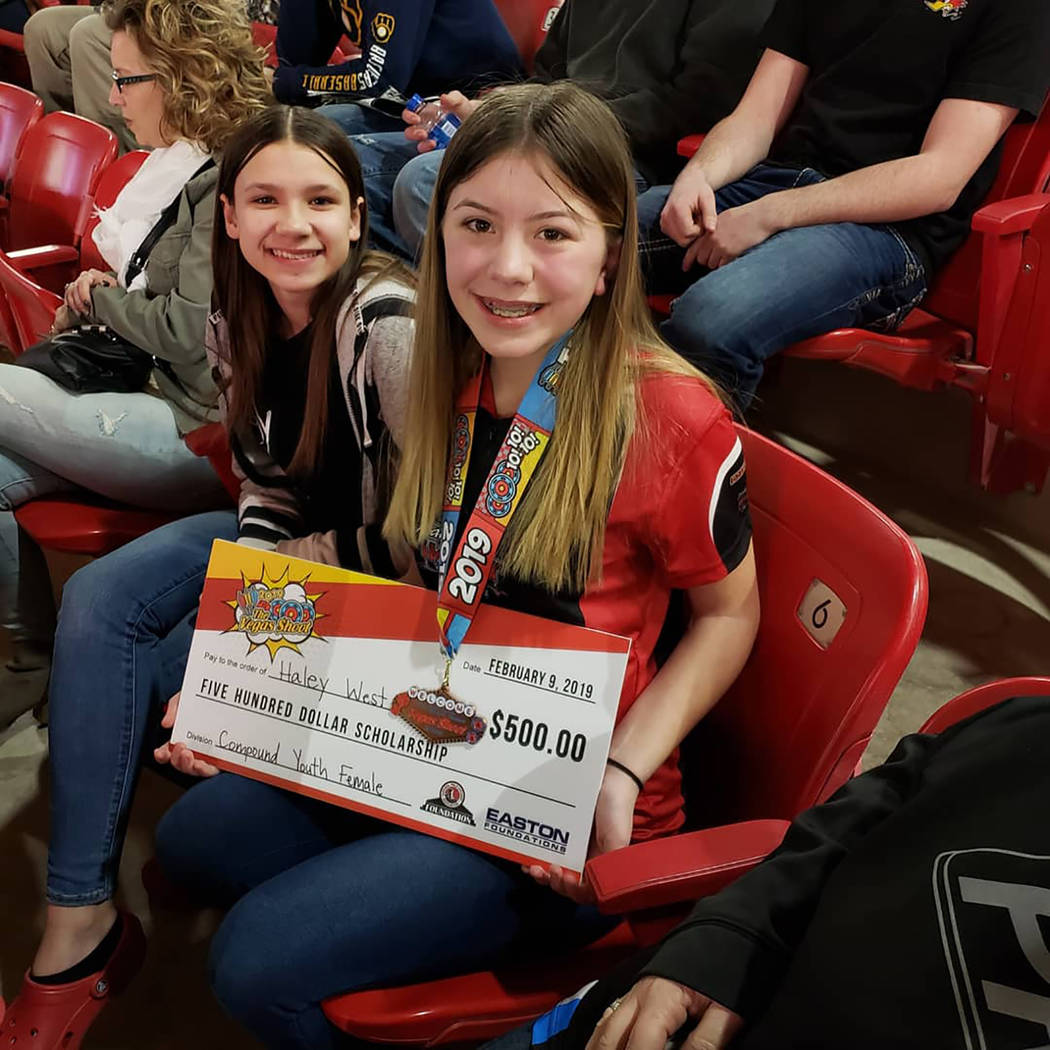 Haley West received a $500 check for finishing in third place in her division at the Vegas Shoot at the South Point. (Brenda West) 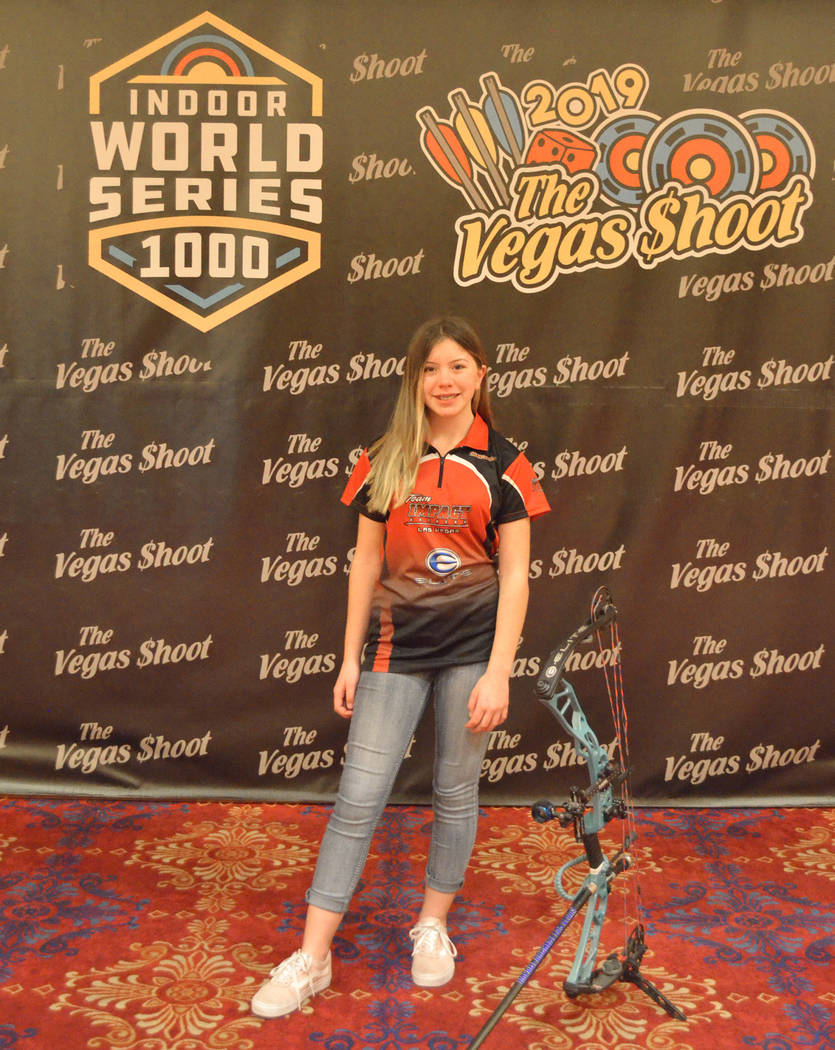 Haley West stands in front of the Vegas Shoot banner at the South Point. (Brenda West) 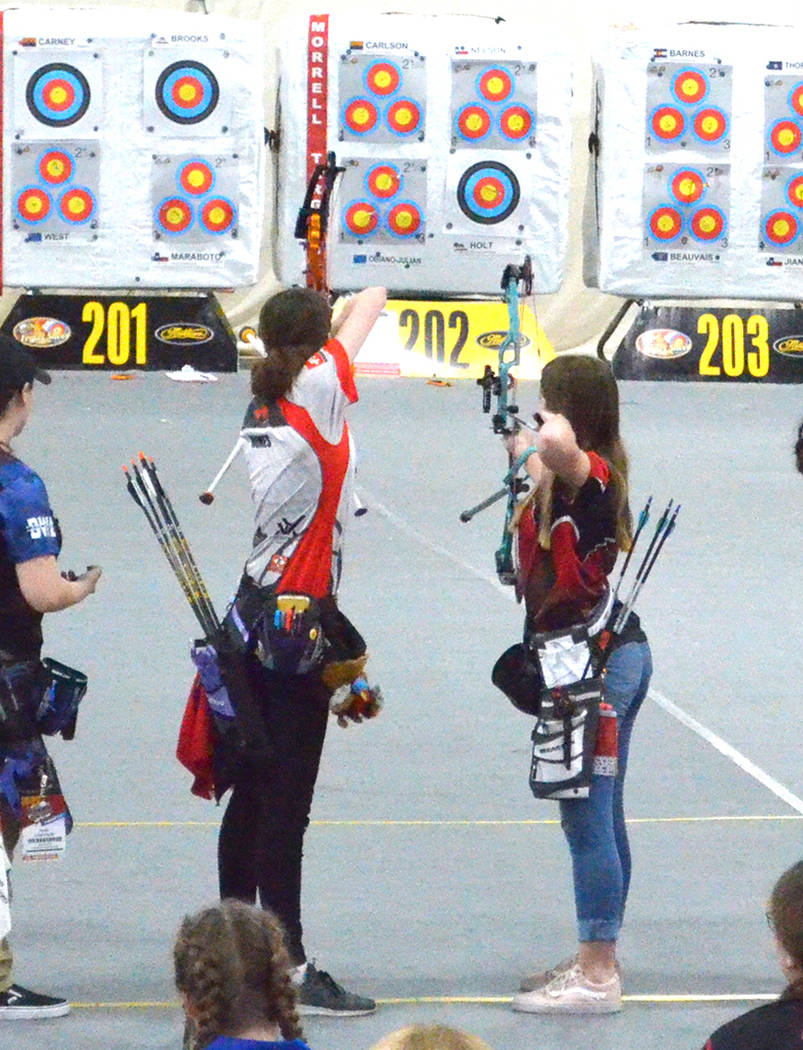 Archer Haley West of southwest Las Vegas finished in third place out of 102 girls in her division at the Vegas Shoot at the South Point on Feb. 8-10.

West, 12, competed for the first time in the youth division, made up of archers ages 12-14. The Miller Middle School student received a $500 scholarship for her finish.

“I was a little nervous; I was in a division with older kids who have been shooting way longer than I have,” Haley said. “After I started shooting I realized I was prepared, and I wasn’t nervous anymore.”

Haley said she shot next to her friend from Reno during the tournament. She said she liked helping the girls in her division who were shooting at the large tournament for the first time.

“I knew what to expect this year,” Haley said, adding that it was her third time at the Vegas Shoot. “I knew where to go and what to do, and I knew that people were available if I had questions.”

Haley is a shooter with Impact Archery, an archery shop and shooting range in southwest Las Vegas. She said that during the week before the tournament, she met archers from Denmark and elsewhere in Europe who practiced at Impact Archery.

Haley’s $500 scholarship comes from the Easton Foundations. She said she’ll use it toward college tuition.