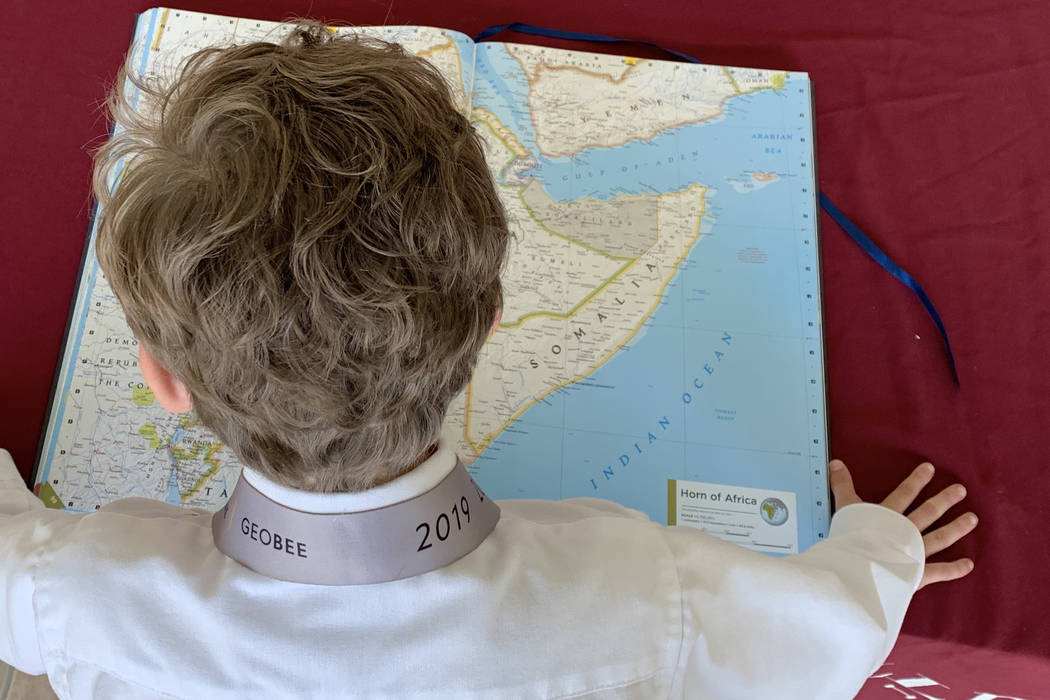 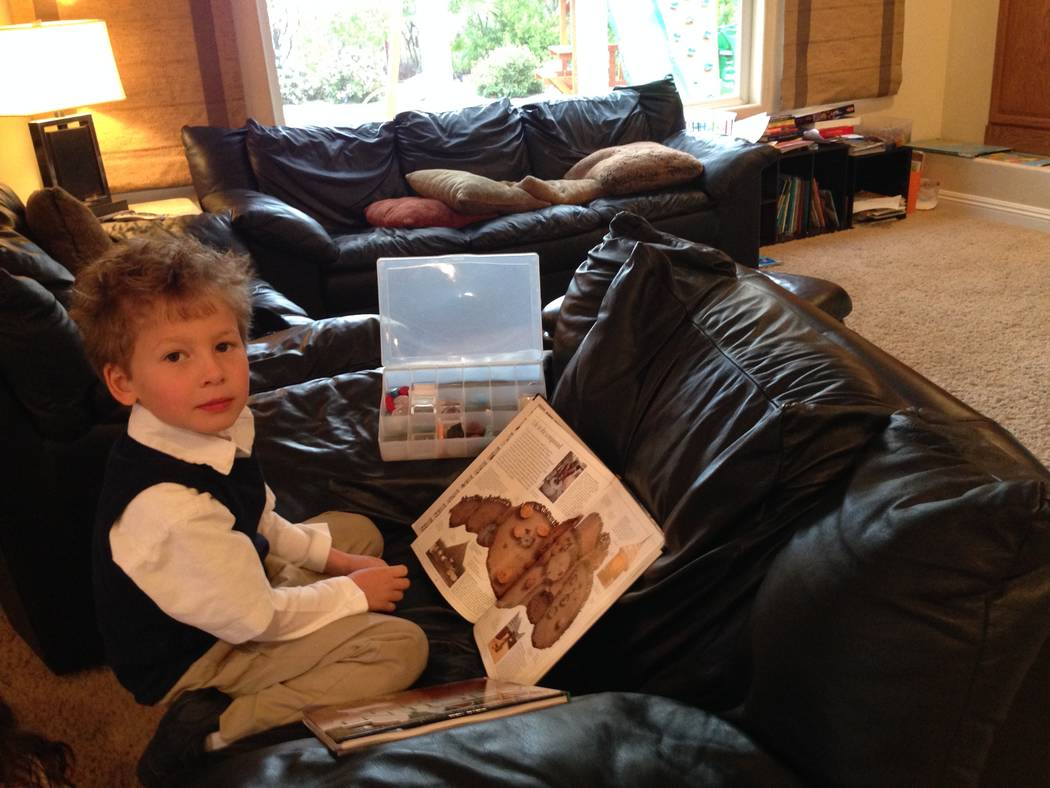 Jack Stark at 5 studying an atlas his mom gave him. (Courtesy) 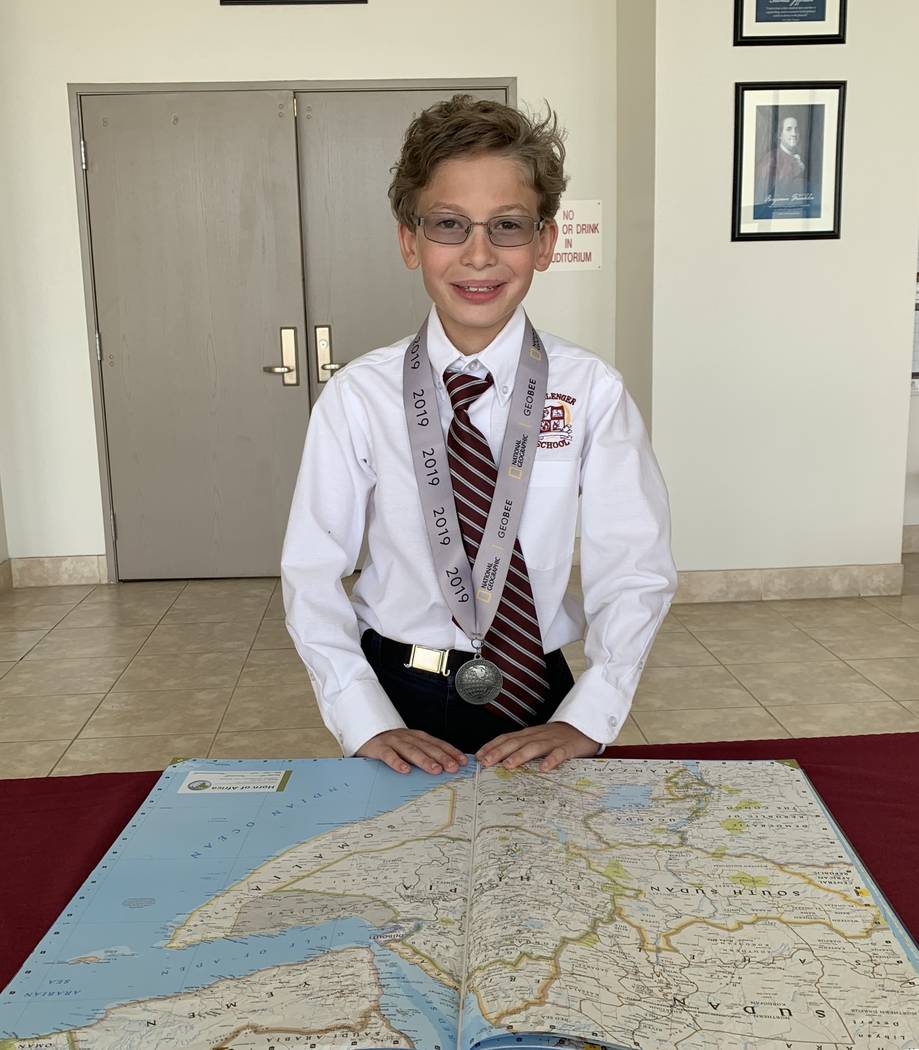 Jack Stark of Summerlin was 3 when his mother bought him his first atlas — a gift that would shape the framework of his life in years to come.

“I have a photo of him when he’s like 4 with his little feet peeking out from underneath the book,” said Lisa Stark, Jack’s mother. “He’s always been intrigued by the obscure.”

Jack, 10, is a fifth-grader at Challenger School-Summerlin and was chosen as one of over 100 students at his school and thousands across the state, grades four through eight, to compete in National Geographic’s GeoBee in Washington, D.C. It took place May 19-22 at National Geographic’s headquarters.

GeoBee includes three levels of competition: school, state and national. After participating schools conduct a GeoBee at their school, the school champion takes an online qualifying test to compete at the state level. State champions travel to the nation’s capital.

Jack didn’t place at the national competition, but it hasn’t stopped his ambition.

“I want to one day host the GeoBee — maybe become a history professor or work for National Geographic,” he said.

“The breadth of knowledge is amazing in Jack,” Schiffner said. “A question comes up and it’s about some obscure peninsula of some continent that you think there’s no way he knows it, but he does. He really sets himself apart from the rest of the competition, and I don’t think it’s an accident that, as a fifth-grader, he has seen success in the competition.”