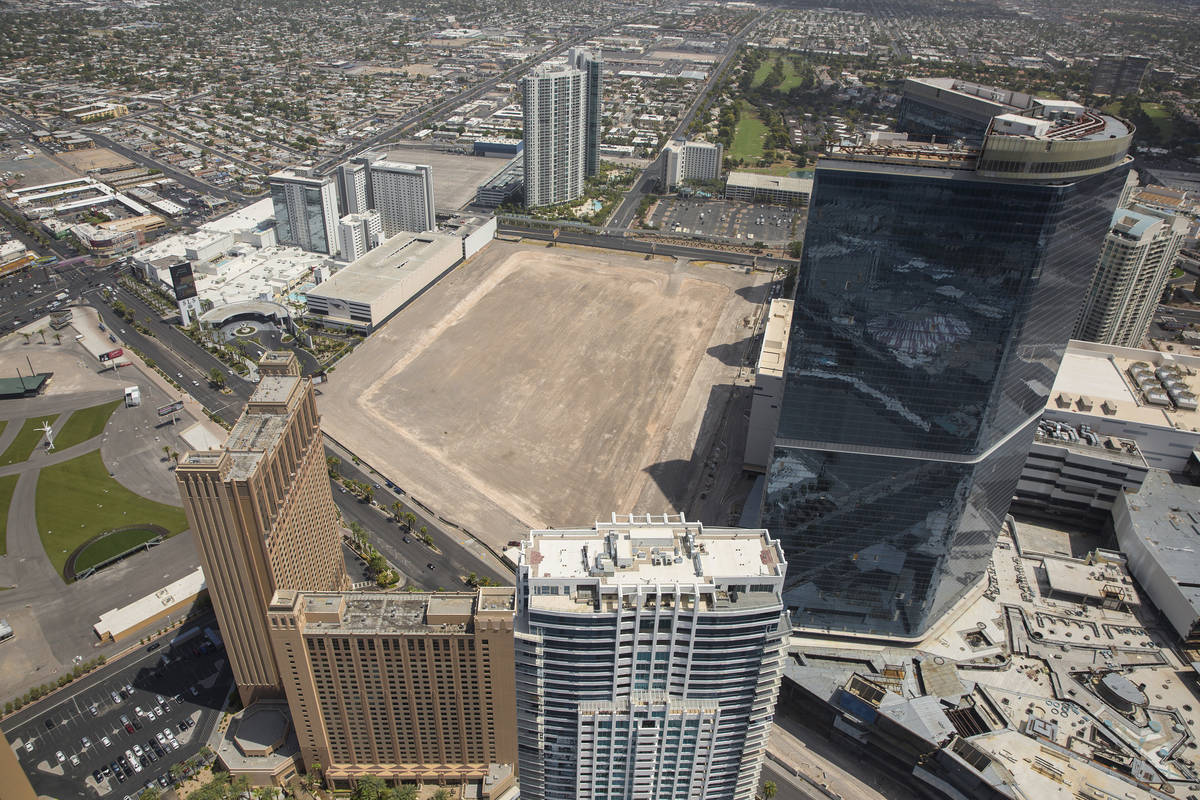 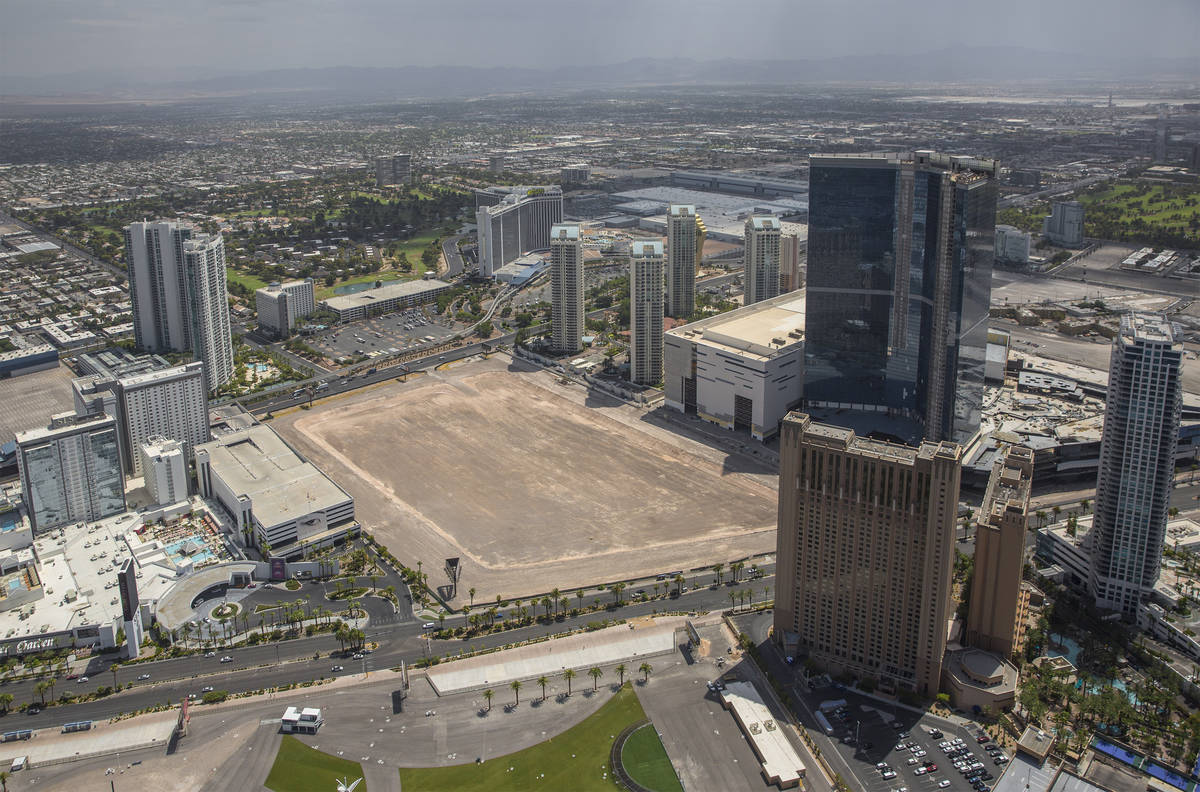 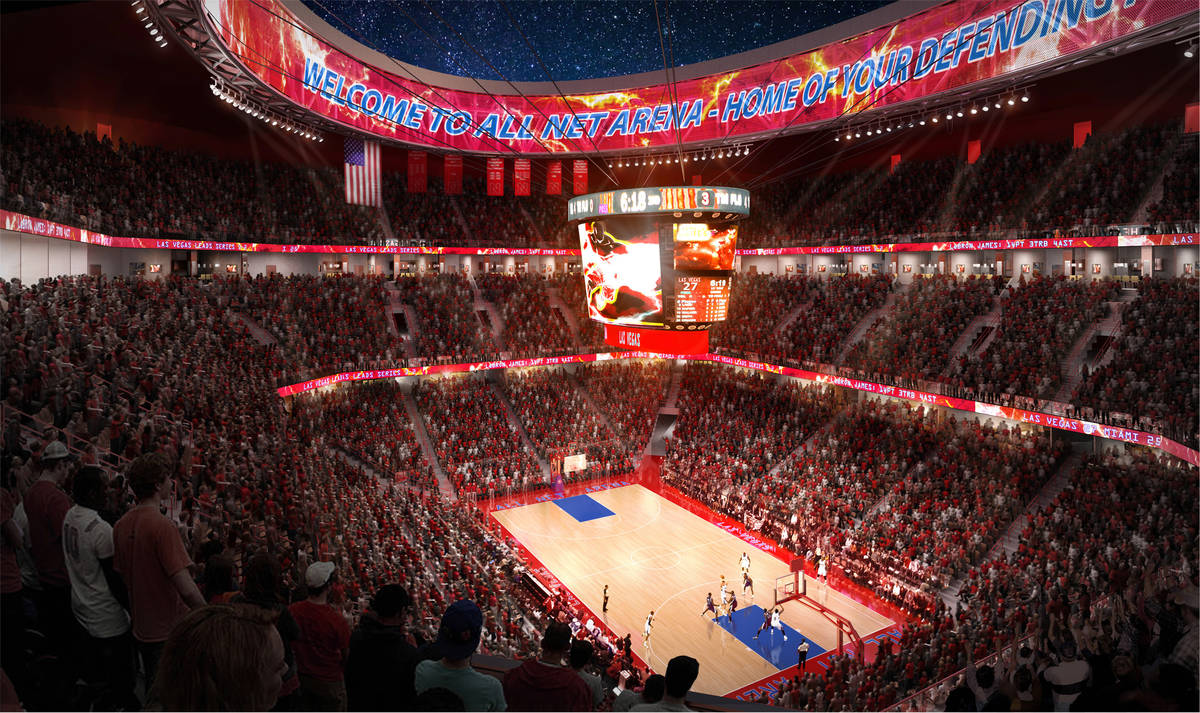 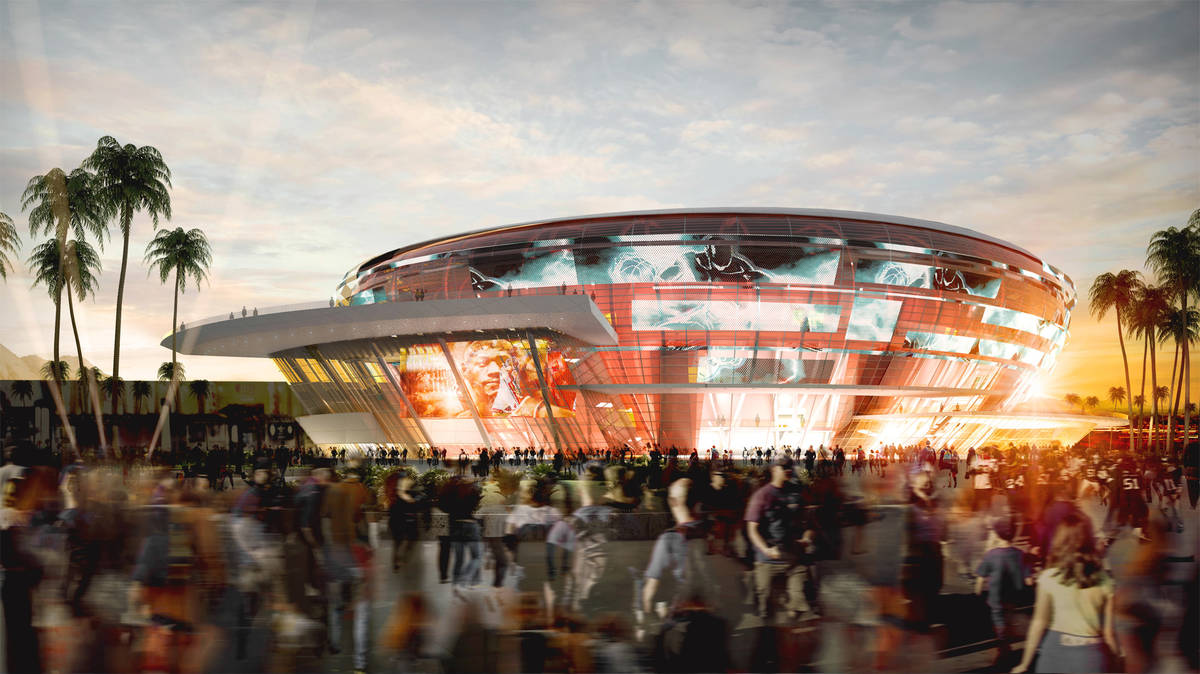 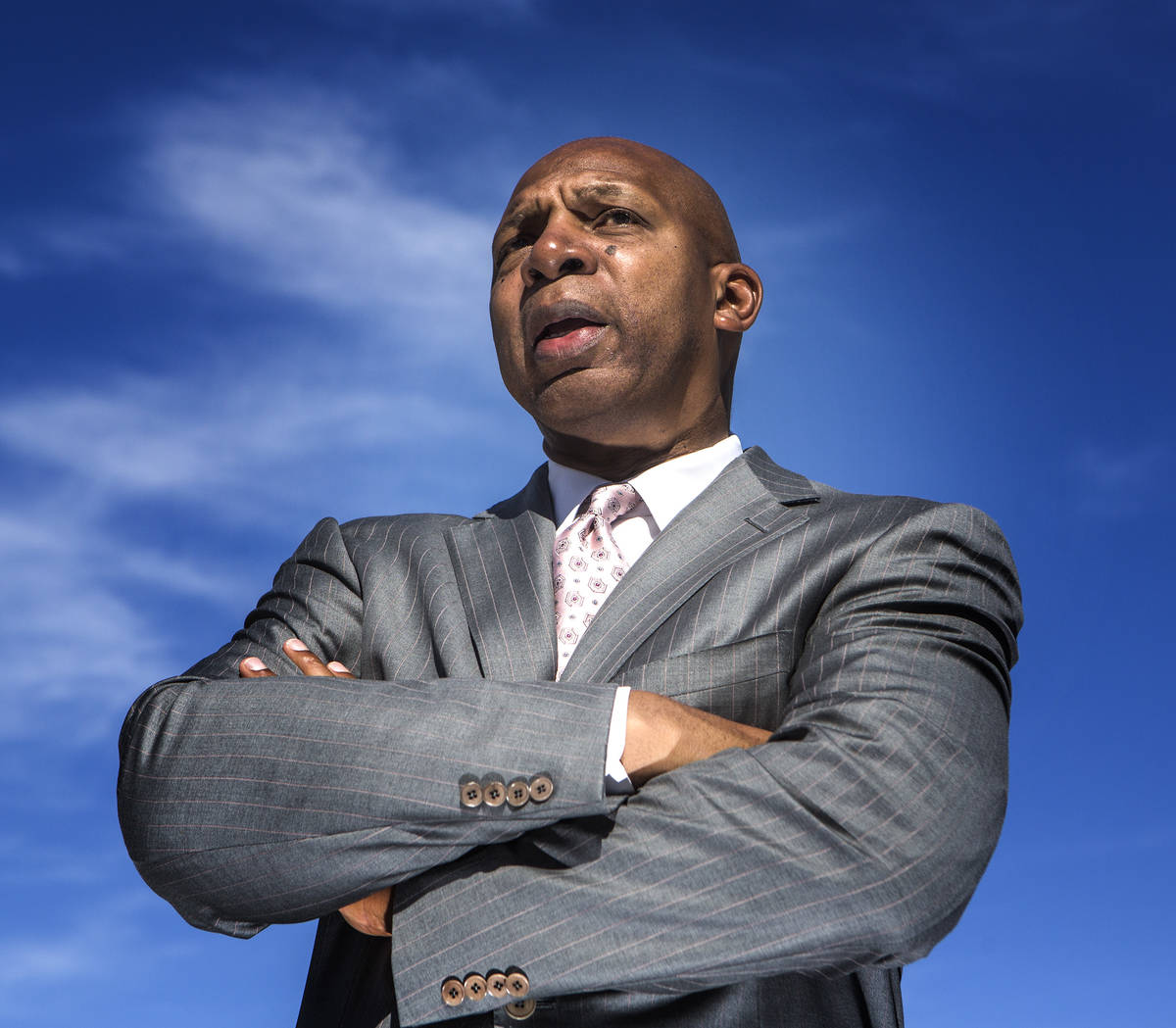 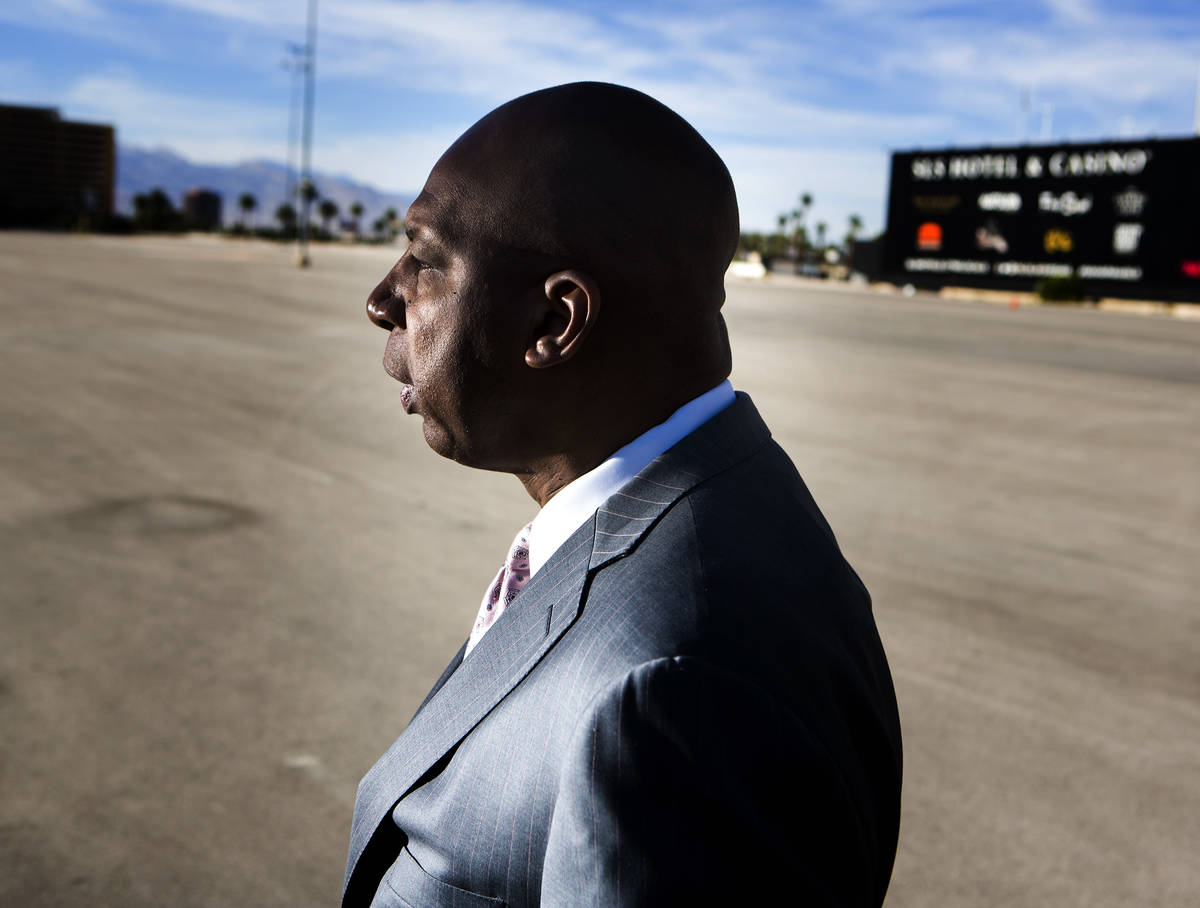 Robinson submitted a proposed development agreement that, among other things, outlines plans to pay around $4.8 million to the county for firefighting-related services, to provide nearby bus turnouts and to purchase the north Strip project site from its longtime owners, the Lowden family.

Under his lease-with-an-option-to-buy, Robinson would purchase the 27-acre plot for $400 million, county documents show.

The Clark County Commission is scheduled to consider adopting the development agreement Wednesday.

Robinson, who first received county approvals in 2014 and has said the project would cost nearly $3 billion, had to submit the paperwork before the massive development could come out of the ground. But amid an already-long journey with hardly any visible progress, there still is no guarantee that his vision for an arena, hotel towers and much more on Las Vegas Boulevard will ever leave the drawing board.

Robinson, 65, whose project site has been a giant hole in the ground for some time, declined to comment Monday.

The market will decide

Commissioner Tick Segerblom, whose district includes the project site, situated between Sahara Las Vegas and the unfinished former Fontainebleau, said Monday that he felt “relief” at seeing the agreement filed.

Robinson is a “great guy” who has “honestly been trying” to build the project, but the commission couldn’t give him even more time based on the notion that “he might do something sometime,” Segerblom said.

He pointed out that the former Fontainebleau, a product of the mid-2000s real estate craze with its own tortured past, still hasn’t been finished, but he couldn’t say whether Robinson’s project would get built.

“Whether he can pull it off, whether we need another stadium, the market will have to decide that,” Segerblom said.

The commission voted in October to give Robinson until April to file required project agreements. At the hearing, Segerblom said that it was “time to fish or cut bait,” that the panel was giving Robinson his “last six months,” and that if the developer didn’t file the paperwork in time, “it’s over.”

Nancy Amundsen, the county’s director of comprehensive planning, told the Review-Journal last week that development agreements are required for so-called high-impact projects such as Robinson’s, though it’s “not very often” that developers don’t file them right away.

A former UNLV basketball player, Robinson announced plans in late 2013 to build a 22,000-seat arena with a retractable roof and a 500-room luxury hotel. At the time, he said the project, on the former Wet ‘n’ Wild water park site, would cost $1.3 billion and was slated to open in late 2016.

Amundsen said the work was allowed because Robinson had submitted a performance bond.

County commissioners approved a big expansion of Robinson’s plans in October 2017, but the project has shown no further progress beyond the initial excavation.

Robinson told county commissioners in 2019 how he would pay for the stalled development, describing a complex plan involving money in Qatar, people in Zurich, central banks in Europe and the U.S., lines of credit, funds moving from one bank to another, and state of Nevada revenue bonds.

All told, his project has called for an arena, 44-story and 63-story nongaming hotels, conference space, restaurants, a bowling alley, a movie theater and more.

This isn’t the first time he’s had big plans for Las Vegas Boulevard.

By 2008, Robinson had teamed up to develop a multibillion-dollar project on the south Strip called Elysium. It was supposed to feature condos and hotel rooms, a dome-covered ocean-beach swimming complex, and more, marketing materials said.

It was never built.