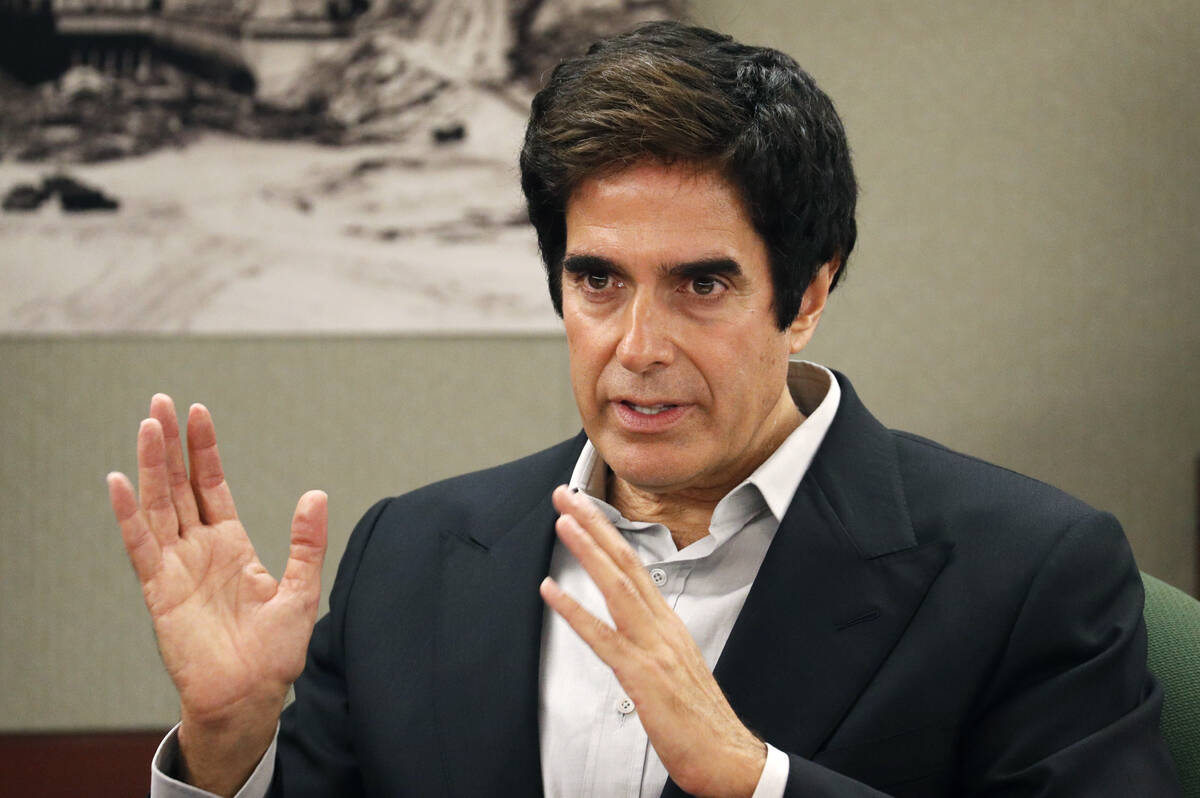 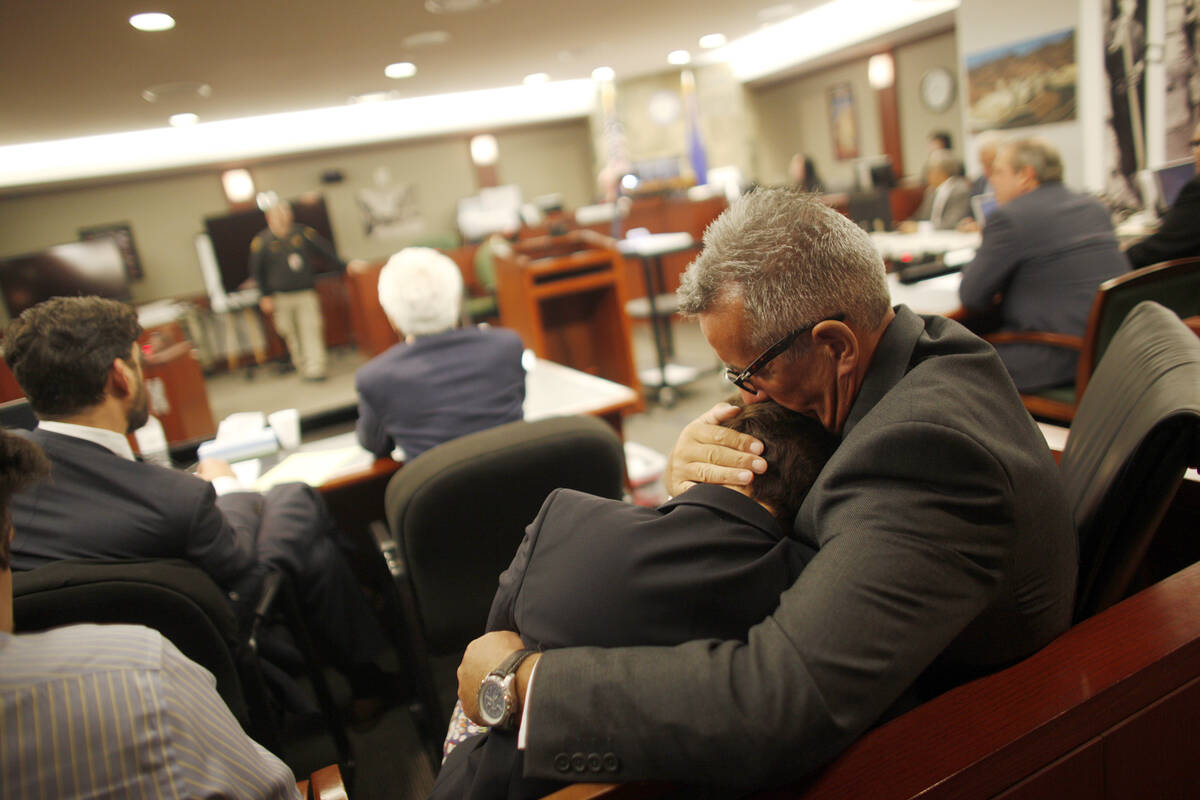 FILE - Gavin Cox holds his wife Minh-Hahn Cox as they wait for the jury's decision in his trial against illusionist David Copperfield at the Regional Justice Center in Las Vegas on Tuesday, May 29, 2018. The Nevada Supreme Court has upheld a jury’s findings that illusionist David Copperfield and the MGM Grand weren't financially responsible for a British tourist’s injuries during a Las Vegas Strip show in 2013. (Rachel Aston/Las Vegas Review-Journal via AP)

The Nevada Supreme Court has upheld a jury’s findings that illusionist David Copperfield and the MGM Grand hotel-casino were not financially responsible for a British tourist’s injuries during a signature vanishing act at a Las Vegas Strip show in 2013.

Gavin Cox and his wife, Minh-Hahn Cox, alleged that the multimillionaire magician, the hotel, two Copperfield business entities and a construction firm that was renovating the hotel caused permanent brain injuries for Cox when he fell while taking part in the trick as a randomly picked audience member.

In a complex verdict reached in May 2018 after several weeks of testimony, the jury found Copperfield, the hotel and Copperfield’s company, Backstage Disappearing Inc., negligent but not civilly liable for Cox’s fall.

Cox had sought hundreds of thousands of dollars in medical costs and damages, but jurors found him responsible for his own injuries and he received no money.

Brian Harris, attorney for the couple, noted Friday that the court split 5-2 on its ruling, issued Thursday.

“Had the dissenting opinion been shared by the majority, our clients would be looking at a new trial,” Harris said. “We are disappointed we won’t have that opportunity.”

Five justices rejected Harris’ argument that the trial judge should not have allowed attorneys for the hotel to show jurors surveillance videos of Cox walking with apparent ease to court with his dog on a leash.

In the courtroom, jurors saw Cox helped to the witness stand by his attorney or court officers. He testified that he needed assistance when not in court.

Copperfield’s illusion, dubbed “the runaround” by stagehands, appeared to make as many as 13 audience volunteers disappear onstage and reappear moments later in the back of the theater.

The jury heard that in less than 90 seconds, stagehands with flashlights ushered the audience members offstage through dark curtains, down passageways, outdoors and then indoors through a kitchen to re-enter the theater for the show’s finale.

At trial, Cox’s lawyer told the jury that hotel renovation work had left construction dust coating an alley that the group ran through.