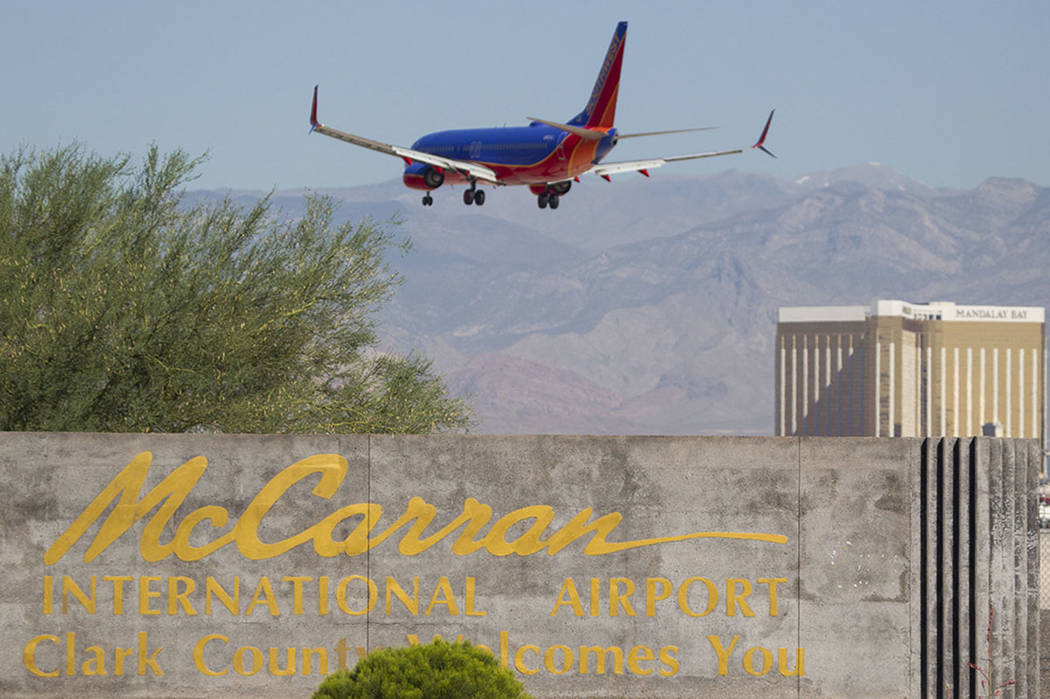 About 300 people fleeing the mass shooting at Mandalay Bay managed to break through the security fence surrounding McCarran International on Sunday night, wandered onto an active airfield and brought flights to a halt, airport officials said.

The fence was breached in two areas as concertgoers from the Route 91 Harvest Festival streamed into the airport looking for a place to hide, airport spokeswoman Christine Crews said Tuesday.

An hour later, runways 8L/26R and 8R/26L on the airport’s south end were also closed, bringing traffic to a standstill at the nation’s eighth-busiest airport, Crews said.

The shutdown led to 25 flight diversions on Sunday, with a majority of planes sent to Phoenix. Flights were also rerouted to airports in Los Angeles; Ontario, California; Bullhead City, Arizona; Salt Lake City and Denver.

It was unclear how many, but “a majority” of those planes eventually reached Las Vegas shortly after flights resumed at 12:40 a.m. Monday, Crews said. Airport personnel guarded the gashed fence until it was repaired at 1:10 a.m.

After busting through the security fence, the panicked group scattered across the airfield, Crews said.

About 30 of them managed to get as far as Allegiant Air’s maintenance facility on the airport’s east end, company spokeswoman Hilarie Grey said. Once inside, they received food, water, blankets and a chance to charge their cellphones. Clothes were provided to those whose pants or shirts were torn and snagged by broken security fence.

Many others found refuge at facilities closer to the airport’s western edge, including Signature Flight Support, which handles some of the private jets passing through McCarran International.

“We provided a facility for anybody who needed a place to stay that night with food, water and some triage,” Signature Flight Support General Manager Rita Carrillo said.

After several hours of waiting, the group was placed on an airport shuttle bound for an emergency evacuation center at UNLV’s Thomas & Mack Center.

Although most closures are scheduled, airports across the country are prepared to shut down runways at a moment’s notice — usually because of changing weather patterns, debris or disabled jetliners, said Ian Gregor, a Federal Aviation Administration spokesman.

Or, as in one recent case, a stray dog that wandered onto the airfield.

“Air traffic controllers are used to dealing with the unexpected,” Gregor said. “If there’s a situation where they immediately have to stop using a runway, they’re very adept at pivoting and changing operations on a dime.”