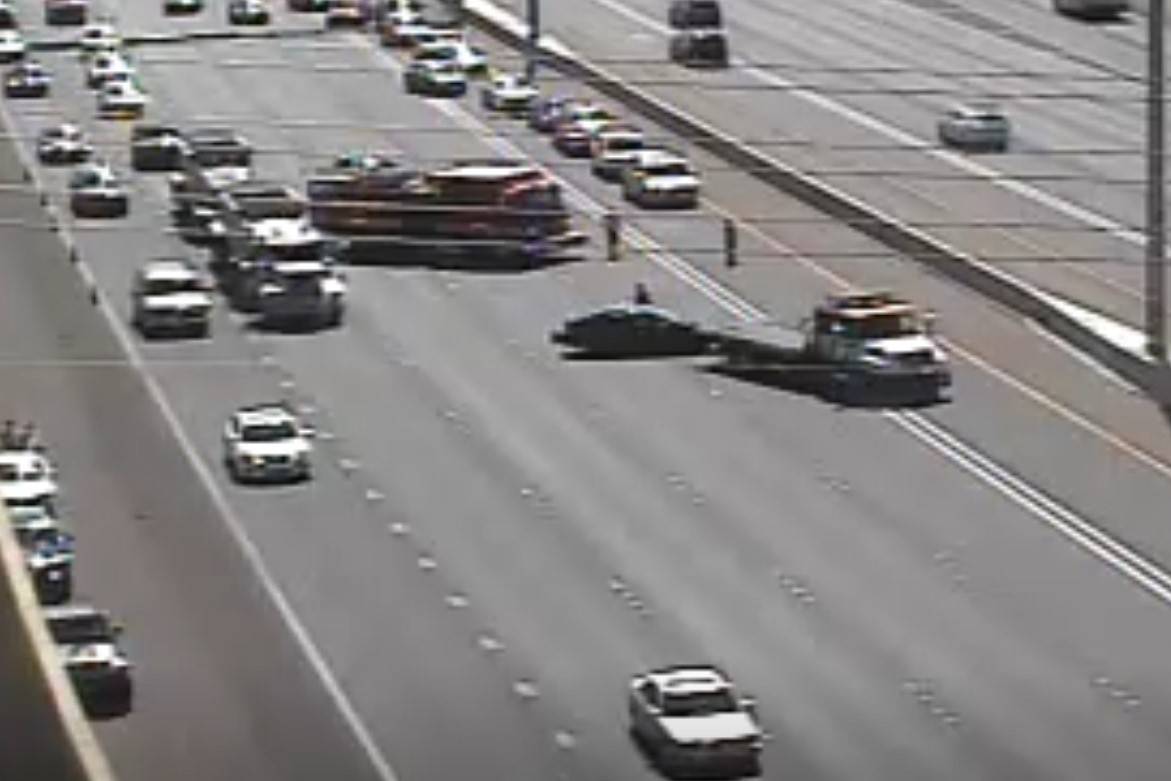 Motorists should plan for delays Friday morning due to a multivehicle crash in the northbound lanes of U.S. Highway 95 west of downtown Las Vegas.

Few details were available on the 9:57 a.m. crash. The Regional Transportation Commission of Southern Nevada issued a traffic alert saying delays were expected because of a wreck in the center lanes of the highway near Jones Boulevard. Images from an RTC camera showed three lanes on the highway blocked as one of the vehicles was being prepared for towing.

A spokesman with the Nevada Highway Patrol could not immediately be reached for comment Friday morning.