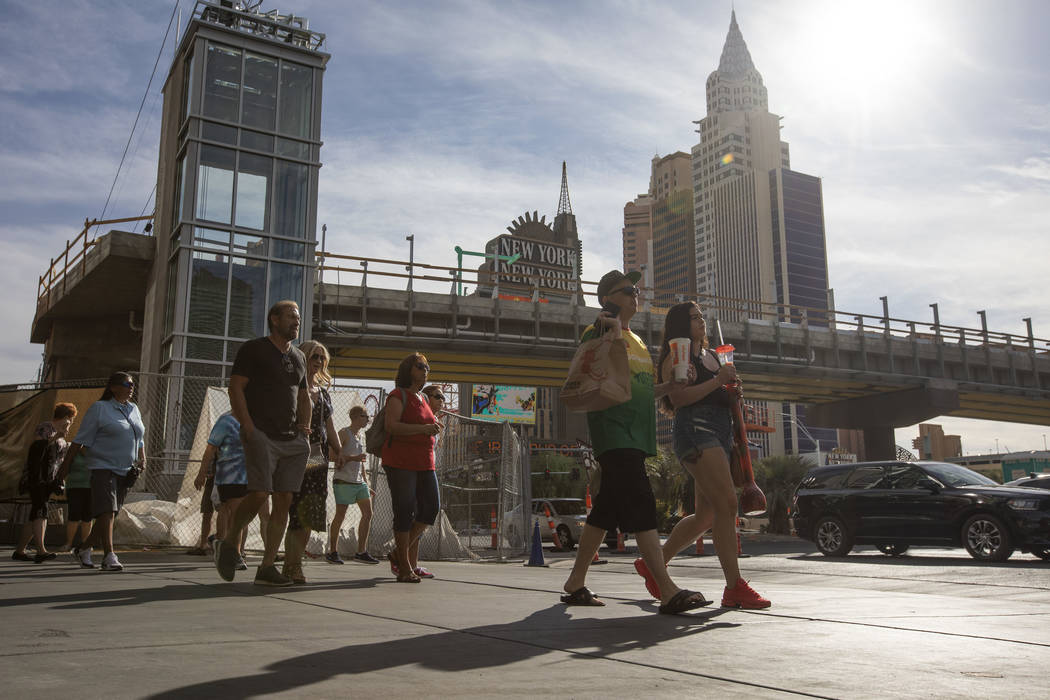 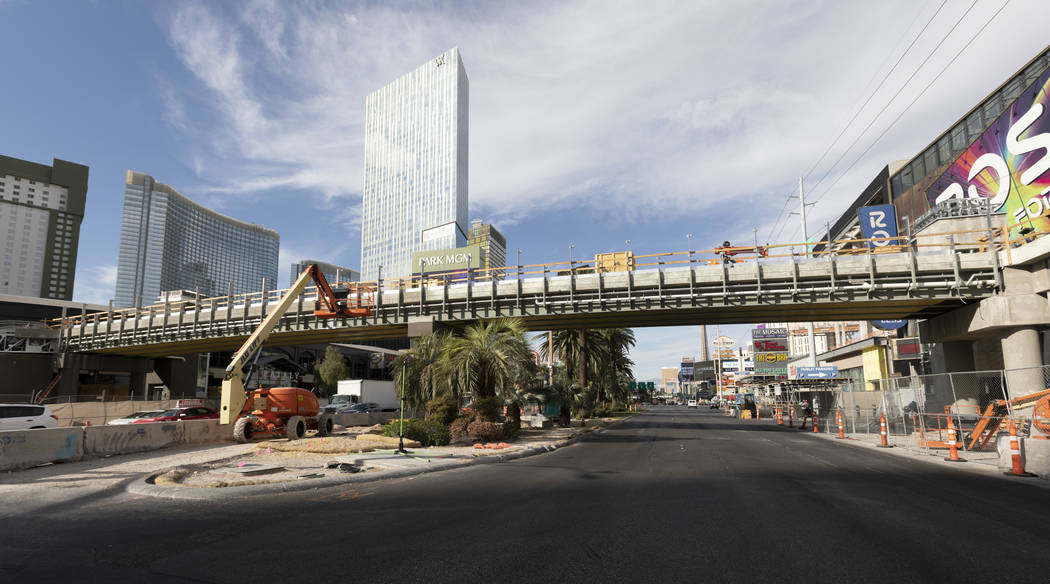 The intersection at Las Vegas Boulevard and Park Avenue has lane restrictions as a pedestrian bridge is constructed on Wednesday, Oct. 16, 2019, in Las Vegas. (Ellen Schmidt/Las Vegas Review-Journal)

The Las Vegas Strip’s newest pedestrian bridge is slated to open before New Year’s Eve after a pair of delays.

Originally slated to open in July, then delayed until November, the pedestrian bridge linking Park MGM and the Showcase Mall could open as early as Dec. 23, according to Dan Kulin, Clark County spokesman.

“During the project, there were some unexpected utility conflicts but the primary reason for the delay was acquiring the escalators,” Kulin said.

Vehicle traffic on Las Vegas Boulevard near the pedestrian bridge can be expected to be disrupted as the project wraps up.

The bridge will be the 17th pedestrian bridge along the Strip. The first two bridges built at Tropicana Avenue and Las Vegas Boulevard opened in 1995. The most recent bridge opened in 2012 at Harmon Avenue.

The next pedestrian bridge is slated to connect the area in front of Bellagio to the area leading to Planet Hollywood Resort. Design work and right-of-way issues are being sorted out for that bridge, with construction likely to begin within two years, Kulin said.

Bridges linking all four corners of Las Vegas Boulevard and Sahara Avenue also are in the works, with the estimated $27.5 million project slated to begin in 2022. Between 2015 and 2017, two pedestrians were killed and 22 were injured in the area near the intersection, according to Department of Public Safety data.

Additional plans call for bridges to stretch across Las Vegas Boulevard between Caesars Palace and the Linq, and at Resorts World Las Vegas, but those projects don’t have timelines.

The bridges are part of an effort to increase pedestrian safety on the busiest street in Las Vegas. In addition to the bridges, 4,500 steel posts, known as bollards, are being installed along Las Vegas Boulevard to protect pedestrians from vehicles.