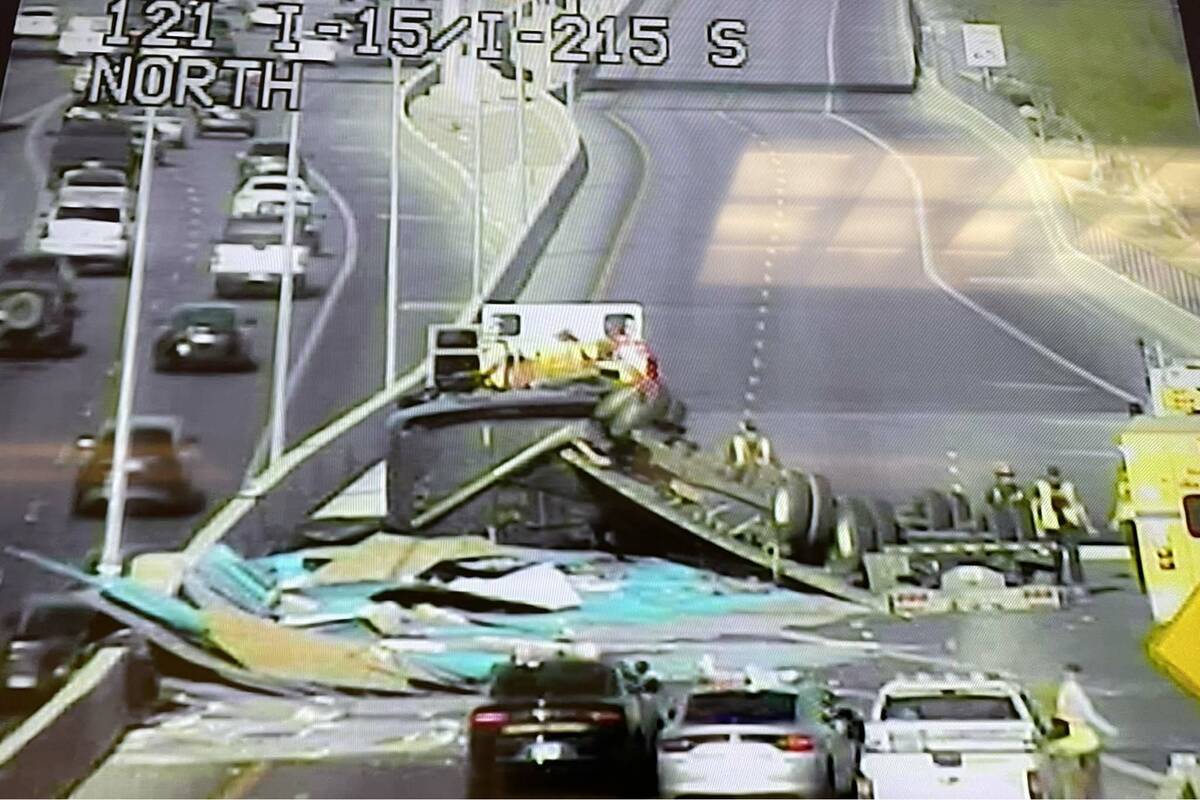 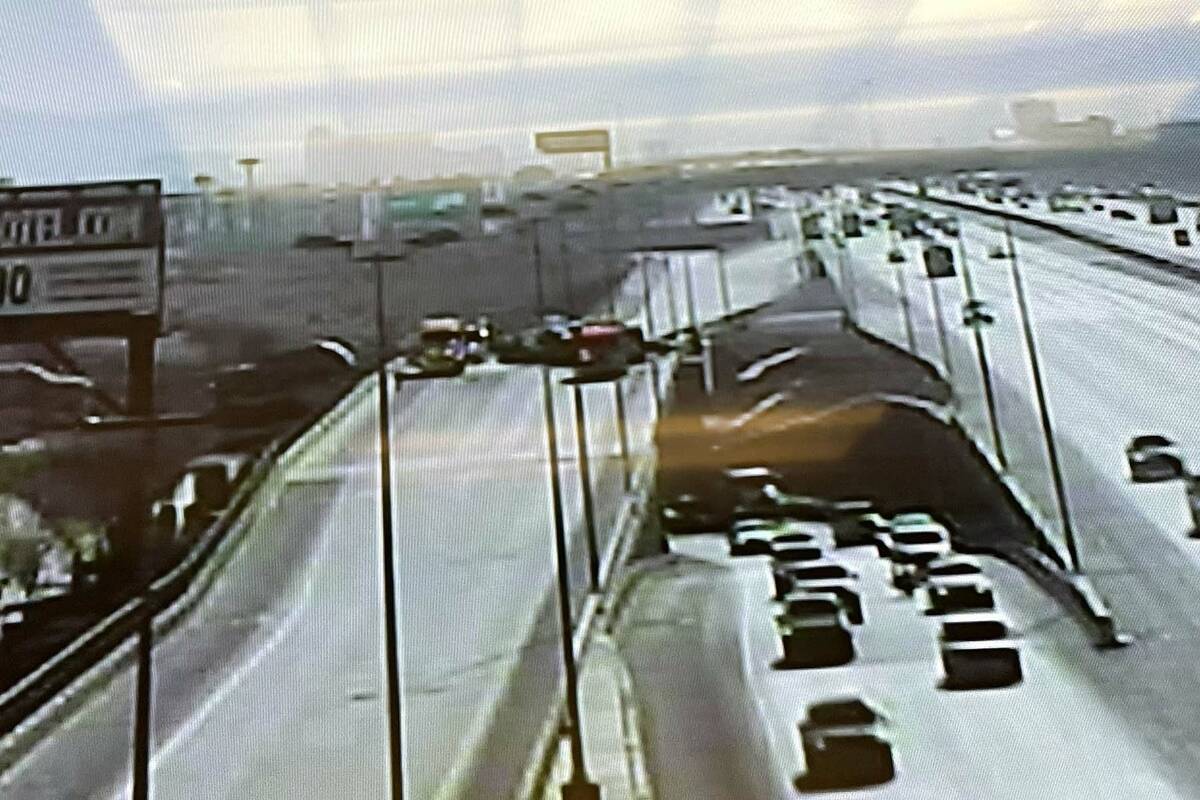 Traffic is blocked on Interstate 15 south of the Las Vegas Strip after a tractor-trailer crashed and spilled lumber across multiple lanes of traffic.

The Nevada State Police Highway Patrol said in a tweet on Thursday afternoon that troopers are currently investigating the crash, which involved a tractor towing a flatbed trailer that was hauling lumber.

The westbound Frank Sinatra Drive and Russell Road transition ramp from the 215 Beltway is blocked, Highway Patrol said. The northbound I-15 Russel Road offramp is blocked as well.