An inch of rain may not seem historic, but Thursday was only the 29th time the Las Vegas airport saw more than that in one day since record keeping began in 1938, according to the National Weather Service.

The Valentine’s Day rainfall of 1.11 inches broke the daily record measured at McCarran International Airport, last set on Feb. 14, 1980, at 0.74 of an inch, meteorologist Jenn Varian said. Rain had mostly cleared out of the valley by Thursday evening.

Other parts of the valley also received more than an inch of rain Thursday, contributing to dozens of crashes, sparking flooding and prompting at least two swift-water rescues in flood channels.

The department posted on Twitter that four people were rescued.

The North Las Vegas and Las Vegas Fire Departments were working together to rescue a person who was trapped underneath a bridge in the flooded Las Vegas Wash, near East Carey Avenu ⁦@reviewjournal⁩ pic.twitter.com/i95sZpLO7c

The Clark County Fire Department said it rescued one person who was trapped in a flood channel Thursday morning in the southwest valley. The individual was taken to a hospital in stable condition, the department said in a release.

The weather service said the most rain fell in the western reaches of the valley.

“It was really pretty uniform,” Varian said. “It seems like the west side is marginally higher than the eastern side of the valley.”

Far Hills Avenue in western Summerlin recorded 1.69 inches by 5 p.m., according to the Regional Flood Control District’s online map. In Henderson, the area of Eastern Avenue and Wigwam Parkway also received 1.69 inches. Craig Ranch Park in North Las Vegas received 1.18 inches. Hollywood Regional Park in the east valley saw about 0.71 of an inch, while the Strip recorded about 1.22 inches of rain. Downtown Las Vegas had 0.91 of an inch.

Flooding forced the closure of Valley of Fire and Spring Mountain Ranch state parks on Thursday, according the state parks website.

Meanwhile, the Nevada Highway Patrol said it had responded to 69 property damage crashes, 39 injury crashes and two hit-and-run crashes between 6 a.m. and 6 p.m. The patrol urged motorists increase following distances, reduce speed and use extra care, especially while using on- and off-ramps.

The 110 total crashes is about triple the normal daily rate troopers handle, Highway Patrol spokesman Jason Buratczuk said. Everyone hurt in the crashes had nonlife-threatening injuries, he said.

Thursday’s rain was accompanied by a 55 degree high. A wind advisory was put into effect from 6:30 p.m. Thursday until midnight Saturday, according to the weather service. 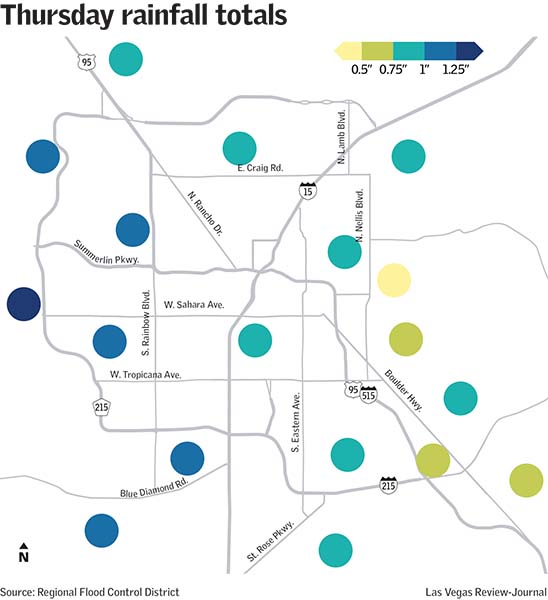 A 40 to 50 mph wind gust was observed on the west side of the valley around 6:15 p.m., according to a tweet from the weather service. Winds are expected to be between 21 to 31 mph overnight before decreasing to 10 to 20 mph after midnight.

🌬💨 40-50 mph wind gusts observed on the west side of the #LasVegas Valley! Secure loose objects and drive with caution.#VegasWeather #NvWx

A winter weather advisory was called off Thursday evening in Spring Mountains, Varian said, though snow in areas above 8,000 feet could reach 6 to 12 inches.

The valley will see slightly warmer temperatures Friday, with a high of 59 and clear skies. Friday also will be breezy with winds up to 26 mph accompanied by gusts up to 33 mph in the afternoon. Winds are expected to drop to 17 to 22 mph Friday evening and continue to taper off through the night.

Saturday will be mostly sunny with a high of 55, followed by highs of 50 on Sunday and 51 on Monday. Overnight lows will be in the low 40s to high 30s through Monday.

Rain could return again starting on Saturday night, which has a 10 percent chance of rain. Sunday and Monday have 30 percent chances of rain, before the valley is expected to dry out again Monday night, the weather service said. 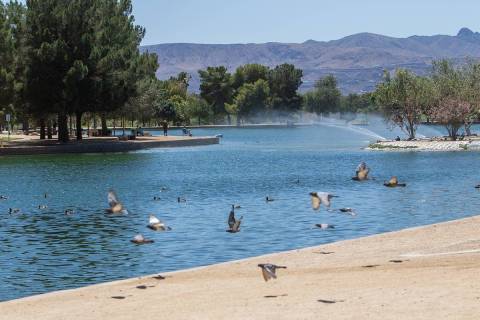 The heat will ramp up a few degrees Thursday as the warmest weather of the year covers the Las Vegas region. 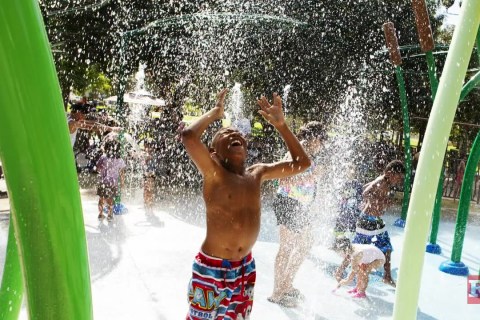 The heat will intensify a bit each day over the region, bringing an excessive heat warning Saturday through Monday. 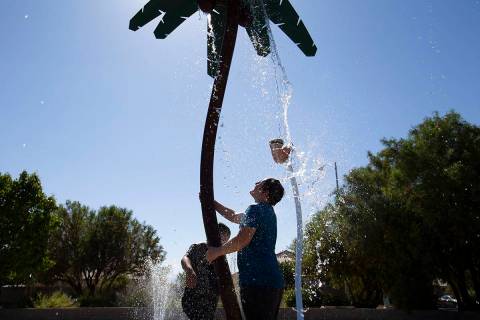 Hot and breezy conditions will envelop the Las Vegas Valley on Tuesday, according to the latest National Weather Service forecast. 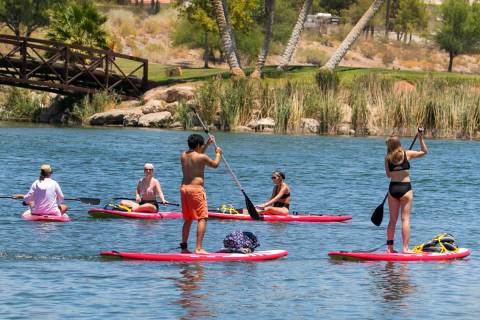 A heat wave will continue all week in the Las Vegas Valley, according to the latest National Weather Service forecast. 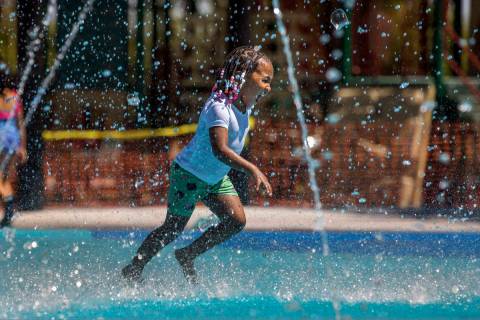 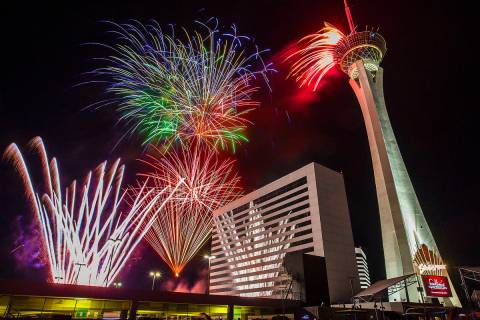 Start at 102 degrees and add a degree or two each day. That’s the July 4 weekend temperature formula for the Las Vegas Valley. 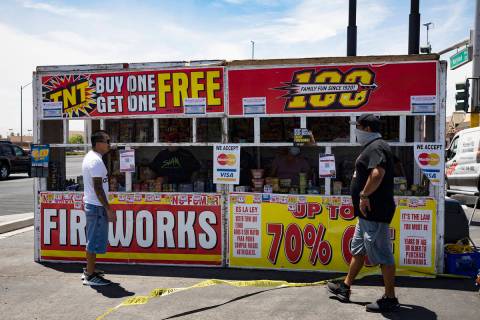 A typical Las Vegas Fourth of July is in store for the weekend, according to the National Weather Service. 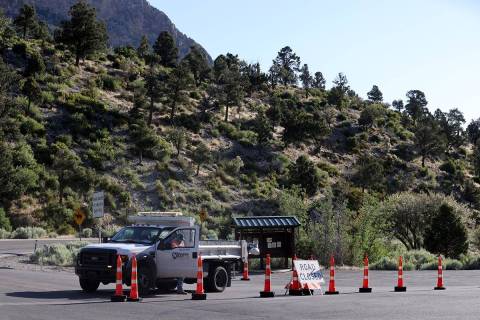 A windy Wednesday will be felt by anybody venturing outdoors in the Las Vegas Valley. 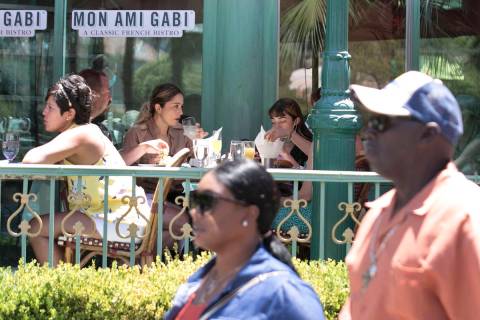 Las Vegas Valley temperatures will be returning to normal highs by the July Fourth weekend, according to the National Weather Service. 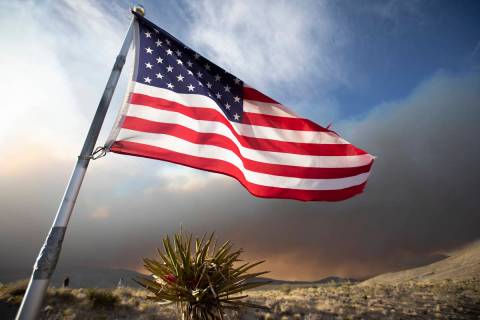 Las Vegas to be cooler, less windy as front passes through
By Marvin Clemons / RJ