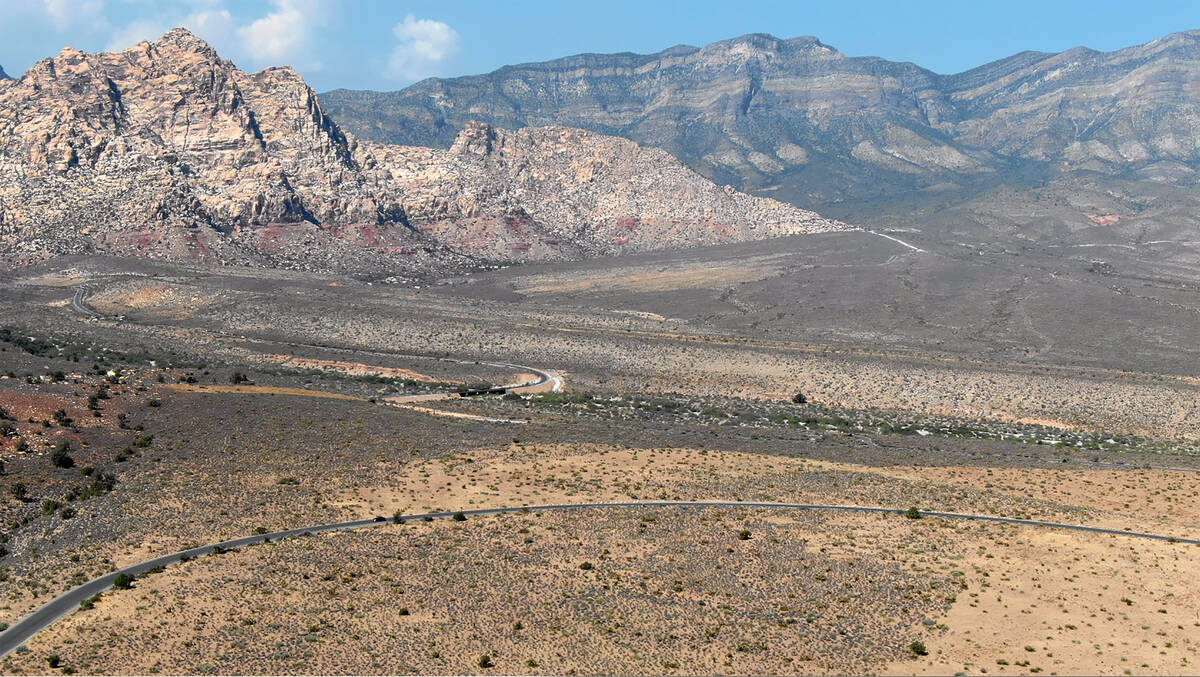 An aerial view of a southwest segment of the Scenic Drive loop near mile markers 8 and 9 at Red Rock Canyon National Conservation Area on Monday, September 27, 2021. (Las Vegas Review-Journal/File) 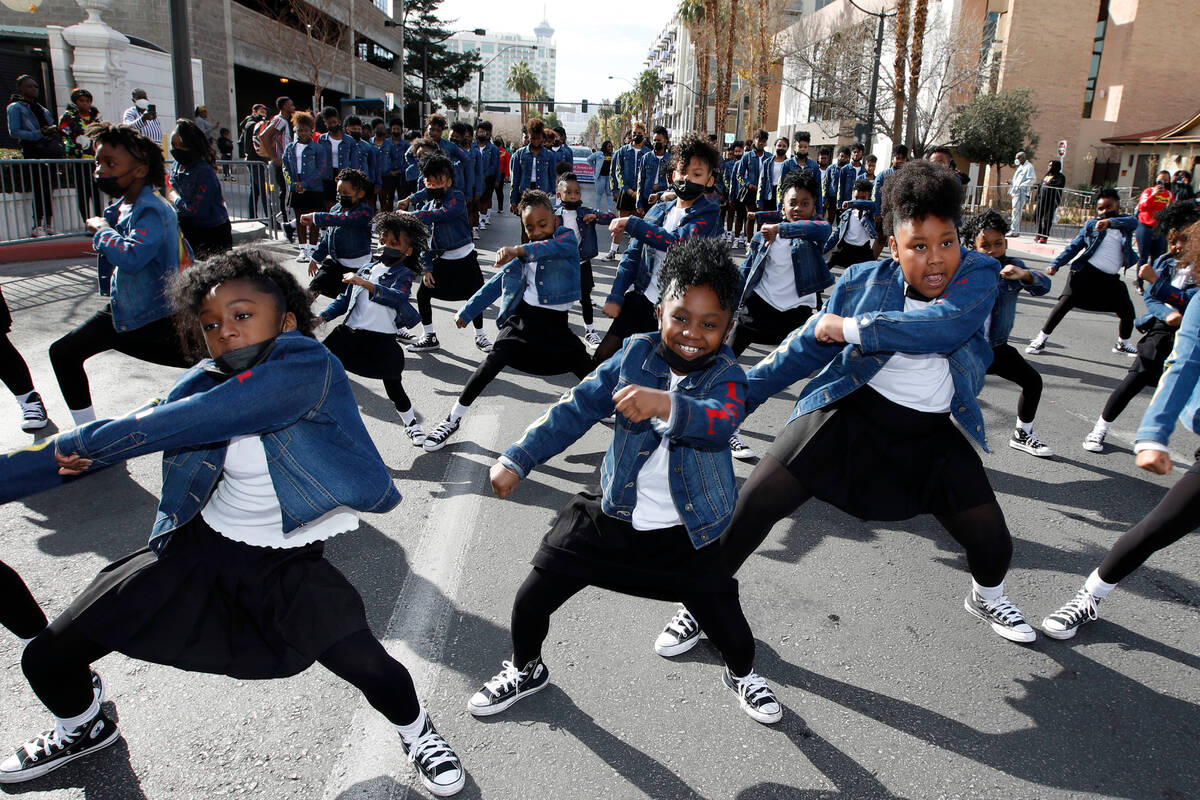 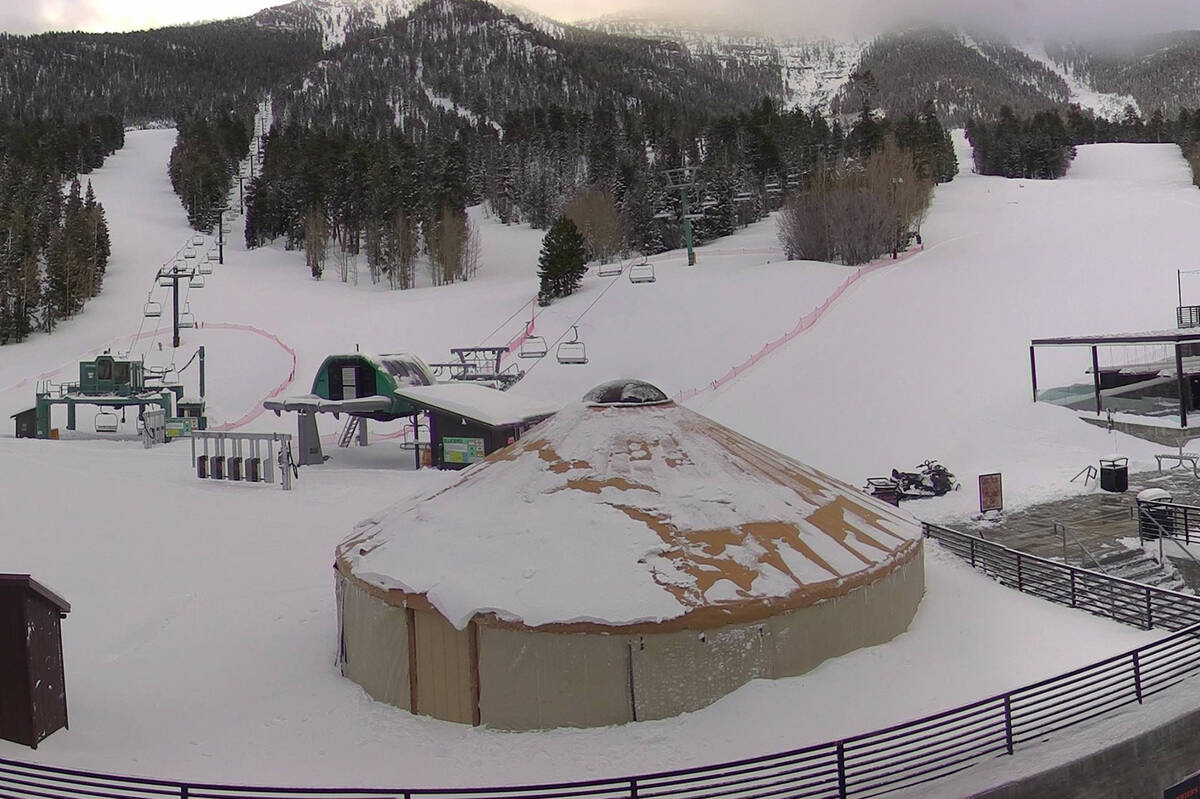 The main operations area at Lee Canyon as seen from a webcam shortly after closing time on Sunday, Jan. 15, 2023. The resort received 18 inches of snow from the weekend storm and the National Weather Service forecast calls for 5-10 inches early this week. (Lee Canyon)

A wet and windy Martin Luther King Jr. Day is forecast for the Las Vegas Valley, according to the National Weather Service.

“The main part (of the rain) could be 6 to 9 a.m. as of right now,” meteorologist Andy Gorelow said Sunday night. “It definitely is not going to be an all day thing. It will be scattered later in the morning and afternoon.”

People going to the 41st annual Dr. Martin Luther King Jr. Parade that starts at 10 a.m. at Gass Avenue and Fourth Street downtown should dress to deal with the conditions.

A rain risk will continue into Monday night. Winds of 9 to 16 mph could gust to 22 mph.

The Tuesday morning low will be around 39. The day should be mostly clear with a 20 percent chance of showers and a high near 53.

The rest of the week’s forecast shows chilly conditions with highs around 50 and lows in the low 30s.

⚠ The Winter Weather Advisory for Mohave County has been upgraded to a Winter Storm Warning above 5500 feet.

❄6 to 12 inches are possible across the Arizona Strip.

The Spring Mountains as well as Lincoln County will be under a winter storm warning until 4 p.m. Tuesday for elevations above 5,000 feet.

From 5 to 10 inches of snow is forecast for the mountains. The Arizona Strip may receive 6 to 12 inches of snow, said the weather service’s warning.

“It could snow most of the day in the mountains,” Gorelow said.

Lee Canyon received 18 inches from the weekend storm, raising its season total to 96 inches. The resort has 78 inches at its base. The normal season snowfall is 155 inches.

All of the Las Vegas Valley received rain from the storm. Amounts varied from less than a tenth of of an inch just over a half-inch at Red Rock Canyon and .71 inches north of Goodsprings.