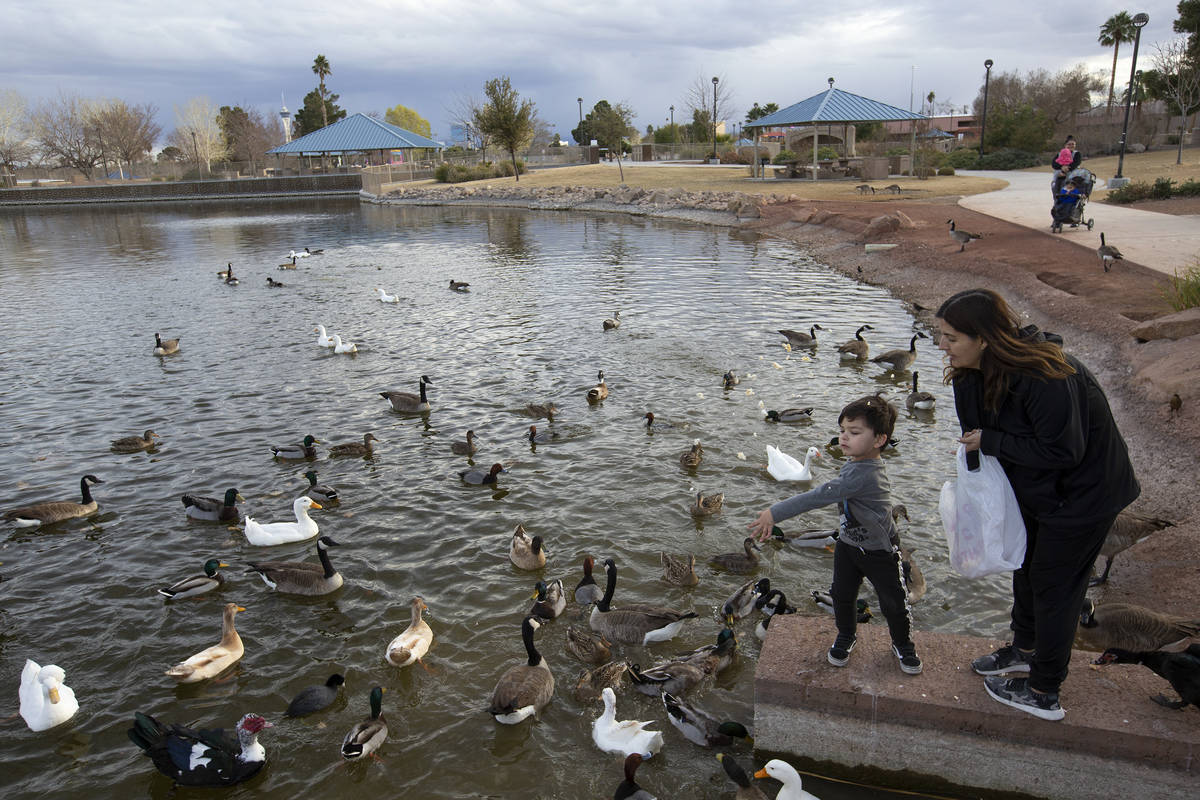 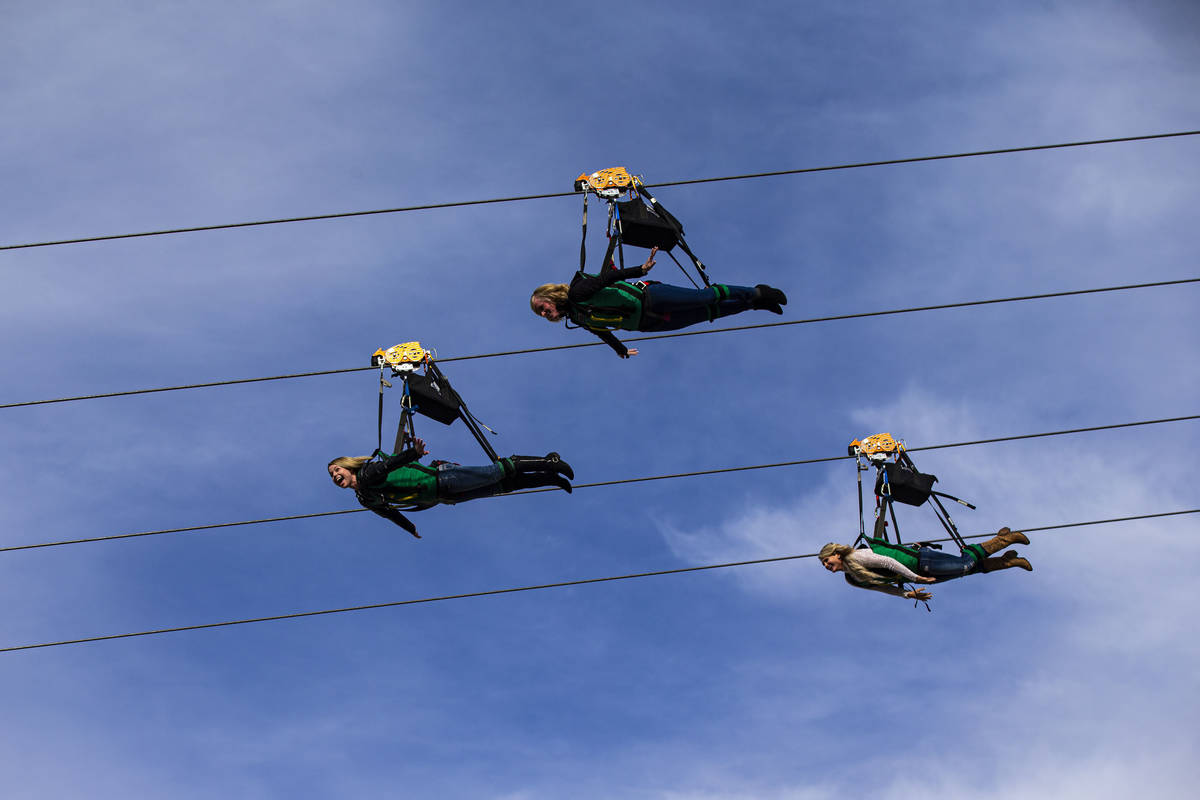 People react as they take off on the Slotzilla zip line over Fremont Street in downtown Las Vegas on Saturday, Jan. 23, 2021. (Chase Stevens/Las Vegas Review-Journal) @csstevensphoto 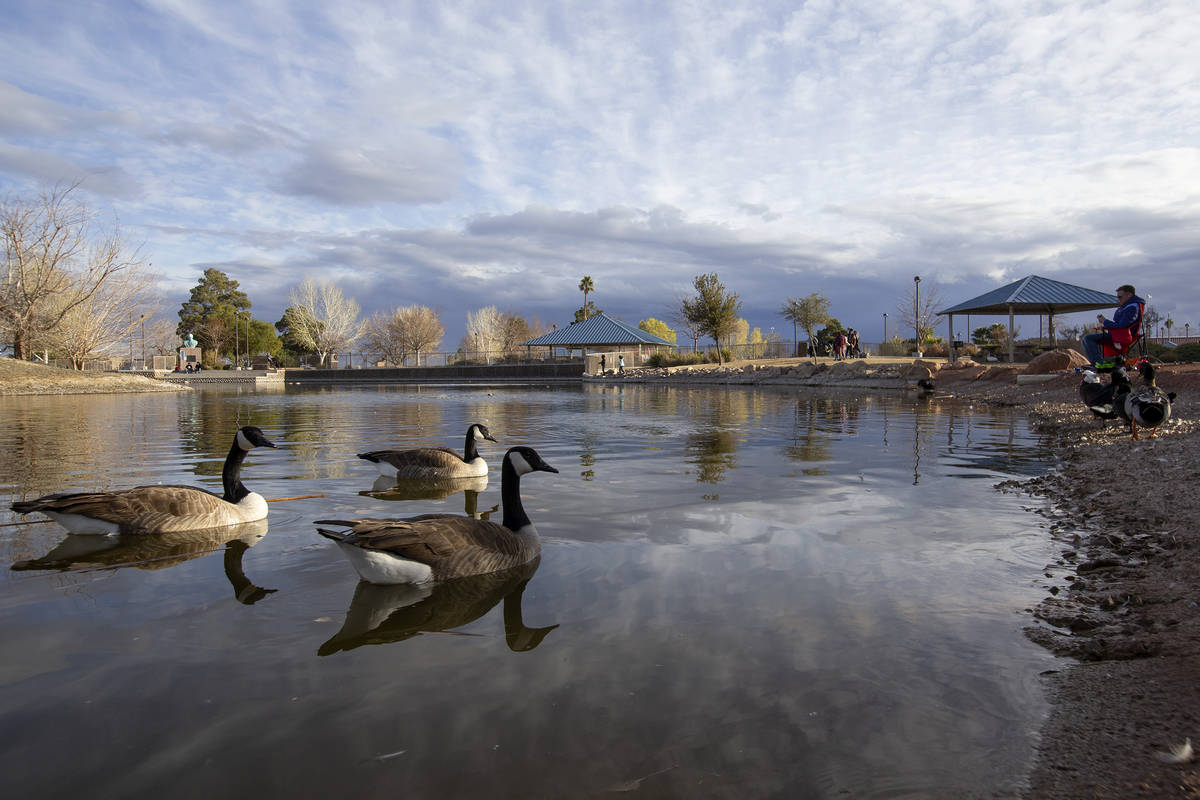 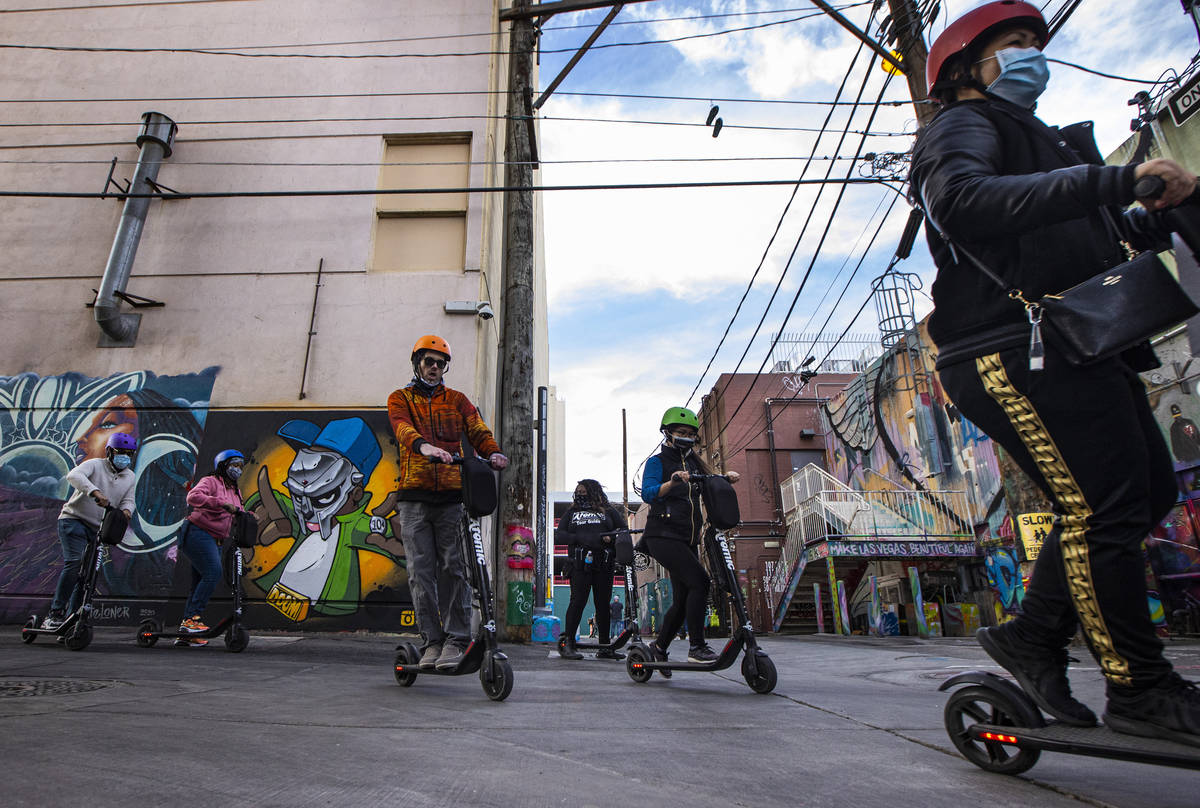 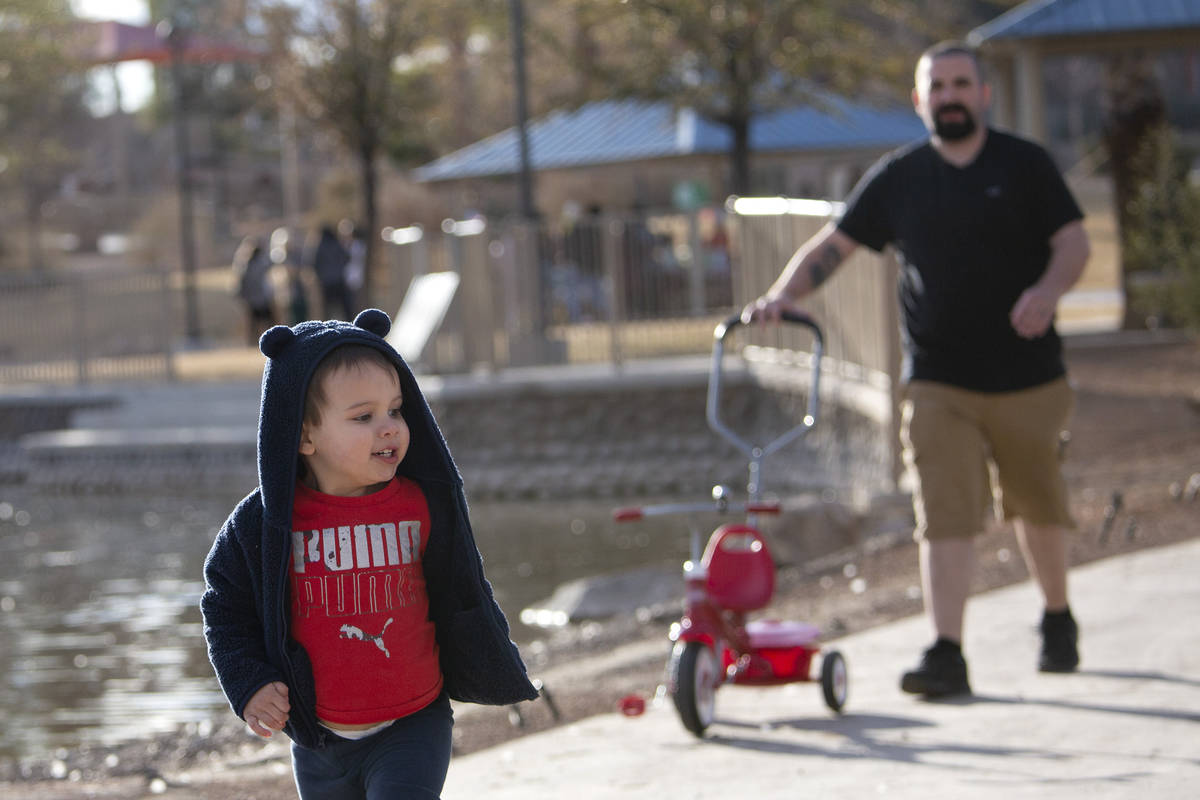 The last time Henderson residents saw rain twice in 48 hours was March 13, when the valley experienced four consecutive days of rain during the wet month of March, according to meteorologist Barry Pierce. By Saturday night, some parts of Henderson had accumulated .29 of an inch of rain since Friday.

McCarran International Airport had no measurable rain on Saturday, but Pierce said clouds would be making their way through the valley and into North Las Vegas throughout the night.

“These showers, they’ll probably be around here for another several hours,” Pierce said at 5:30 p.m. “There’s a few more to the south of us trying to blossom a little bit. As the evening wears on, they’re going to kind of weaken and dissipate.”

Snow can be anticipated as low as 2,000 feet, but it likely will not stick on Las Vegas roads, Pierce said.

“Right now it’s just a lot of heat still built up in the roads, so if it does snow, most of that will melt upon impact,” he said.

Nye County is in a winter storm advisory from 7 p.m. Sunday to 4 p.m. Monday, and Mohave and Lincoln counties are in winter storm watches from 4 a.m. Monday to 4 a.m. Tuesday.

Mountain Springs, between Las Vegas and Pahrump, could receive 3-6 inches above 4,000 feet.

In February 2019, snow accumulated in the Las Vegas Valley for the first time in more than a decade.