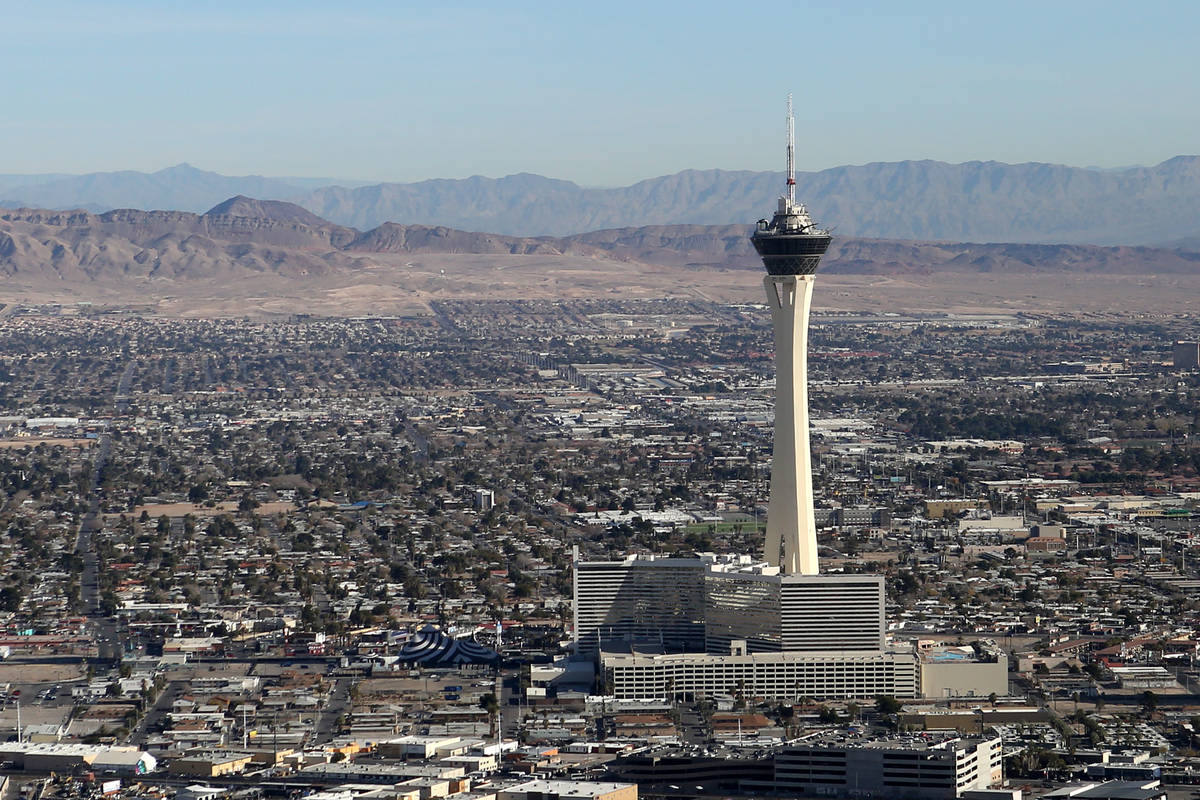 Seasonal weather conditions with highs in the upper 50s and lows in the upper 30s will prevail in Las Vegas starting Monday, Dec. 14, 2020, according to the National Weather Service. . An aerial view of the Stratosphere Hotel and Casino from the Goodyear blimp on Tuesday, January 7, 2020. (Michael Quine/Las Vegas Review-Journal) @Vegas88s

Some early cloudiness should clear during the day Monday while Las Vegas Valley temperatures hit the seasonal norms for mid-December, according to the latest National Weather Service forecast.

“Some of the precipitation is reaching the ground and we’ve heard reports of small snowflakes,” meteorologist Chelsea Kryston said at 6:40 a.m.. “Some weak bands have popped through the northwest in the past hour or so. Some parts of the southwest might see some snowflakes, but that window is closing.”

Morning lows were expected to be in the upper 30s to low 40s across most of the valley before sunrise. McCarran International Airport had a reading of 39 at 4 a.m.

Conditions should be similar for most of the week. Highs will be in the upper 50s with sunny skies and lows in the mid-30s.

The only exception could come with expected high clouds on Thursday, Outler said.

“It’s a small chance,” Outler said if the Thursday change would bring any precipitation to the valley.

It has not rained at McCarran since April 20, a record stretch that is in its 238th day on Monday.