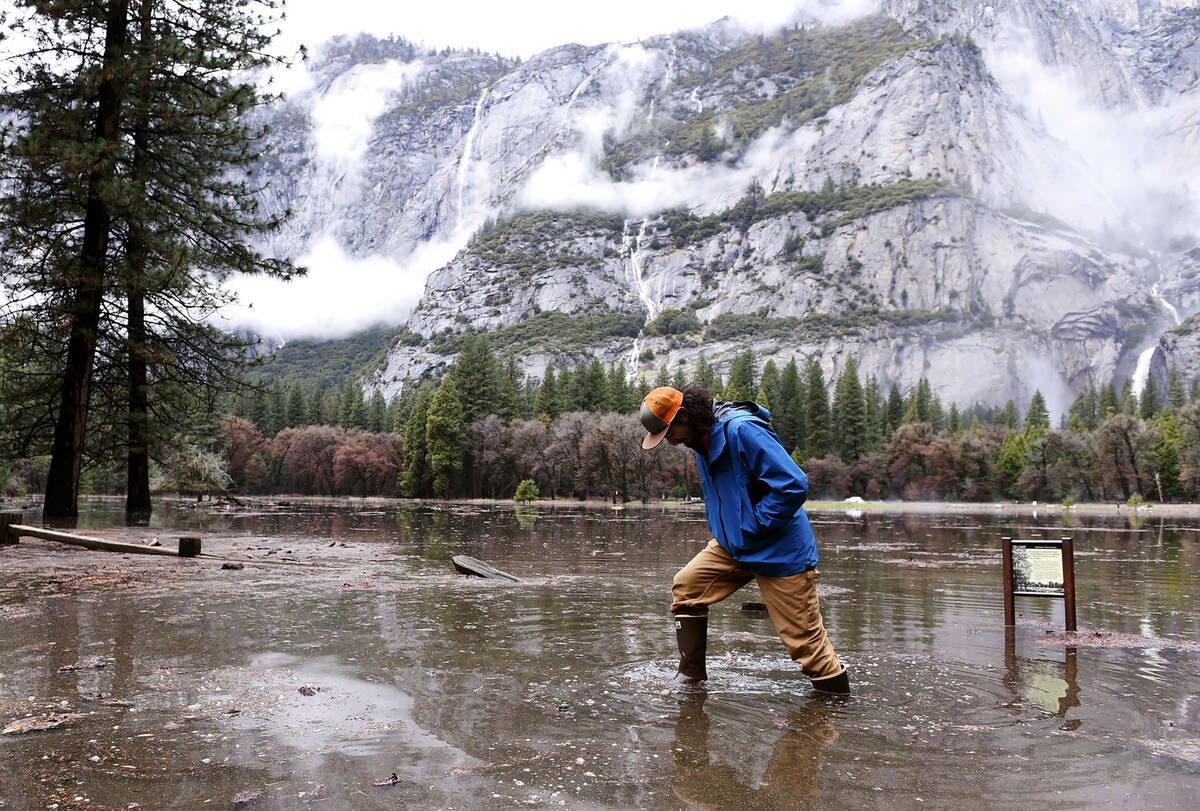 More hope for a wet winter in Las Vegas and the Southwest comes in a report detailing widespread snow and rainfall across almost all of the West.

Rain in the #LasVegas Valley does help with Lake Mead's water levels. However, it is more like a drop in the bucket compared to the contribution from the snow pack in the Upper Colorado River Basin in E Utah, W Colorado, & SW Wyoming. https://t.co/c9HGFe1RZK

Only New Mexico snow-water levels are below normal across most of the state. Snow in the northwest is generally around 120 percent of normal.

Highlights from the drought.gov report:

— A continuous barrage of so-called atmospheric rivers have made landfall in Central and Northern California, spreading copious amounts of mountain snowfall in the Sierra Nevada, Great Basin and parts of the Upper Colorado River Basin.

— There are still small areas of so-called snow drought in isolated regions, including the Sangre De Cristo Mountains, straddling the New Mexico-Colorado border.

— Areas in the northern Rocky Mountains including Northern Idaho, Western Montana and Northern Wyoming are at or slightly below normal snow-water levels.

The news comes as water officials across the Colorado River basin are struggling to achieve conservation measures required by the federal government.

Snowpack and moisture is dramatically up across most of the mountain region, and recent rainfall and reduced demand has helped Lake Mead rise just under 2 feet in the past month. The lake traditionally rises in the early winter.

The early snow totals are promising, along the lines of what could be heading to Lake Mead from the Western Slope of Colorado, provided a wet winter continues. Last winter started wet in Colorado and then went dry in the last half of the season.

Rain has been appearing in the Las Vegas forecast several times a week since late December. Harry Reid International airport has received less than half an inch since early December.

The forecast for much of the Southwest after January 20 calls for a switch to below normal rainfall and temperatures, said meteorologist Barry Pierce.

But, the atmospheric rivers that have hammered central California for two weeks were not anticipated in a long-range outlook, Pierce noted. They have led to massive rain and snowfall in the Sierras. That’s good news for the states suffering from the drought.

Pierce admits it’s possible this winter could look like last winter, with the February-April forecast for California and Nevada for warmer and drier than normal weather, he said.

“You can get hammered (with rain or snow) for two weeks and then it swings the other way for three months,” Pierce said.

“It (snow) started out great last year in Colorado and then it all stopped in January,” he said. “With Bishop getting more than 6 inches so far, I’m kind of surprised we didn’t get more in the valley.”