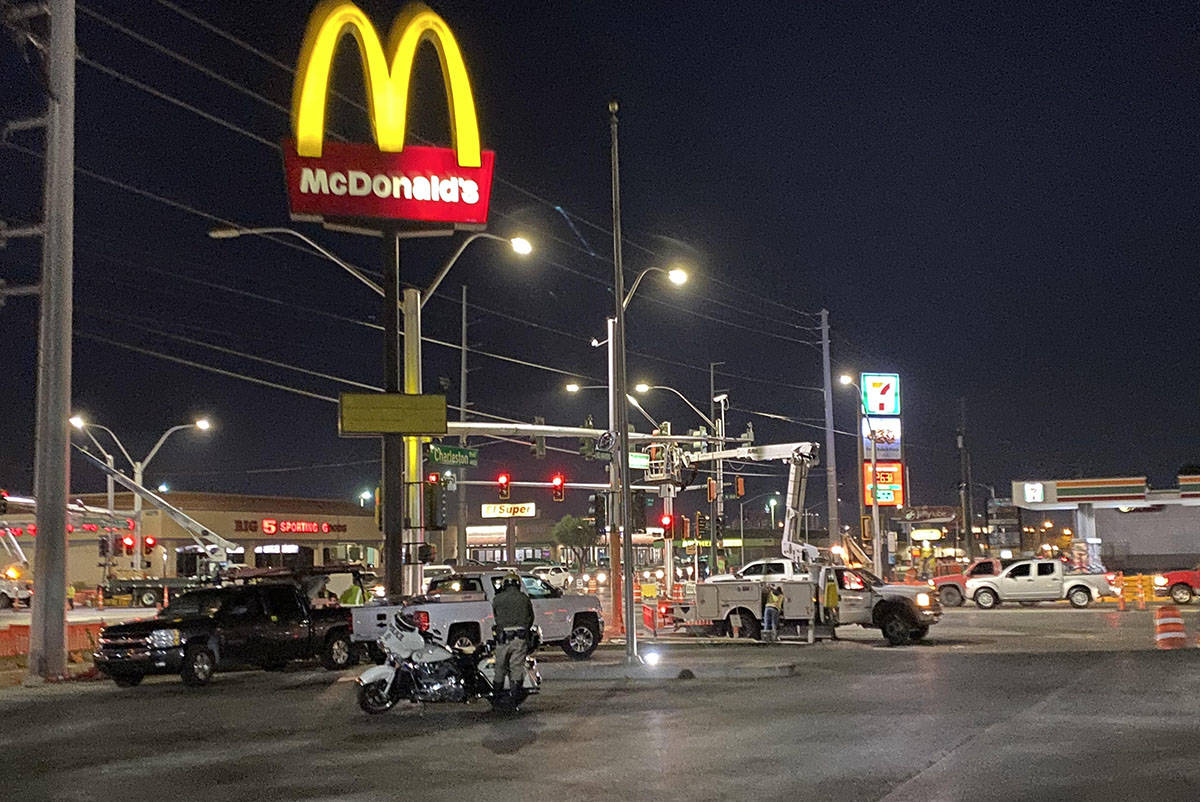 A Las Vegas police officer at a construction zone at Lamb and Charleston boulevards where a construction worker was hit by a vehicle early Thursday, Nov. 5, 2020. (Glenn Puit/Las Vegas Review-Journal) 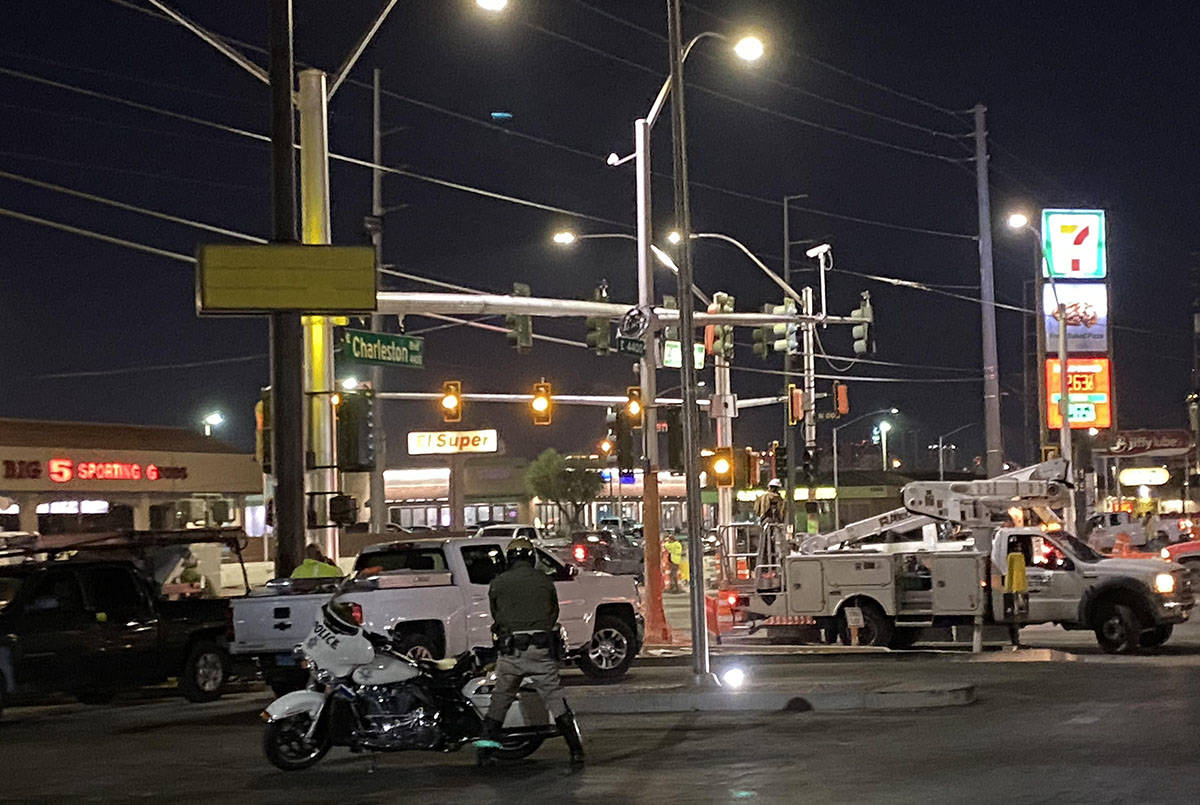 A Las Vegas police officer at a construction zone at Lamb and Charleston boulevards where a construction worker was hit by a vehicle early Thursday, Nov. 5, 2020. (Glenn Puit/Las Vegas Review-Journal)

A construction worker avoided serious injury after being struck by a vehicle in a construction zone early Thursday in east Las Vegas.

The man was working at the intersection of Lamb and Charleston boulevards when he was hit about 4:40 a.m.

“He is walking around on his own,” Swanbeck added.

The driver who struck the man was not suspected of impairment, Swanbeck said. A traffic patrol officer was observed at the scene investigating the crash.