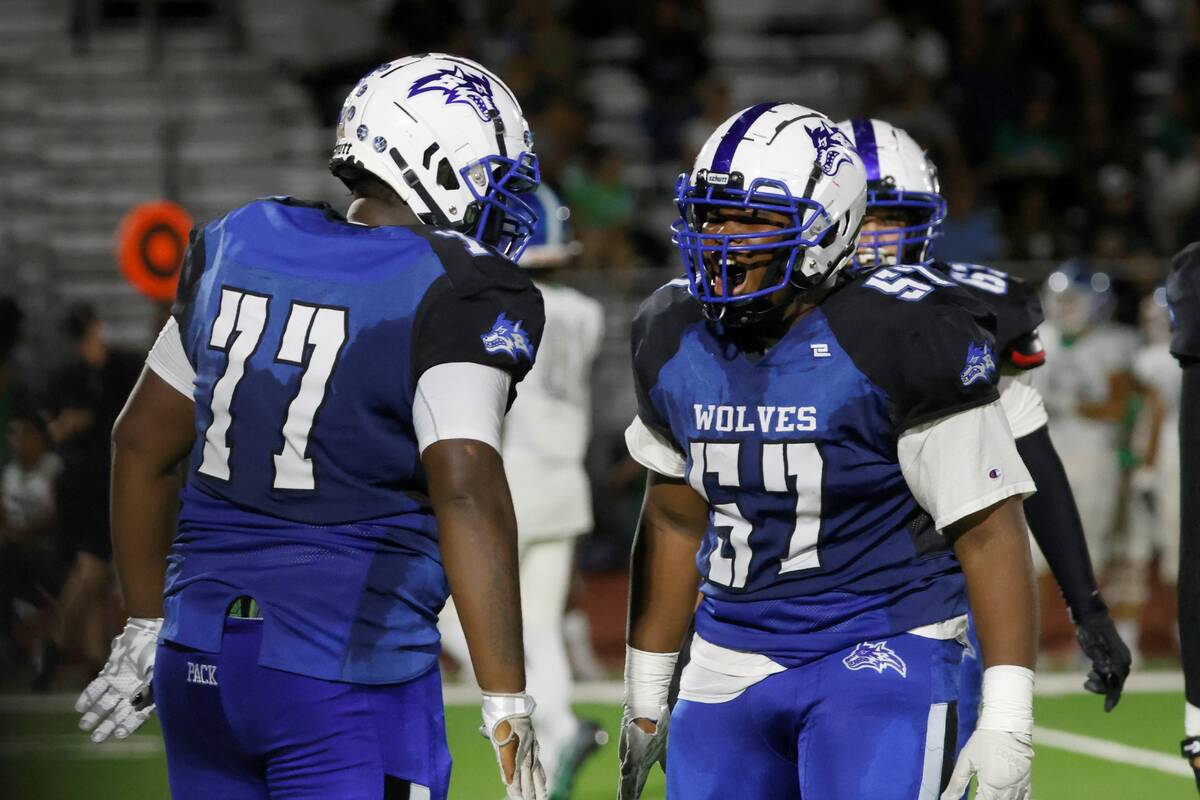 The appeals of three Southern Nevada football teams to move from the 5A classification to the 4A for the next two-year cycle beginning in the 2023-24 school year were approved on Monday by The Nevada Interscholastic Activities Association Realignment Committee on Monday.

The 5A South will consist of 11 schools for football. The Desert League will consist of Arbor View, Bishop Gorman, Green Valley, Las Vegas High and Shadow Ridge. Liberty, Coronado, Desert Pines, Faith Lutheran, Foothill and Silverado will make up the Mountain League.

With the changes to the 5A and 4A, the committee tabled making decisions on the regional and state playoff formats for football to the spring Realignment Committee meeting on March 7 in Reno. The committee’s 5A, 4A, and 3A representatives agreed to reconvene with their member schools to determine a playoff format given the changes to how many schools are in each classification.

Executive Director Donnie Nelson announced that the NIAA and Raiders are working “in good faith” to have football state championship games at Allegiant Stadium for the next three years, beginning in 2023 and going through 2025. No dates of games or other details were announced.

“We still have to work through details and contracts and things like that,” Nelson said. “But being able to know that right now, as we start talking about tournament formats at the Board of Control level, we can be able to tell blocks of schools to plan on state football being in the South because it’s going to be at Allegiant Stadium.”

The committee also approved appeals from Western and Pinecrest Academy Cadence football to stay in the 3A after being placed in the 4A in last month’s proposals. Somerset-Losee pulled its appeal to move to the 3A from 4A.

No action was taken on Bonanza girls soccer’s appeal to move down from Class 5A to 4A after no committee members brought a vote to motion. Western pulled its appeal for its boys soccer team to move down from the 5A to 4A.

The proposals for realignment classifications of fall sports will go up for approval at the NIAA Board of Control Winter Meetings on Jan. 18 and 19 in Reno. Approval for fall sport playoff formats will likely not take place until the Board of Control spring meetings on April 12 and 13.