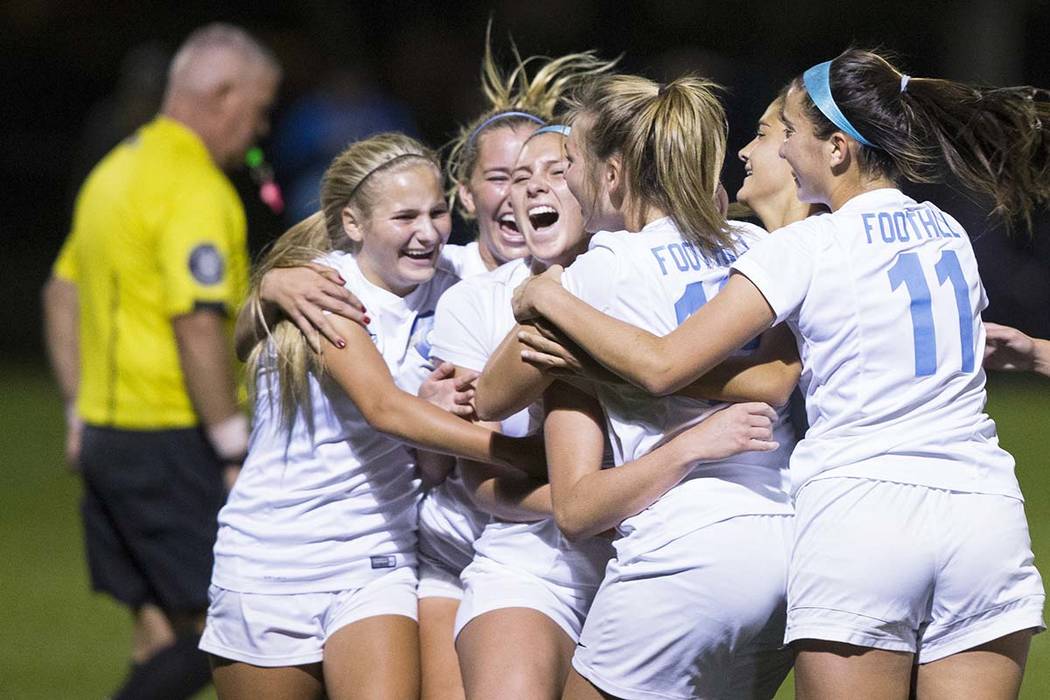 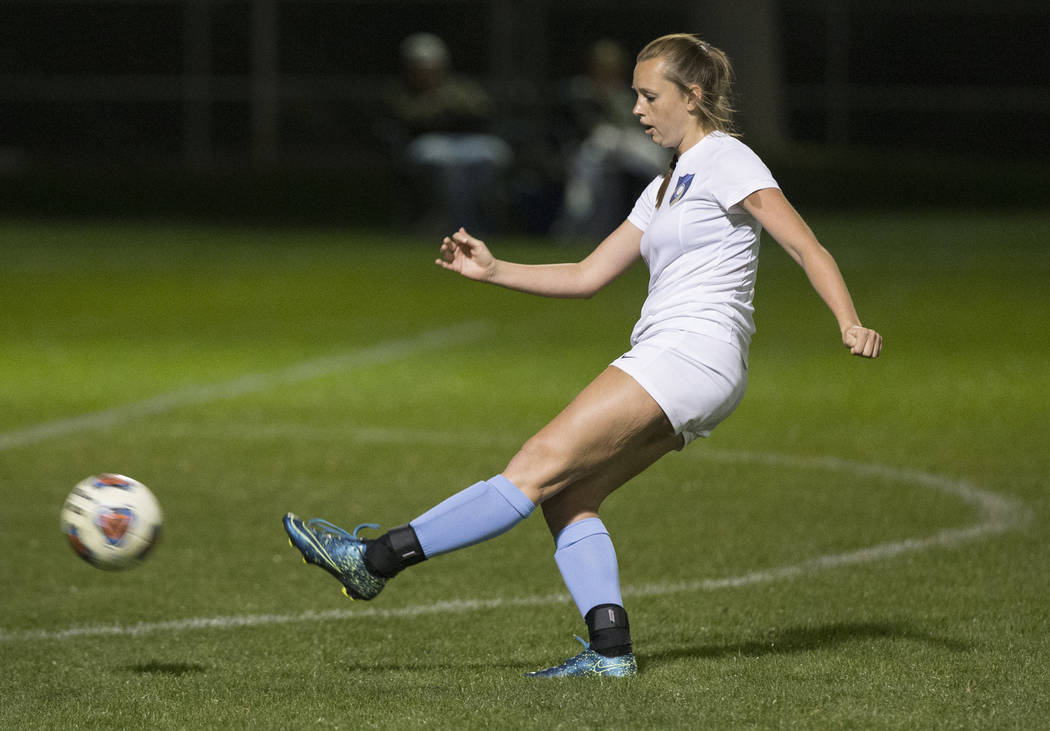 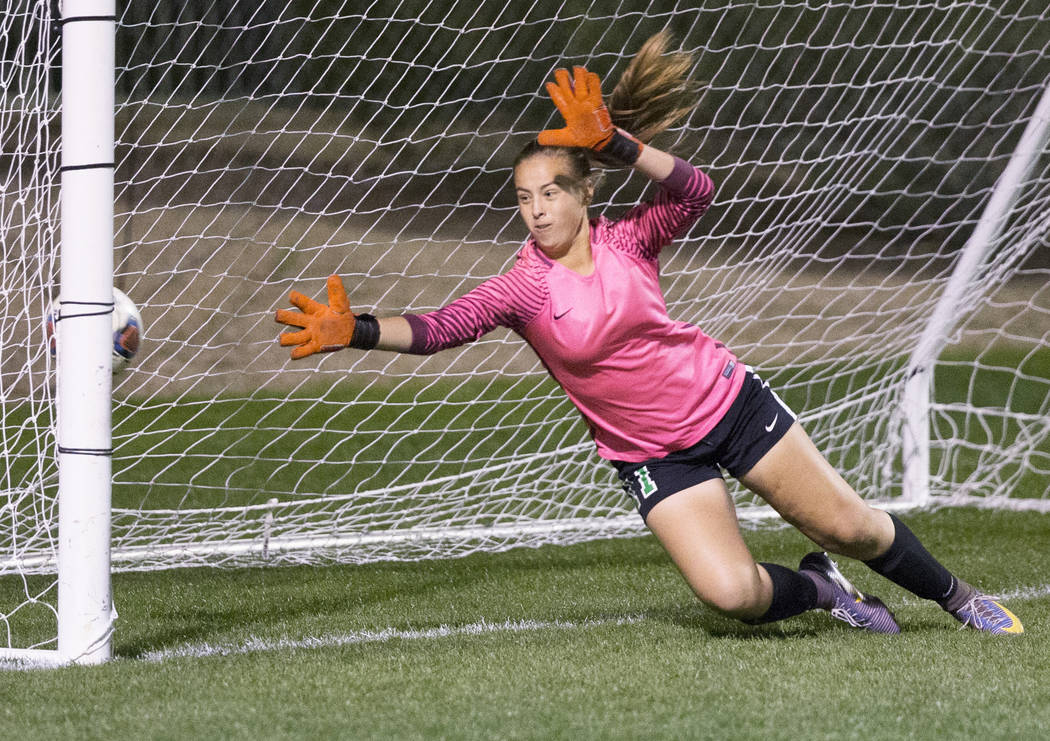 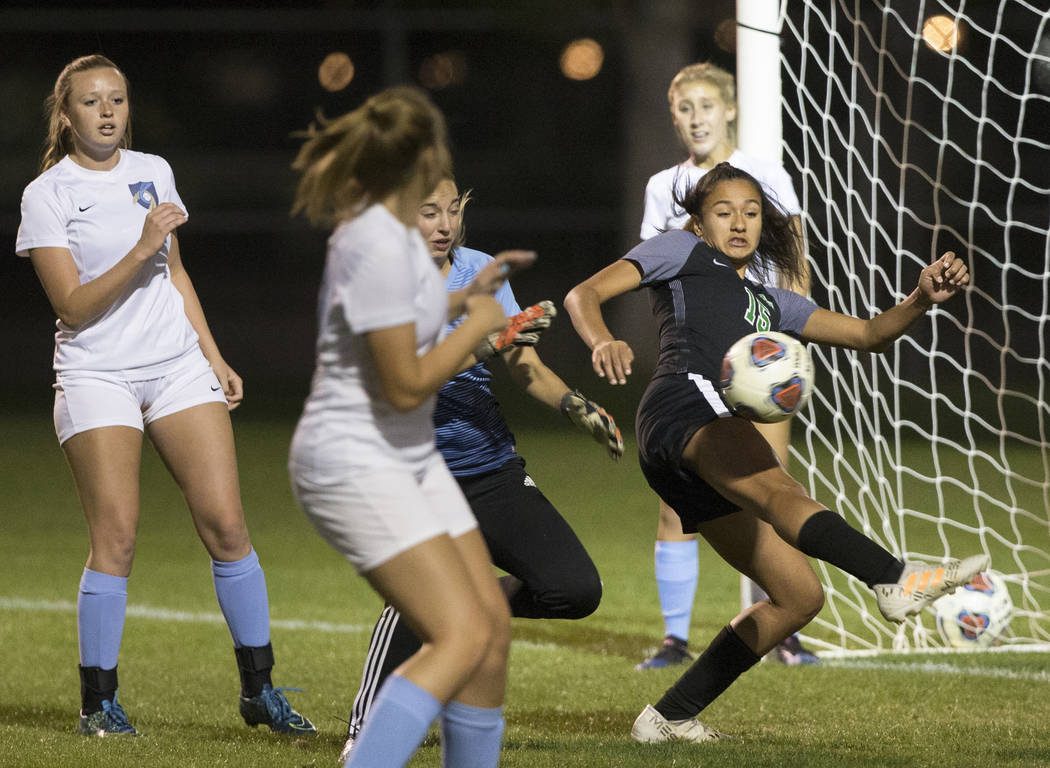 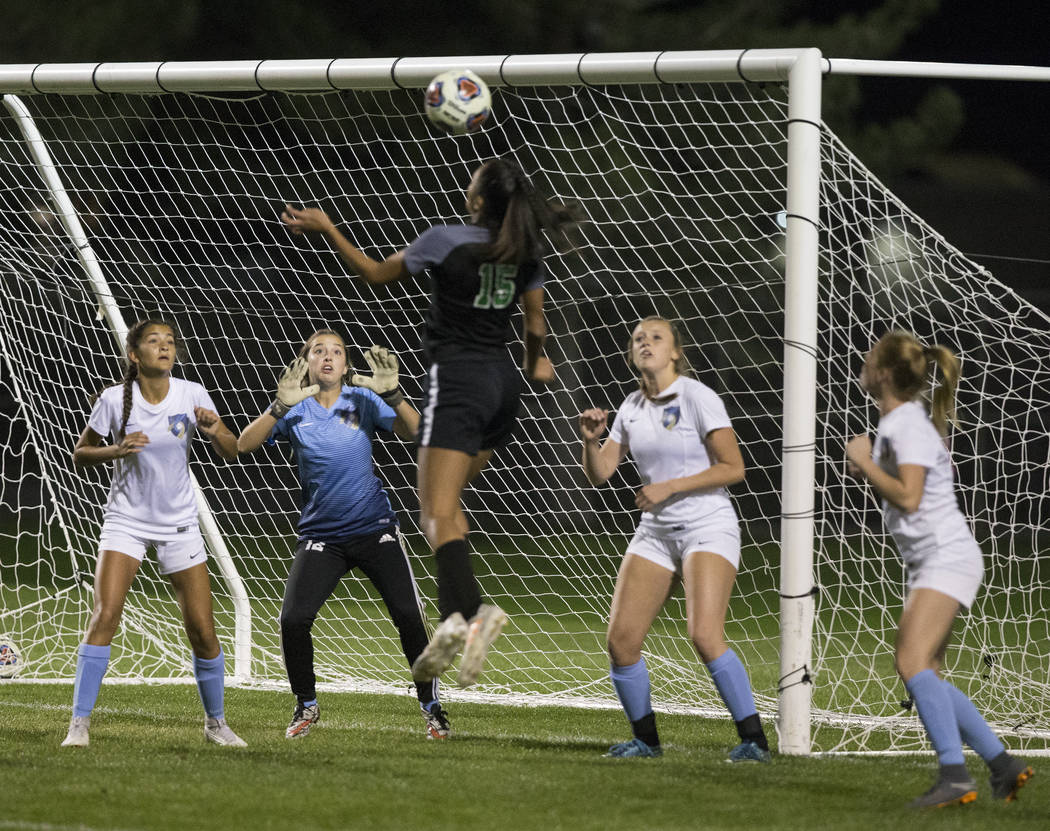 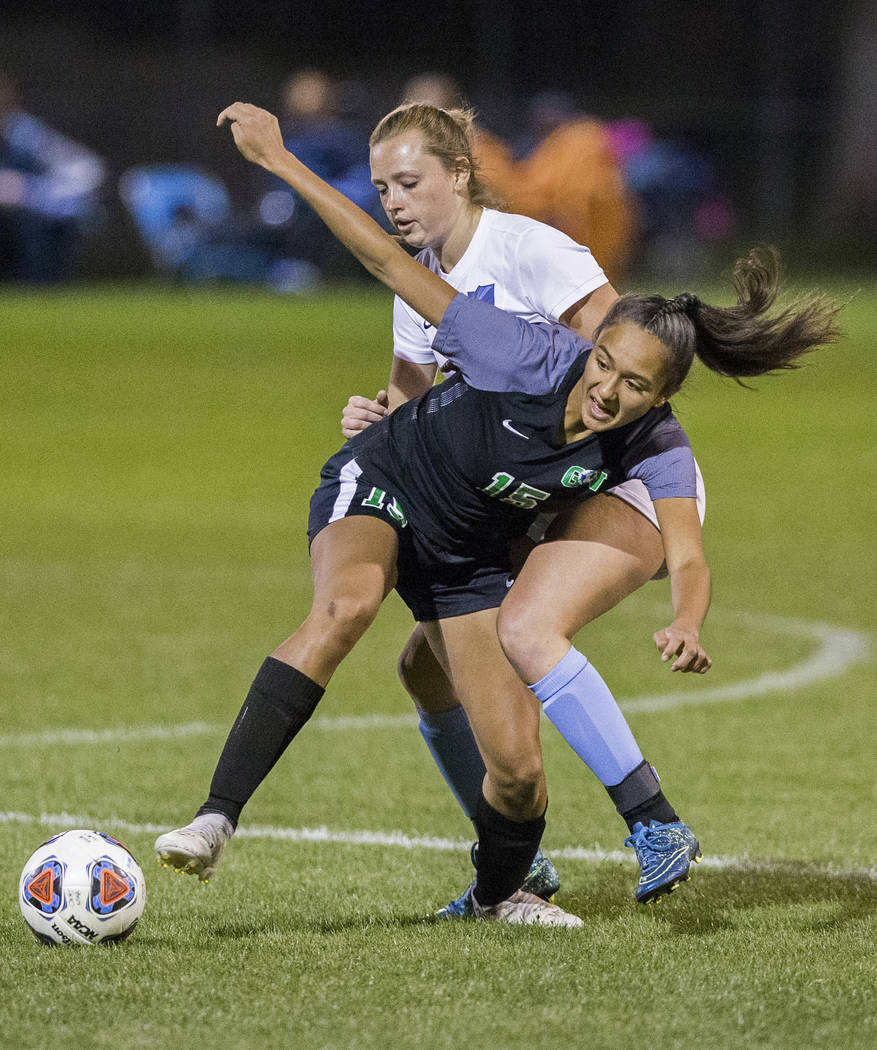 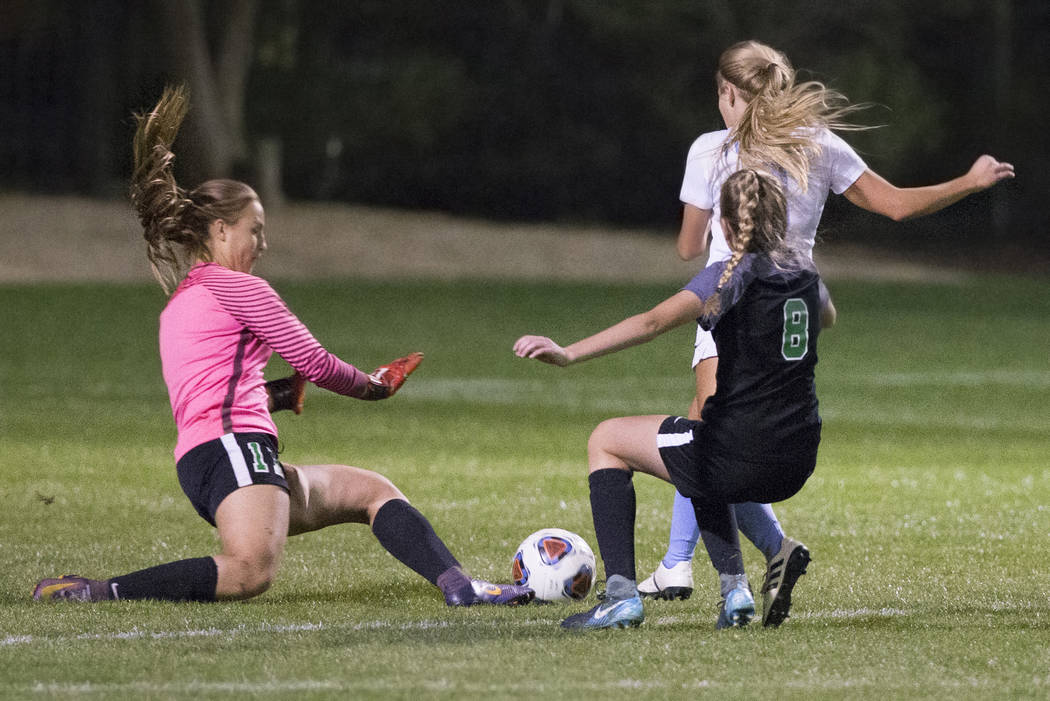 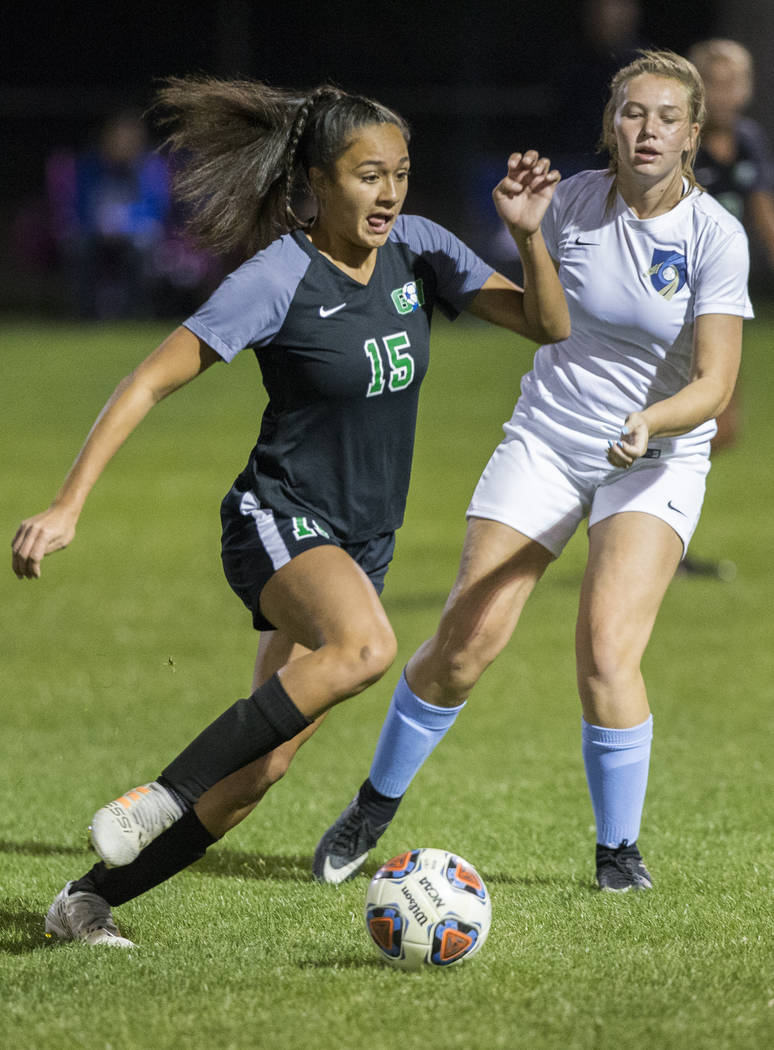 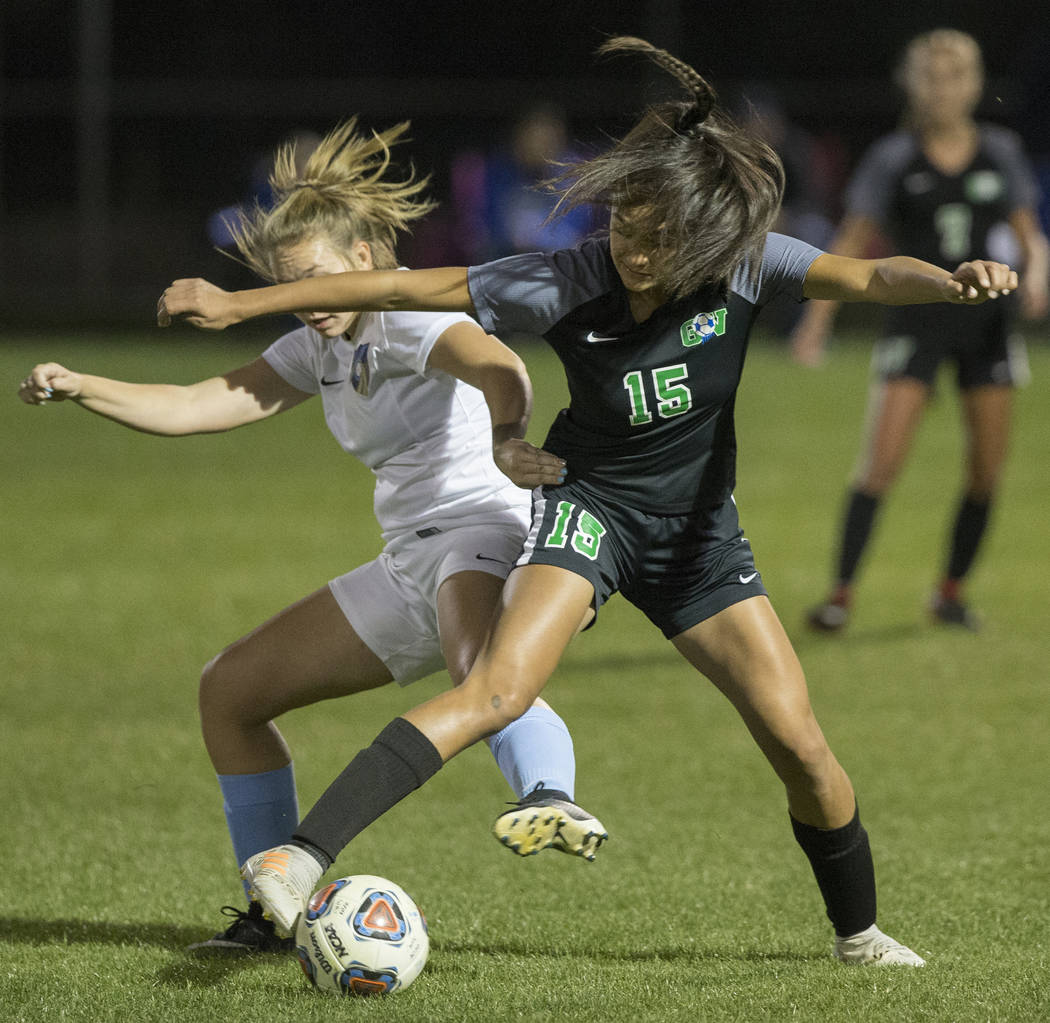 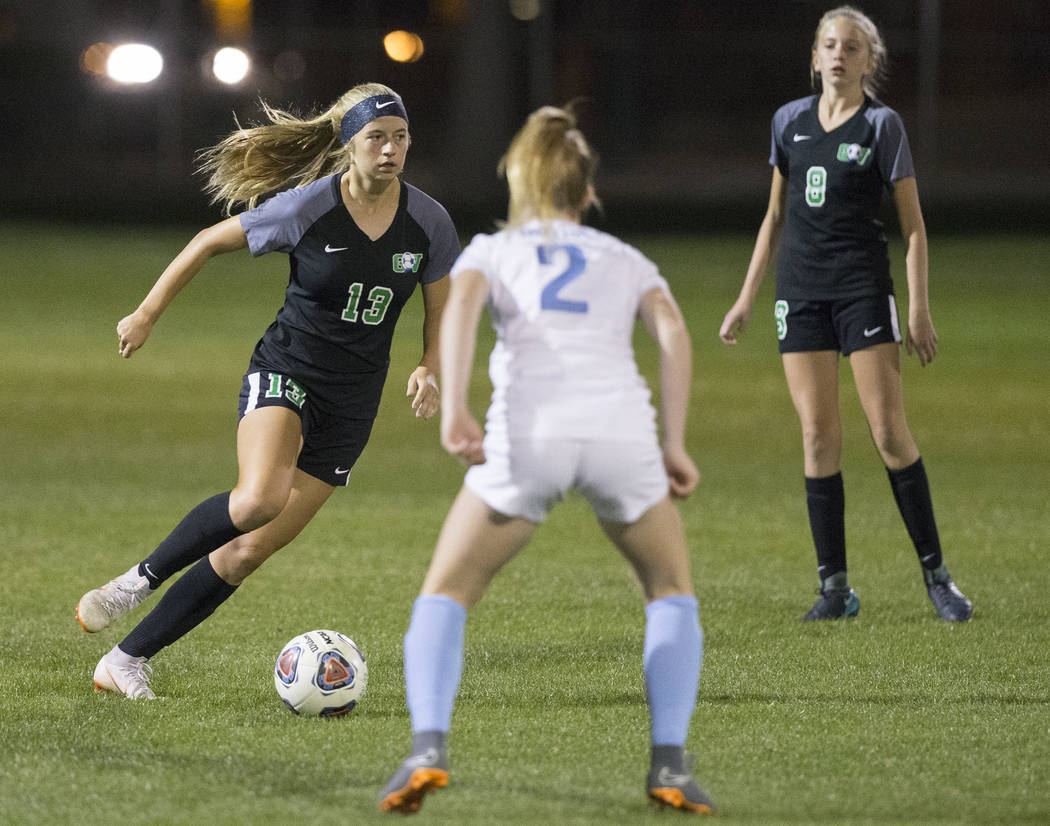 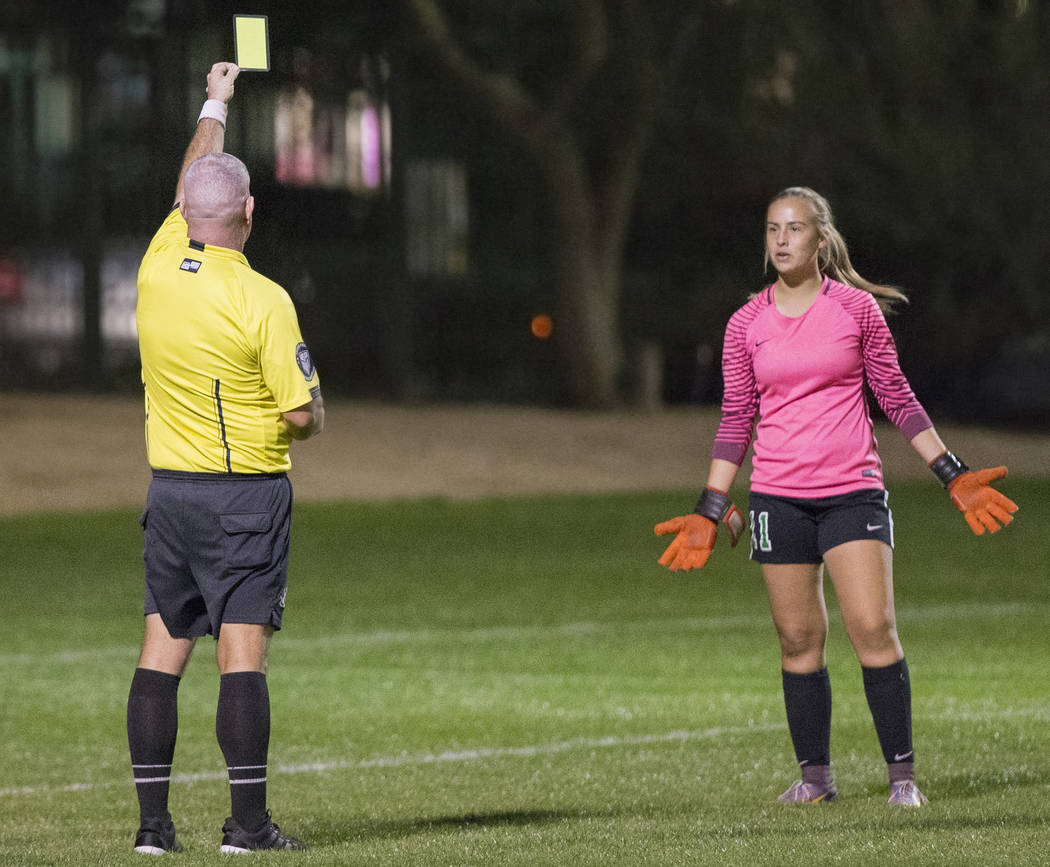 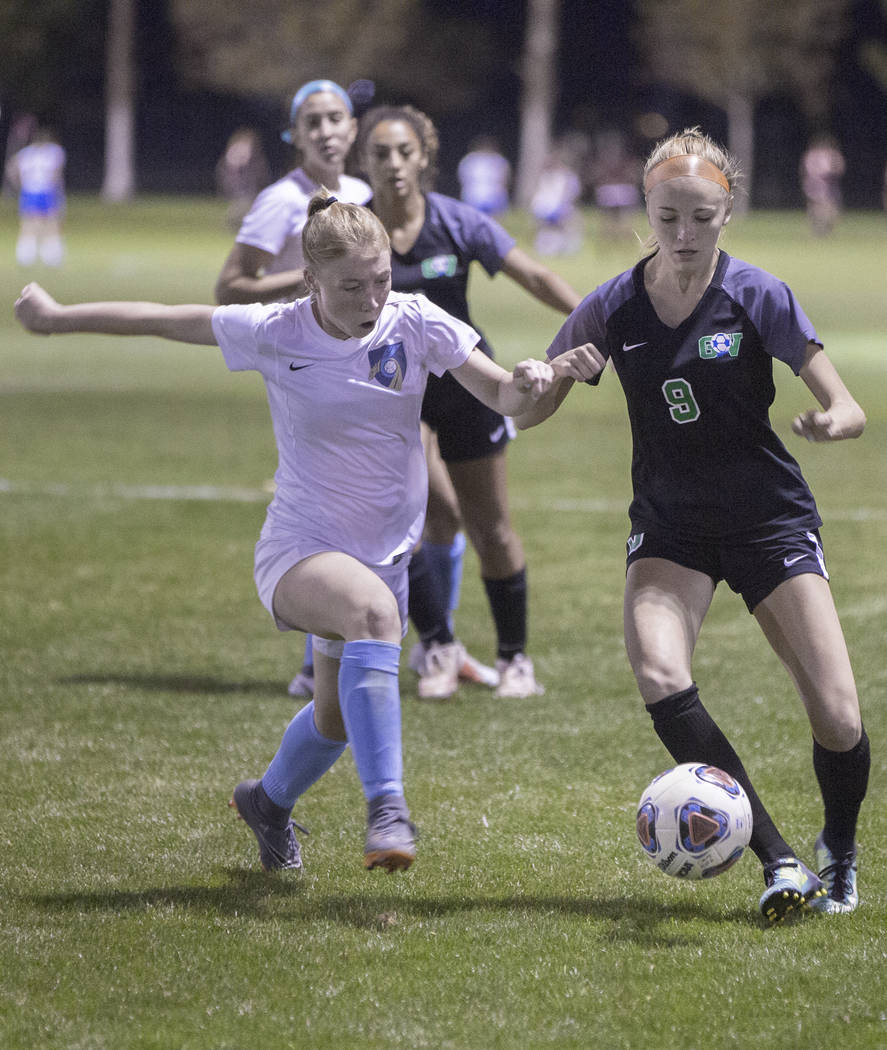 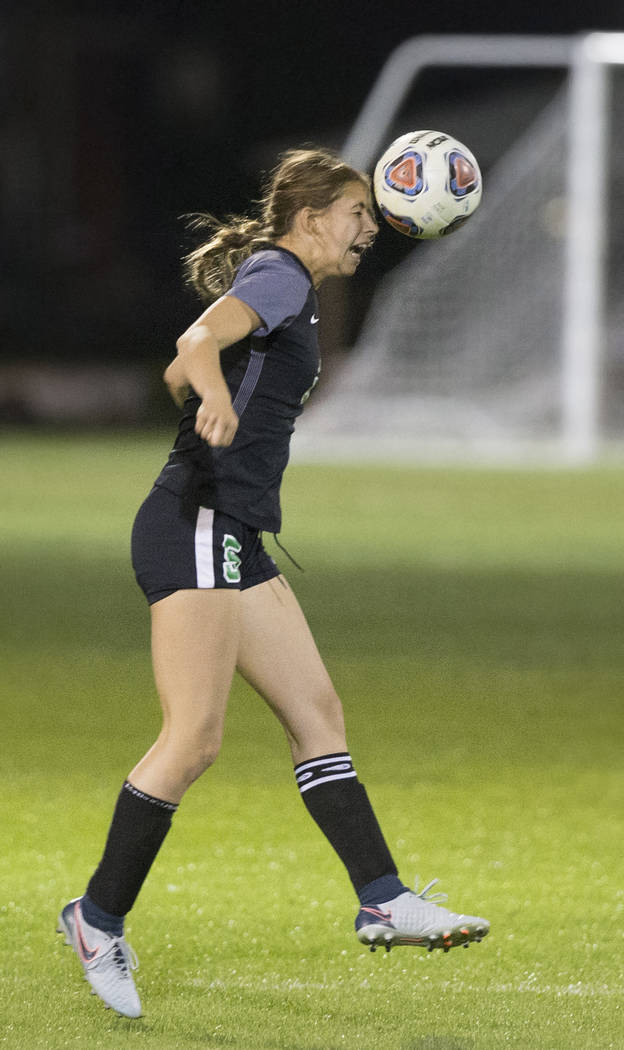 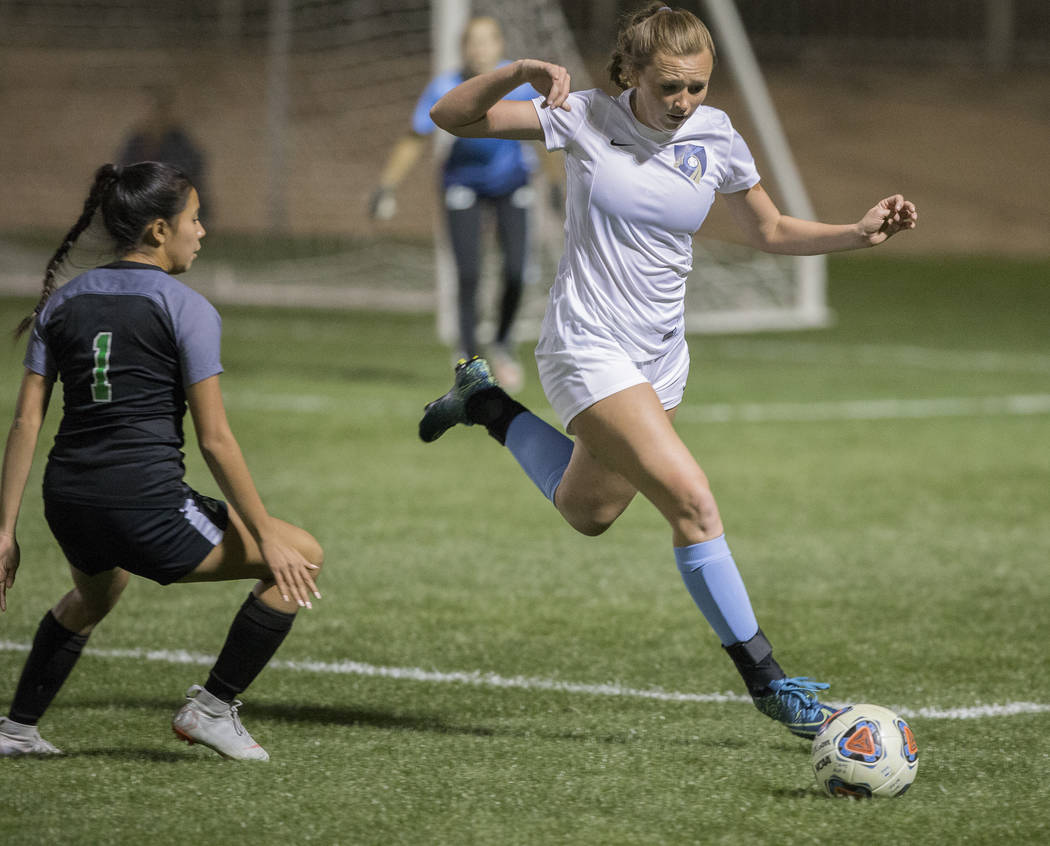 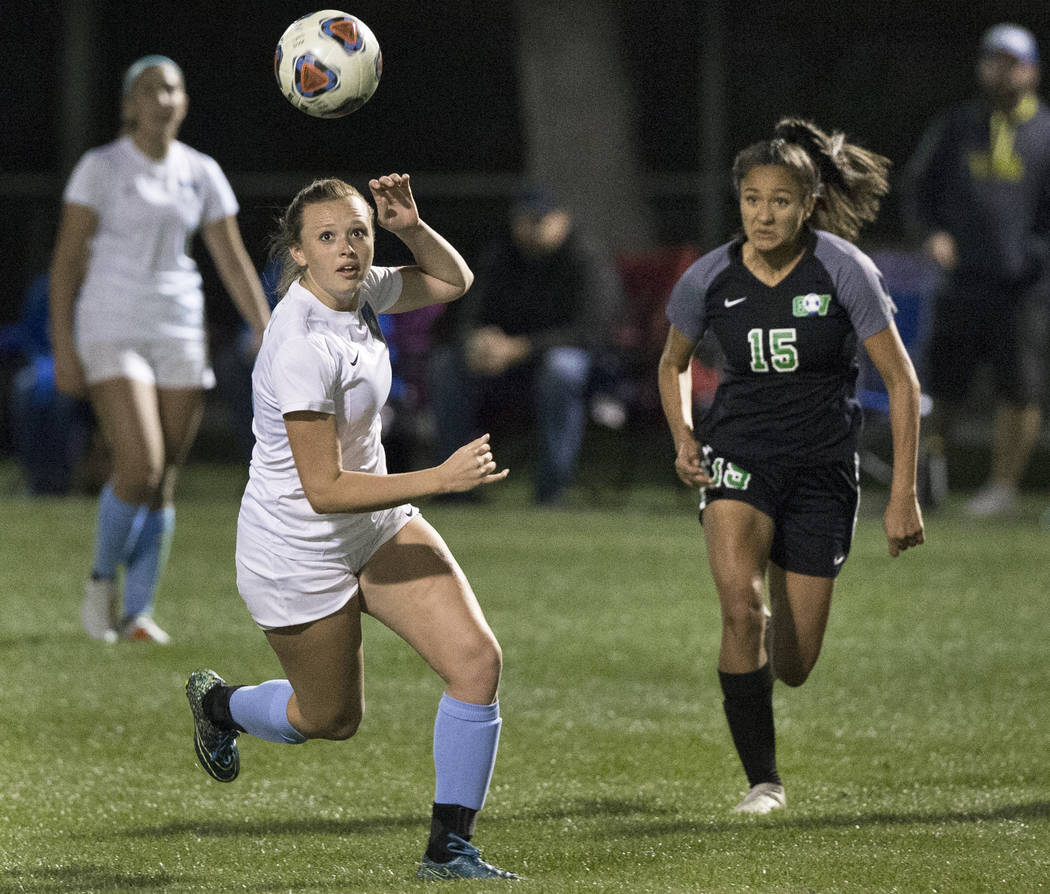 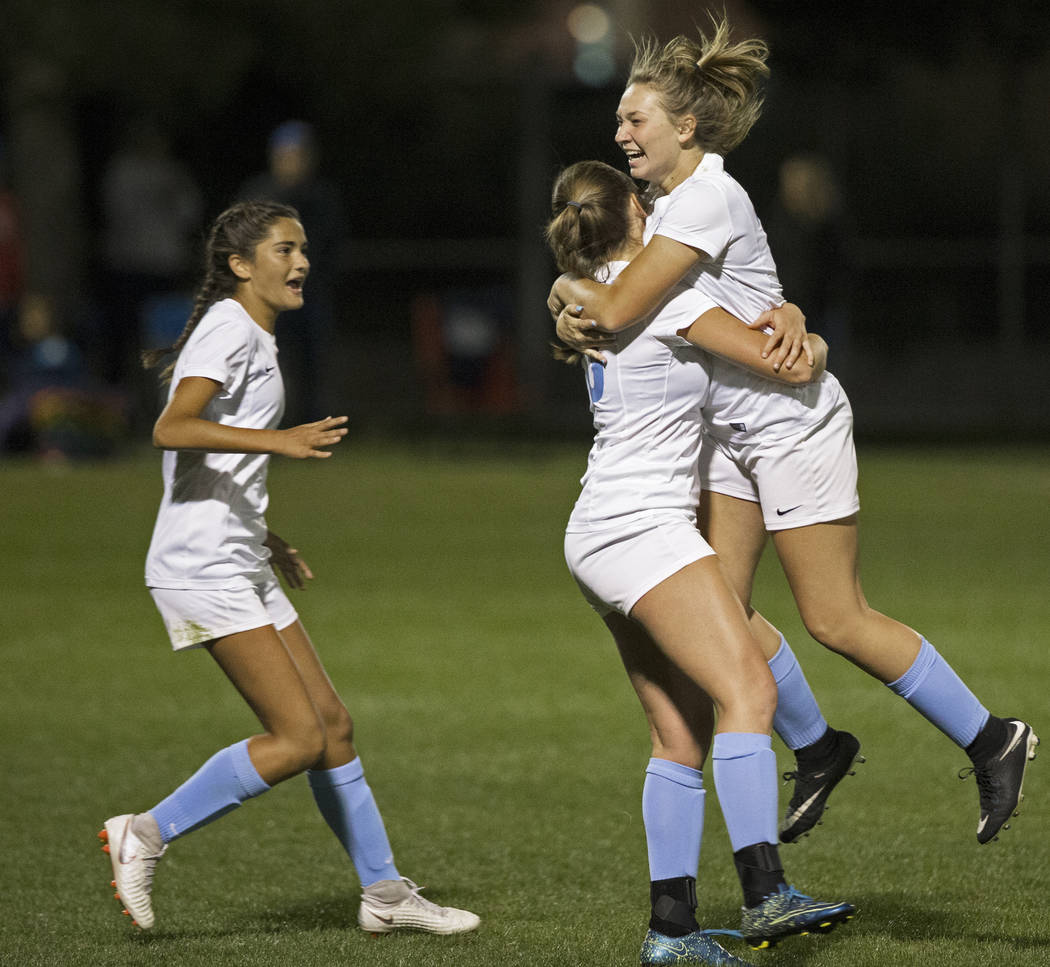 Foothill's Annalise Huber (19) gets a big hug from Aqui Williams (13) after the Gators scored a last second goal in the second half to beat Green Valley High School 4-3 on Wednesday, October 31, 2018, at Bettye Wilson Park, in Las Vegas. Benjamin Hager Las Vegas Review-Journal 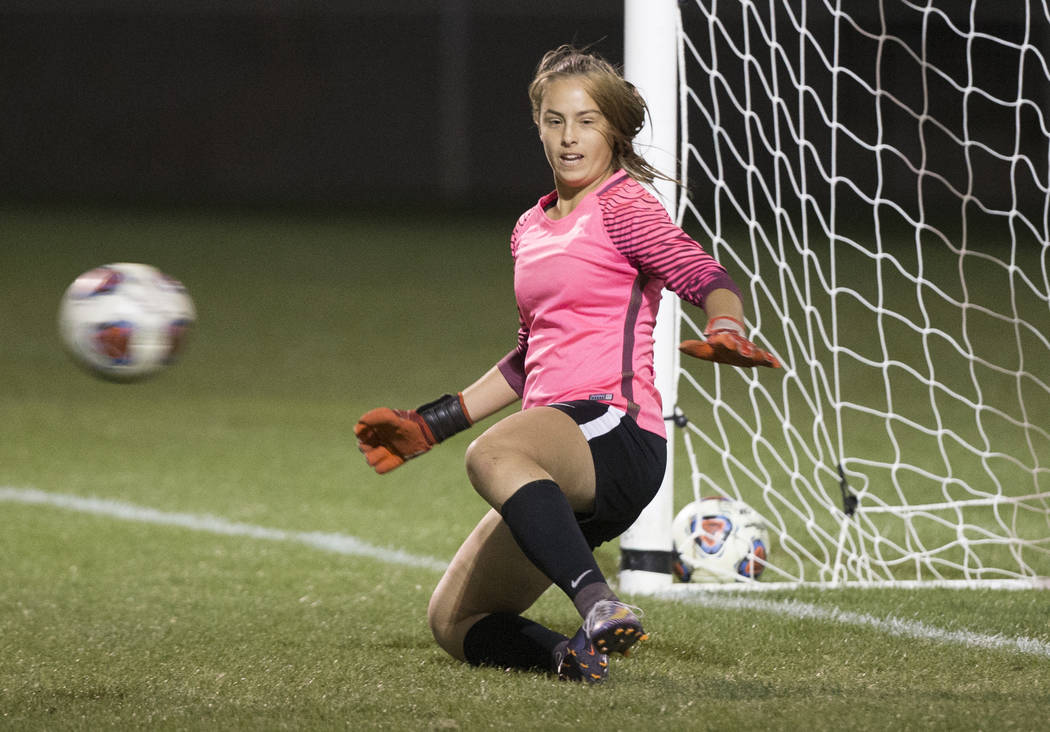 It almost seems like it’s too perfect to be true, but the Foothill girls soccer team promises it’s the case.

When Aqui Williams lined up Wednesday to take a free kick in the 80th minute, less than a yard outside the box, she was confident she would convert because her team practiced that very play the previous day.

She drilled it, and Foothill beat Green Valley 4-3 in a Desert Region quarterfinal at Bettye Wilson Soccer Complex.

Williams gave some credit for the goal to assistant coach Peter Stueberud. She said Stueberud wanted to work on it in practice, just in case.

“It happens throughout the season, so that’s the second one she scored,” Stueberud said. “She pulled it off at the right time.”

The game looked destined for overtime after Green Valley netted the game-tying goal a minute earlier. A corner kick with a minute to play bounced around in front of Foothill’s net until Jazlyn Camacho put it in.

The final minute was a culmination of an action-packed second half. Green Valley had 12 shots (seven on goal) in the half, and Foothill scored on all three of its shots on goal, including a penalty kick and Williams’ winner.

Arianna Vigil connected on two penalty kicks for the Falcons (11-4-3), giving them only one goal scored during the flow of play.

“I’ll take it any way I can get it,” Foothill coach Chem Simoneau said. “I think we had some really good chances tonight, we just weren’t able to finish.”

Green Valley’s Sydney Thomas started the scoring with a 19th-minute free kick from 25 yards out, then Foothill answered with the first of Vigil’s penalty kicks a minute later. It stayed that way until Vigil untied it in the 47th minute, and then Gabby Anderson added to the Foothill lead in the 65th.

Green Valley (8-6-6) fought back when Karina Gonzalez finished a two-on-one break on a feed from Camacho. The Gators tied it as the clock ticked down, but Williams sent the Falcons on to face Bishop Gorman (23-0) in Thursday’s semifinal.

“I almost like want to cry I’m so happy,” Simoneau said. “I’m so proud of my girls and how hard they work together.” 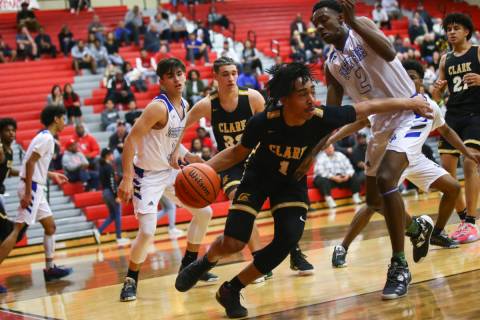 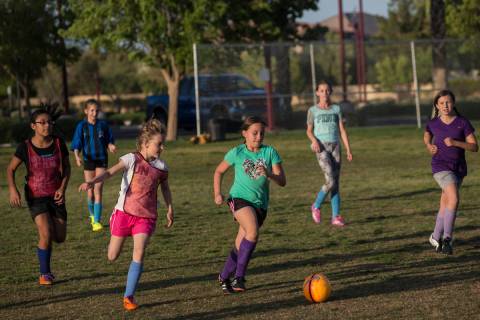 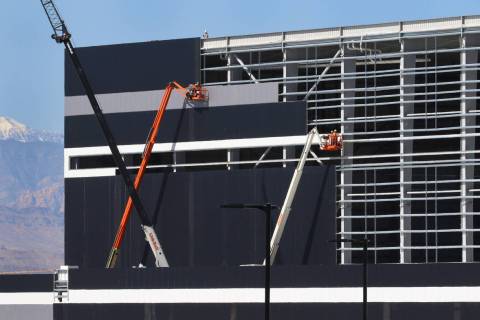 Who can blame them if they think they’re above the rules? 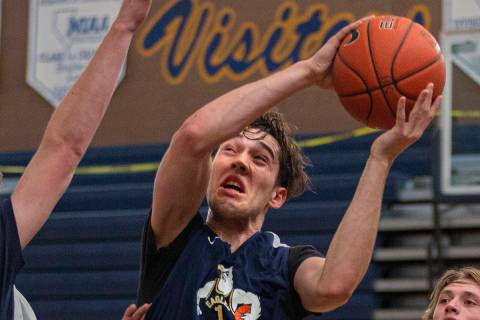 It’s a tradition for high schools to have a ceremony when an athlete signs a national letter of intent. But the coronavirus pandemic has forced a change in plans at most schools. 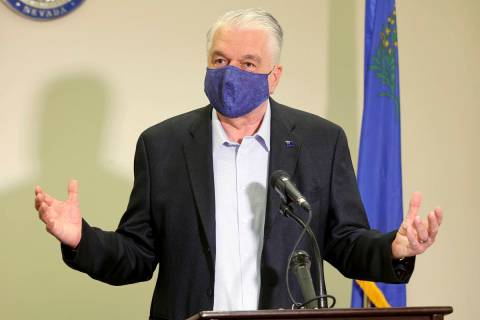 Gov. Steve Sisolak’s announcement outlining a return to youth and adult recreational sports amid the coronavirus pandemic comes as welcome news to coaches and athletes.