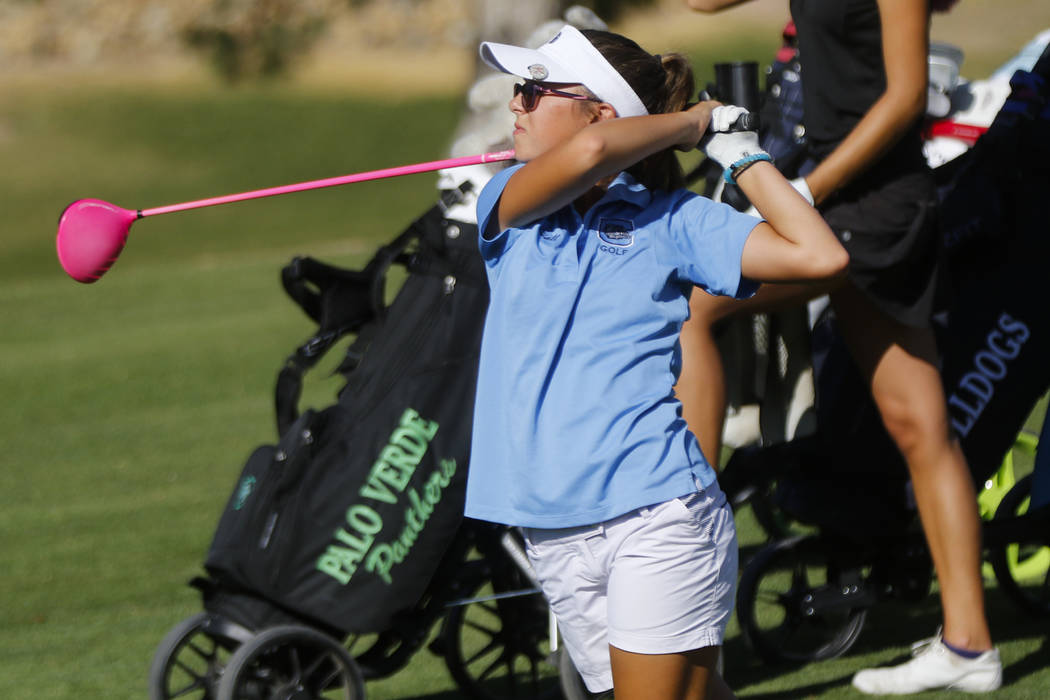 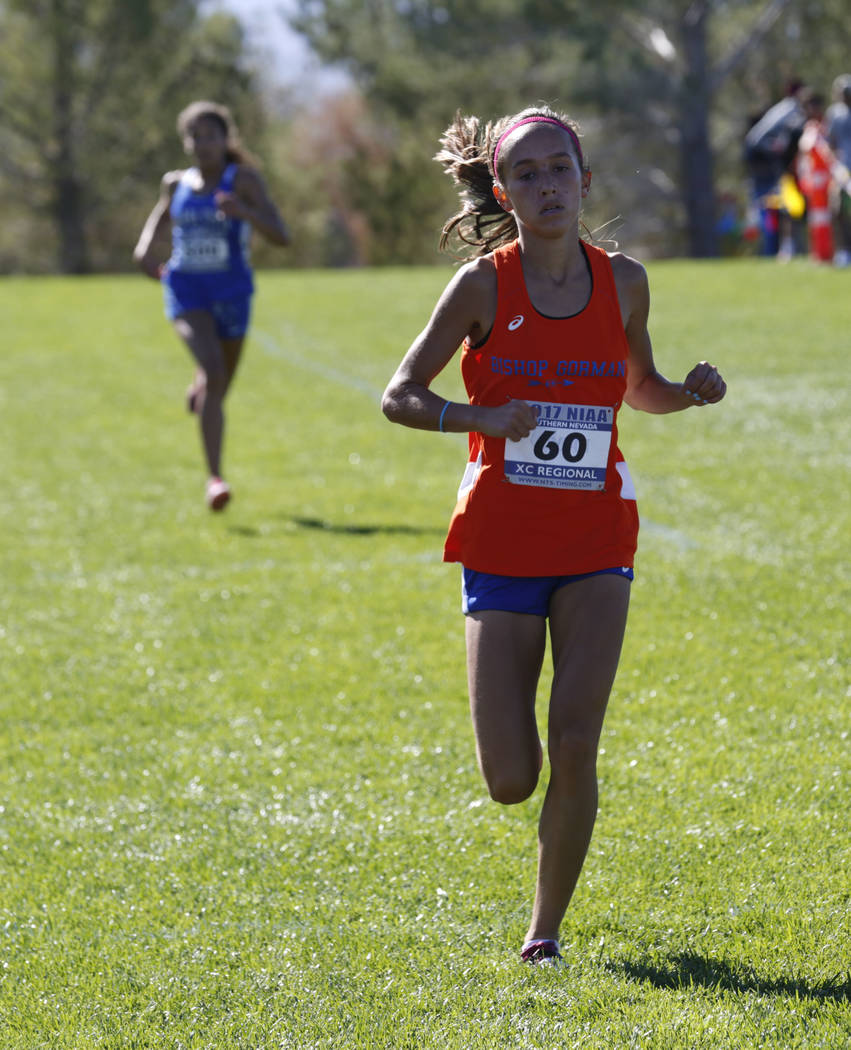 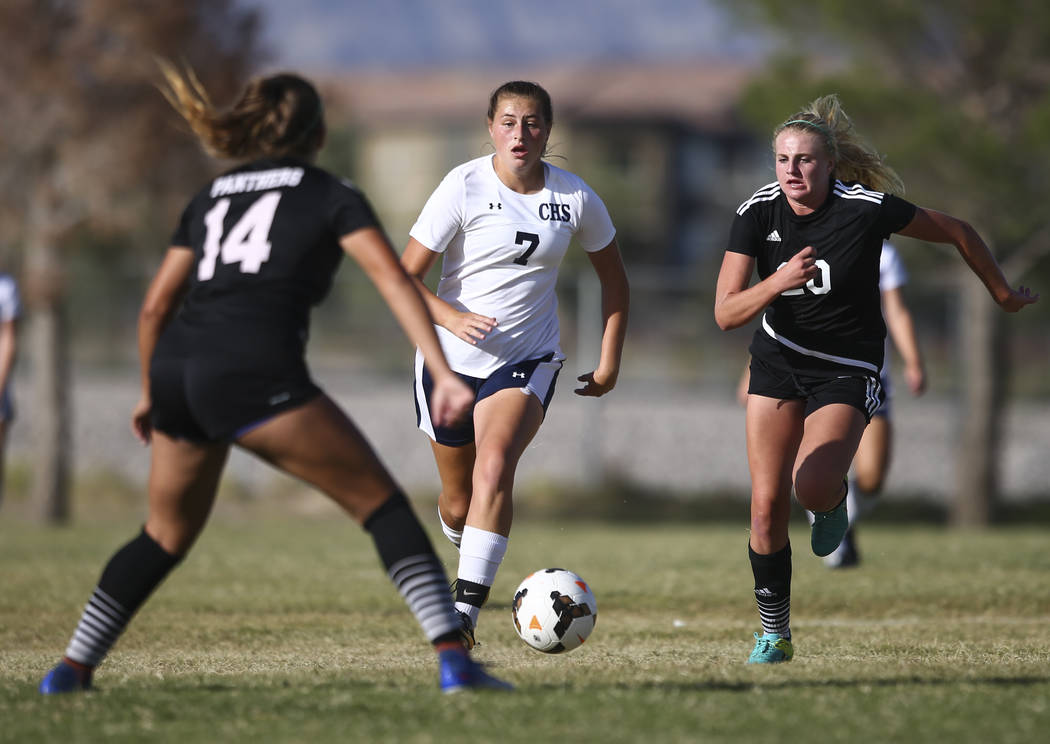 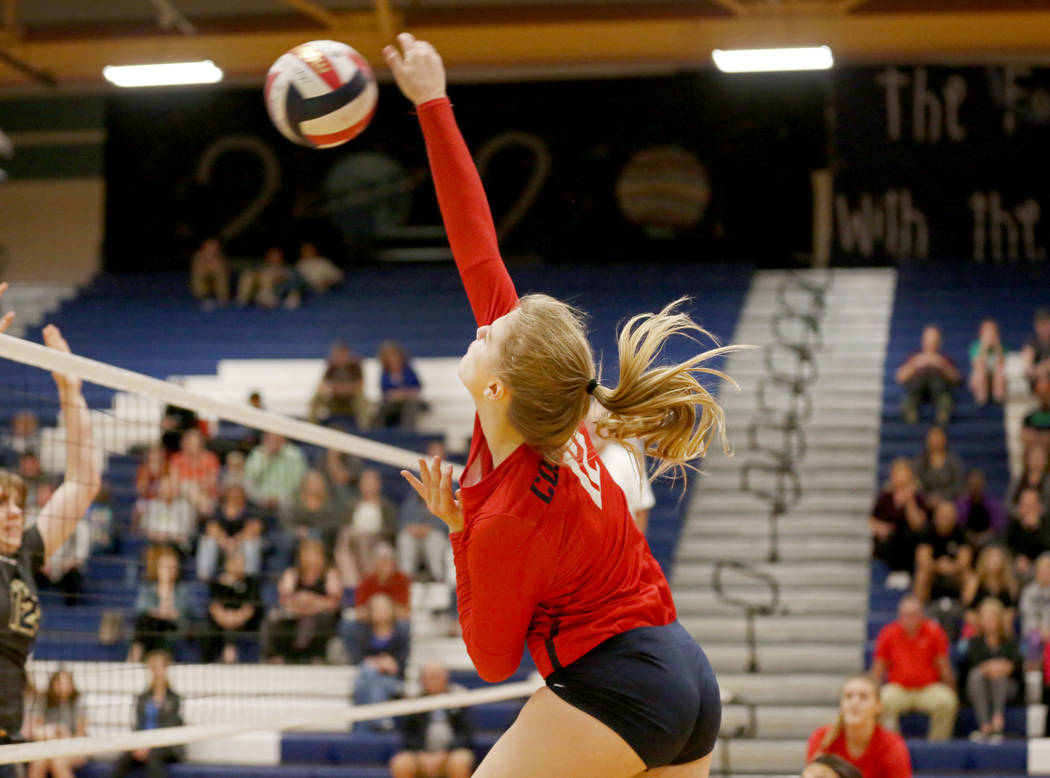 The junior finished second in the small school race at the Larry Burgess Las Vegas Invitational at Sunset Park with a time of 15 minutes, 31.8 seconds for 3 miles.

The sophomore won the large school race at the Larry Burgess Las Vegas Invitational at Sunset Park with a time of 18 minutes, 25.7 seconds for 3 miles.

The senior sent a Class 4A state record for receiving yards against Cimarron-Memorial, finishing with seven catches for 244 yards and three TDs. He had scoring receptions of 86, 6 and 90 yards.

The two sophomores both shot 3-under-par 69 to share medalist honors in a Northwest League match at Paiute.

The senior had a goal and five assists in a 9-0 win over Virgin Valley, then recorded a hat trick in a 4-1 victory over Spring Valley in the Southwest League opener.

The Bulldogs played just once last week, but the senior scored six goals and assisted on another as Centennial beat Bonanza on Wednesday, 7-0.

The freshman went 2-0 in singles in a victory over Adelson School, and teamed with Katelyn Fox later in the week for a 3-0 doubles in a win over Del Sol.

The 6-foot-3-inch senior blocker/hitter combined for 24 kills in victories over Liberty and Silverado for the Cougars, who are 11-1 this season.