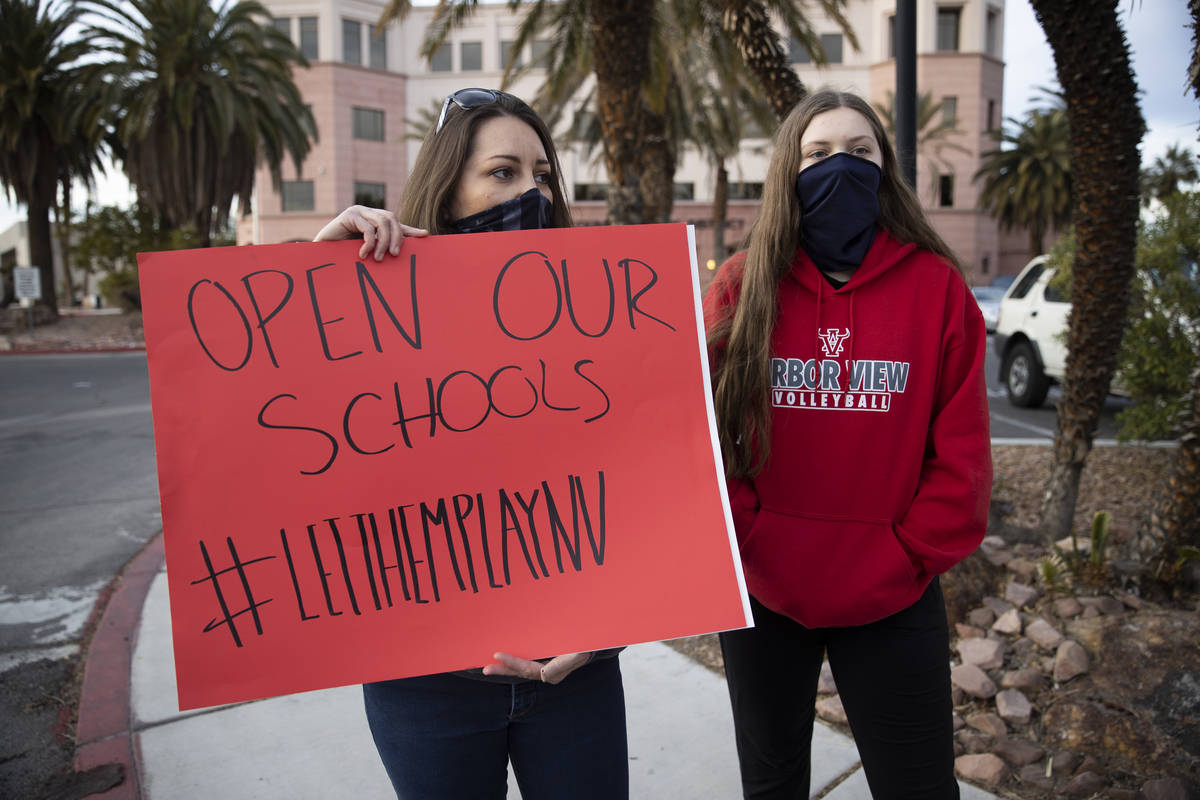 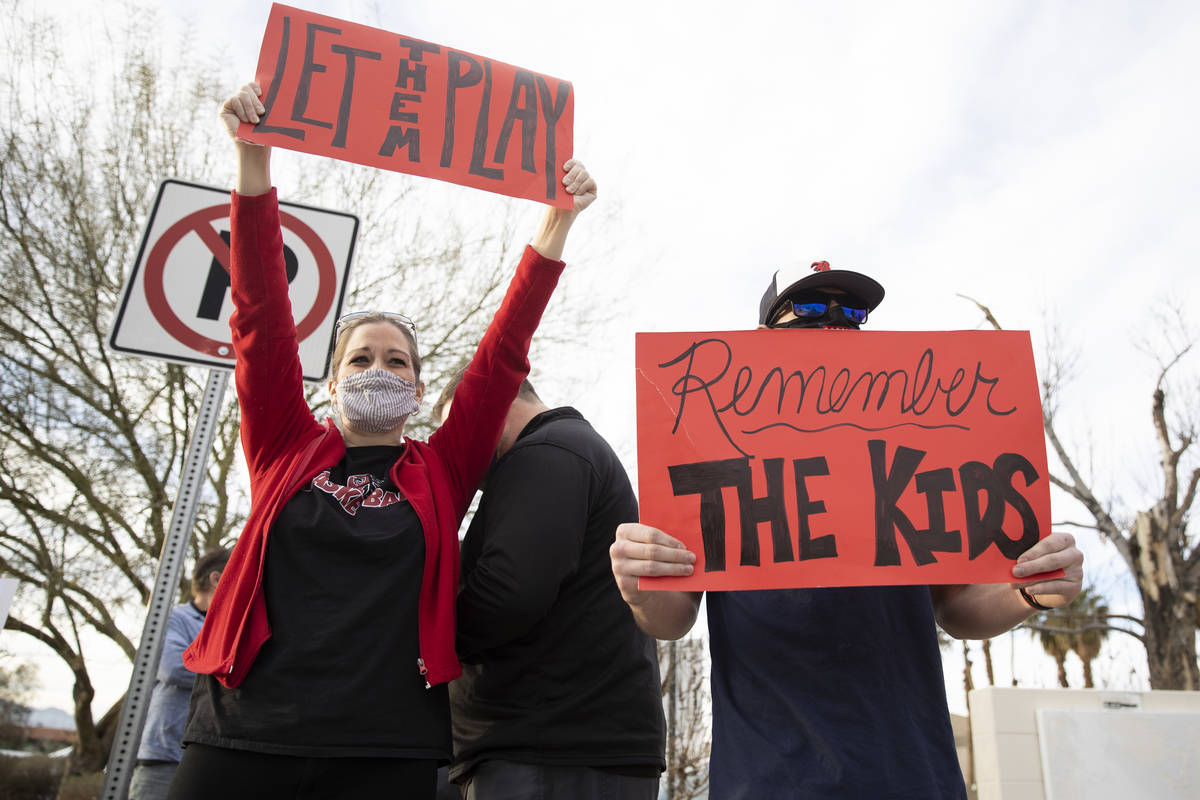 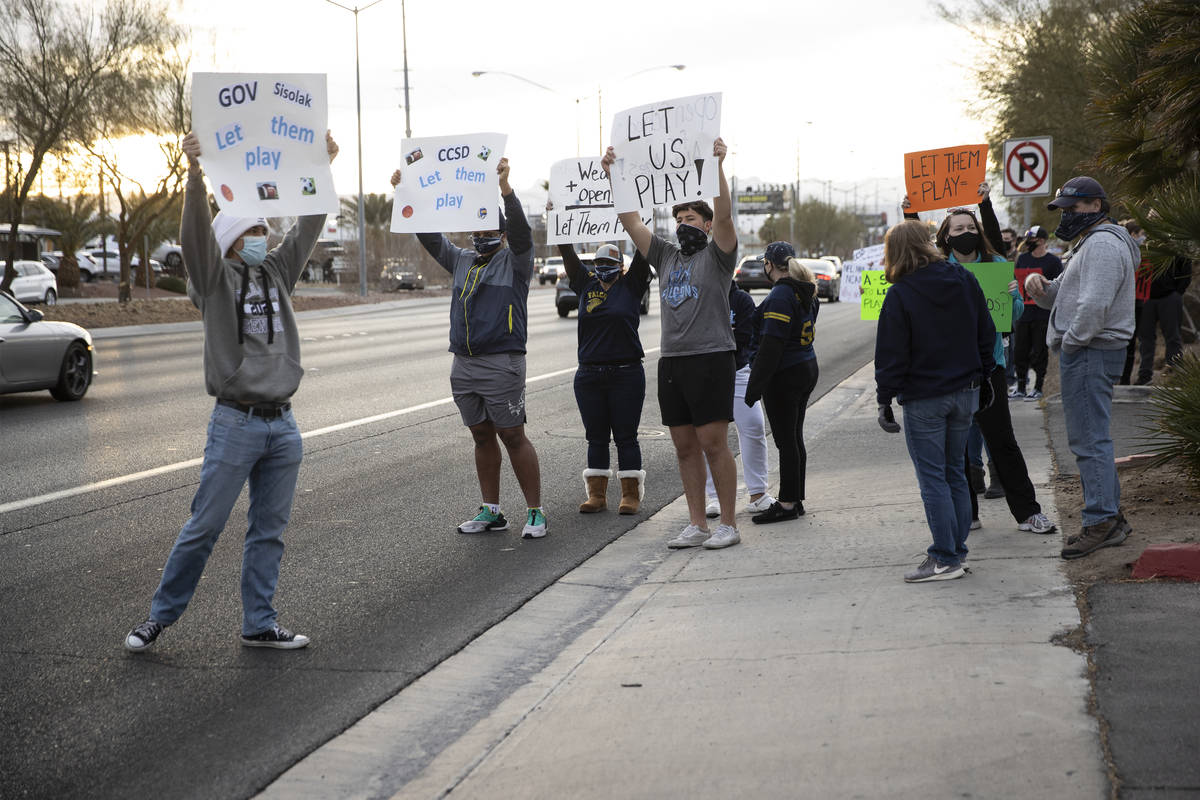 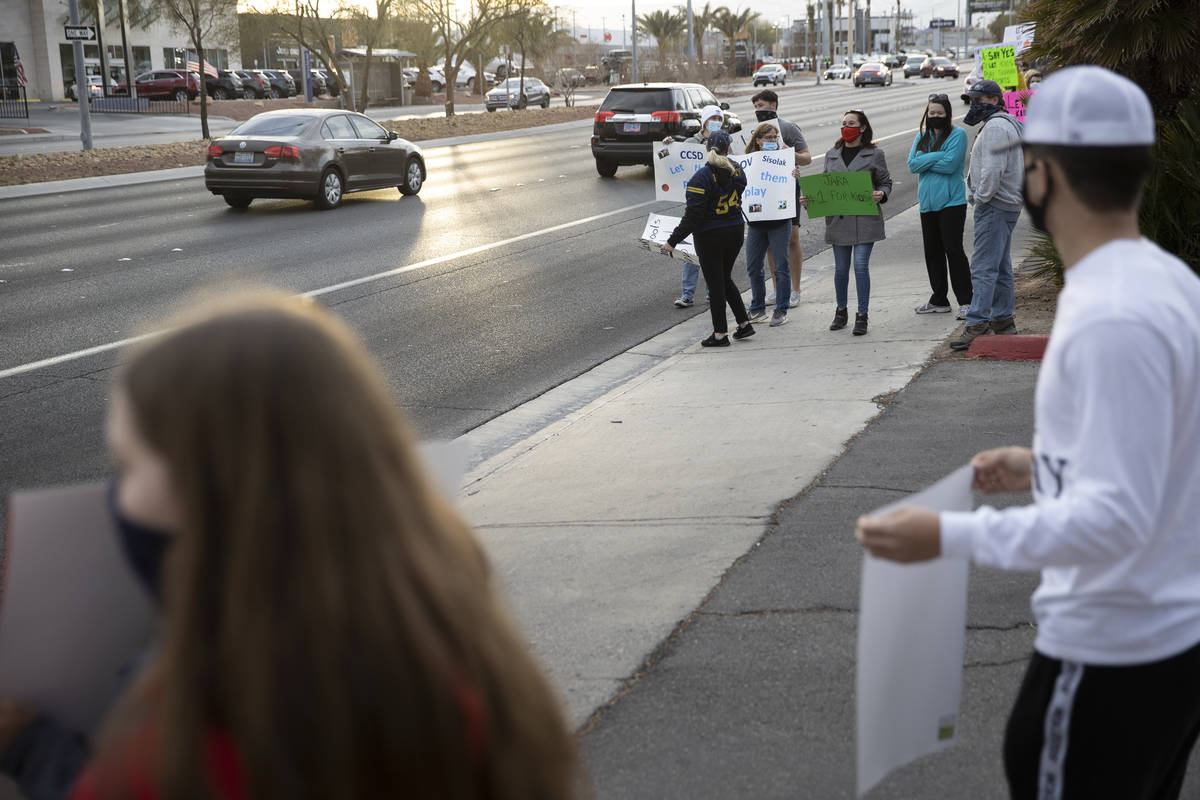 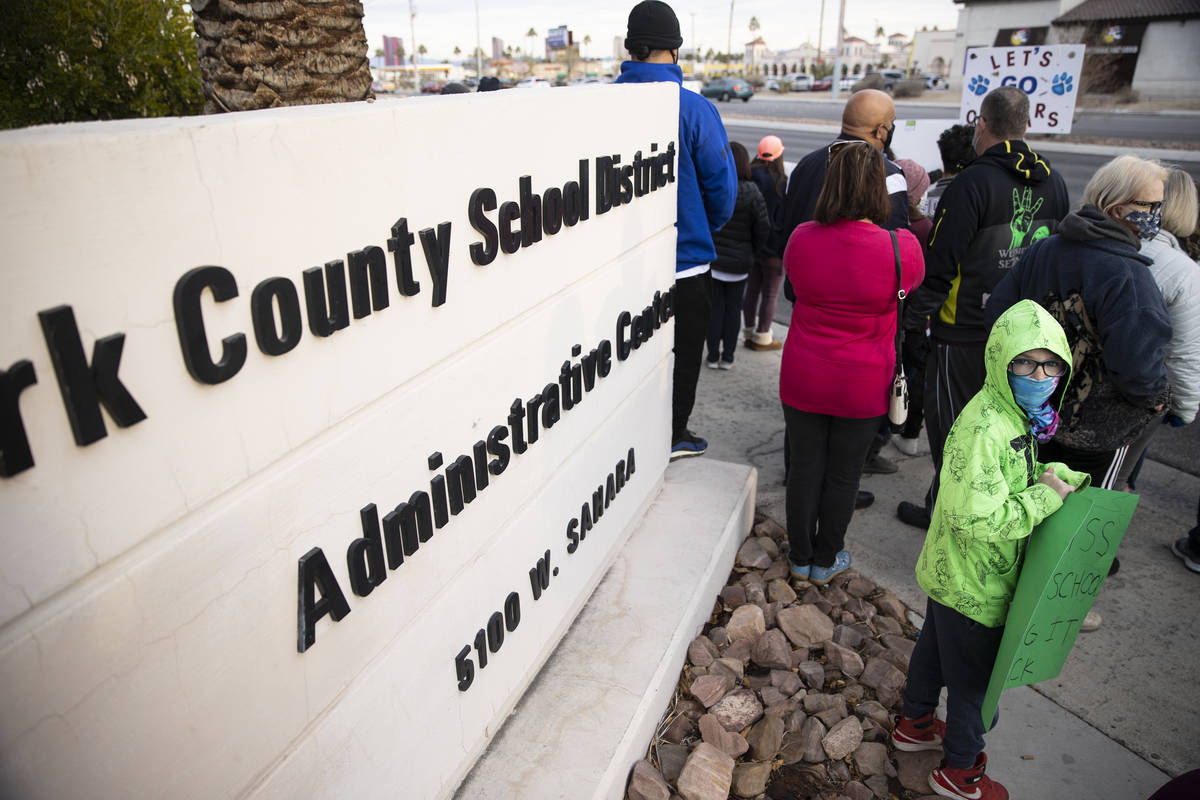 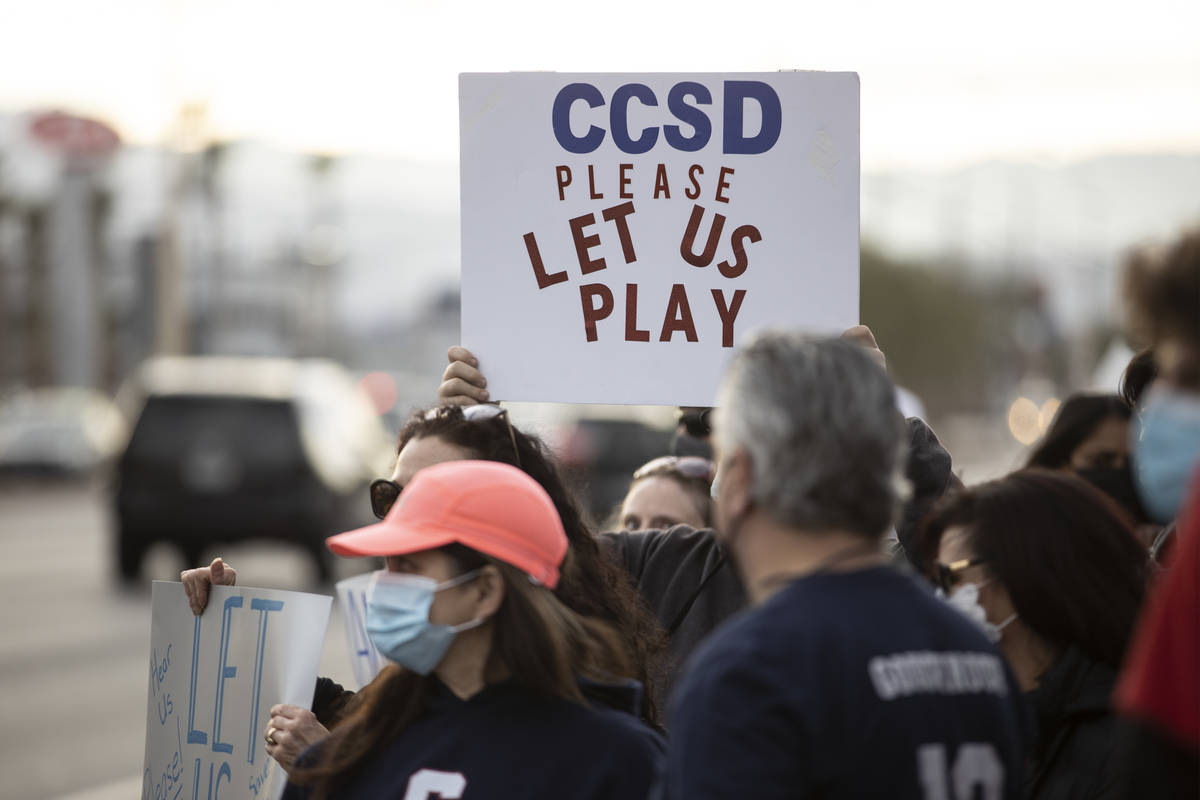 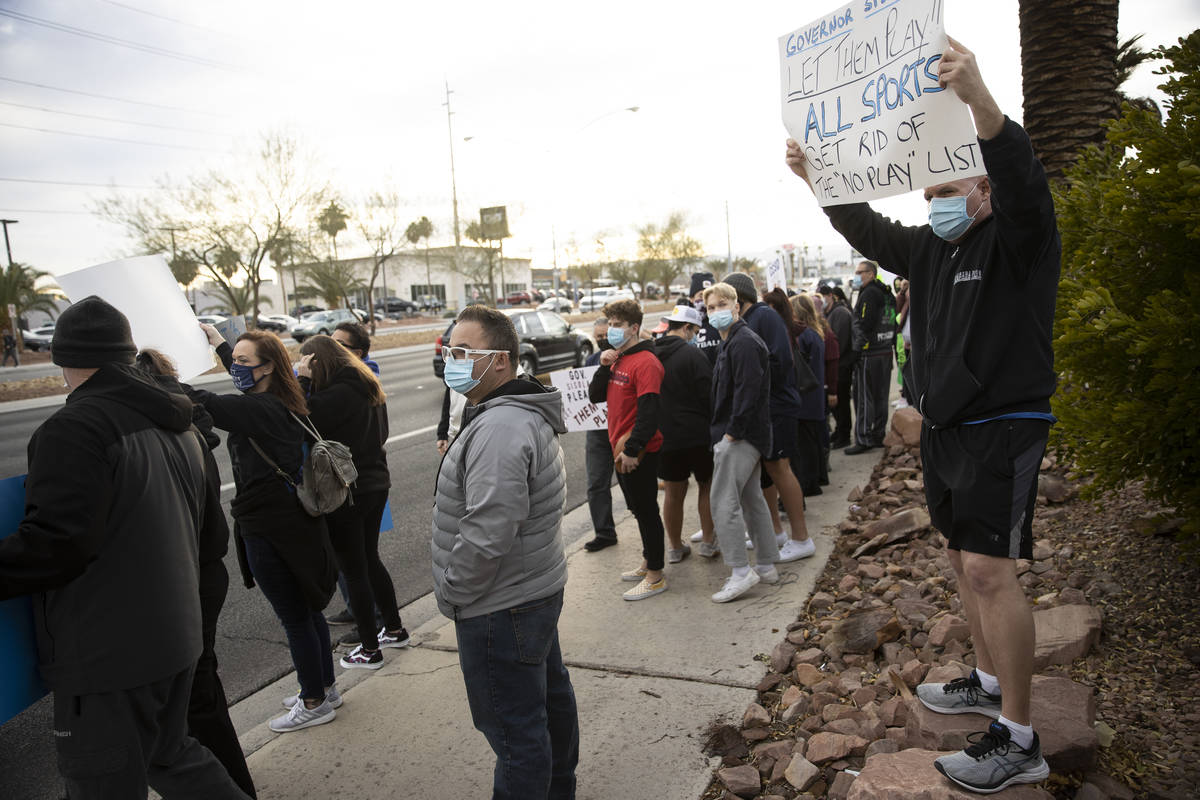 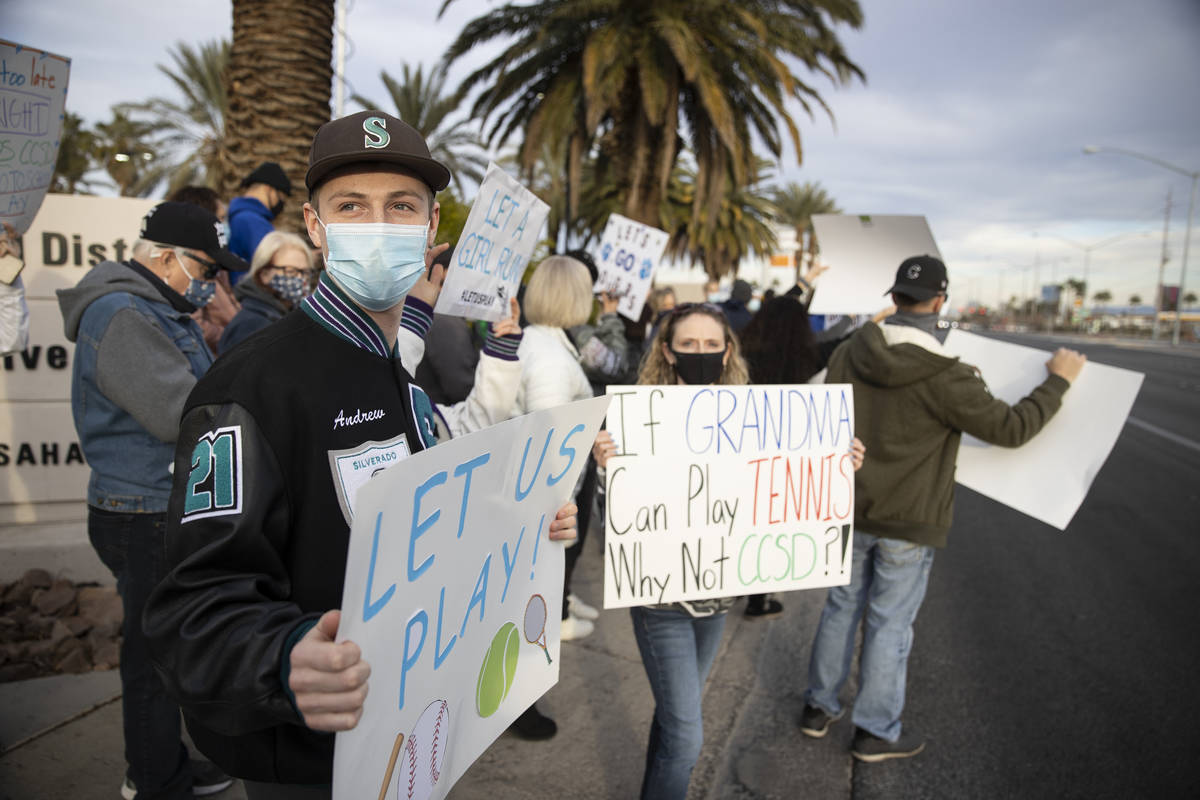 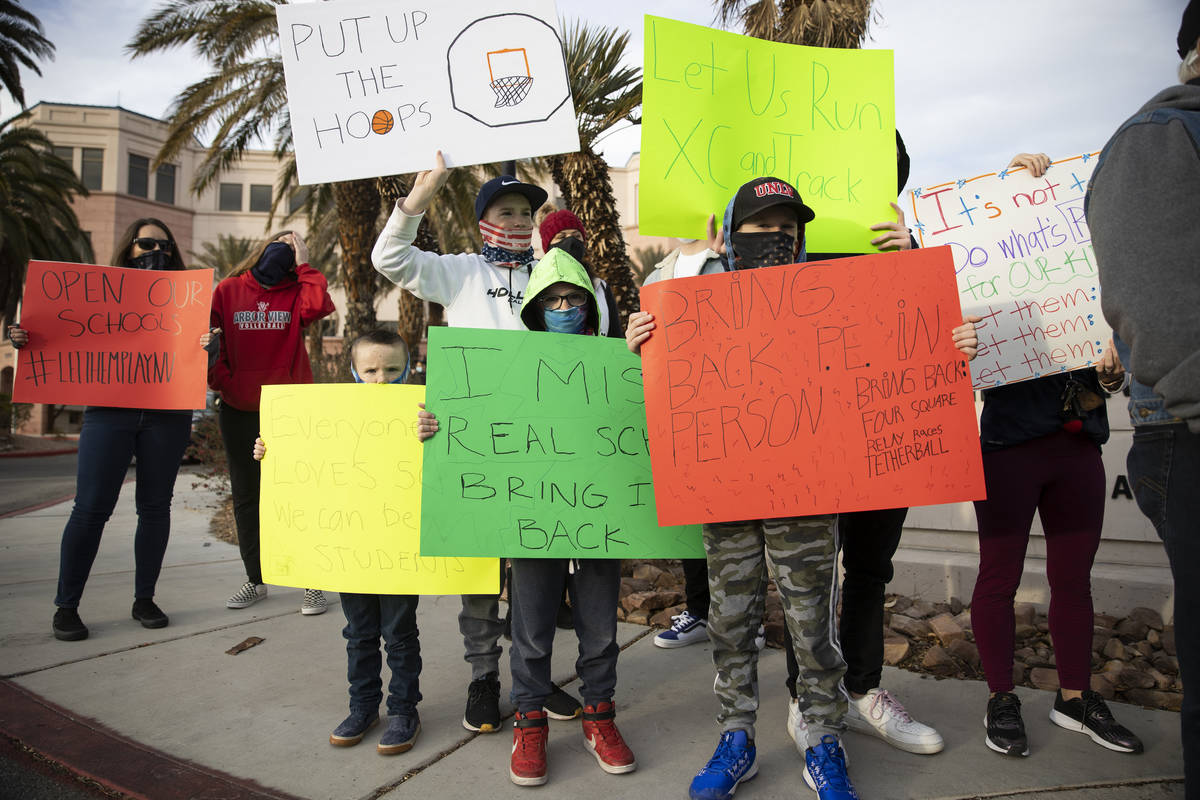 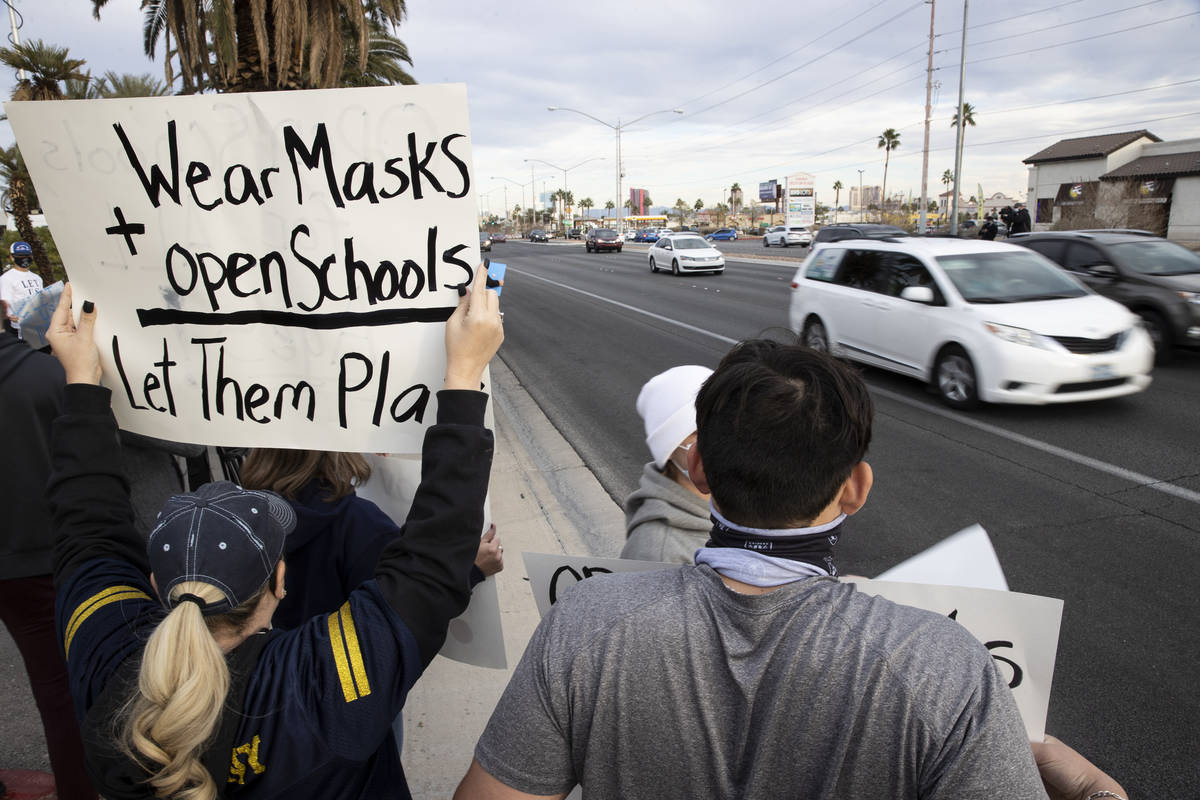 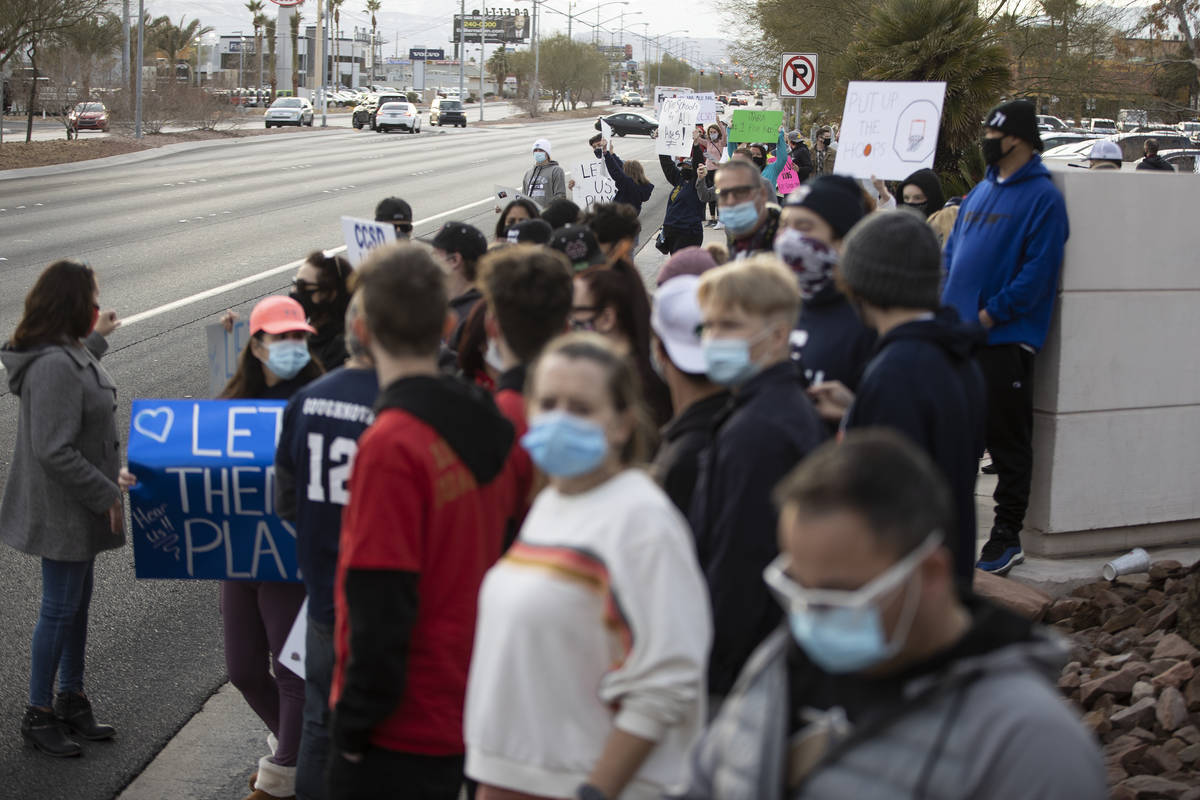 A group of about 75 high school athletes and parents gathered on the sidewalk in front of the Clark County School District administration building Thursday.

For about an hour, they protested the CCSD’s decision to cancel the winter and fall sports season because of the coronavirus pandemic. Some held signs, and occasional chants broke out, mostly with a simple message of “Let them play.”

“When all the parents got word that they were canceling the winter and fall seasons, that’s a tremendous loss for our children, especially our seniors,” said Anna Binder, a parent who helped organize the protest. “As more parents were catching wind of that, the frustration in the community started coming out, and the kids started speaking out. After all, they’re the ones eating it all.”

Many drivers passing by responded with their approval to the protesters by honking their horns, and the group at one point turned to address the CCSD administration building directly.

The Nevada Interscholastic Activities Association in July moved all high school sports seasons to the spring semester. The winter season was scheduled to run from Jan. 15 to Feb. 20, followed by fall from March 5 to April 10 and spring from April 16 to May 22.

The CCSD has pulled its member schools out of competition for the winter and fall seasons — refusing to waver from its position of needing students to be in school before allowing sports to resume.

Staci Maxwell, a teacher at Silverado, said she’s ready to get back in the classroom, even if that’s in a hybrid model that would help keep larger CCSD schools from being overcrowded.

“We want to go back to school, and we want our kids to play sports,” she said. “It’s looking like they’re not going to let our middle school and high school kids come back, and schools all over the country are playing sports while their kids have been virtual (learning). There’s no reason why we can’t.”

For Silverado seniors Aubrey Bucher and Maxwell’s son Andrew, the loss has been felt and can only grow if the spring sports season isn’t contested. Bucher said she has one scholarship offer to run cross country in college, but could have received more if she had the opportunity to compete in her senior year.

Baseball season was just getting started when it was shut down in March, and Maxwell was hoping to earn a baseball scholarship but is now worried he will lose half of his high school career.

He lost his senior tennis season with the fall sports cancellation and fears no one is listening to the athletes’ concerns.

“It just feels like we’ve been going around and around in circles for the past year, and nobody’s bold enough to make something happen,” Andrew Maxwell said. “It’s just been really frustrating.”

Bucher said sports is the reward that keeps many athletes engaged in the classroom. Without that incentive, grades have suffered.

“A lot of people are getting Fs,” Bucher said. “A lot of the athletes I knew aren’t even trying in school anymore. And they’re not even practicing. I run as much as I can. I run all the time, but it’s really difficult to stay motivated because practice after school is what keeps me going with school in general.”