It was only two months ago that Basic High’s baseball team won 19 games in a row to close out the spring season and claim the school’s first state baseball title in 29 years.

The top-seeded Blue Sox (19-3) will start their quest for another celebratory dog pile when they meet Liberty (7-15), the No. 8 seed, at 8 p.m. Saturday in the opener of the double-elimination tournament at UNLV.

“I expect a tight game. I know some of the records show a big margin of difference, but in the playoffs you never know,” Basic coach Scott Baker said. “Liberty does have a couple big arms so we’re going to respect them just as much as we’d respect anyone else.”

Fourth-seeded Centennial (14-8) will meet the No. 5 Silverado Hawks (12-10) at 5 p.m. to start the tournament, which concludes July 30. The winner advances to the Western Regional in Boulder, Colorado.

Baker hopes his veteran team will be the state’s representative.

“We brought most of our players back (from the spring),” Baker said. “We’re considered an older team for legion standards. We also brought a couple of college kids back. The carryover is because of that.”

Before losing 6-4 to the Desert Oasis Aces on Monday, Basic had won 17 straight games in the legion season and sat atop the standings for most of the summer. But it wasn’t always so smooth.

The Blue Sox started the season 2-2, losing to Durango Post 76 and the Las Vegas Knights in consecutive games on May 29 and June 1. Then the team went undefeated for a month-and-a-half in the 10-team gold league, thanks in large part to Jack Wold’s hitting and Trent Bixby’s pitching.

“I wouldn’t say it was expected, but we’ve been playing well lately,” Baker said. “They just started doing things right — going back to the basics and doing it the right way. Early in the summer, after the spring season, it was an easy spot to get lackadaisical and go through the motions. But they realized it was time to go.”

Wold is second on the team in batting average at .437. He also has eight home runs, 19 doubles and 59 RBIs for Basic.

“The usual suspects,” said Baker, laughing. “Jack’s having a monster summer. J.J Smith is having a good summer with (a team-high) nine home runs. Ryne Nelson also is doing great.”

Baker, who also coaches in the spring, doesn’t take the recent success for granted. He just hopes it lasts a little bit longer.

“It’s great for Basic, the community, the city of Henderson,” Baker said. “It’s been a long time.

The NIAA Board of Control has approved the alignment and playoff formats under which schools will play for the next two school years for fall sports. 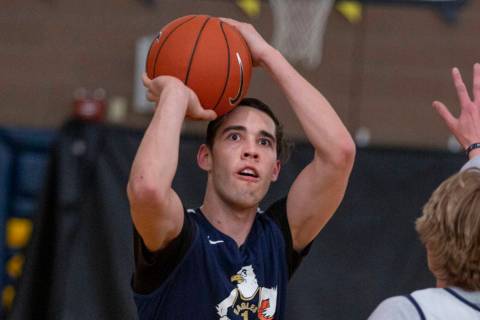 Boulder City junior Ethan Speaker, a 6-foot-6-inch wing, is averaging 24.7 points and 10.2 rebounds and has caught the attention of Division I basketball coaches.

Liberty’s Julian Strawther scored 25 points in Friday’s 79-52 win over Tech, and a 3-pointer in the first quarter put him over the 2,000-point mark. 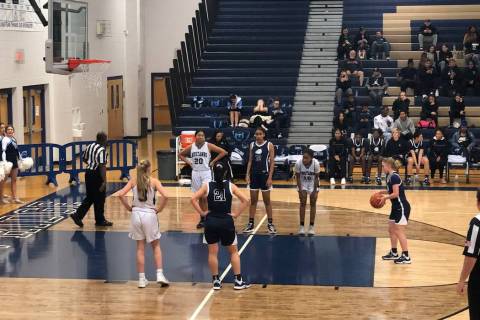 The Bulldogs navigated the most treacherous part of their schedule without standout guards Taylor Bigby and Daejah Phillips, who both sustained ankle injuries last month.

Jaden Hardy scored 26 points and had a bevy of highlight-reel passes that led to easy shots for teammates, and Coronado ran away for a 100-86 win over Liberty.