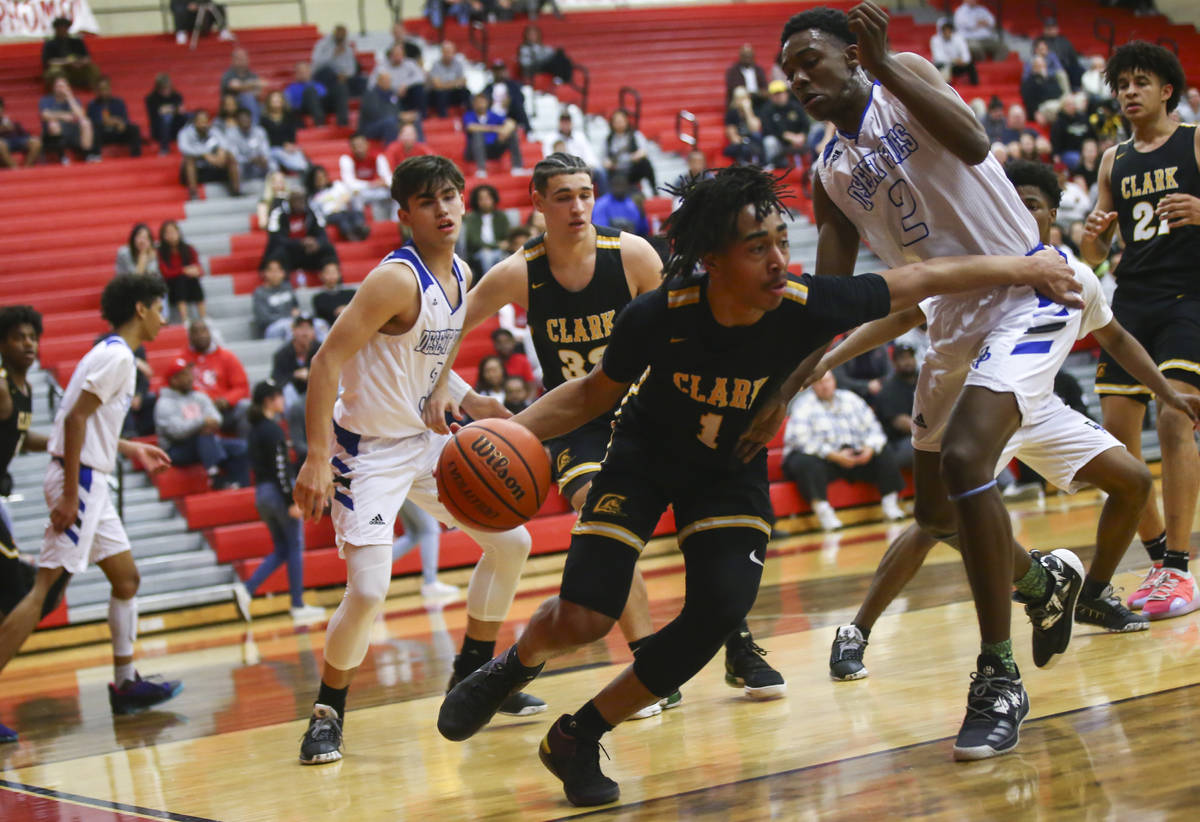 Winter sports, which include basketball, bowling, flag football and wrestling, were scheduled to begin practice Jan. 2 with competitions scheduled from Jan. 15 to Feb. 20.

“The District will not participate in any season one winter sports … for the 2020-21 school year,” a CCSD statement said. “As a reminder, all schools are to remain closed for athletic purposes.”

A call seeking comment from CCSD athletic director Tim Jackson was not returned. A memorandum about the cancellation was sent to CCSD schools last week, but the official announcement was made during an administrators meeting Tuesday.

Almost all CCSD schools have been distance learning since March, and there are no plans to return to in-person learning or a hybrid model until January at the earliest.

There has been no change to the status of the fall or spring sports seasons. The fall season is slated for games from March 5 to April 10, with the spring season set for April 16 to May 22.

“It was something we all knew could have happened, but we were hoping it wouldn’t,” said Laurie Evans, Desert Oasis High athletic director and girls basketball coach. “When the district’s decision on hybrid learning was delayed, we were hoping the season would be delayed instead of canceled completely. The athletes and coaches are heartbroken that the decision was to cancel it.”

Basketball and wrestling faced an uphill battle to be played this school year, since Gov. Steve Sisolak’s directive regarding high school sports lists them as “close-contact” and prohibited until further notice. Flag football and bowling can still be played under the directive.

Moapa Valley is the only CCSD school that has had in-person learning this school year. It was granted an exemption for a hybrid-learning model because of low infection rates in its area. Because of its in-school status, Moapa Valley would be able to compete in winter sports.

But because of the governor’s directives and not having a bowling team, flag football is the only sport it could play, and finding competition would be a challenge.

“We are having kids come to school, so it comes down to who do we play and what sports are allowed to play,” Moapa Valley athletic director Dallas Larsen said. “The kids and the community are excited for the chance to play. They were excited to get the kids back in school.”

Like CCSD, the Nevada Interscholastic Activities Association requires its members to have in-person or hybrid learning to compete in athletics.

Most of the valley’s charter and private schools don’t fall under the purview of CCSD, but they are NIAA members. The CCSD decision affects them because most of their competition comes from the district’s schools.

Bishop Gorman and Faith Lutheran, the city’s two largest private schools, have had in-person learning this school year. Because of that, they could compete against other NIAA schools, but neither has announced a plan for winter sports.

Some basketball teams have traveled out of state to compete as a club team throughout the fall, and that will probably continue with the school schedule canceled.

“We can drive two hours north or south to play but not in our own town,” Evans said. “That’s frustrating, too. I’m glad people are finding ways to play, and I think that’s important.

“But school pride is missing for all of us. To have that taken away is tough, but we support any decision the district makes because they’re going to do what’s best for kids.”