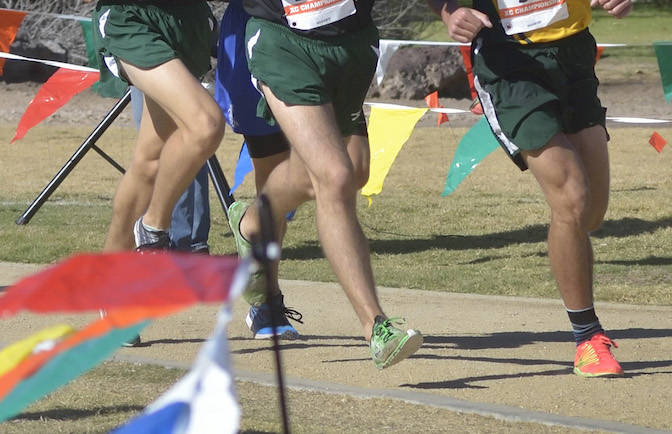 The Diamondbacks senior may even have a standing reservation there.

Nicholas picked up his fourth victory in an invitational meet this season by capturing the large-school race of the Lake Mead Invitational on Saturday at Veterans’ Memorial Park.

Arbor View’s Noah Ayala finished third in 16:40.6 and helped the Aggies to the team championship.

Arbor View finished with 74 points, four fewer than Desert Oasis. Centennial was third with 82, and Shadow Ridge took fourth with 101.

In the boys small-school race, Valley’s Christian Franklin continued his strong season with his sixth victory.

His efforts helped Valley finish second in the team competition Saturday. Pahrump won the small-school race with 56 points. Valley had 72, to hold off Somerset-Losee (75) for third.

Desert Pines’ Jazmin Felix ran away with the girls large-school race, winning in 19:16.3.

In the girls small-school race, the duo of Shelby Olson and Emma Humes helped Moapa Valley to the team championship.