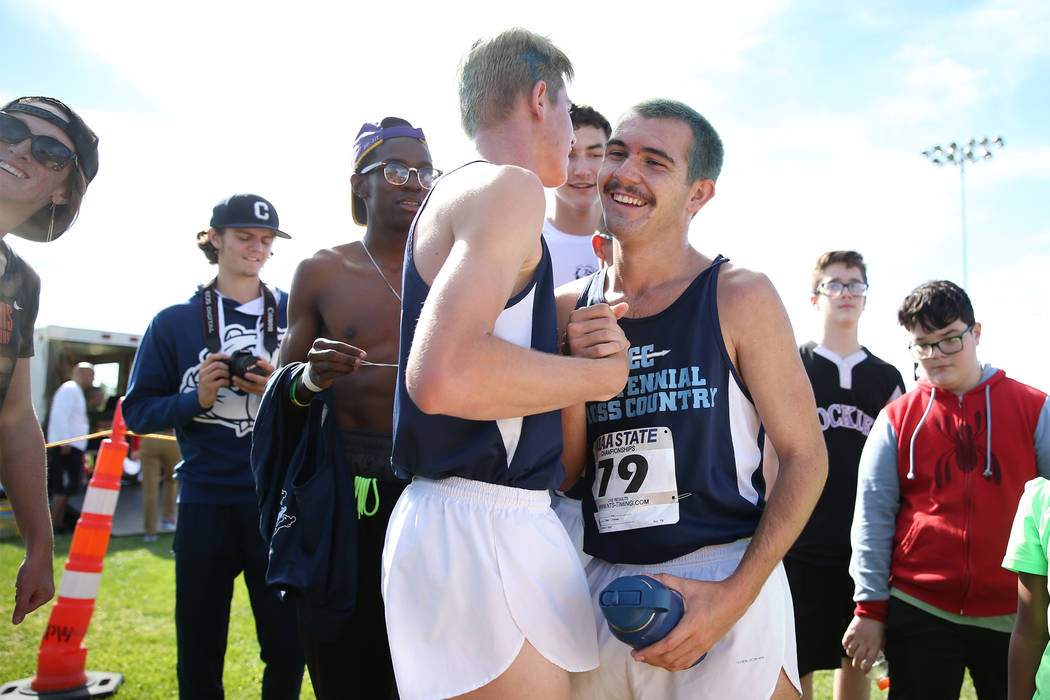 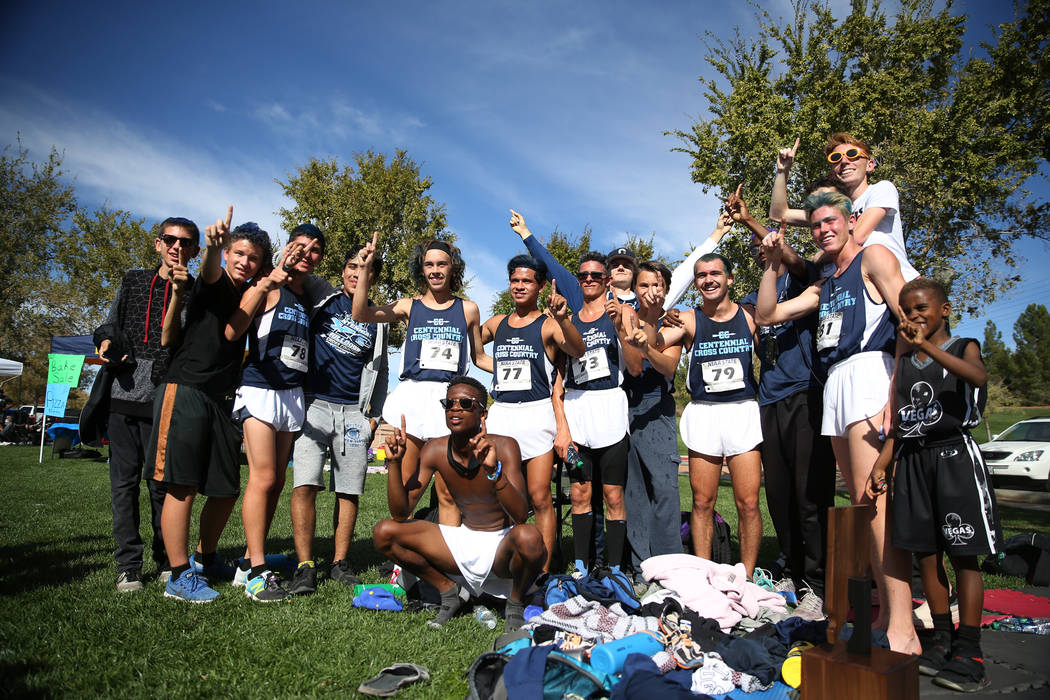 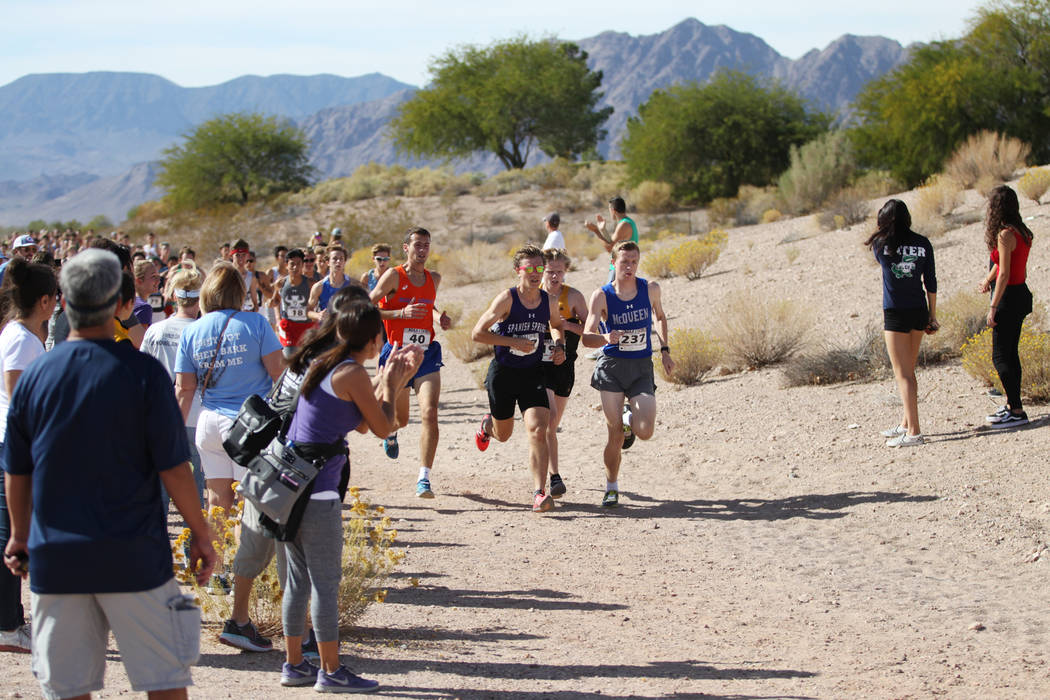 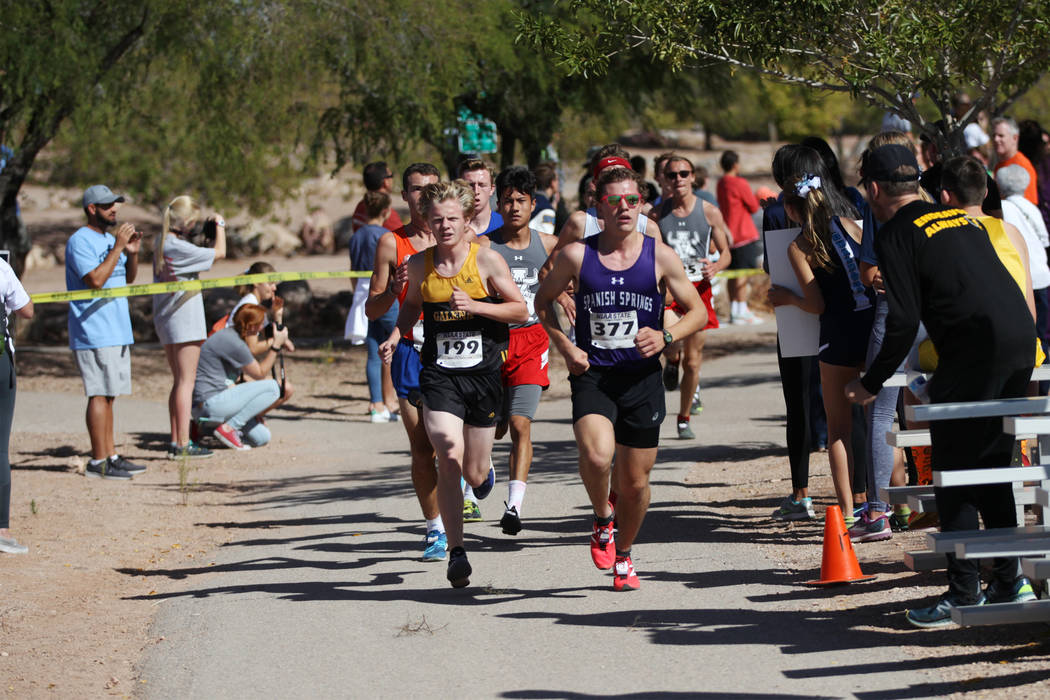 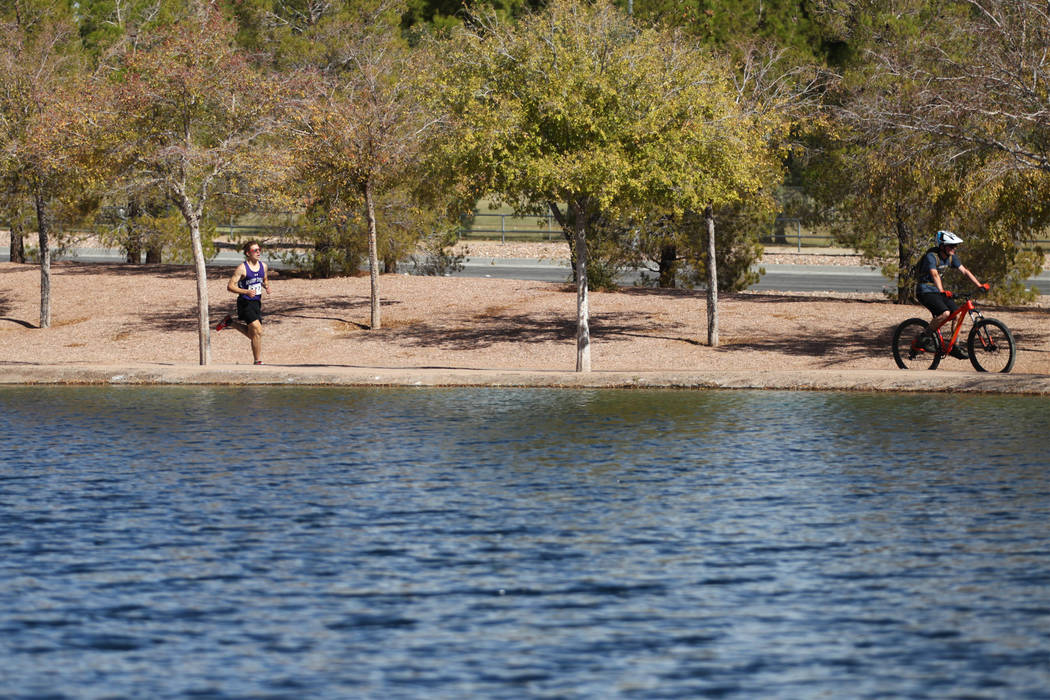 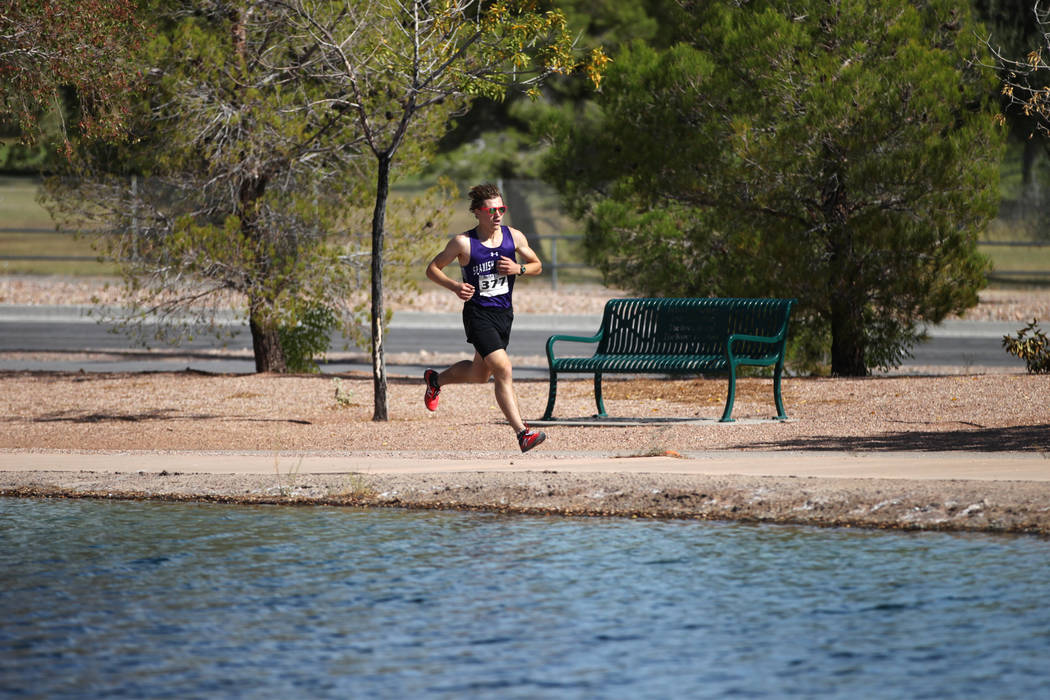 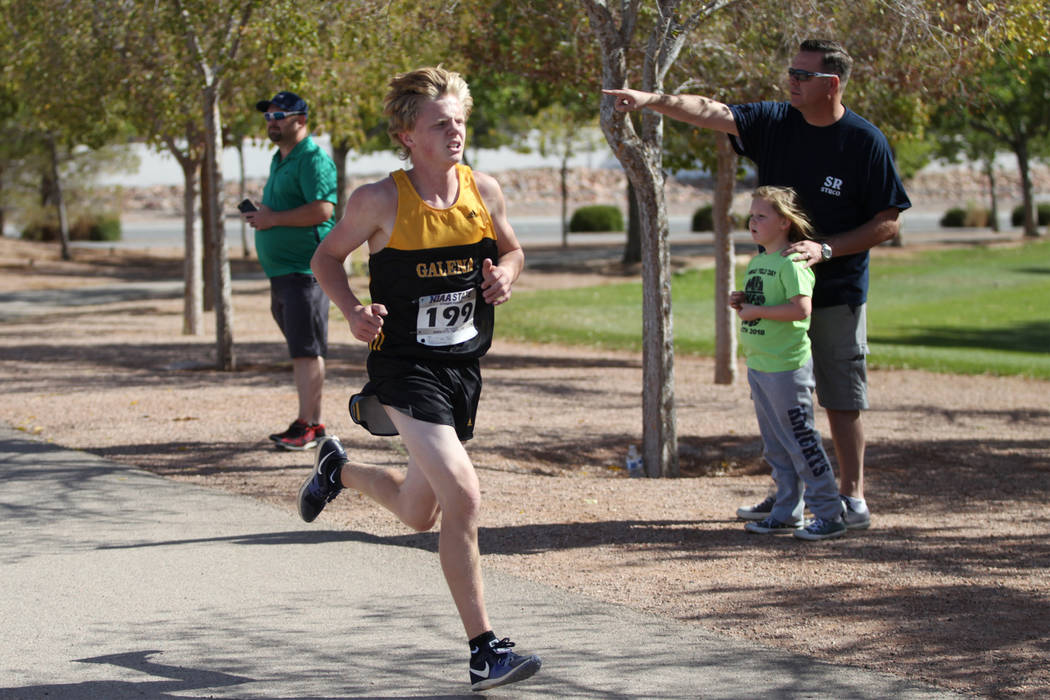 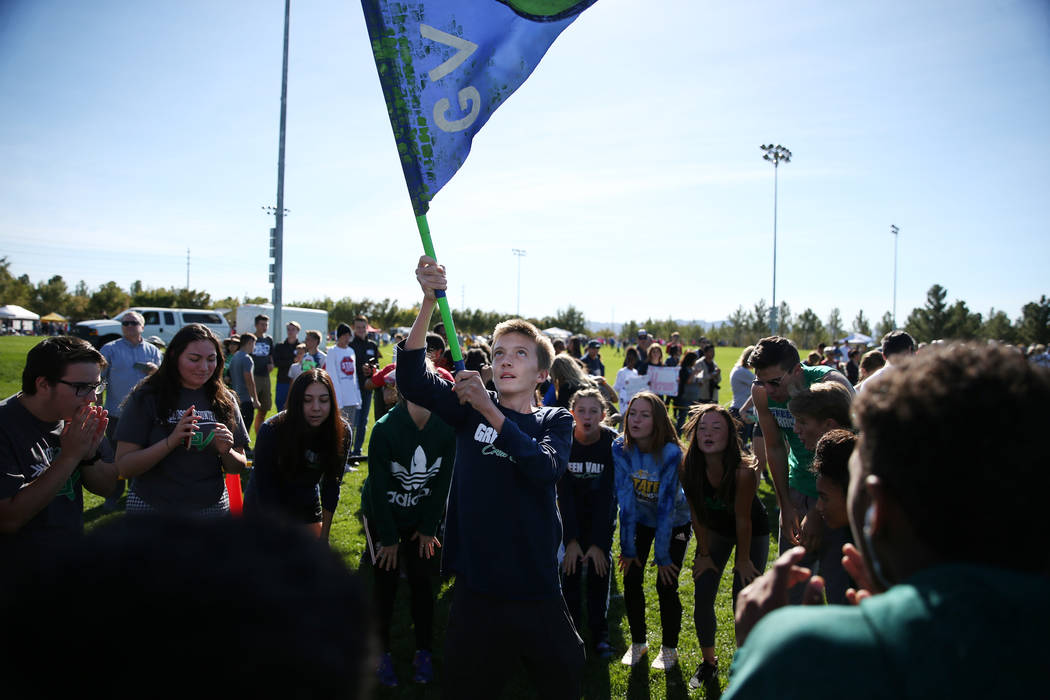 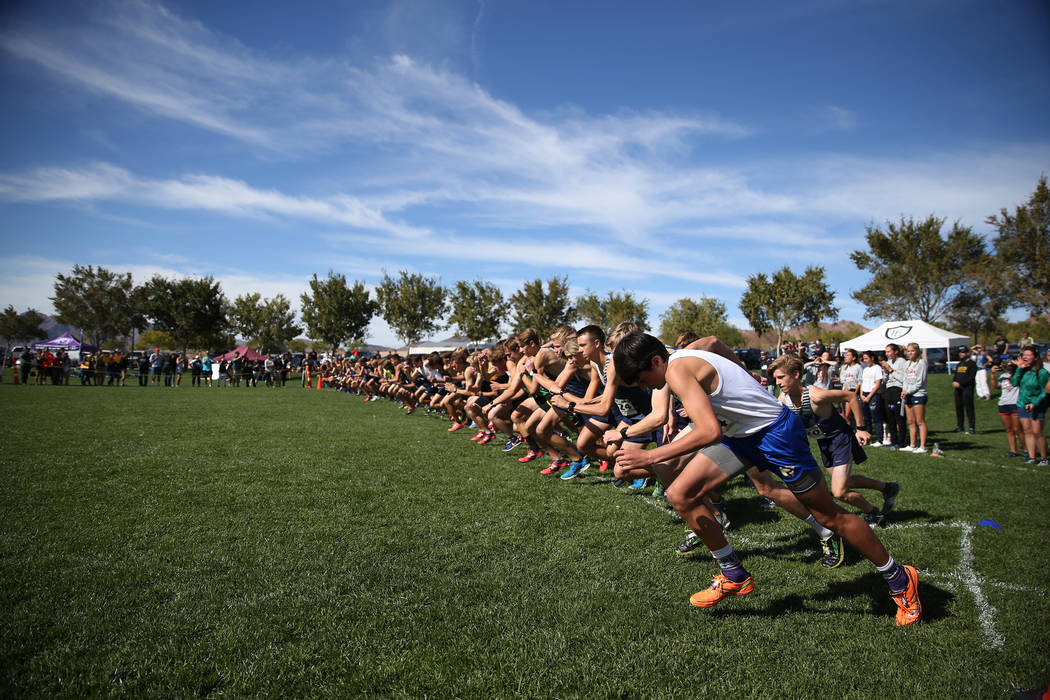 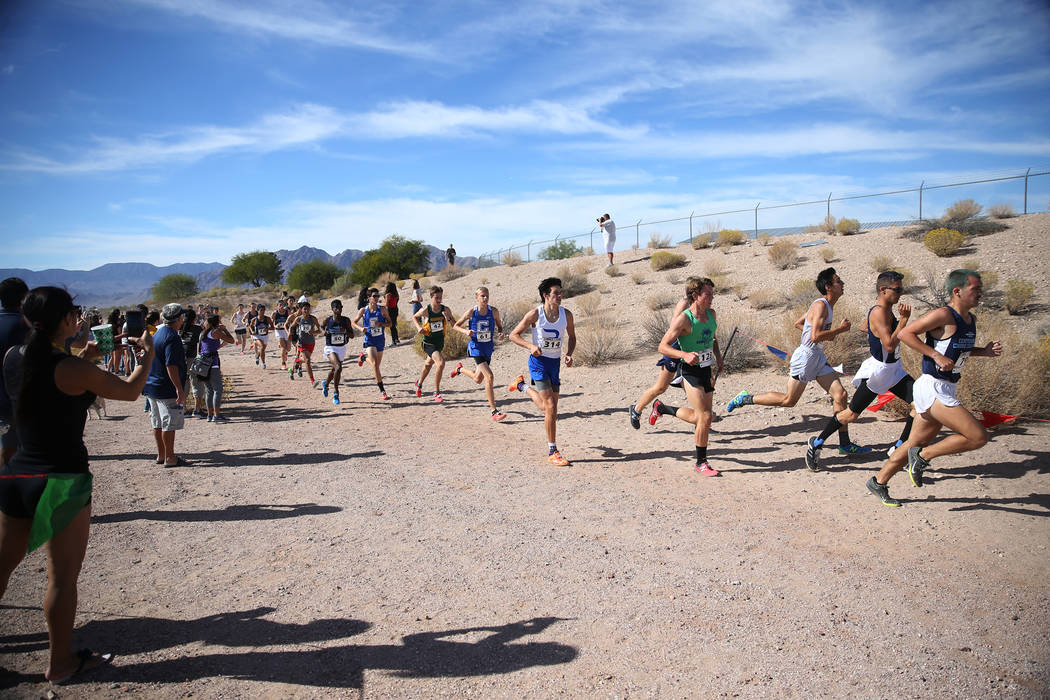 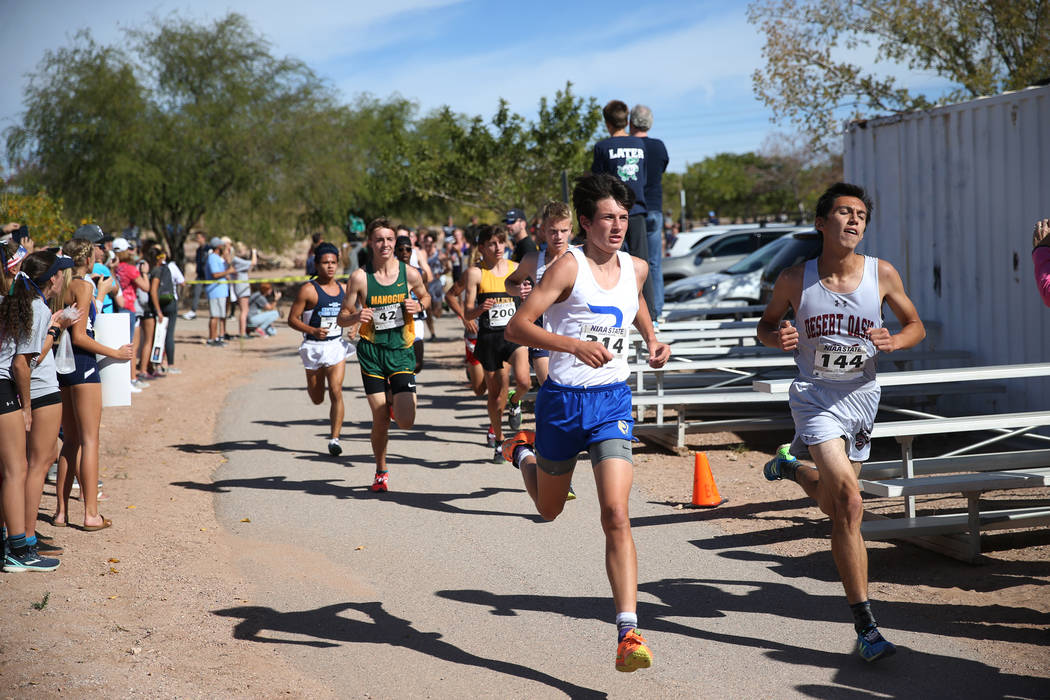 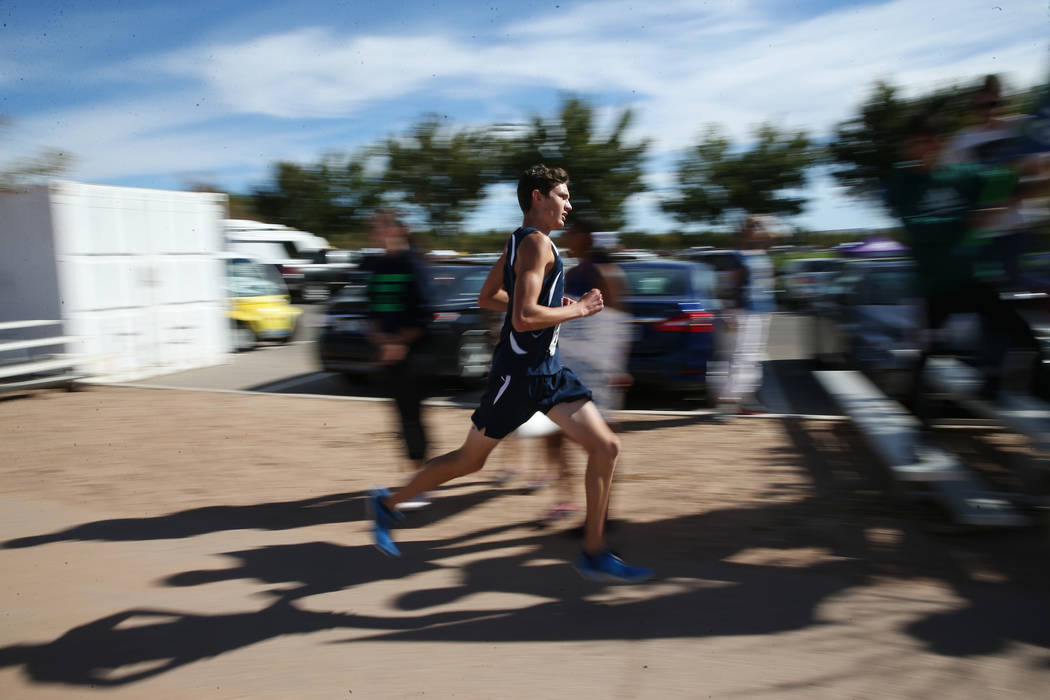 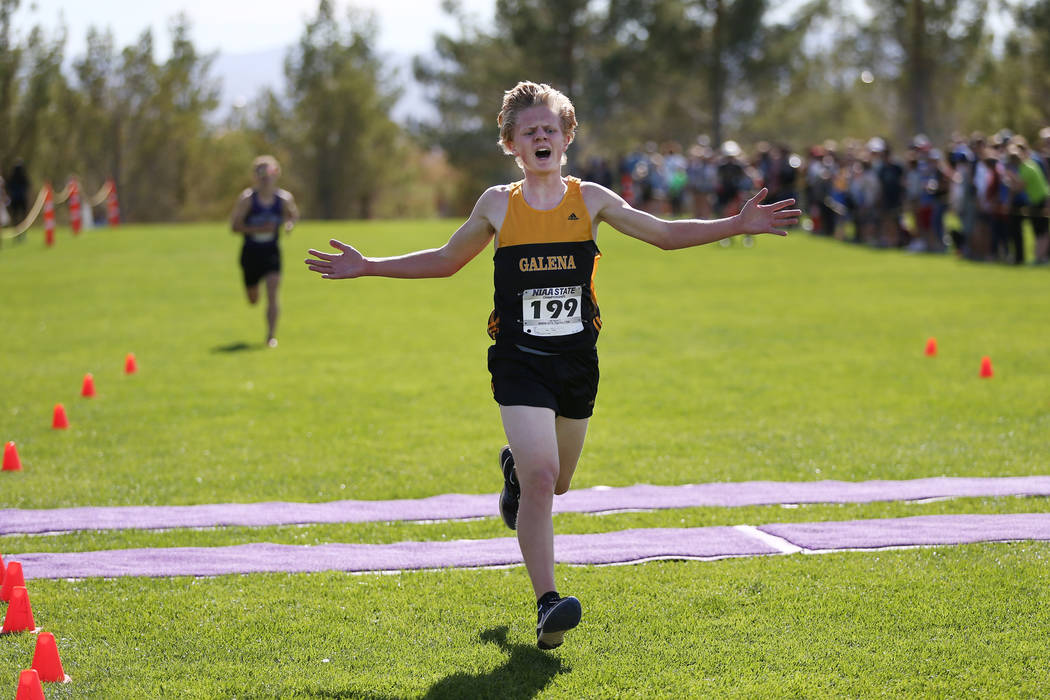 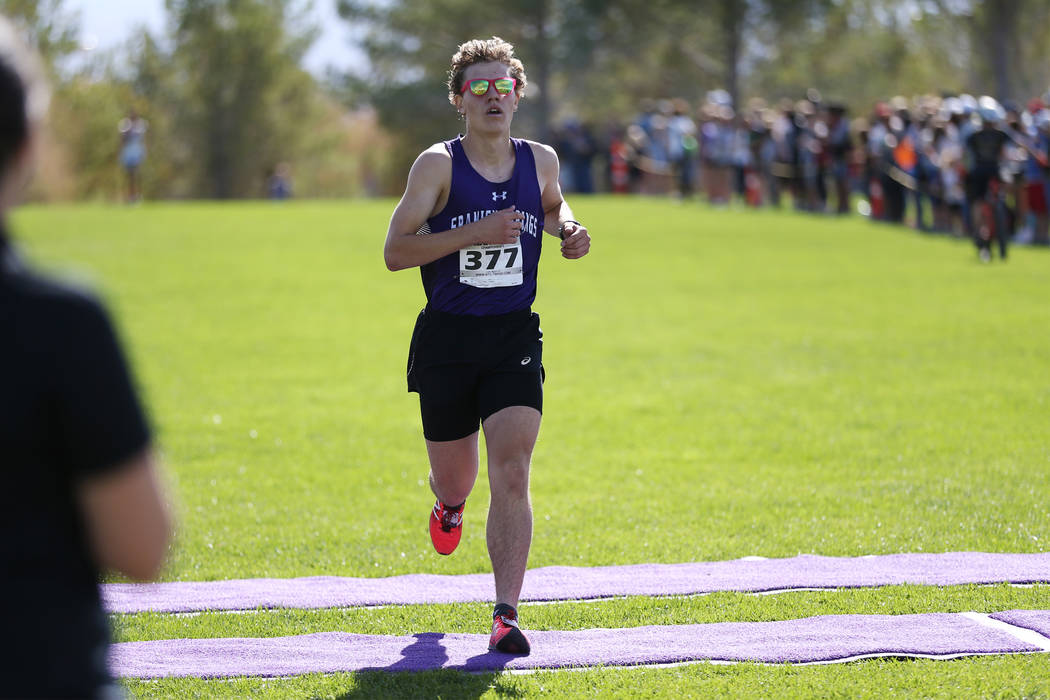 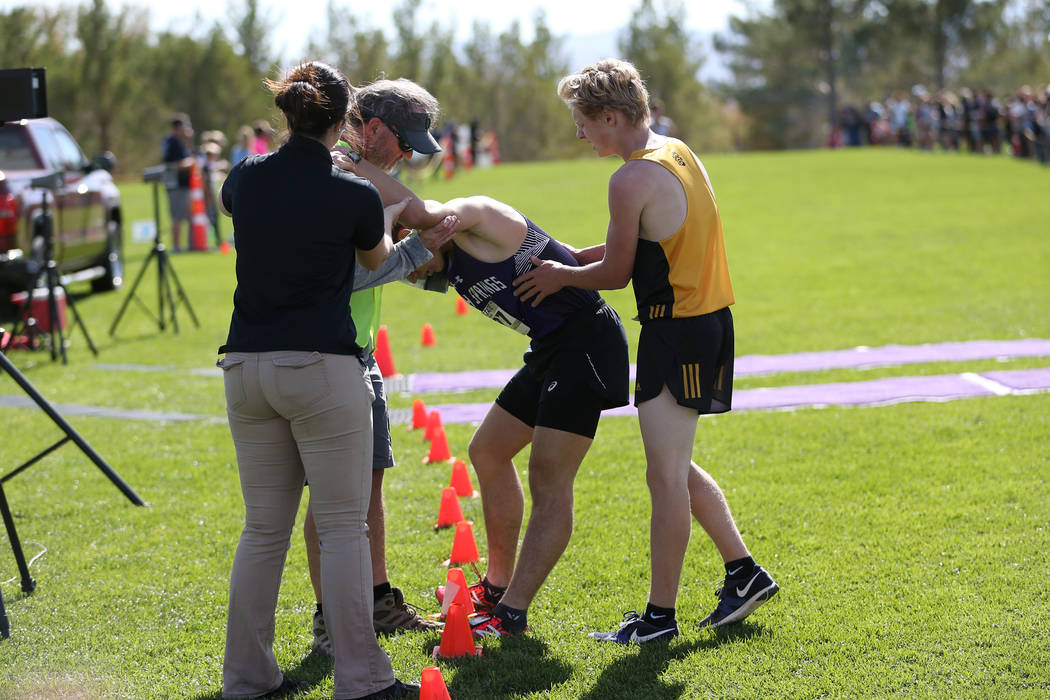 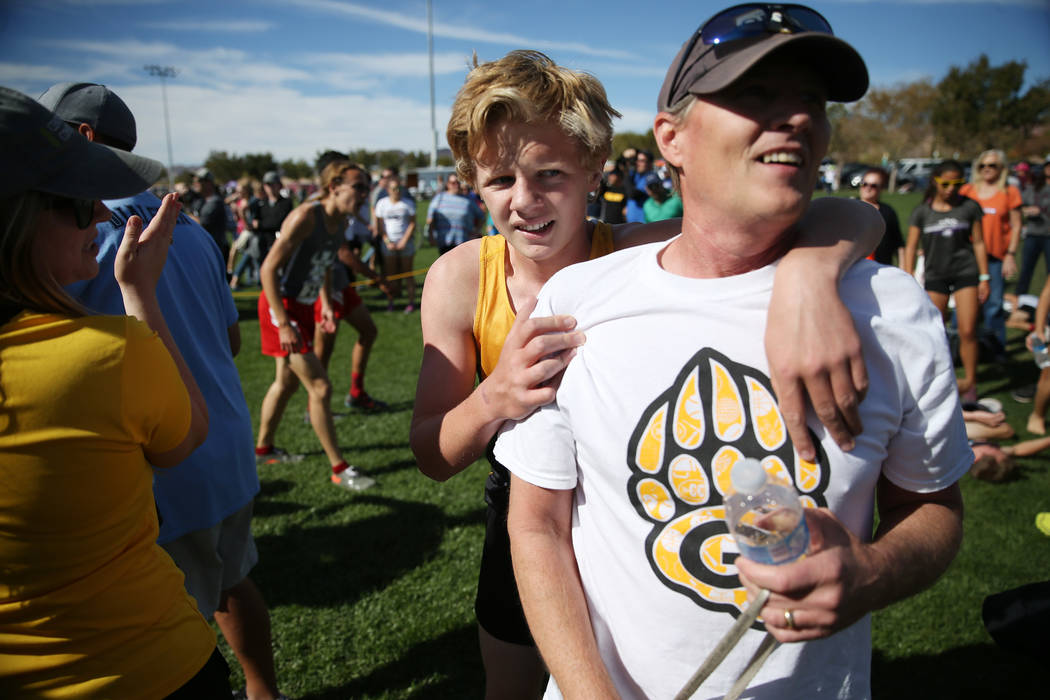 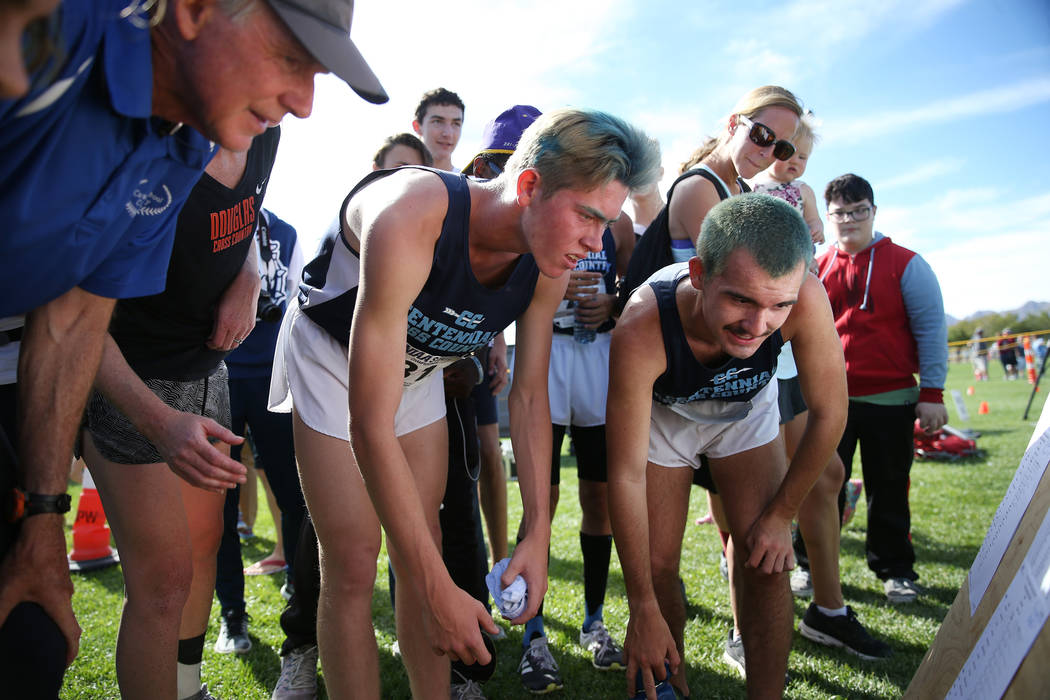 Christian Franklin remains in the learning stage when it comes to competing in cross country — which is a scary thought to many opposing state cross country coaches and runners.

The junior jumped to an early lead and never looked back, crossing the finish line in 16 minutes, 22.2 seconds over the 3.1-mile course at Veterans Memorial Park. Franklin’s time was the best of the day among the three boys races and more than half a minute better than any of his 3A competitors.

“My expectations (going into the season) was just to get a good experience and take something for track and field season,” Franklin said. “But, I realized I was doing well and eventually I wanted to be the fastest over anybody else regardless of classifications.”

Franklin took the lead within the first mile with only Moapa Valley freshman Preston Humes sticking close to him. However, Franklin then pulled away by a few meters by the end of the first mile and kept going from there. Typical for him, Franklin even sprinted the final 75 meters though no one was within sight behind him.

“It was all about practice and preparation,” said senior Alexander Miller, who was the top Bulldogs finisher in eighth place. “We have been training hard all season, getting up at 5:30 a.m., and working to get better. There was no pressure today because we did all the hard work beforehand and we just went out and ran.”

In the individual race, Spanish Springs’ Daniel Horner went out quickly in hopes of rebounding from the Northern Regionals meet when he collapsed while leading the race in the last half mile. A large pack did go with him at first, but eventually he took the lead over with Northern Region champ Matthew Gordon of Galena, next. Third place then became a battle between Desert Oasis’ Conner Nicholas and McQueen’s Matthew Rice.

“I wanted to run with Horner, but he took off so fast, I never could catch up,” Nicholas said. “I am still fairly happy with third place.”

North Tahoe scored 37 points to win the state crown with Sierra Lutheran (74) and Silver Stage (75) second and third. The Meadows was fourth with 104 points.