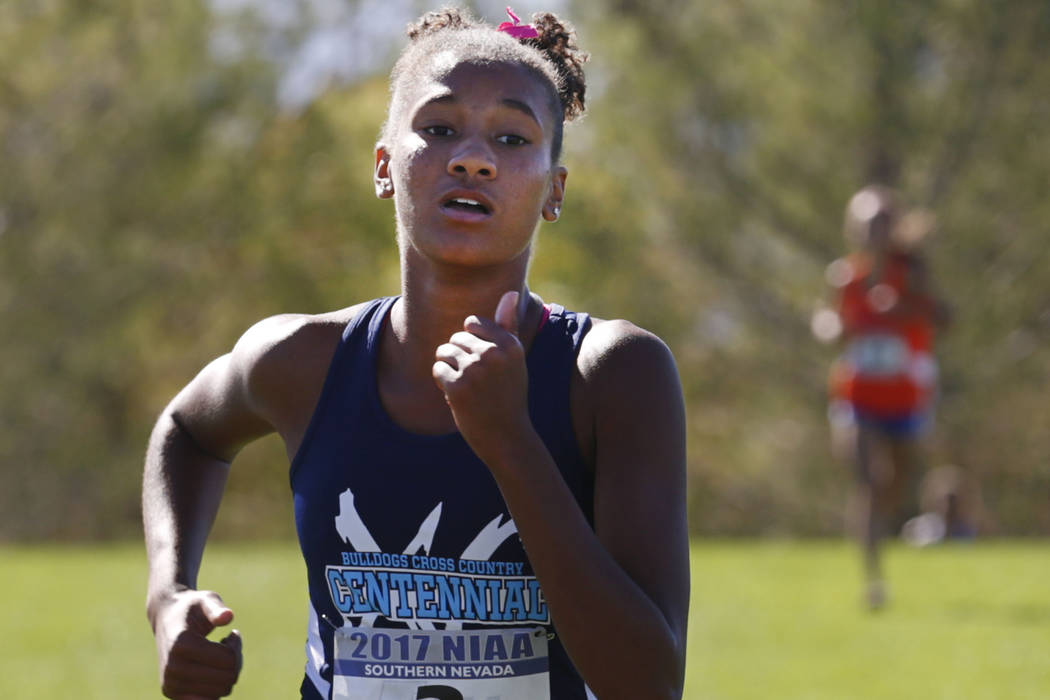 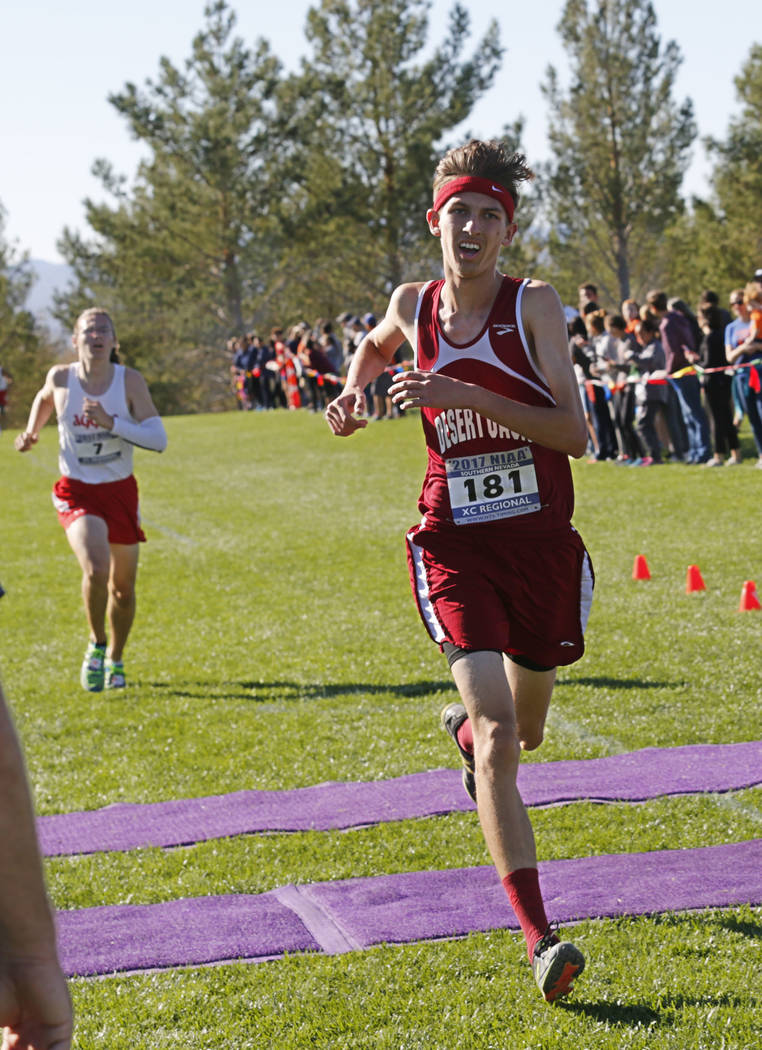 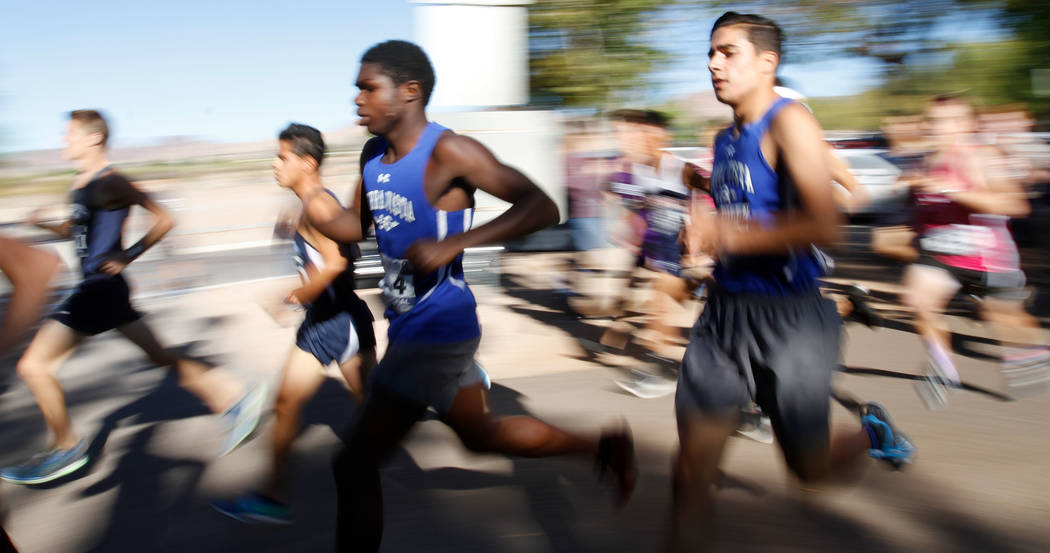 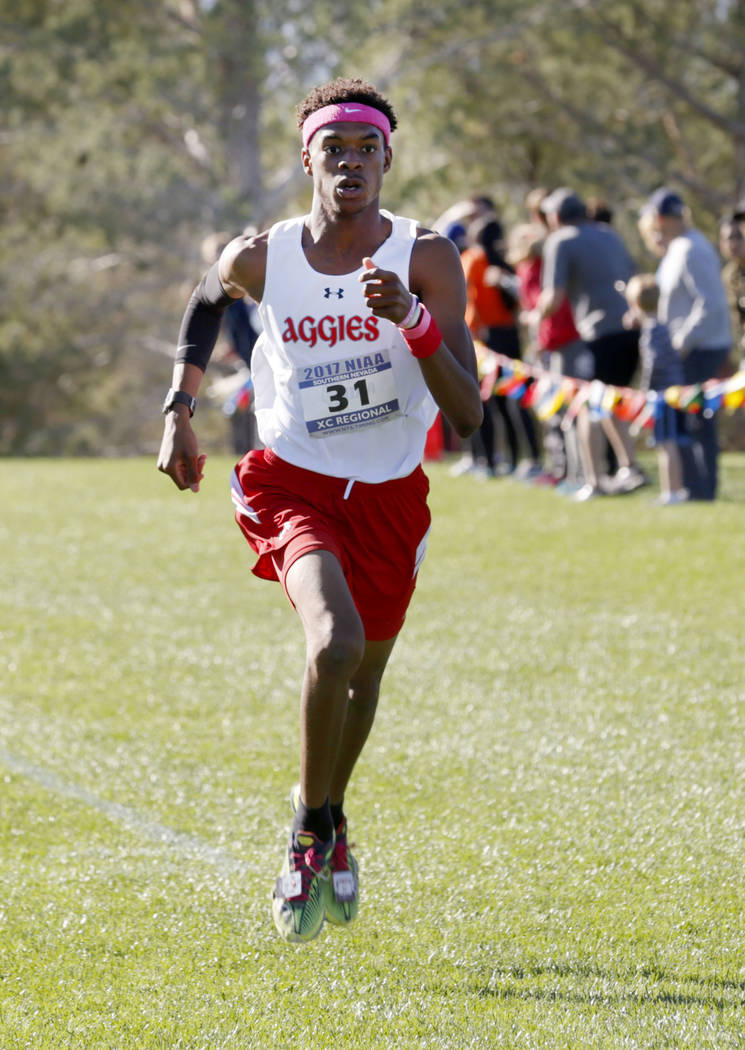 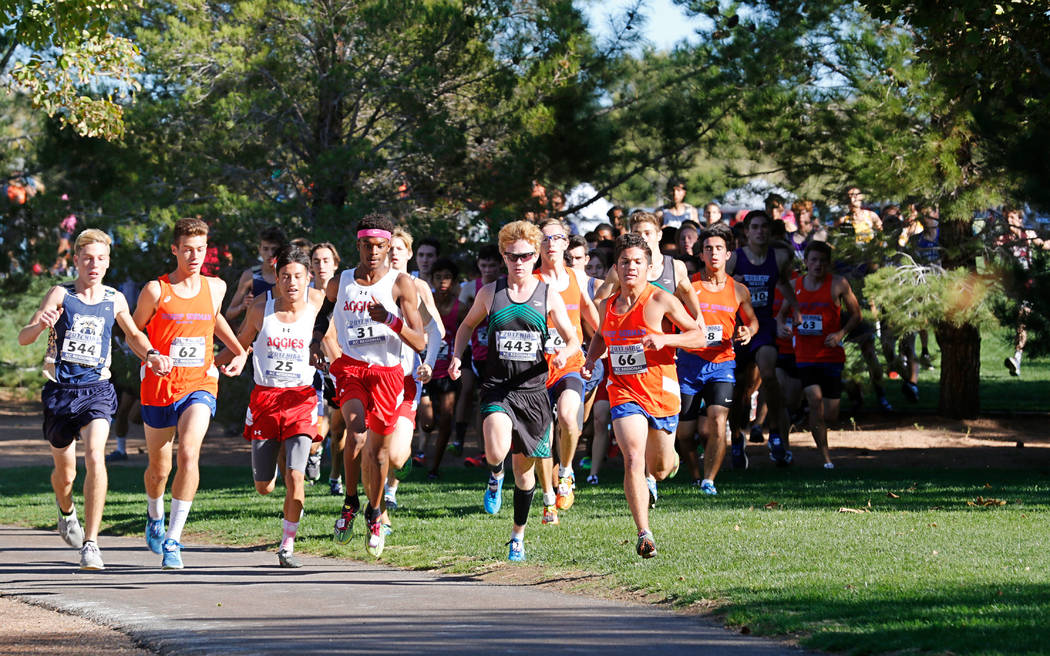 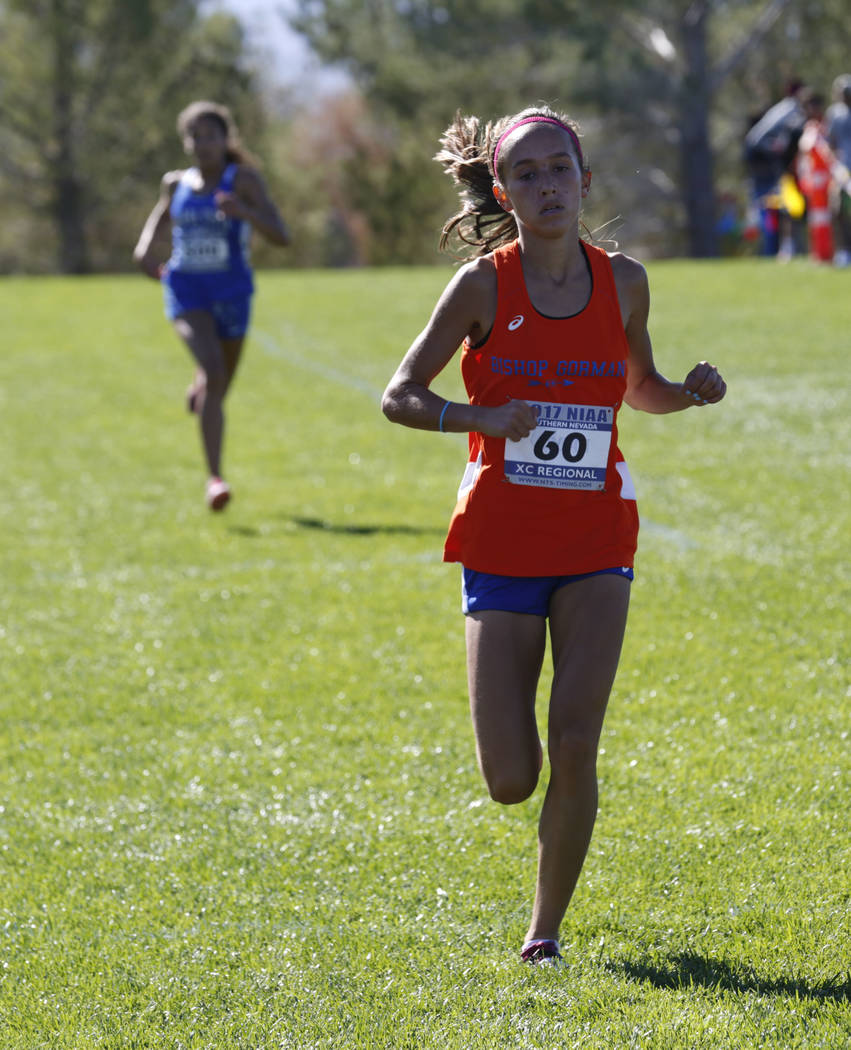 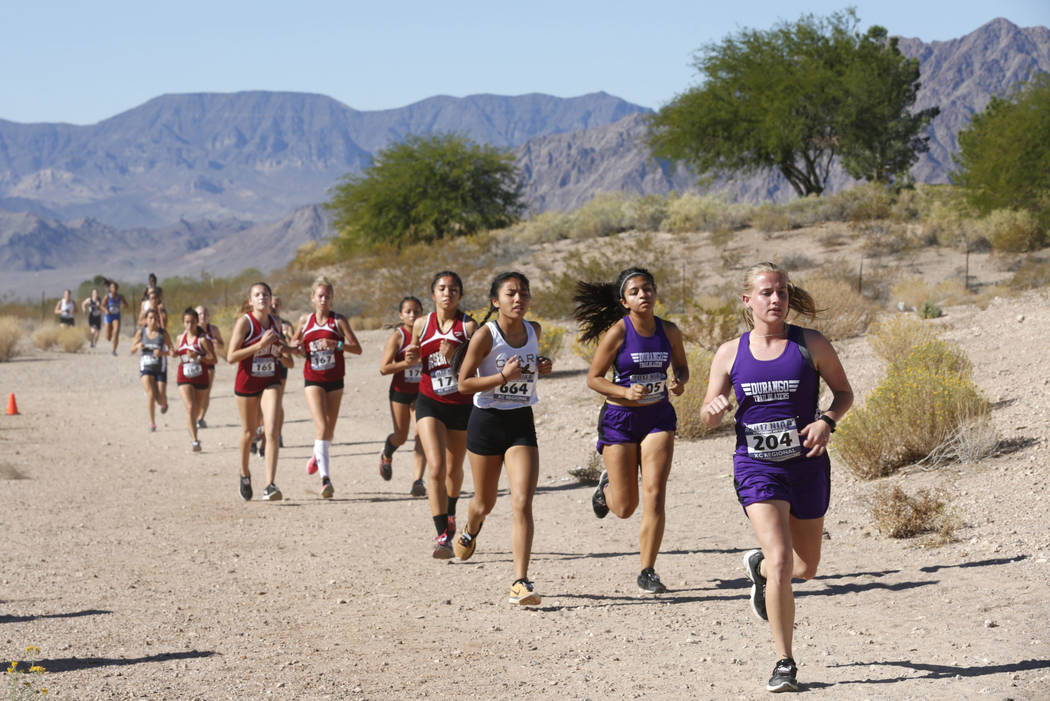 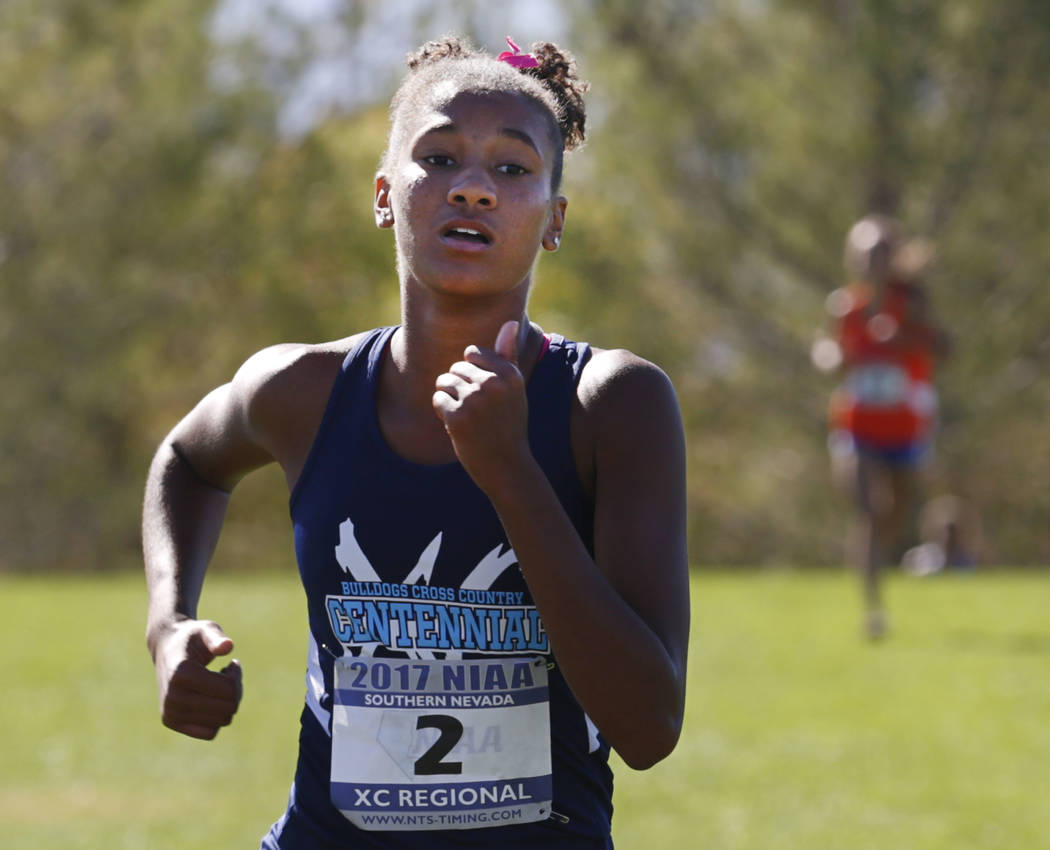 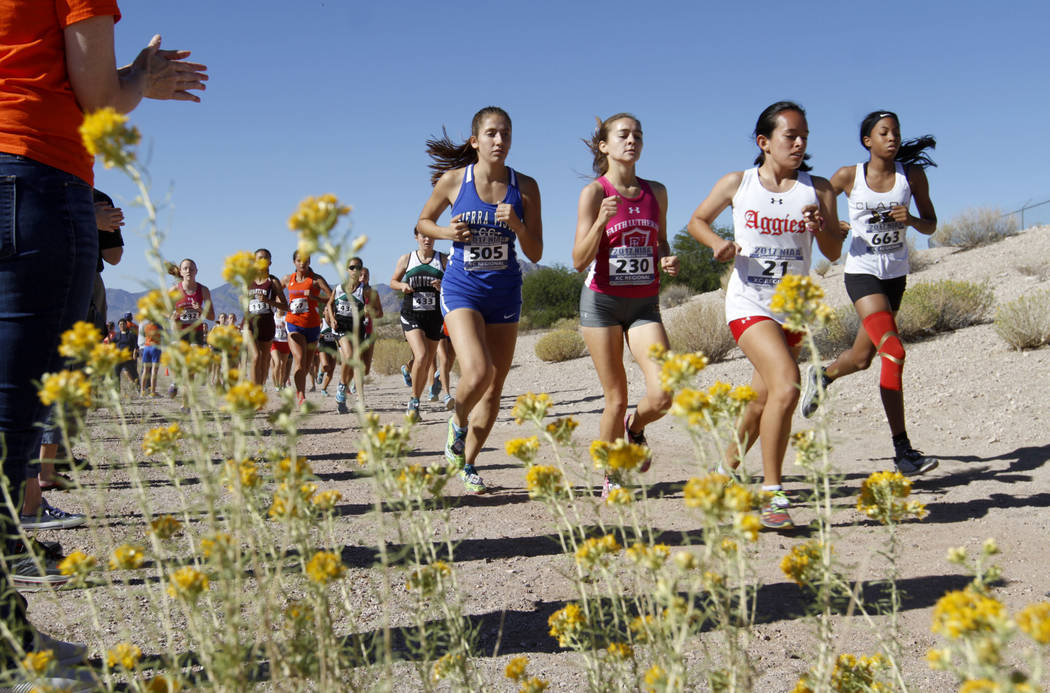 She’s still the best runner in the Class 4A Sunset region.

Centennial’s Kloe Littleman (fifth place), Josephine Ruggieri (seventh), Leslie Barba (10th) and Delani Dietrich (13th) teamed with Gourrier to help the Bulldogs secure 33 points and the team championship ahead of Gorman, which had 80.

Centennial coach Kisha Finch said her team pushes each other throughout the season, and creates a culture of competition within the program.

“They’re competitors as teammates, but they’re also friends,” Finch said. “It kind of helps to foster that relationship of pushing each other. That’s kind of how we teach them in practice.”

Arbor View senior Keith Williams joined Gourrier as a region champion by posted a time of 16:58 to win the boys championship.

Conner Nicholas of Desert Oasis finished in 17:10 for second place.

Williams, who grew up playing football and didn’t run cross country until his junior year, said he didn’t expect to ever win a region championship.

“I didn’t think I was ever going to run cross country, to be honest,” Williams said. “I got it done. I got the job done today.”

Jackson finished third, Ayala fourth, Parker 11th and Gutierrez 21st, and Arbor View coach Sheina Torres fought back tears when she talked about the strength of her group.

Here are some of the top performances from the week of Oct. 1-6.