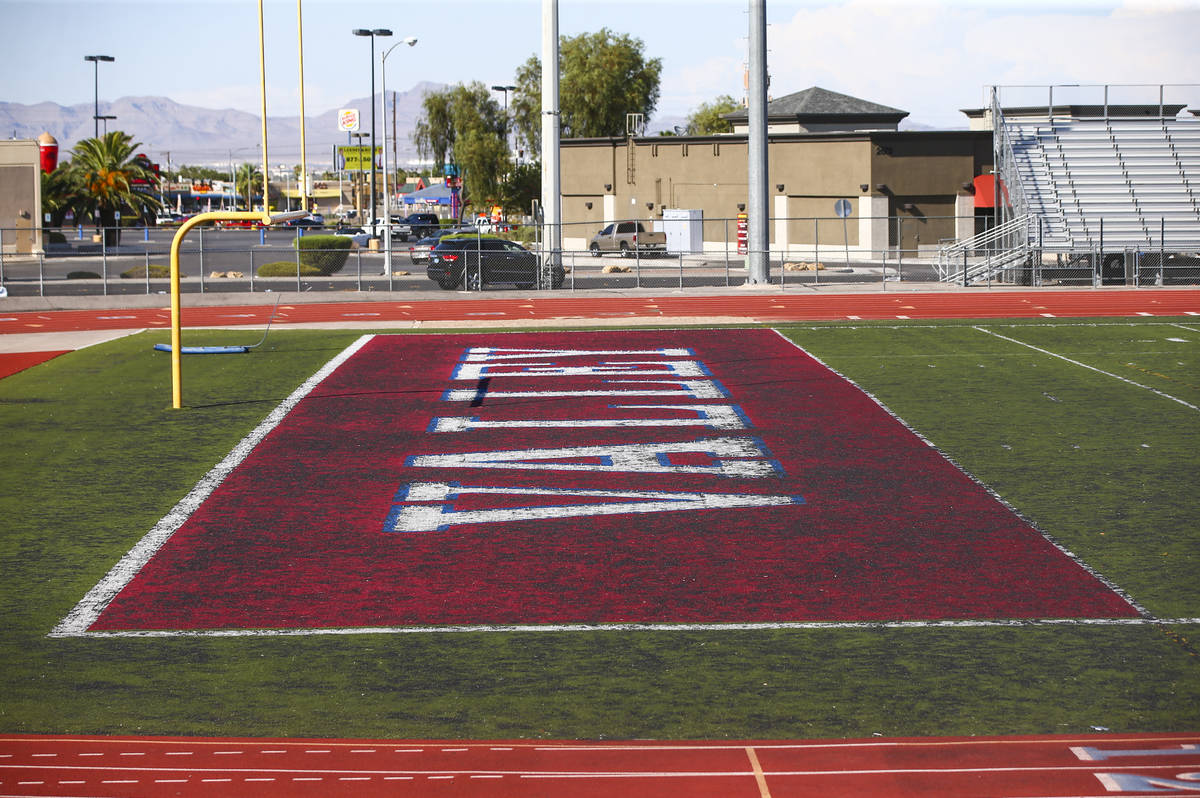 A view of the deteriorating turf at the footballl field at Valley High School in Las Vegas on Wednesday, Aug. 28, 2019. (Chase Stevens/Las Vegas Review-Journal) @csstevensphoto 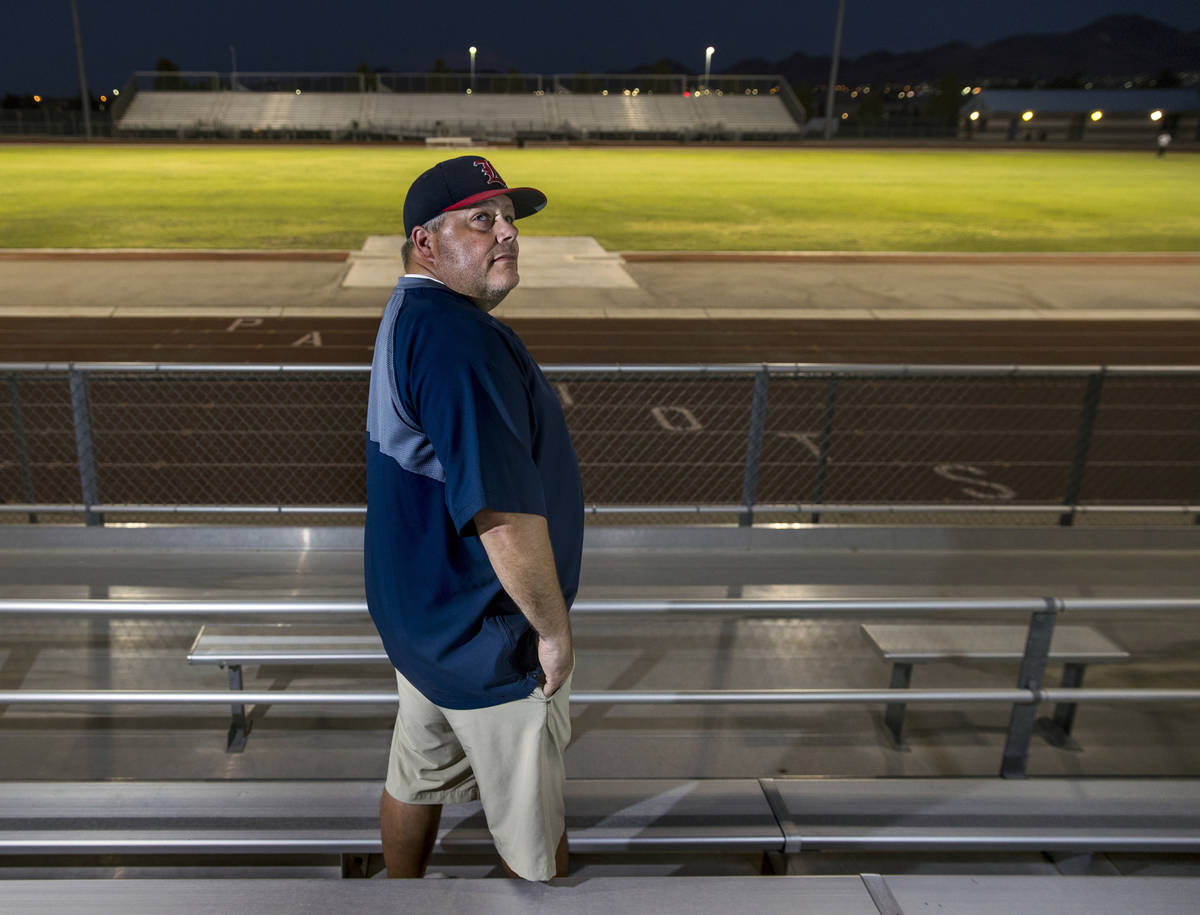 Football will not be played in the 2020-21 school year, the Clark County School District announced Friday.

CCSD athletic director Tim Jackson said in a statement that the fall sports season will be canceled because of the coronavirus pandemic. Other sports affected are cross country, girls golf, soccer, tennis and girls volleyball.

“I want the kids to play,” said Liberty football coach Rich Muraco, whose team is the defending Class 4A state champion. “I feel terrible for the seniors especially and the juniors, all the kids, not just that love playing the sport but have dreams and aspirations of playing in college. This is going to make that more difficult now. I’m not mad at anybody, I’m just disappointed in the situation.”

The Nevada Intercollegiate Activities Association announced in July its plan to have all three sports seasons — winter, fall and spring — played during the spring semester.

Each district within the NIAA is allowed to make its own decision on whether to compete, and the CCSD has been steadfast in its position that schools must conduct in-person classes before sports will be allowed to resume. The first spring sport competition is scheduled for April 16.

Legacy football coach John Isola was more pointed in his displeasure over the decision, noting that most states either have or are planning to play this school year.

“I think the state blew it. Forty other states figured (out how to play football), and Nevada didn’t figure it out,” Isola said. “The superintendent blew it, the governor blew it, they all blew it. If 40 states could figure it out, why couldn’t we have figured it out? Because you know who gets hurt? The kids.”

Not all neighboring states are playing high school football. Arizona and Utah played in the fall — with stops and starts via COVID-19 testing — but California and Oregon have yet to start.

Flag football is being played in Southern Nevada among non-CCSD members and Moapa Valley, the only CCSD school allowed to play because it is doing hybrid learning. Skiing began in Northern Nevada on Thursday. The NIAA said Friday it sent a letter to Gov. Steve Sisolak’s office before Christmas to have basketball and wrestling removed from the no-play list, but that request was denied.

Football also remains on the governor’s no-play list. Moapa Valley and non-CCSD schools, which include Bishop Gorman, Faith Lutheran and other private and charter schools, would be permitted to play all other fall sports under the current guidelines.

The fall sports season is set to begin March 5.

“There are multiple layers on what will be allowed, and we’re trying to figure out what we want to do,” Walter said. “The first thing is to find out who’s willing to play. Then, is what will be allowed to be played. Will football happen or not? How do we fill out a schedule if it is? It’s all still preliminary.”